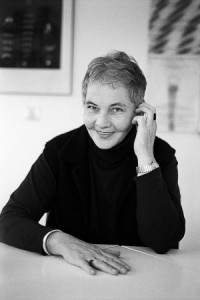 Christiane Nüsslein-Volhard is worthy of superlatives: in 2000, science journalists voted her “German scientist of the decade”. Academic excellence was not the only criterion; the journalists also took into account how the researchers present themselves and their cause, the role they have taken in society and how clearly they express themselves. Each reason the journalists gave for their choice of Nüsslein-Volhard was more impressive than the one before: her research had something epoch-making, she opened up a huge area of research that would open up new funded opportunities for young scientists and the possibility of a second Nobel Prize has not been ruled out. Speaking of prizes, there is probably no significant award that Nüsslein-Volhard has not received. In 2013 she became Chancellor of the Order “Pour le Mérite”, the highest German Order of Merit of Sciences and Arts. Last year she received the Bavarian Order of Maximilian for Science and Art for her life’s work. Her laboratory still continues to produce research reports. Two recent studies helped throw light on the cellular processes during the creation of stripes in zebrafish. They showed that all of the various cell types interact with each other. These studies provide the basis upon which to “speculate” about the origin of colour patterns in other animals, such as peacocks, tigers and zebras, as the Dame put it. Nüsslein-Volhard has also published books aimed at a wider audience, explaining her field of research thus: “We are trying to explain how cells in an egg know if and when they should become skin or brain or whether they should take on the overall shape of a fly or a person.” Nüsslein-Volhard demonstrates impressive single-mindedness. She forms opinions on research policy issues, but will not be drawn in by one side or the other of an argument. This quality has made her a perfect fit for her role on the German Ethics Council and helped hers to be an important voice in the urgent discussion around genetic research. Her attitude towards gender quotas may sometimes have been misunderstood, but stems from the concern that accomplished female scientists may be simply dismissed as quota women. However, the Nobel Prize laureate has not forgotten about the subject of advancement of women. In 2004 she formed a foundation that aims to provide young female scientists with children the freedom and mobility they need to pursue a career. In addition to the financial assistance provided, another positive effect for young female researchers who are awarded the scholarships is increased media coverage. 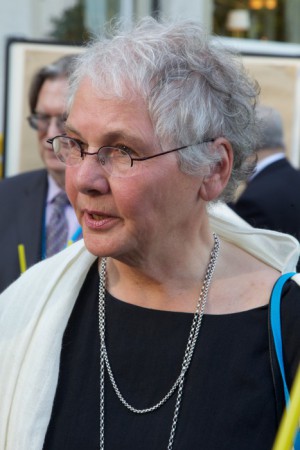 But let’s take a step back. How did the Nobel laureate arrive at her subject? In an interview with Jeanne Rubner for the book “Frauen die forschen“ (“Women Who Research”) Nüsslein-Volhard explains how the question about how animals develop had previously been researched on large embryos, such as frog embryos. Pieces from one embryo were implanted in another. In a separate line of research, geneticists studied how genes are passed from one generation to the next and how they determine characteristics. Nüsslein-Volhard’s approach was to combine both lines of research. Together with her American colleague Eric F. Wieschaus, with whom she later received the Nobel Prize, she identified and systemised the number of genes in a fruit fly egg. At the same time, her colleague Edward B. Lewis, the third in the group of Nobel Prize winners, found out how genes control the development of various body parts. Although her findings were based on the fruit fly, it later turned out that they have a wider application, as genetic control mechanisms have, by and large, remained unchanged throughout evolution. 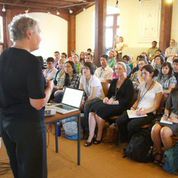 The Lindau Mediatheque has a video of a presentation that Nüsslein-Volhard delivered in 2010: “On the Genetic Basis of Morphological Evolution”. In it she follows the path from Darwin’s insights, all the way to her team’s current zebrafish research. In her summary of the presentation, she comments that through her research she would like to contribute to the understanding of the origin of beauty in nature. Incidentally, it is no coincidence that Nüsslein-Volhard worked with the fruit fly and then later with the zebra fish. Zebra fish eggs are transparent and develop outside the mother’s body. This makes it possible for researchers to observe the development of the embryo and transparent larva without harming the adult animals. Nüsslein-Volhard has said that she would not like to use mice embryos for research purposes, because she is “sensitive” about that, she admits.