Young Scientists at #LINO70: Lučka...
Back

The VR game Bug Off Pain explains the use of spider venom toxins as painkillers. Photo/Credit: Bug Off Pain

Lučka Bibič will participate in the 70th Lindau Nobel Laureate Meeting (27 June – 2 July 2021). Here the young scientist from Slovenia, who is developing a health app in Limburg/The Netherlands, explains why science communication is important for her, what her daily life looks like now and how she found her way into science. 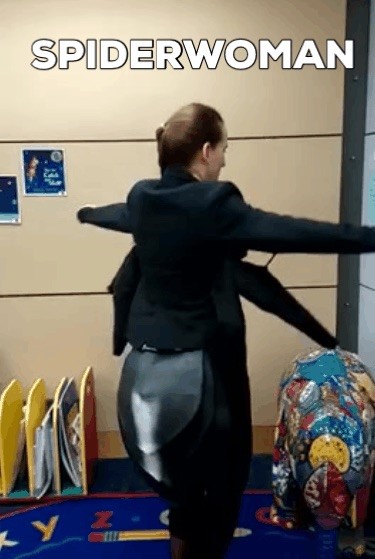 Lucka dressed as a spiderwoman, talking about her research to kids. Photo/Credit: Courtesy of Lucka Bibic

I am leading an interdisciplinary team of 15+ people here in Limburg as a product owner. We create health-tech apps to inspire health and wellbeing globally.  So imagine an app that supports people who are on their road to burnout. That’s especially important nowadays since the demand for digital support concerning mental health is growing. My work offers me the opportunity to combine my interest in digital platforms and science communication.

No Talent for Singing but for Science

My career background shows that I have been following these two aspects for a quite a long time: When I was a kid I loved singing and dancing – I wished to be an actress in a Disney movie. But soon I realized I was not good at singing, so I started to wonder why I was not able to hit the right tone. I must say, it was quite fascinating. One could even say that this was my first scientific project! Then, I found out that our brain is to blame for me not hitting the right pitch and somehow, along the way I started to become a scientist. 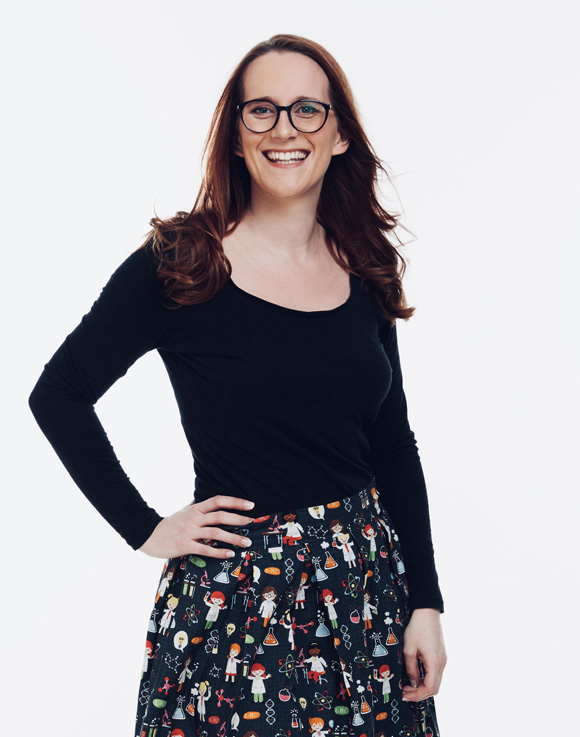 Later I studied pharmaceutical sciences at the University of Ljubljana and completed my master’s degree at the University of Copenhagen. Then I moved to Sydney to improve my skills in academic English. In Australia I met a lot of interesting people that inspired me to deepen my scientific interests. I was quite curious, so I found collaborators and decided to apply for Ph.D. positions.

Soon, I went to England to work on spider venom toxins. My project dealt with the question how it might be used to treat chronic neuropathic pain. But at the same time, I really wanted to tell the world what my research is all about.

Then, I saw someone using VR goggles and I immediately had this peculiar light bulb moment: I am going to develop a game about spiders to present my research in an entertaining way. So I became aware of my wish to communicate science and show that science is fun!

In the meantime I have started several projects for science communication alongside my VR game Bug Off Pain. On Twitter, I am known as the Spiderwoman, but only a while ago I became the producer of a science podcast and writer of dozens of articles.

I really love to talk to other scientists, delve into new topics and create content that convinces people that science is anything but boring – it’s an exciting adventure that opens a new world for you.

I look forward to meeting scientists from all over the world and from various backgrounds during the 70th Lindau Nobel Laureate Meeting. The Lindau Online Science Days 2020 were a great opportunity to get in contact with some of them and to connect on social media. And I would like to talk with the Nobel Laureates about their career paths!

I am especially eager to hear stories from the ones whose career was not linear but had to go via some inspiring detours – such as my way from the dream to be a pop star to working in the digital health sector as a scientist.

In case you are interested in my podcast, here’s my favourite episode, called Meet the Octobot.

Within the next three months you will find more young scientists who are selected for #LINO70 on the blog to learn more about their career, their research and their plans for the future.

Further articles in this series:

Jayeeta Saha about a green pathway to generate hydrogen

Robert Mayer about the prediction of chemical reactions

Daniel Reiche about his work as a theoretical phyisicist

Dr Lučka Bibič leads a team that creates content for a health and wellbeing app in the Netherlands. After studying pharmacy in Slovenia she received her master´s degree in Denmark, later she moved to Australia before she started her PhD project about spider venom toxins against chronic pain in England. She aims to show that science is a lot of fun and is happy to participate in #LINO70.