Charlotta Lorenz: Exploring proteins and teaching up a storm in Göttingen

Next is Charlotta Lorenz, who grew up near Oldenburg in northwest Germany and completed her undergraduate studies at the University of Göttingen. She stayed on at the university to do a Master’s degree in biophysics, which included time at the University of California, Santa Barbara in the US.

When you came to Lindau in 2016, you were a visiting student in California for your Master’s degree. How has your career unfolded since then?

After the Lindau Meeting, I flew back to the US to collect more data for my Master’s thesis. In October 2016, I returned to Göttingen to get my Master’s degree at the University of Göttingen and started a PhD in Professor Sarah Köster’s group in summer 2017. In 2018, I got a scholarship from the German National Academic foundation (Studienstiftung), which makes up the largest part of my income now.

Currently, we are trying to quantify and model the mechanical properties of proteins that act like safety belts and shock absorbers in cells. As you know from the safety belt in your car, there has to be some component of the safety belt that activates it when you break and we are particularly interested in this aspect. We are also trying to link the structure of the protein to its mechanics. Our findings are relevant for wound healing, embryogenesis and cancer research. Fortunately, my research is going well and we’re very close to publishing a paper.

What do you most enjoy about your PhD?

I’m having a fantastic time working on my PhD, because I have huge freedom to study what I want and I can learn something new every day. If I want to understand the details of some algorithm, I can just look at it more closely, and if I want to do another experiment, I go to the lab. There is no economic pressure for high quarterly figures or something similar. It’s also a great pleasure to work with highly motivated and smart colleagues.

Last year you won an outstanding Teaching Assistant Award for PhD Students in the Faculty of Physics in Göttingen – congratulations! Tell us about your teaching. Why do you think good teaching is important?

The Outstanding Teaching Award is awarded to teaching assistants who get a very good evaluation from their group: you have to be among the PhD students with the best evaluation score, then, a committee of professors and students chooses an overall winner. I was teaching tutorials for the third-year undergraduate course “Introduction to Biophysics” to about 14 students. My session started on a Tuesday at 8:30 am, which was very – and maybe too – early for the students, as they told me! However, they kept coming!

Good teaching is crucial to ensure that many people understand physics ─ or whatever you teach ─ better. It’s also vital to excite other people about your own subject. Quite a few people join a research group because they had good teachers from that research group. I guess there’s also a similar effect in high schools.

If you’re a nice and not stereotypically nerdy teacher, you can also fight prejudices against scientists. And, of course, I also learn many new things ─ not just in physics, but also in pedagogy ─ when I prepare my tutoring sessions.

Do you have any advice for other early career scientists based on your experiences so far?

Actually, I don’t know, because I am at a very early stage of my career, but I think these two things are important: Firstly, I did not care too much about what people or society expected me to do or what other people thought might be the right choice. If you are interested in some topic, but nobody else is, or you might be even called nerdy or geeky, just do it. Real friends will still hang out with you.

Secondly, even though some applications for scholarships or university applications are very tedious or take a long time, still try it! You can’t lose much except time. And if your application is successful, it was more than worth applying!

I really enjoyed the Lindau Meeting in 2016 – the lectures were very inspiring, and there was also lots of time to discuss research with other young scientists – and the Nobel Laureates of course. There was one evening when we were seated at long tables with our favourite Nobel Laureates. It was absolutely amazing to sit next to Johann Deisenhofer for an entire evening and talk to him about research, but also life beyond research, for example life in the US. That was super interesting and inspiring!

I also really liked the lectures, given by the Nobel Laureates, and I particularly liked Carl Wieman’s talk about teaching physics. Wieman mentioned that it is much more effective to learn on your own with a book compared to sitting in a huge lecture hall taking notes from the board, because note-taking distracts you from the lecture content. However, that is still how most lectures are given. That made me re-think a lot about teaching. Since then, I try to get even more direct feedback from my students about whether they understand a problem or not.

The talk by Carl Wieman definitely impressed me, and I try to turn my teaching towards more interaction with the students. Also, I learned that Nobel Laureates are absolutely happy to share their knowledge. Thus, I invited Stefan Hell to talk in front of students from the National German Academic Foundation (Die Studienstiftung des deutschen Volkes, who gave me my scholarship). He gave a great and exciting lecture to the students last November.

Are you still in contact with people you met at the meeting?

Yes, one of my very good friends went to the same meeting as I did and we found out about it only a few days beforehand. I am also in touch with other young scientists from the meeting from time to time.

I am also still in touch with my host family in Lindau and it was absolutely amazing to stay with them last year. We visited a local traditional festival together and my boyfriend and I kayaked around Lindau island.

All participants can look forward to a fantastic, diverse and fun week. There will be serious talks and discussions, but also a traditional costume evening – the Bavarian Evening during the meeting – for which you can wear the traditional costume of your country. That was a lot of fun in 2016. Concerning the representation of women among the Nobel Laureates, in 2016, Ada E. Yonath gave a lecture and this year Donna Strickland is able to join as well. 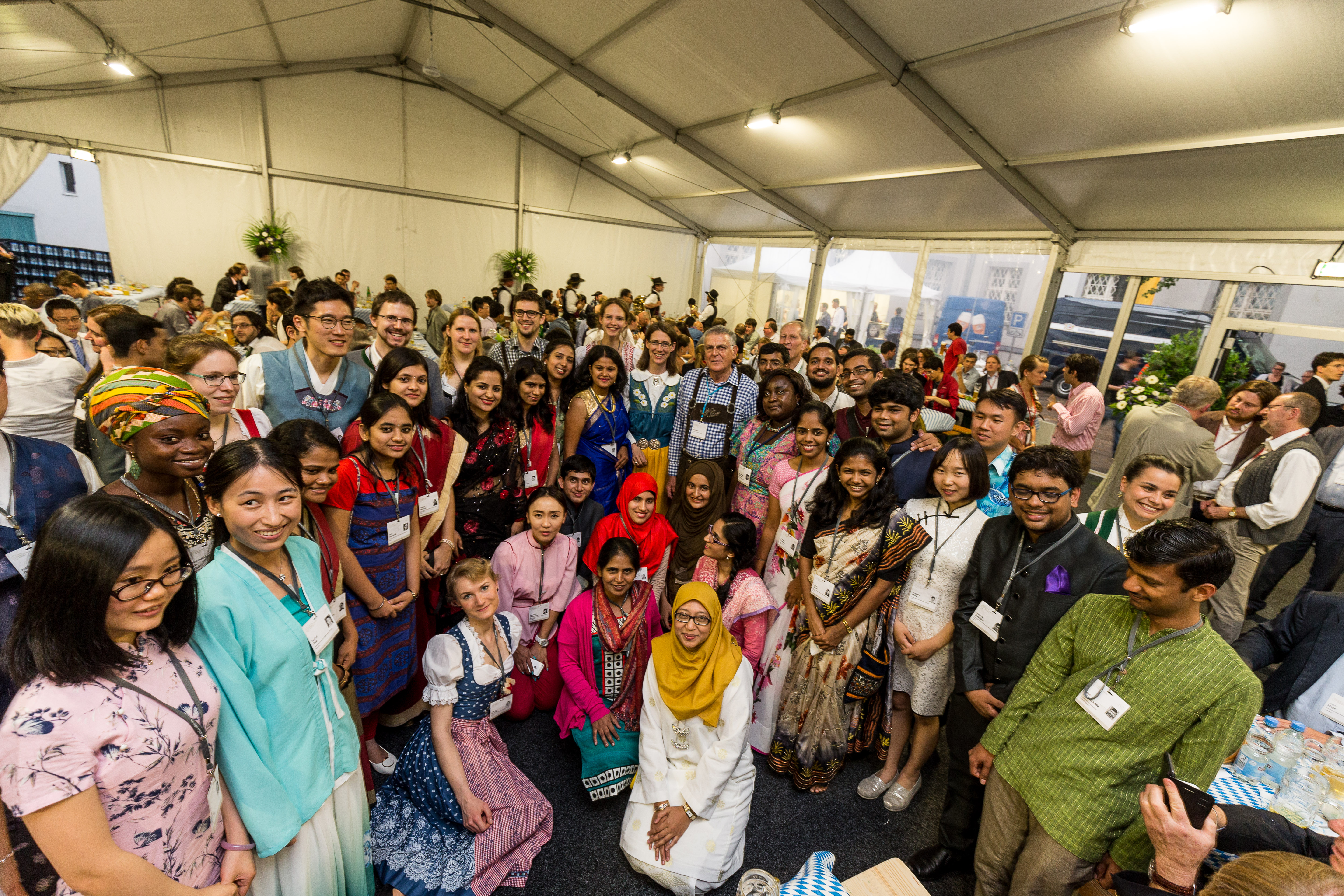 Enjoy your time! And if you are able to catch a glance of the participant list (not only of the Nobel Laureates, but also of the other young scientists!), think about who you want to talk to and who works in your field as well. There are quite a few people at the meeting and it might be helpful to do some research beforehand.