The ‘Wonder Material’: How Graphene...
Back

In 2010, Andre Geim and Konstantin Novoselov were awarded the Nobel Prize in Physics “for groundbreaking experiments regarding the two-dimensional material graphene.” Konstantin Novoselov will participate in the 69th Lindau Nobel Laureate Meeting next summer. Learn more about the many ways how the ‘wonder material’ graphene could better our lives and which hurdles have to be overcome to do so.

Since it was first forged in 2004 by a group of researchers at the University of Manchester led by Andre Geim and Konstantin Novoselov, graphene has emerged as one of the most promising nanomaterials due to its unique combination of properties. Before the groundbreaking discovery, scientists used to think that two-dimensional crystalline materials couldn’t exist due to thermodynamic instability. Remarkably, using ordinary Scotch tape, Geim and Novoselov were able to isolate monolayer graphene from a piece of graphite. To this day, mechanical exfoliation is the simplest way to produce graphene flakes, although more recent methods have produced graphene with fewer impurities. For their work, Geim and Novoselov were awarded the Nobel Prize in Physics in 2010.

A honeycomb lattice made of a single layer of carbon atoms sounds fragile; however, graphene most certainly doesn’t fit that description. Not only is it the thinnest material (0.345 nanometers), but it’s also the strongest – 200 times stronger than steel. Graphene’s remarkable mechanical properties don’t stop here. For instance, graphene is also elastic and lightweight (0.77 milligrams per square meter), which means you would only need a single gram of graphene to cover an entire football pitch. As such, graphene could become an indispensable component in composites or coatings for anything from aircraft and spaceships to buildings.

Graphene is also an excellent electrical and thermal conductor thanks to its crystal and band structures. Even at room temperature, the ‘wonder material’ is a zero-overlap semimetal with remarkable electron mobility. This makes it a promising material for flexible electronics, solar cells, batteries, and high-speed transistors – all of which have very practical applications.

Here are just a few ways researchers around the world are planning to use graphene to enrich and better our lives. 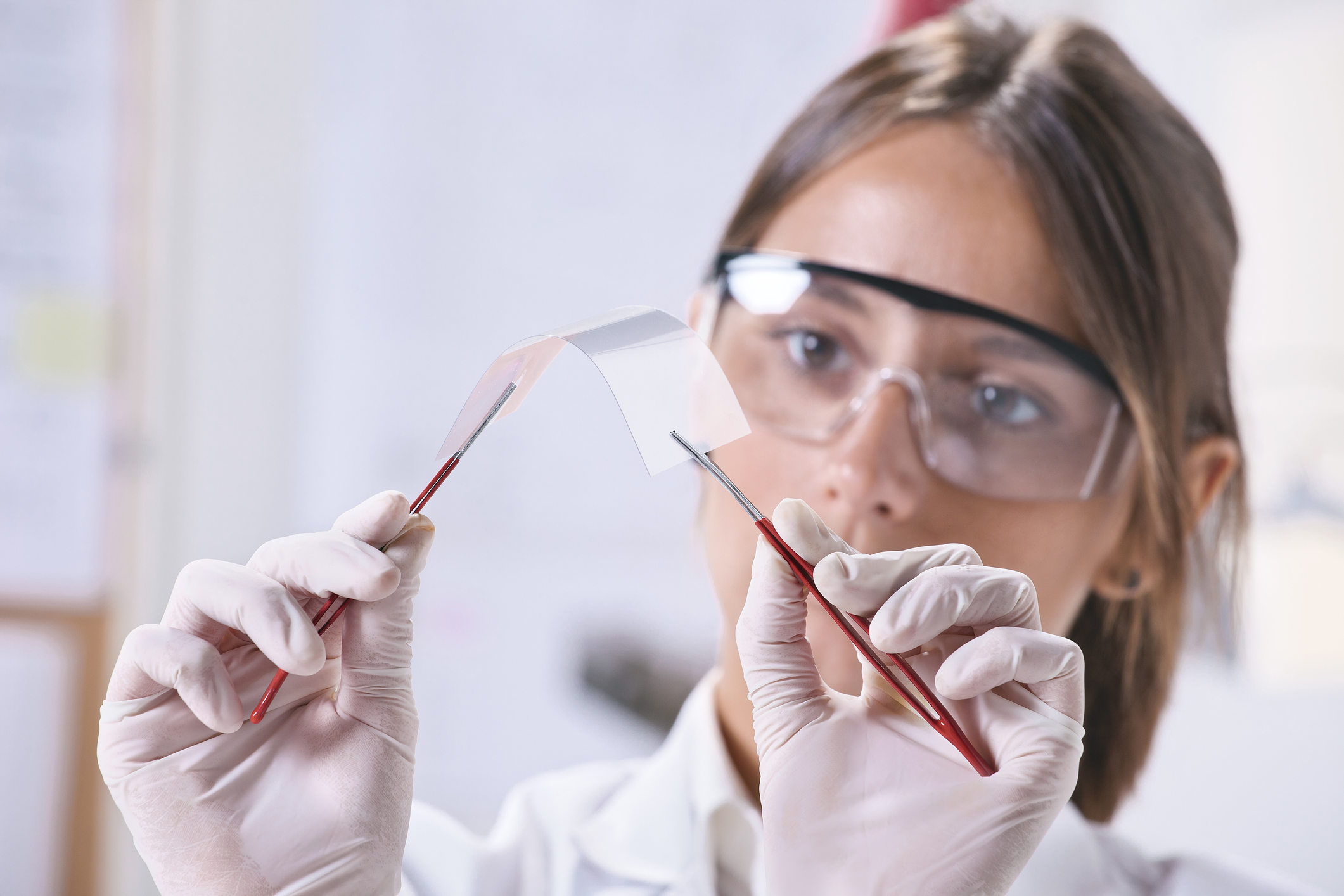 Graphene has remarkable properties: it is not just the thinnest but also the strongest material, it is elastic and lightweight and an excellent electrical and thermal conductor. © iStock/BONNINSTUDIO

Graphene is poised to become a central component of the energy infrastructure. For example, one important application is something that you likely interact with on a daily basis: your phone. Researchers at the Northwestern University experimented with graphene-based electrodes for lithium-ion batteries that could allow phones to hold a charge up to ten times longer and load ten times faster than current technology. Elsewhere, in Australia, researchers at RMIT University devised a graphene-based electrode for supercapacitors that could boost current solar energy storage by an astonishing 3,000%. Speaking of which, since it transports charge much faster than most other materials, graphene could also become an indispensable material for ultrathin, flexible, inexpensive solar cells (once the problem of graphene’s short carrier lifetime is solved). Multifunction graphene mats could also prove valuable for catalytic systems for fuel cells.

Many believe graphene will replace silicon in computer chips since charge can move faster through the 2D material than through silicon. According to estimates, graphene might one-day enable terahertz computing – computers that are 1,000 times faster than today. However, in order for graphene to be employed in transistors, it needs to be doped with impurities because it lacks the necessary band gap – it’s just too good of conductor in its purest form. Other research groups are thinking about applying a magnetic field to graphene ribbons in order to change the resistance of current flowing through them. Much like a valve controlling the flow of water through a pipe, transistors act as on and off switches for electricity. Although graphene transistor isn’t ready yet, research groups around the world are converging towards this goal, so it might be only a matter of time before computing is reinvented. 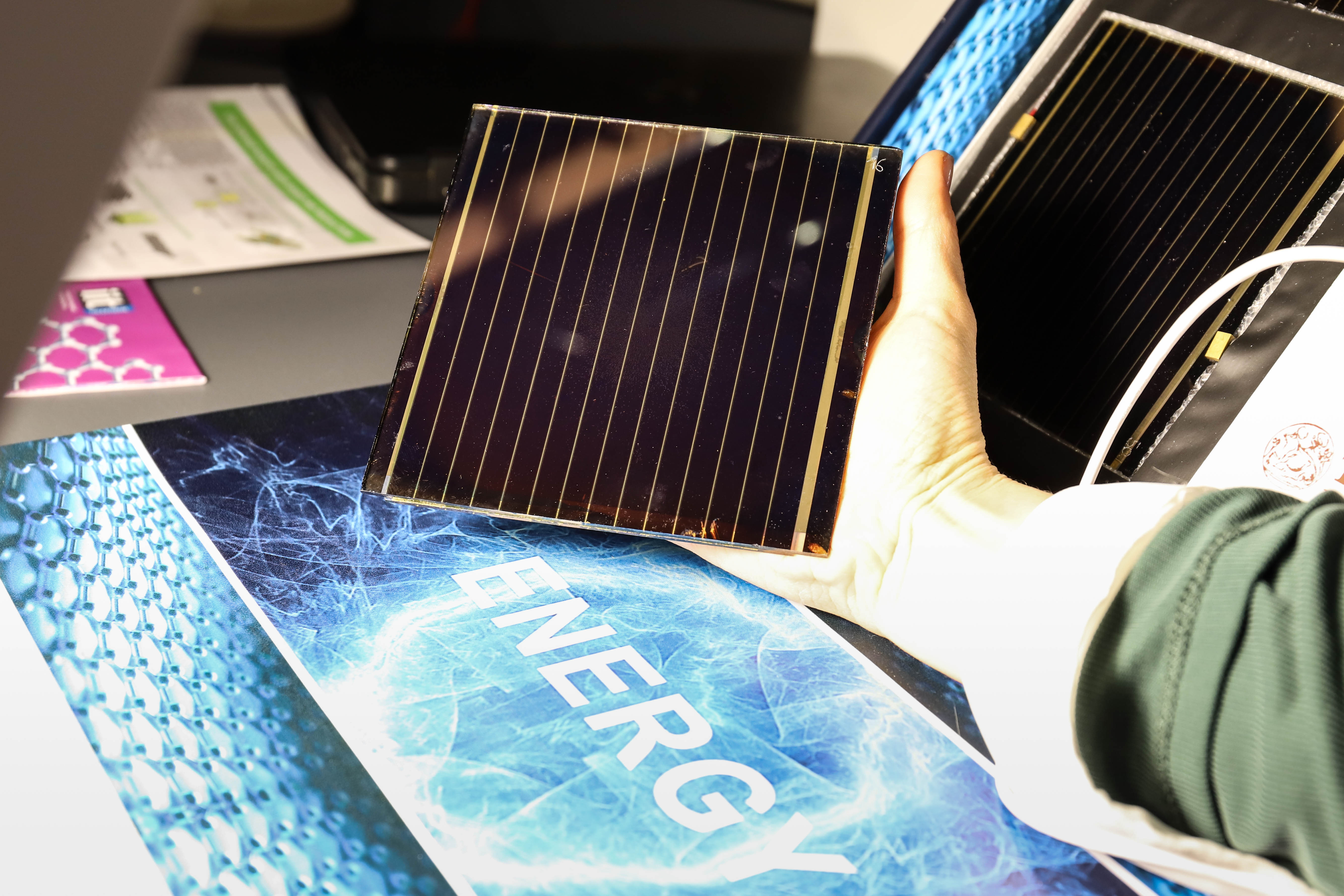 Australian researchers devised a graphene-based electrode for supercapacitors that could boost current solar energy storage by an astonishing 3,000%. © Graphene Flagship.

Today, one in nine people lack access to safe water and one in three people lack access to a toilet. In order to bridge the gap, scientists at Australian research center CSIRO have used graphene to create a simple filtration system that allows water molecules to pass through nanochannels on a membrane’s surface while stopping pollutants with larger molecules. Meanwhile, Researchers at MIT say that graphene could provide a revolutionary way of turning saltwater into clean drinking water.

In 2013, Chinese researchers announced they had developed the most lightweight material ever – a sponge-like material made by fusing freeze-dried carbon with graphene oxide. Called the Graphene Aerogel, the graphene-based sponge weighs only 0.16 milligrams per cubic centimeter and is capable of absorbing oil in quantities up to 900 times its own weight. In the future, such sponges could prove indispensable to clean oil spills.

Looking towards the future

Is all of this hype justified? Graphene’s properties are truly remarkable and versatile, but there are still some challenges that need to be addressed before the material enters consumers’ lives. The rate of progress that graphene-based technology can hope to achieve is directly tied to manufacturing. Some applications require single-layer graphene with as few impurities as possible, but right now, the most effective methods (mechanical exfoliation and chemical vapor deposition) are not cost-effective enough yet to be suitable for production at scale. However, manufacturing of graphene flakes (few-layer or multi-layer) has started to get off the ground, which means less demanding applications could soon bring their graphene-based products to the market in increasing numbers.

Although it’s been fifteen years since graphene was first isolated, the material is still in its ‘baby years’. Most of the components in your smartphone, from the microprocessor to touchscreen, were first invented in the 1960s or prior to that time but it took many decades before the technology was mature enough to transition into the consumer market. In many respects, graphene research is growing at an astonishing rate with respect to other novel materials. For instance, there are now nearly 60,000 graphene-related patents, half of which were filed in the last three years.

Investments in graphene R&D are also riding an exponential curve. For instance, the European Commission has launched the Graphene Flagship initiative, which aims to bring together “academic and industrial researchers to take graphene from the realm of academic laboratories into European society in the space of 10 years.” With a budget of €1 billion, the consortium consists of over 150 academic and industrial research groups in 23 countries.

Although graphene is still way ahead of its time, there are reasons to believe that it won’t be very long before almost every industry is disrupted by it.

We should all be very excited about a future spearheaded by graphene.

Additional information: Graphene will be the main topic during a Science Breakfast at the 69th Lindau Nobel Laureate Meeting; this programme session will be hosted by the Graphene Flagship, Europe’s biggest ever research initiative. 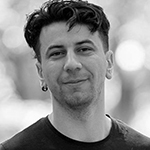