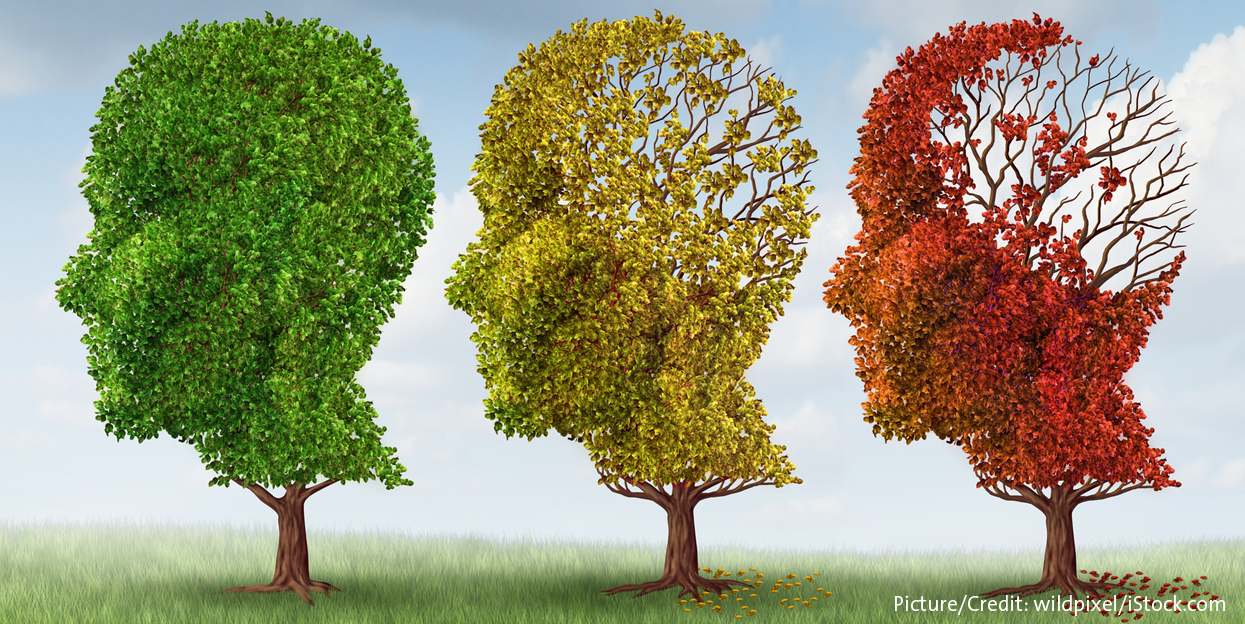 Ageing seems to be an inevitable part of life, in fact, every organism appears to have a pre-set limited life span, sometimes this covers several decades and sometimes merely weeks. Over the course of this life span, one cornerstone of the ageing process is the so-called “Hayflick limit”, named after Leonard Hayflick, who in the 1960s discovered that cultured normal human cells have a limited capacity to divide. Once that limit is reached, cell division stops and a state of replicative senescence is entered – a clear cellular marker for ageing. On a molecular level, this limit is due to shortening telomeres. Telomeres are specific regions at the end of chromosomes, and with each cell division, and thus genomic replication, this region gets shortened until the replication can no longer be completed.

This process explains the basic molecular ageing process for most cell types, not, however, for neurons. Because brain cells do not divide at all; therefore, the Hayflick limit cannot be the reason for their demise. Thus, the brain and its function should remain stable until the end of our lives. And yet, a major hallmark of ageing is loss of brain matter volume and loss of cognitive abilities – even in the absence of clear-cut neurodegenerative diseases, such as Alzheimer’s disease. Moreover, not everyone seems to be affected by age-related cognitive decline – there are several examples of cognitively sharp and highly functioning individuals well into their 80s and 90s and beyond, while other, seemingly heathy, seniors show severe cognitive impairments at the same age. What causes this difference? What causes our brains to stop functioning, and can we prevent this?

Let’s start at the volume loss: under “healthy” ageing conditions, i.e., without the occurrence of neurodegenerative diseases, the brain volume loss is due to a loss of connections rather than due to a loss of cells. In other words: imagine flying in a helicopter over a thick, green, leafy forest – you can barely see the ground underneath the treetops; this is your young, healthy brain. Years later, you’re flying over the same forest again. The number of trees has remained roughly the same, but now many of them have lost a few branches and leaves and now you can see the ground below.

A loss of synapses and dendrites would account for the structural (and functional) changes that occur in the aging brain. But why are they lost? Recently, several molecular changes that have long been used as senescence markers in dividing cell lines have also been found in aging neurons. For instance, an increase in senescence-associated beta-galactosidase activity and an age-dependent increase in DNA damage have been observed in aged mouse brains. Under healthy cellular conditions beta-galactosidase is an enzyme that catalyses sugar metabolism and thus plays a pivotal role in the cellular energy supply. Although the mechanisms behind it are still unclear, the enzyme accumulates in aging cells and is a widely used molecular marker for senescent cells.  However, when it comes to its accumulation in neurons, there is some debate whether these changes are truly age-dependent. The mechanisms behind the accruing DNA damage also remain unclear since it couldn’t occur during cell division.

Leaving the cause of such changes aside – what are their consequences? Could they be the reason for age-related cognitive impairments? At least for the changes in galactosidase activity there could be a connection: increased activity of this enzyme results in a lower pH-level within the cells. This in turn affects the functionality of lysosomes – small vesicles with a very acidic pH that function as a “clean-up-crew” for used or malfunctioning proteins in the cell, which were first discovered by Nobel Laureate Christian de Duve. If the pH of the entire cell drops, the function of the lysosomes could be disturbed, leaving unwanted proteins to aggregate within the cell. If the cell is “preoccupied” with internal protein aggregates, outward functions such as signal transmission and the likes suffer, eventually leading to phenotypic changes such as cognitive decline. In a similar manner, accumulating DNA damage could also lead to functional changes.

Another reason why many synaptic connections are lost with age could be that as we get older, we learn and experience fewer new things. Neuronal connections, however, must be used to stay intact, otherwise they degrade.

As with many age-related ailments, life experiences and exposure to toxins also seem to affect our cognitive abilities in old age. For instance, according to a recent study, even moderate long-term alcohol abuse can negatively affect cognition in later years. However, an ongoing study at the Albert Einstein College of Medicine in New York also highlights the importance of ‘good’ genes. The Longevity Genes Project follows more than 600 so-called super-agers aged over 90 and is aiming to identify certain genes that promote healthy ageing. According to the lead investigator, Nir Barzilai, the goal is to develop specific drugs based on these genes and thereby halt or at least slow down the aging process.

Aside from certain genes that seem to positively affect the way we age, there is something else that has been shown to even reverse the aging process and its unpopular companions such as hair loss, decreasing muscle tone and cognitive decline: the blood of the young. In a much-hyped paper from 2014 researchers from Stanford University show that infusing old mice that are physically and cognitively impaired, with the blood of younger mice at least partially reverses the effects of ageing. After treatment, the old mice solved cognitive tasks faster and more accurate, their muscle tone improved and even their coats looked better again. Ever since then, Tony Wyss-Coray, the senior researcher of the paper, and his colleagues have been trying to identify the specific component that drives this improvement. With his startup company Alkahest he even ran a first very small human trial in 2017, which – if nothing else – proved that the treatment with young blood was safe. For this trial the researchers infused plasma (blood without the red blood cells) from young donors for four weeks into patients with mild to moderate Alzheimer’s disease. Although there were no apparent adverse effects of the treatment, the patients also did not improve when undergoing cognitive testing. However, the mechanisms underlying Alzheimer’s dementia are distinct to those underlying cognitive decline in healthy ageing individuals. Hence, cognitively impaired but otherwise healthy elder individuals might in fact benefit more from such infusions.

While we now know a lot more about age-related structural, cellular and molecular mechanisms that could lead to cognitive decline, a specific and unifying culprit has not yet been identified. Nevertheless, Wyss-Coray, Barzilai and others are currently working on finding a cure for age-related cognitive and physical decline, thereby hoping to turn aging from an inevitability of life into a minor error that could be cured.

Topic Cluster: Why Do We Get Old?