News that scientists have detected gravitational ripples left behind from an ancient black hole collision or have discovered a humungous black hole feeding off the stars of a distant galaxy no longer inspires amazement from scientists or the general public. Quite apart from attention being drawn towards more pressing domestic events in 2020, the world has become accustomed to the idea of a universe littered with black holes, particularly now that the first direct visual evidence of a black hole has been shared across the world. But it hasn’t always been this way.

If we cast our minds back just five years, it was far from clear whether black hole mergers could be detected. If we go further back, 20 years ago, doubts remained that a supermassive black hole resides at the heart of our Milky Way. And some readers may even recall a time when black holes – or ‘dark stars’ as they were known – were regarded as purely theoretical speculations. 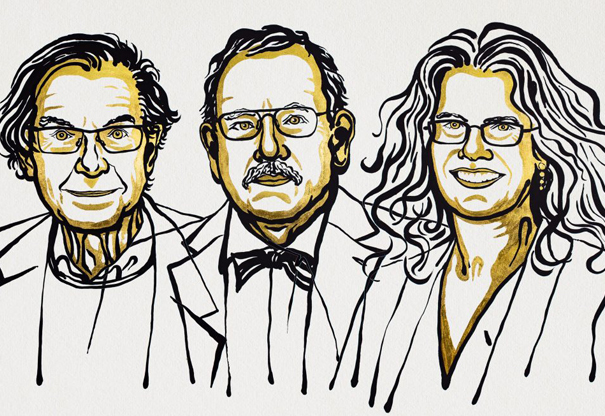 Though the 2017 Nobel Prize in Physics went to key members of the Laser Interferometer Gravitational-wave Observatory (LIGO) that detected the first black hole merger, the award emphasised the discovery of gravitational waves and how they open a new window to the cosmos, much less about the exotic objects that generated them.

This year’s Nobel Prize in Physics is the first given specifically for black holes, honouring some of the key pioneers whose contributions took black holes from an amusing topic of conversation at high-brow dinner parties to a real physical phenomenon.

Mathematical physicist Roger Penrose received half the Prize “for the discovery that black hole formation is a robust prediction of the general theory of relativity.” The other half was jointly awarded to astrophysicists Reinhard Genzel and Andrea M. Ghez “for the discovery of a supermassive compact object at the centre of our galaxy.”

Trapped in a Black Hole

Dark stars were first envisioned in the late 18th Century. Using Newtonian mechanics, John Michell and Pierre Simon de Laplace reasoned that stars could become so dense that their gravitational pull would be strong enough to prevent even light from escaping.

Fast forward to the 20th Century and dark stars’ possible existence was given further credence after 1916 when Karl Schwarzschild, months before his death, published a solution to Albert Einstein’s then brand-new general theory of relativity.

Digging into the mathematics over the subsequent decades, researchers realised that Schwarzschild’s solution implied a cosmic object could form a singularity – a central point of immense density towards which matter collapses. The solution also expressed the minimum distance you need to be from the singularity to escape its gravitational grip – the Schwarzschild radius.

Though intriguing, up to the 1960s such dark stars were regarded as unphysical, the type of perfectly round and symmetrical ideal objects was only suspected in the abstract world of mathematics. Penrose thought otherwise. At Birkbeck College, London, from 1964–65, he made key contributions that brought dark stars within the realm of possibility.

Most important of these was the notion of a ‘trapped surface’. Unlike a regular surface, which can have light rays shooting away from it in any direction, a trapped surface is a closed two-dimensional surface that only allows light rays to converge toward the centre. Penrose showed that in the context of a black hole any surface less than the Schwarzschild radius, even a distorted one, is a trapped surface. As a result, time and space switch roles and the direction inwards becomes time – escaping a black hole when inside is as impossible as going backwards in time.

By using trapped surfaces to build the first modern singularity theorem, and by developing Penrose diagrams to visualise the structure of spacetime containing black holes, Penrose’s seminal 1965 paper is lauded as the first post-Einsteinian result in general relativity, the spark for new understanding in physics and astronomy, and the origin of our modern view of what a black hole is.

Around the same time when Penrose was making strides in black hole theory, observational evidence was beginning to mount that most large galaxies, including our own, host gargantuan galactic anchors at their centre – supermassive black holes between a few million and many billion solar masses. 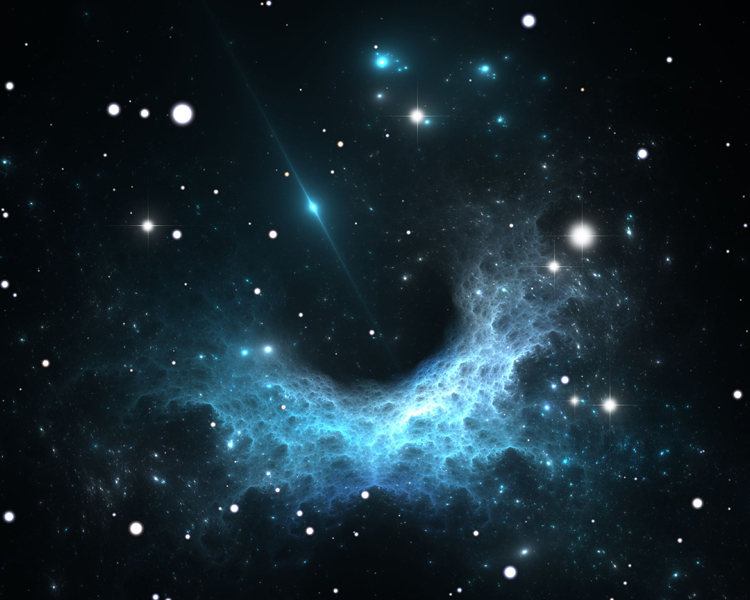 Black holes are in the focus of the Nobel Prize in Physics 2020. Photo/Credit: Pitris/iStock

Subsequently, decades of work brought evidence for a very bright and compact object – named Sagittarius A* – residing near the border of the constellations Sagittarius and Scorpius, making it a strong candidate for the location of the Milky Way’s supermassive black hole. But whether it was a single compact object or just a dense cluster of known objects was impossible to verify due to dust and gas obscuring the view.

When two observational teams – one led by Reinhard Genzel at the Max Planck Institute for Extraterrestrial Physics (MPE) and the other by Andrea Ghez at the University of California, Los Angeles (UCLA), – began their research programmes in the 1990s to peer through the dust clouds to the heart of the Milky Way and uncover the nature of Sagittarius A*, little had changed.

Both groups wanted to track stars orbiting near Sagittarius A*. If the region harboured a supermassive black hole, these stars would have tell-tale orbits, accelerating as they fell closer and closer to the centre. However, even using the most powerful telescopes at the time and observing in the near-infrared to peer through the interstellar dust, the blur of Earth’s atmosphere made it difficult to distinguish individual stars in orbit.

To compensate for this, both teams initially developed and used the technique of speckle imaging, which involved combining multiple brief exposures, each short enough to avoid extended atmospheric distortion. Unfortunately, this limited the teams to observing just a handful of the brightest stars and required lengthy surveys, meaning conclusive proof of the Milky Way’s supermassive black hole remained just out of reach.

The advent of adaptive optics at the start of the 21st Century changed the game. In adaptive optics, a laser is beamed into the night sky, creating an ‘artificial star’. Atmospheric effects translate to image distortions of the artificial star that are then decoded by an algorithm and counteracted in real time with small corrections to the shape of the telescope’s mirrors.

Both teams immediately jumped on the new technology and used it to peer once more at the stars surrounding Sagittarius A*. By 2008/2009, they finally had proof: the trajectories of several close-in stars indicated that Sagittarius A* measures less than 125 times the distance between Earth and the Sun, even though it contains 4 million solar masses. The only possible explanation? A supermassive black hole.