Lekker at Lindau: South Africa...
Back

International Day, traditionally held on the meeting’s Monday, is a spectacular affair every single year. One nation is chosen to share their culture, music, and food with the Lindau participants in a truly special, singular way. And my goodness, these countries and their representatives go ALL OUT. I remember in 2016, when Austria was the host. We took a boat across the Bodensee to have dinner in Bregenz. Um, yes, we just popped over to ANOTHER COUNTRY for supper. That’s how Lindau rolls!

So knowing that South Africa was going to host, I knew this mighty country’s representatives were going to go all out to make this as memorable and amazing as the nation itself is.

And spoiler alert- it was LEKKER!!! Like super, duper, fantabulously lekker. International Night consisted of two musical performances with magnificent costumes and dance, highlighting the majesty of South Africa’s cultures. The music was magical and Lindau participants couldn’t help but sing along and get up and dance with the performers. In fact, at one point, the audience was screaming for an encore and we hadn’t even had dinner yet! 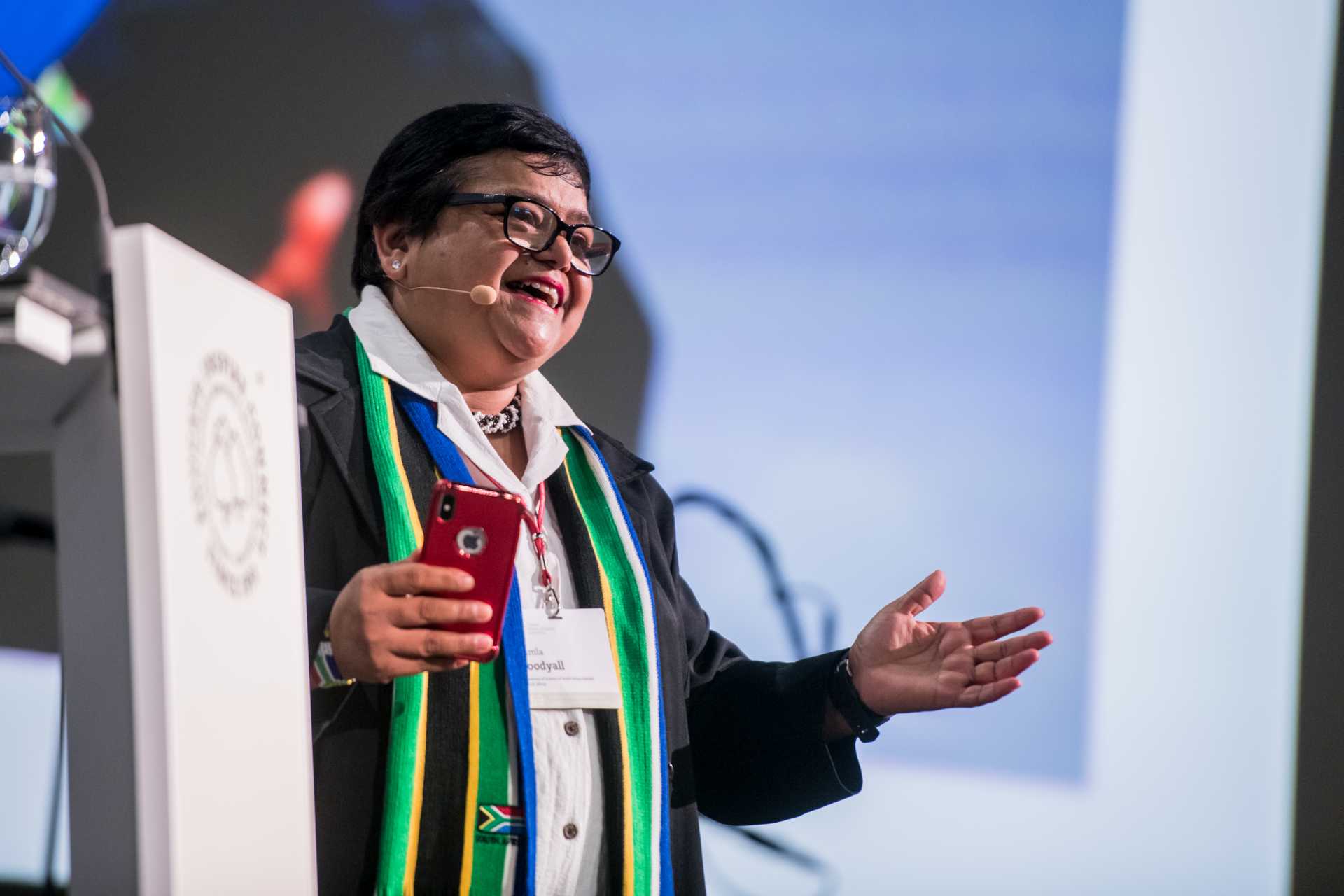 We were greeted by Himla Soodyall, Executive Officer of ASSAf, who also served as our master of ceremonies for the evening. Adorned with a South African flag pin and a scarf with the colours of the South African flag, she discussed why this is such an exciting time in the history and future of South Africa and why she was so proud to representing the first African nation to host the 2019 Lindau Nobel Laureate Meeting. We then stood for the playing of the South African national anthem, which is sung in five of the nation’s eleven official languages: Xhosa, Zulu, Sesotho, Afrikaans, and English. Then there was more music more food and more dancing and more celebrating!

This event was executed perfectly and I congratulate the team from South Africa for an amazing affair. But South Africa’s contributions to Lindau did not manifest themselves simply at this dinner. In fact, the team was active throughout the first day of the Lindau Meeting, and given that there are 20 young scientists and multiple members of the official delegation attending #LINO19, their presence will be clearly felt throughout the entire week.

My interaction with the South African delegation began a few weeks ago when I had the pleasure of interviewing a number of young scientists who are here. By skype and WhatsApp, I conversed with – maybe – three future Nobel Laureates:

Kameel Sooknunan, who just completed his master’s at the University of Cape Town and is headed to Imperial College London to purse a PhD. An astrophysicist, Sooknunan began teaching himself data science and machine learning techniques during his master’s to analyse astronomical data. At Imperial, he will continue this work in the astrostatistics group to develop tools and programmes that will be helpful to other scientists to analyse the deluge of data in astronomy. With an additional passion for education, he is already thinking about his long-term career plans. “I really enjoy teaching, and have been teaching for the last 5-6 years here. So being a lecturer to teach other people science would be nice. But I also enjoy problem solving, so going into industry might also be an option,” he says. But before he pursues these options, his objective is clear: “I would like to come back to South Africa and give back to the community first before I continue with my career. Because I have been very fortunate to have scholarships for my entire university career, I would like to pay that forward in some way.” 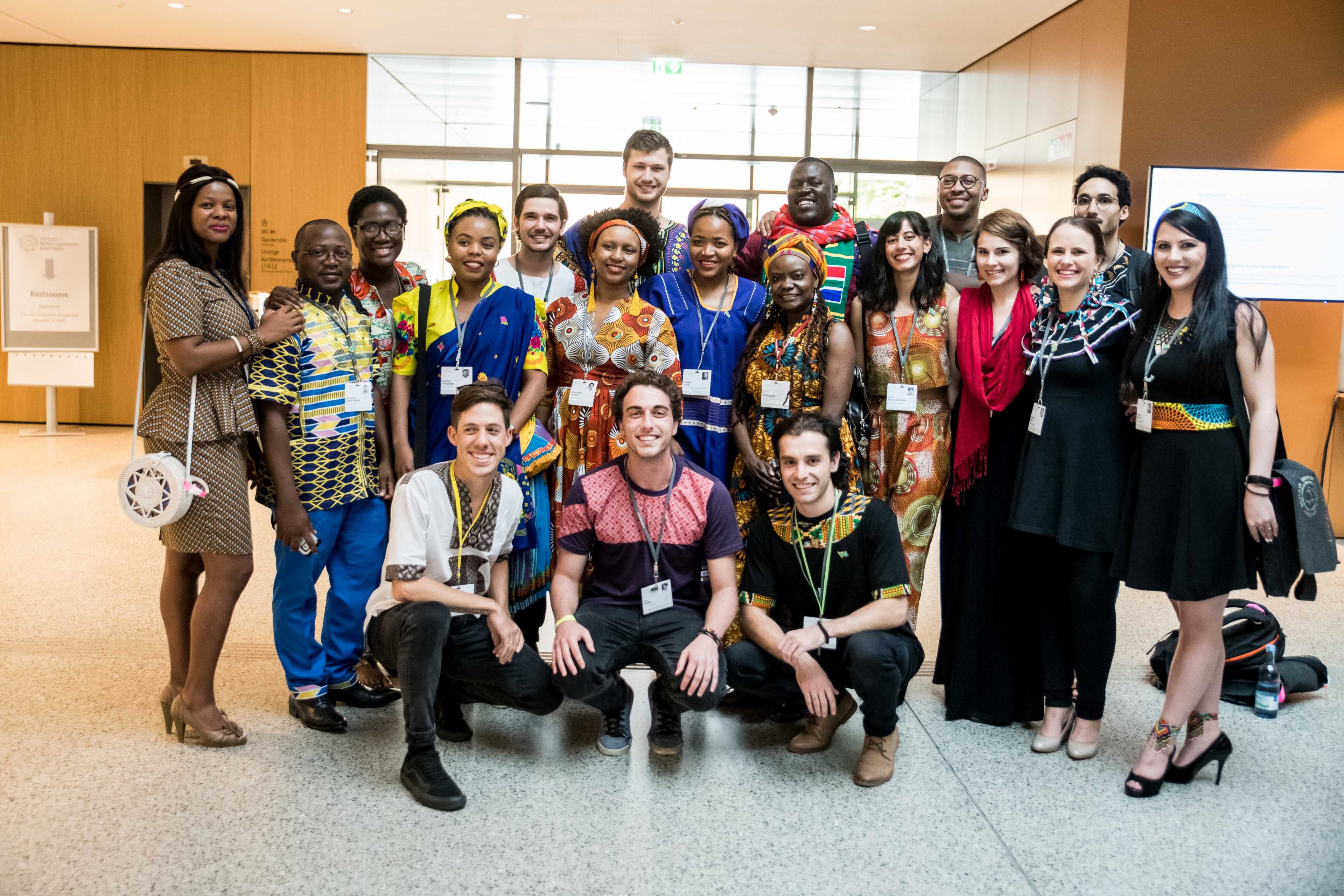 Tanita Ramburuth-Hurt, who hails from Johannesburg, and received her bachelors degree from the University of the Witwatersrand (Wits) with four (!!) majors in physics, maths, computational and applied maths, and astrophysics. After an Honours Year in physics at Wits, she is currently in her second year of her masters, also at Wits, in astrophysics with a focus on dark matter and diffuse radio emission in spiral galaxies. When she completes her master’s at the end of this year, she will be cruising towards a PhD in radio astronomy at another institution. “Astronomy and astrophysics are pretty much where it’s at in terms of science because of MeerKAT radio telescope which is the precursor to the Square Kilometre Array (SKA),” she explains. “Radio astronomy is one of the biggest scientific topics in the world, and especially in South Africa, so I am hoping to pursue a career in radio astronomy and be based here after my PhD.”

Genevéve Marx, a materials scientist, received her bachelor’s (materials development), Honours Degree, (physics), master’s (physics), and her doctorate (physics), almost all cum laude and all from Nelson Mandela University in Port Elizabeth. Currently a research fellow in the university’s Department of Physics and Centre for High Resolution Transmission Electron Microscopy (HRTEM), she uses electron microscopy techniques to analyse and make more accurate life assessments of steel used in coal-fired power plants. “We are having a microscopic look at the materials, looking more deeply and closely inside, and identifying where voids initiate that can turn into cracks,” she explains. “The goal is to save some money and protect the environment, because we are dealing with high pressure steam pipes. So it is quite crucial they operate efficiently.” She and her team receive samples from across South Africa and beyond.

So coming off of these successful interviews, I was additionally delighted to be able to attend the Partner Breakfast also on Monday, 1 July 2019, hosted by South Africa. The title of the panel discussion, following a wonderful networking breakfast, was “Global Science in Reaching for the Stars”.

The moderator for the conversation, Beverley Damonse, Group Executive, Science Engagement and Corporate Relations of the National Research Foundation, South Africa, set the tone immediately with a cheerful, passionate, and confident statement about her native land: “We have great dreams as a country,” she declared with a board smile. “2019 is the 25th year if our democracy and science and technology remain at the core of what we do as a country, because research excellence is a global economic indicator.” Indeed, she added, the South African government continues to invest in various STEM projects throughout the nation, including the SKA, biotechnology, and programmes for women in science, among many other initiatives.

Astronomy serves as a central cornerstone of developing South Africa through the advancement of STEM scholarship. As noted on the website for the South African Department of Science and Technology, the SKA project “is an important endeavour for Africa, with huge potential to contribute to and raise the profile of science, technology and innovation.” It is an international enterprise to build the largest and most sensitive radio telescope in the world, and will be located in Africa and Australia. 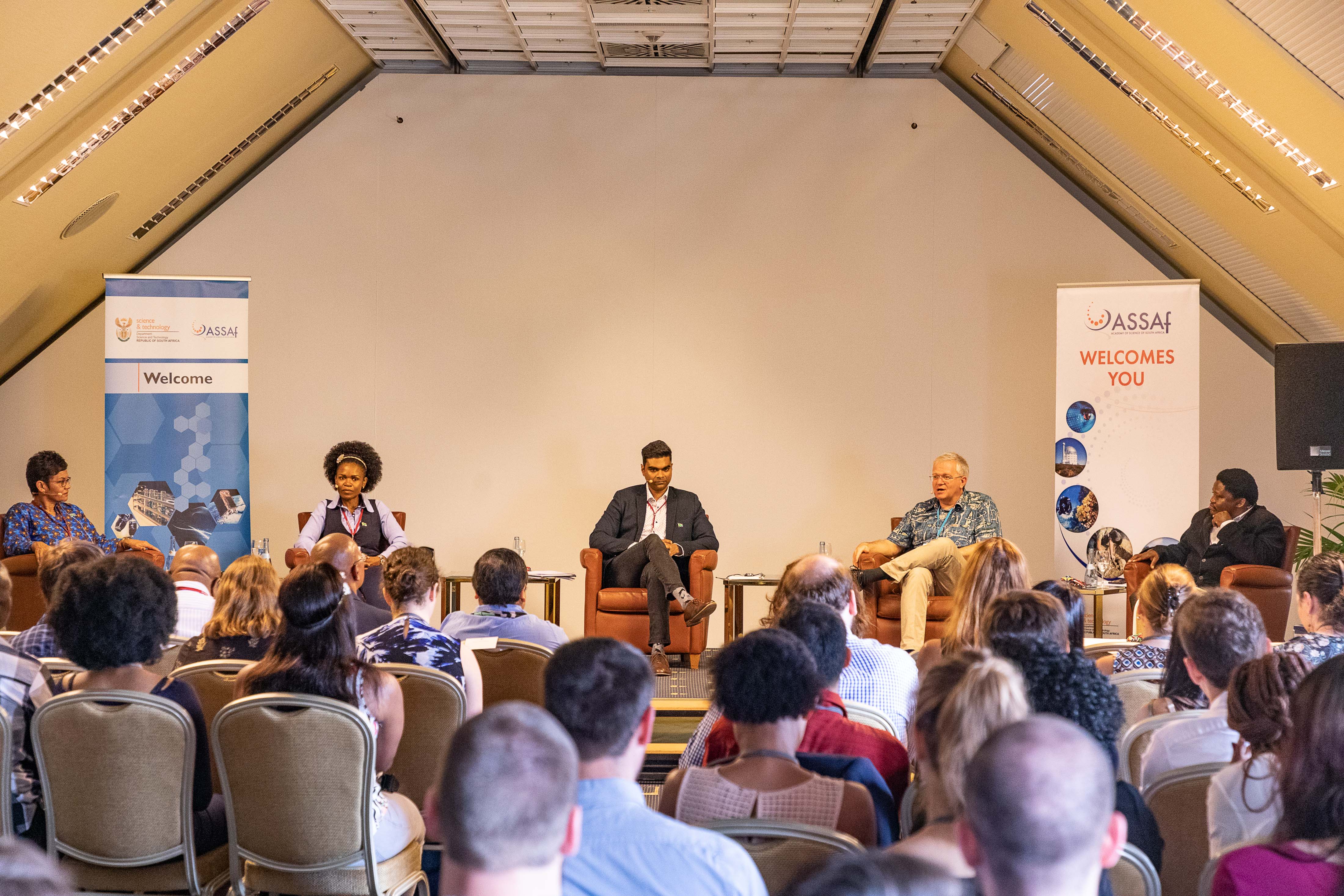 Supported by ten member countries, the SKA organisation has brought together some of the world’s finest scientists, engineers and policy makers and more than 100 companies and research institutions across 20 countries in the design and development of the telescope.” This information was amplified by Thebe Medupe, Deputy Dean, Community Engagement and Stakeholder Relations, North-West University, South Africa, who not only is an internationally-known astronomer, but is also well regarded in the field of ethnoastronomy and has spent much of his adult life championing and helping black South Africans pursue careers in astronomy. He started by sharing how his research in the seismology of stars, where one looks at seismic waves to understand the physical properties of stars, connects to the big picture of South African science investment. “South Africa is at the forefront of this grand work. The new democratic government invested in astronomy and its infrastructure and people,” he said. “We must have as many South Africans involved in this work as possible.” He went on to share that in 1994, there was less than 50 astronomers in the nation. Today there are 120. In 2003, Medupe and colleagues launched a training programme and now have trained astronomers throughout South Africa and in other countries across the continent. Now, 70% of graduate students in astronomy in South Africa are black vs 10% before the outreach.

Brian Schmidt, who received the 2011 Nobel Prize in Physics for his groundbreaking work on the acceleration of the expansion of the universe, and who also served on this panel, echoed Medupe’s and Damonse’s passion for how science, in particular astronomy, can make a difference in a community and a nation: “It pulls together people from all different backgrounds,” he said. “You don’t just do astronomy. There is engineering, and power generation, for example. The power generation needed for the SKA can lead to innovations useful in other industries across South Africa. Projects like the SKA provide huge return of investments across an economy by building human capacity.”

But to advance an economy requires a combined effort among its citizens. “It is important to come together and be united as one voice,” says Buyisiwe Sondezi, lecturer for physics at University of Johannesburg, and the first woman in Africa to receive a PhD in experimental physics of highly correlated metal. She discussed how the South African Institute of Physics formed a specific working group devoted to women in physics: “All these groups must be in place to champion to government and make sure your needs are met with the government.”

All and all, it was a lively discussion about South African science and scientists and how this nation, located on the tip of the continent from which all humans emerged, is poised to continue solidifying its reputation as a changemaker, disruptor, and leader in scholarship, economics, and of course STEM. “Ngiyabonga and Dankie”, South Africa, for sharing your contributions with Lindau!