In Sync: Gut Bacteria and...
Back

Already in the 18th century, the astronomer Jean Jaques d’Ortous de Mairan found that plants continue to follow a circadian rhythm even when placed into a dark room overnight, suggesting the existence of an inner clock that was independent of the perception of the environmental cues that differentiate day from night. Later, researchers found that not only plants but also other organisms including humans have a circadian rhythm. Nobel Laureates in Physiology or Medicine 2017 Jeffrey C. Hall, Michael Rosbash and Michael W. Young deciphered the cellular mechanisms that make the inner clock tick using the fruit fly as a model organism.

Although these findings were underappreciated at the time, we now know that our circadian rhythms exert a profound influence on many aspects of our physiology. Our inner clock regulates our sleep pattern, eating habits, hormone levels, blood pressure and body temperature at different times of the day, adapting to concurrent changes in the environment as the Earth rotates about its own axis. Circadian clock perturbations have been linked to higher risks of cancer and cardiovascular disease. Intriguingly, recent research has shown that the adaptation to a 24-hour cycle is not restricted to species that are exposed to the drastic light and temperature changes during the day, and extends to the microscopic organisms that live deep within us.

We live in close symbiosis with trillions of microorganisms: Our microbiota plays an important role in many bodily functions including digestion, immune responses and even cognitive functions – processes that follow a circadian rhythm. The majority of our microbiota is found in the gastrointestinal tract. It turns out that these bacteria living in the depths of our gut themselves follow a circadian rhythm, and, further, that disruption of this rhythm also has negative consequences for our health. What’s more, perturbations of our inner clock affect the function of these bacteria and vice versa: the gut microbiome influences our circadian rhythm.

In 2013, French scientists demonstrated that gut microorganisms produce substances that stimulate the proper circadian expression of corticosterone by cells in the gut. Loss of bacteria from the intestine resulted in mice with several profound defects including insulin resistance. In a particularly eye-catching study from 2014, meanwhile, researchers based at the Weizmann Institute of Science in Rehovot, Israel, including Lindau Alumnus 2015 Christoph Thaiss, observed a diurnal oscillation of microbiota composition and function in mice as well as in humans and found that this oscillation was affected and disturbed by changes in feeding time as well as sleep patterns, i.e, perturbations of the host circadian rhythm. As a highly relevant example, they found that jet lag, for example, in people travelling from the USA to Israel, disturbed the rhythm of the microbiota and led to microbial imbalance, referred to as dysbiosis. 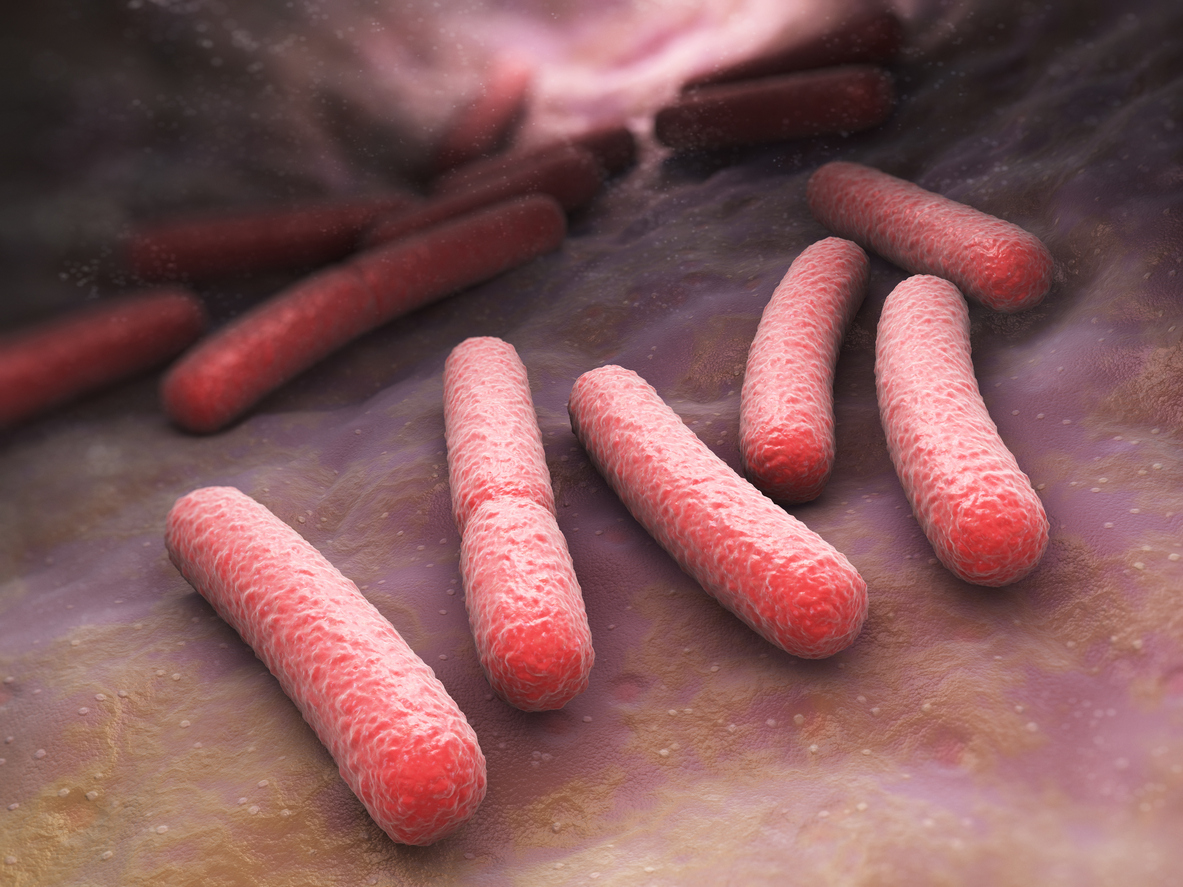 The bacteria in our gut also follow a circadian rhythm. Picture/Credit: iLexx/iStock.com

It is not only the timing of meals that affects the circadian clocks of our resident bacteria, but also what we eat. Thus, while a high-fat, Western diet naturally has direct effects on our bodies, a proportion of these effects is also mediated by the impact that such a diet has on our microbiota, which in turn acts to alter the expression of circadian genes in our bodies and disturb our metabolism. Further, a recent study showed that bacteria in the gut, through affecting our circadian rhythms, also influence the uptake and storage of fats from the food that we eat.

The circadian clock plays a critical role in immune and inflammatory responses, and it is thought that perturbations in the circadian rhythm make the gastrointestinal tract more vulnerable to infection. It has been shown in mice that a perturbed circadian rhythm indeed affects immune responses, suggesting that the time of the day as well as circadian disruption, such as jet lag or shift work, may play a role in the susceptibility to infections. In fact, the immune response of mice to bacterial infection with Salmonella is determined by the time of day, and disruption of the host circadian rhythm may be one approach that bacteria employ to increase colonisation.

These observations highlight once more the intimate relationship that we enjoy with our gut microbiota and the importance of circadian rhythms for both us, our bacteria and the relationships that bind us together. It is likely that the seminal findings of Hall, Rosbash and Young will continue to form the basis for further important insights for human health and for our relationships with other organisms. What we now know already has important and intriguing implications for human health. Indeed, it appears likely that a better understanding of the bidirectional relationship between the circadian clock and the gut microbiota may help to prevent intestinal infections. Further, they may allow us to determine optimal times of the day for the taking of probiotics or for vaccination against gut pathogens. It is also reasonable to assume that antibiotics have a markedly negative impact on the circadian clock of the gastrointestinal tract. Taken together, therefore, these findings offer a compelling scientific basis for the importance of regular sleep patterns and meal times in keeping us healthy.