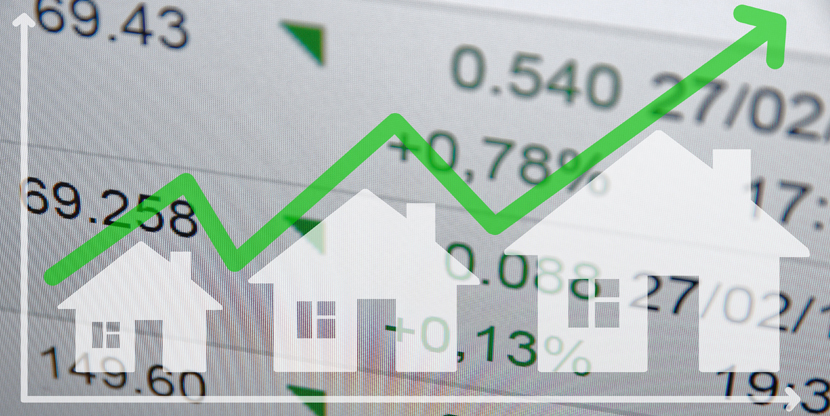 Whenever I attend a dinner party or wedding or just meet old friends for coffee, at some point the topic turns to house prices, real estate investment and what seems to be generally perceived as a boom in the housing market. It seems that almost everyone is interested in buying a house or apartment. Often the aim is not just to cover the basic human need for shelter, but also to participate in the assumed never-ending boom and grab a small piece of the rapidly growing housing cake. House prices never fall, right?

People enthusiastically tell me stories of friends (or friends of friends) who finance multiple properties entirely via loans with zero down-payment. After all, real estate investment is a safe haven, isn’t it? And the expected rent will more than cover the monthly loan instalment, won’t it?

But wait, my experience of obsessive ‘housing talk’ may be biased in at least three ways. First, I’m in my late twenties and so are my friends. Thinking about buying property is common, even necessary, for my age (and socioeconomic) group. Key decisions for the rest of our lives need to be made: should I stay in my first job or get (another) postgraduate degree? Should I go abroad and try out the expat life? Should I marry or break up with my long-term boy/girlfriend? What about kids? And hey, where and how will I live? Which leads to the obvious next question: to rent or to buy.

Second, I wrote a PhD thesis about housing markets. Although I focused on better ways of measuring dynamics in housing and rental markets and mainly dealt with technical problems in statistical modelling of such markets, most of my friends tend (wrongly) to conclude that I am an expert in real estate investment. Naturally, I end up being asked for advice about housing markets more often than most.

Third, as a native Austrian currently living in Germany, I mainly come across people for whom dramatic changes in house prices are a new phenomenon. After years of generally flat house prices, these countries have only recently seen bigger shifts.

Still, housing markets seem to be a hot topic and I rarely meet someone who’s not at all interested. I believe that widely reported changes in house price indices are the main reason for that.

In his famous book Irrational Exuberance, Nobel laureate Robert Shiller describes how first the US stock market (near its peak in 1999) and then the US housing market (around 2004) became socially accepted topics of conversation with broad media coverage. In fact, he writes, whenever he went out for dinner with his wife, he successfully predicted that someone at an adjacent table would speak about the respective market.

Shiller is well-known for his analysis of markets driven by psychological effects, which help to explain observed developments that a theory based on full rationality would rule out. Although most people are aware of housing bubbles of the recent past – for example, in Ireland, Japan, Spain and the United States – the belief in real estate as a quasi risk-free investment seems to remain unquestioned. The fact that sharp and sudden drops in prices are possible and happen regularly is widely ignored.

Everyone is affected by movements in housing and rental markets. If someone owns a property, it is usually her single largest asset; if someone rents, the cost often takes up a large fraction of her monthly income. This is why turbulence in these markets has larger effects on households than, for example, swings in the stock market (Case et al, 2005). The social implications of skyrocketing house prices and exploding rents but also of crashing markets are huge – which means that these markets need to be closely watched by policy-makers.

A house price index measures average movements of average houses in average locations belonging to an average price segment – a lot of averages! It is usually heavily aggregated, which implies that just because a national house price index reports rising prices, not every house will benefit equally from these increases. In fact, there is large variation in the distributions of prices and rents, and these distributions also change significantly over time.

Houses are highly heterogeneous goods (particularly compared with shares or bonds): no two houses are the same. Therefore, house price indices should be quality-adjusted, with differences in house characteristics taken into account. Still, changes in house price indices are often driven by developments in certain sub-markets, which are mainly determined by the three most important house characteristics: location, location, location.

Hence, house price developments are extremely heterogeneous even within urban areas (see McMillen, 2014, Guerrieri et al, 2013, and Waltl, 2016b), and thus the interpretation of aggregated national or even supra-national indices is questionable. For example, the S&P/Case-Shiller US National Home Price Index reports changes for the entire United States, the ECB and EUROSTAT publish indices for the European Union and the euro area, and the IMF even produces a global house price index.

Missing bubbly episodes in sub-markets when looking at such heavily aggregated figures seems unavoidable; and basing an individual investment decision on them is dubious. Similarly problematic is the assessment of a housing market using such aggregated measures for financial stability purposes.

A typical pattern is that markets for low-quality properties in bad locations experience the sharpest rises shortly before the end of a housing boom. Look at the lowest price segment in Sydney’s suburbs (black, dashed line) compared with the highest price segment in the inner city (orange, dotted line) around the peak in 2004. It is also this segment that experiences the heaviest falls afterwards.

A possible behavioural explanation is as follows: the longer a housing boom lasts, the more people (and also the more financially less well-off people) want to participate in this apparently prosperous and safe market. Steady increases reported by house price indices give the impression that the entire market is booming with no end in sight. Whoever is able to participate becomes active in the housing market and investments boom in yet more affordable properties – the lowest segment in bad locations.

A common misconception is the assumption that rising house prices necessarily translate into higher rents almost immediately. But when the price contains a ‘bubble or speculative component’, this is not always the case.

In general, economists speak of a bubble whenever the price of an asset is high just because of the hope of future price increases without any justification from ‘fundamentals’ such as construction costs (Stiglitz, 1990). Investing in over-valued property and hoping for the rent to cover the mortgage is thus more dangerous than it might appear (see Himmelberg et al, 2005, for the components of the price-to-rent ratio measuring the relationship between prices and rents; and Martin and Ventura, 2012, for asset bubbles in general).

While we’ve already seen that price developments are very diverse, the same is also true for the relationship between prices and rents. Thus, simply looking at average price-to-rent ratios may miss the over-heating of a sub-market and its associated risks.

Buying property is thus more delicate than urban legends about the safety of real estate investment suggest. Above all, developments in housing markets are diverse even within small geographical areas and one number alone can never appropriately reflect what is going on. A complete picture of the dynamics in housing markets is essential from the perspective of an investor as well as a policy-maker.

And in case you’re hoping for investment advice, here’s the only piece I can offer: just because everyone buys does not mean that YOU should go out and buy whatever you can afford. In fact, when everyone (including your friend with questionable financial literacy) decides to invest in real estate, it might be exactly the wrong moment. Never rely on house price indices only, but go out and collect as much information as possible. And don’t forget: location, location, location…

The figures show quality-adjusted developments in the Sydney housing market, and are part of the results of my doctoral thesis Modelling housing markets: Issues in economic measurement at the University of Graz under the supervision of Robert J. Hill. I am very grateful for his valuable support and advice. Calculations are based on data provided by Australian Property Monitors. Results, which this article is based on, are published as Waltl (2016a) and Waltl (2016b). The part about price-to-rent ratios is currently under review at a major urban economic journal (here is a working paper version). My work has benefitted from funding from the Austrian National Bank Jubiläumsfondsprojekt 14947, the 2014 Council of the University of Graz JungforscherInnenfonds, and the Austrian Marshallplan Foundation Fellowship (UC Berkeley Program 2016/2017). The views presented here are solely my own and do not necessarily reflect those of any past, present or future employer or sponsor.