Focus on Africa: Advancing Science...
Back

One of the things I love about Lindau is that it is truly diverse and inclusive. This is the case from a disciplinary point of view, in that although this is a chemistry meeting, non-chemists are welcome – physicists, material scientists, engineers, and even maths-maniacs are encouraged to apply and attend. And Lindau is also diverse from a national standpoint – there are nerds from all over the world here. 80 countries are represented, as are numerous cultures, languages, religions and experiences.

On Monday morning, I had the privilege of attending the breakfast of the African delegation, a group of approximately 40 students and postdocs from many countries across all of Africa, including Senegal, Nigeria, Egypt, South Africa, Sudan, and Kenya. As we dined on fresh orange juice and fried eggs, I got chatting with a few young scientists who hail from Kenya, including Titus Masese, who is a Research Scientist at the National Institute of Advanced Industrial Science and Technology (AIST) in Japan.

Based in Osaka, Masese, 33, has lived in Japan since he was 18 years old, when he was recruited to attend Kyoto University as a Japanese Government Scholar, a programme that brings talented Kenyan students to Japan. At Kyoto U, he received his Bachelors in materials science and engineering and his Masters and PhD in electrochemistry. He is fluent is Japanese, Swahili, Kisii (a traditional language from the region of Kenya in which he grew up) and English. 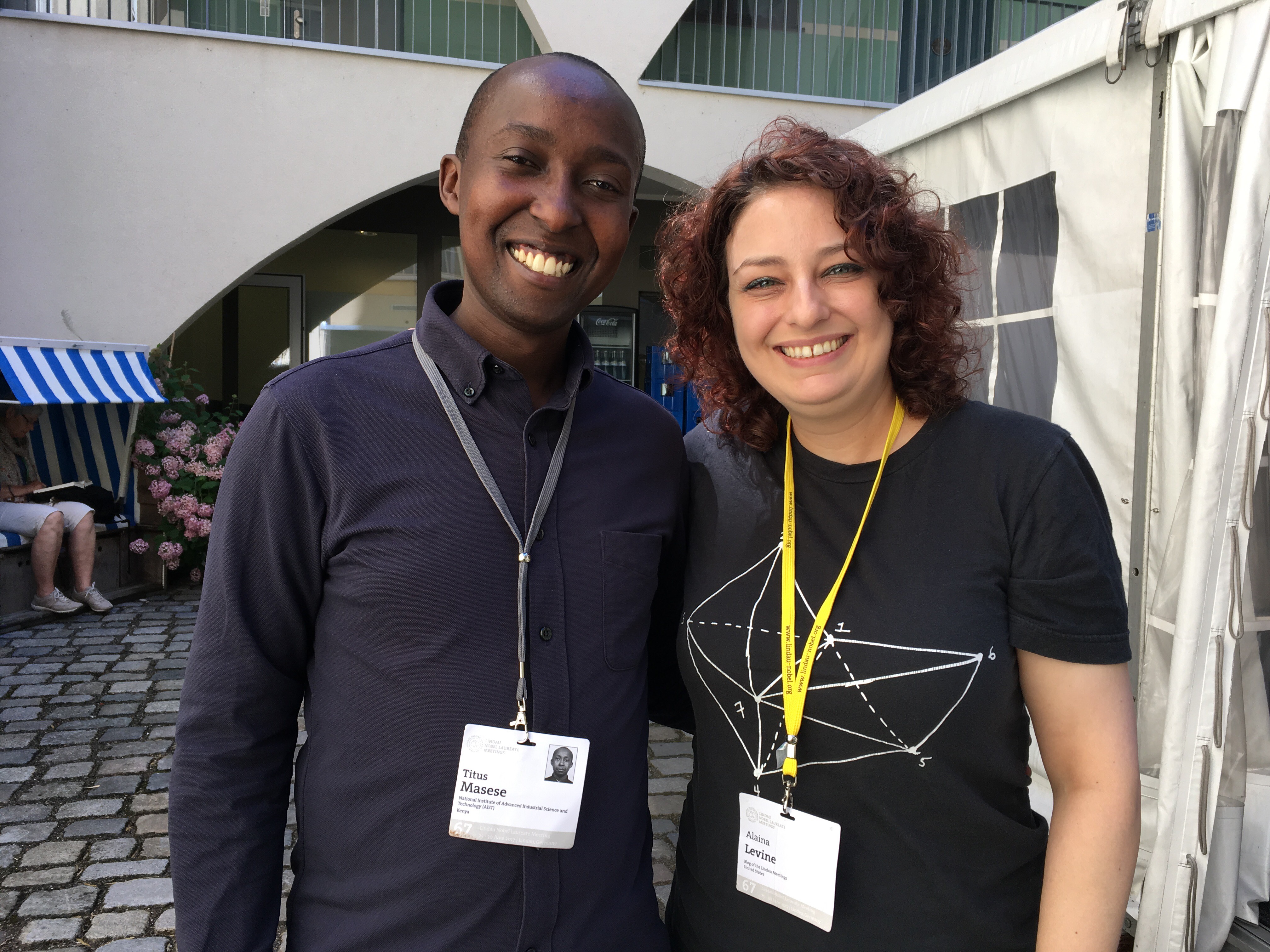 Masese, whose presence at Lindau is supported by both AIST and a Horst-Köhler-Fellowship (supported by the Robert Bosch Stiftung), and whose research focus is in energy storage (rechargeable batteries), spent some time speaking with me about his enthusiasm for attending Lindau. We also discussed the many bi-directional, multinational opportunities that can be leveraged for African scientific efforts in support of African innovators across the continent and across the world.

This is an especially important time for channels of communication to be expanded as it relates to financial support of science, no matter where in the world we pursue our work. As Masese notes, it is crucial for people from African nations to attend Lindau, because “in terms of science and technology, there is a lot of research in Africa, but it is not as well know, and it is not being [leveraged],” he says. “The Lindau Meeting is the right platform to showcase the research and to find collaborators so that we can further advance the work. Scientists in some countries in Africa don’t get enough funding from their governments, so they come to Lindau, and perhaps can get more funding as well as opportunities for partnerships.”

Africa is the cradle of mankind, and African researchers and research institutions are known world leaders in many areas of STEM, he shares, including anthropology, mineralogy, agriculture, horticulture and energy storage. And yet, “even with the abundance of natural resources and brilliant minds, there’s just not enough research funding,” he says.

In Masese’s native Kenya, chemistry research and application has led to major insights and innovation in the field and beyond, he says. For example, Kenyan chemists apply their chemistry knowhow to solve problems related to designing drugs to combat tropical diseases such as cholera and malaria, and in the field of anthropology, chemists collaborate with scientists around the world on projects involving carbon dating of artefacts. Geochemists here use their talents to understand, find and characterise minerals. There are also cutting-edge investigations being conducted on designing compounds that can absorb and remove carcinogenic pollutants, such as lead and arsenic, from water and other resources, and on tackling radioactive waste disposal.

Another area he is closely following is African research in the energy sector. “Energy storage and finding energy solutions is a global crisis,” he says. “I think African governments recognise this. They also recognise there is more work to be done in this area. So I encourage government representatives to speak with scientists and engineers in their nations, and leverage that talent and knowhow to make a greater impact in finding common-sense energy solutions.”

Although Masese is not working with Kenyan researchers at this time, he would certainly like to do so in the future if the funding is available and timing is right. He regularly interfaces with the Kenyan Embassy in Japan, and recently had lunch with the Ambassador, H.E. Mr. Solomon K. Maina, who “is appreciative of the work that Kenyans in Japan do,” he says. 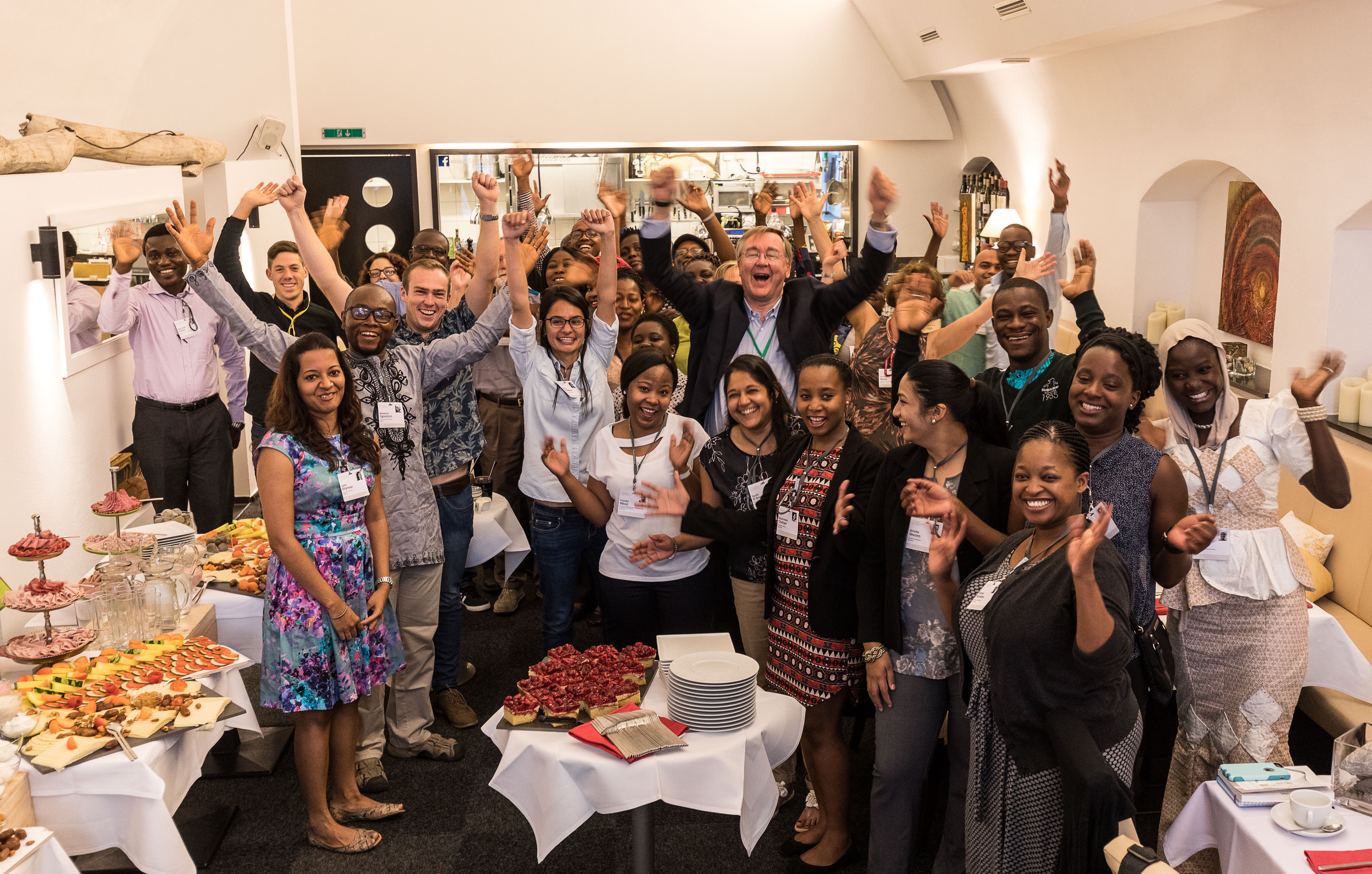 Masese is optimistic that opportunity for strengthening national, international, and intercontinental partnerships for African scientists worldwide will emerge from strategic networking. “The Kenyans and Africans I’ve met say the same thing, whether they are from Senegal or Nigeria or live in other countries: we should form networks to unite together to do something for the African continent in terms of research.” Tools such as Facebook groups dedicated to fostering alliances between African scholars are helpful in this regard, serving as just one mechanism to bind together innovators who are scattered across the world but are members of the African diaspora. “I have met people in different fields and they are not being funded by African governments,” he adds. “We can form collaborations as we try to find ways to convince our governments to support important research.”

The future is bright for Africa’s scientific enterprises, and for Masese himself, who next year will be evaluated for a permanent position at AIST. One of the goals of some of Kenyan expats in Japan is to create a new research institution in Kenya. “We want to build one single institute that will do multidisciplinary research, and do cutting edge work that will be of benefit to the entire African community,” he says.

And his presence at Lindau is playing a role in inspiring him to think big. “We could build an African Young Scientist Summit, like the Lindau Meeting and similar conferences in Asia,” he says with a smile. “There is a lot of interesting research being done in Africa, despite the fact that there are not as many resources being devoted to these scholars. But there is a way to open it to the world, with meetings like Lindau. This meeting can make a difference and serve as an enzyme to advance scientific research across Africa.”