In the beginning of 2020 Xiangkun (Elvis) Cao was worrying about his family in China during the outbreak of the Coronavirus in Wuhan, later the virus hit New York State where he is researching as a Ph.D. student at Cornell University. When the campus was shut down the only locations he was visiting regularly were supermarkets. But the hand sanitizers were always empty. So he developed an idea to convert CO2 emission into hand sanitizer based on the skills he has as an researcher in the energy field.

We had the opportunity to ask him some questions about this project and his career.

How has the idea to use carbon dioxide for producing ethanol developed?

I have been researching photothermal catalysis for a while, and one of the potential fields of application is to convert CO2 emissions into sustainable fuels and feedstocks. Through my Ph.D. training at Cornell, I understood the feasibility of utilizing CO2 to synthesize ethanol with the sun’s renewable energy input – but I never attempted this – and the pandemic provided the best timing to push this a little bit further.

How does this system work?

The principle is to use CO2 to produce ingredients for hand sanitizers. Although natural photosynthesis has been optimized through natural evolution over millions of years, photothermocatalytic CO2 reduction offers vast opportunities to reduce CO2 under conditions (i.e., elevated temperature and pressure) and with materials (e.g. emerging nanostructured inorganic catalysts) that nature has not had the opportunity to work with.

Think of this reactor as a black box – you put into CO2 and other reactants (e.g. H2) into the inlet, then you collect sustainable fuels from the outlet. The catalytic conversion process can be powered by sunlight and our reactor can be seen as an artificial leaf (though it does not look like a leaf).

Do you have any support to realize this idea?

My past training centers around different engineering disciplines, so I lacked the necessary business background for market analysis. Luckily, as part of the WASH Young Changemakers programme, I was assigned a UNICEF mentor to guide me through these challenges. During our online sessions, my mentor helped me strengthen my idea and shared useful tips on developing an appealing pitch. Alongside me, there were seven other Young Changemakers from across East Asia in the programme. To help us network and support each other, we were asked to do peer-mentoring sessions. We oriented ourselves to the phases of our project and our country contexts. I found the peer mentoring sessions extremely useful in refining my storyline for the final pitch event.

Are there plans to use your idea for producing ethanol on a larger scale?

One of the critical bottlenecks for producing ethanol on a larger scale is how to increase conversion efficiency so that the process can be economical. From my understanding, this requires a synergy between better reactor engineering and catalyst development. As an engineer by training, I am always actively looking for potential collaboration opportunities with chemists in the catalysis field. Recent advances in artificial intelligence have also shown promise for speeding up research into new catalytic materials. On a scientific level, achieving ethanol production on a larger scale would require a collaborative effort between engineers, chemists, and computer scientists. The real-world deployment would also need people with an entrepreneurial mind to be part of the team.

Which reactions have you got so far?

Electrocatalytic CO2 conversion has been explored as a viable approach, but the system depends on electricity availability. For countries like China and India whose electricity production highly depends on burning fossil fuels (which emits tons of CO2) electrocatalytic pathways for CO2 conversion would not be carbon neutral. Unless renewable pathways for generating electricity can be established. Solar-powered CO2 conversion, on the other hand, opens new possibilities due to the abundance of solar energy – since the sun is the ultimate inexhaustible power source for human civilization. Solar-powered CO2 hydrogenation is one of the first few reactions that shows promise for yielding high-value C2 products such as ethanol. However, most of the hydrogen produced in the US nowadays is through a process called natural gas reforming, which emits CO2 as a byproduct. Alternatives to hydrogen (such as water) for CO2 reduction should be explored further, and metrics for success in catalyst development include better activity, stability, and product selectivity. Advances in scalable reactor design are also critical for large-scale deployment.

How did you decide to become a scientist, and how did you find your research topic?

My academic interest in science, especially in the energy field, started from a middle school class when my chemistry teacher explained me that scientists were trying to convert water into oxygen and hydrogen with sunlight in 2005. I was impressed by this idea and fascinated by the renewable energy field ever since. I thought if this problem could be solved, it would be tremendous. People need oxygen to survive, and hydrogen can be used as fuel.

Imagine being able to use the sun to get fuel from water, which is everywhere on the planet. That idea was the spark. I went on to earn two bachelor’s degrees from Xi’an Jiaotong University in China – one in energy & power engineering and one in English literature – and a master degree in materials engineering from McGill University with joint training in nuclear engineering at the Massachusetts Institute of Technology, before joining Cornell University for my Ph.D. study in mechanical engineering. I aspire to become a carbon tech innovator and hope to contribute to the net-zero emission goals. I believe achieving carbon neutrality is a significant scientific challenge for academia and industry and a crucial pathway to sustain human civilization.

What were the most important milestones during your career?

During my Ph.D. study in mechanical engineering at Cornell University, I successfully landed on three 30 Under 30 lists. I was also selected as a young scientist to attend the 70th Lindau Nobel Laureate Meeting in Lindau, was nominated to participate in scientific forums and received awards for my work. [See more details in bio at the end of the interview.]

In addition to research and entrepreneurship, it’s my vision for the world to see CO2 as an opportunity rather than a liability. I have been active in public speaking to influence policymakers. I was recently invited by the late former President of France, Mr. Valéry Giscard d’Estain, to speak about the innovation potential of the energy sector in the post-pandemic world Post-COVID summit. I was also an invited speaker at IoT, Data, and the New Last Mile by TTI/Vanguard in Berkeley, CA, was selected to present at Global Grad Show, an exhibition of creativity and social innovation of the Dubai Design Week, and was chosen as an INK Fellow to speak about solar fuels in Jaisalmer, India, along with George A. Papandreou, a former Prime Minister of Greece.

What do you expect from participating in a Lindau Meeting?

It has been a great honor for me to be named a young scientist participant for the 70th Lindau Nobel Laureate Meeting. Last year, everything moved online due to COVID-19, so it was a different experience. If the pandemic was on the retreat, I would look forward to the in-person interactions with the Nobel Laureates in the summer. I had already come up with a list of the Laureates’ names I wanted to seek advice from last year well before the summer until everything suddenly halted. If I have the opportunity, I would be happy to talk to Steven Chu – we both shared Chinese origin, and we are both in the energy sector. He was and still has been the most significant role model to inspire my renewable energy field career. I am curious about what he thinks will be the next big thing for the energy sector and the necessary measures for countries like China to achieve carbon neutrality by 2060. 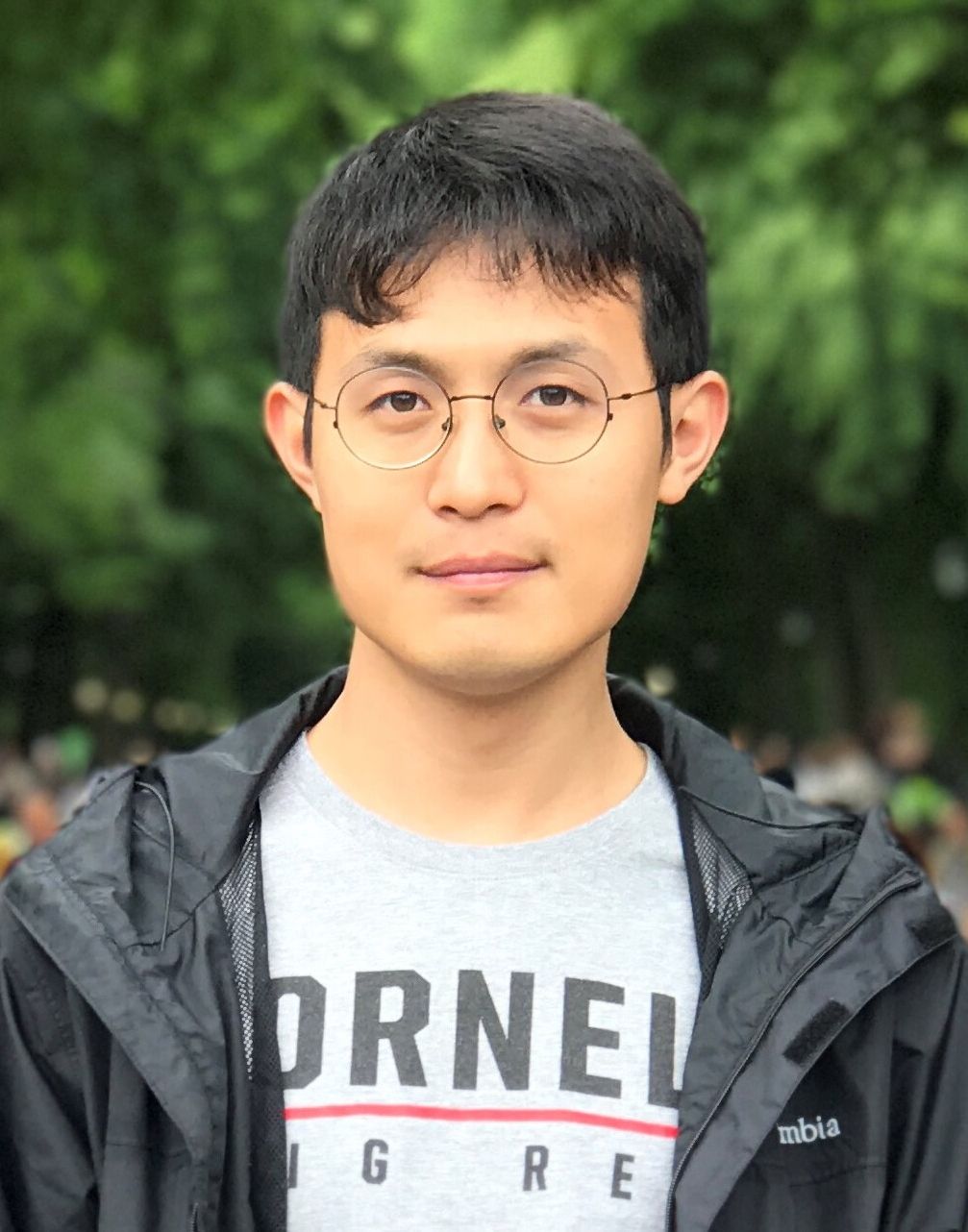 Xiangkun Cao is a Ph.D. Candidate in Mechanical Engineering at Cornell University. His Ph.D. research on scalable “artificial photosynthesis” was featured in the World Economic Forum’s white paper as an energy breakthrough of the past decade (2020). He is a UNICEF Young Changemaker on Sustainable WASH Solutions (2020), Forbes 30 under 30 Honoree (2019), BP Future Energy Leader (2019), and UNEP Young Champions of the Earth Finalist (2019, 2020). He graduated with an M.Eng. in Materials Engineering from McGill (2016) with joint training by the Massachusetts Institute of Technology (2015-2016). He received a dual bachelor’s degree from the ‘Tsien Hsue-Shen’ Elite Class of Xi’an Jiaotong University (2013).

He belongs to the group of young scientists who have been invited to the 70th Lindau Nobel Laureate Meeting 2021.