Chemists Respond to Climate Change...
Back

Climate change is a common lecture topic at the Lindau Nobel Laureate Meetings. At the opening of the 67th Lindau Meeting, William E. Moerner presented the keynote speech prepared by Steven Chu, 1997 Nobel Laureate in physics and former U.S. Secretary of Energy. In his speech, Chu described how clean energy technologies provide an insurance policy against the societal risks of climate change.

At previous meetings, Nobel Laureates Mario Molina, Paul J. Crutzen, and F. Sherwood Rowland have detailed how greenhouse gases produced by burning fossil fuels alter atmospheric chemistry and warms the planet. Reducing greenhouse gases, particularly carbon dioxide emissions, is key to stopping the planet’s warming temperature. But instead of viewing carbon dioxide as a problem, what happens if it is also part of a solution to climate change? 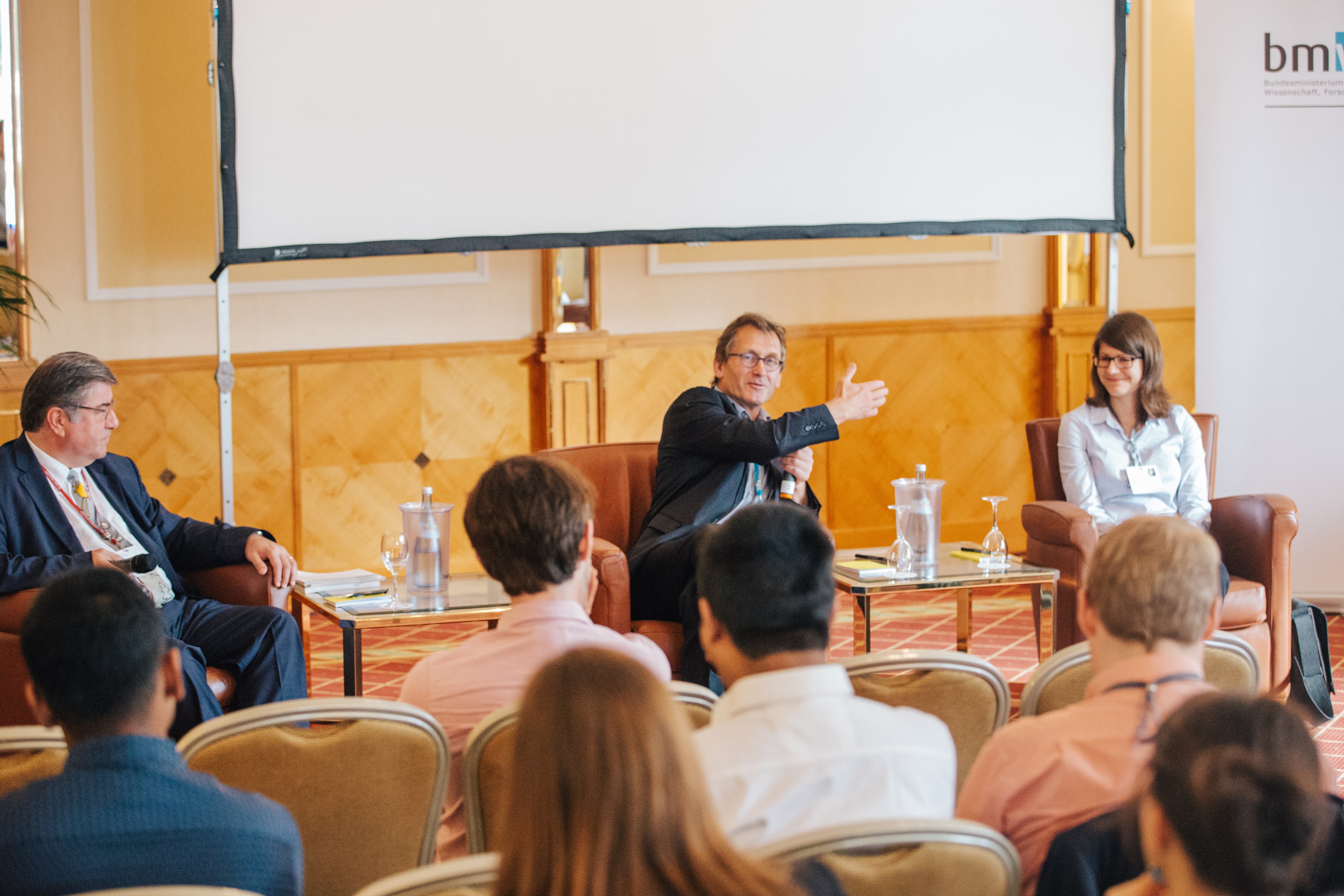 Research discussed by Nobel Laureates and young scientists at the 67th Lindau Meeting included ways to use carbon dioxide as a renewable source of synthetic fuel and useful chemicals. Currently, fuels and chemicals come from refined and processed oil and natural gas. Producing these compounds from carbon dioxide captured from the atmosphere or factory emissions could be environmentally sustainable because carbon dioxide released during production or consumption is recycled to make new fuel or material. Sustainable and renewable feedstocks are one aspect of green chemistry, a key topic at this year’s meeting.

During a science breakfast hosted by the Austrian Federal Ministry of Science, Research, and Economy on Tuesday morning, Bernard L. Feringa, 2016 Nobel Laureate in Chemistry, outlined three challenges for carbon capture and utilisation: separating carbon dioxide from other gases, efficiently concentrating it, and catalytically converting the inert molecule to useful fuel and chemicals.

In addition to his Nobel-winning work on molecular machines, Feringa also studies catalysis. While working at Shell in the early 1980s, he developed lithium catalysts to reduce carbon dioxide. The project ended after a couple of years, however, when the researchers realised they would need all the lithium in the world just to make a reasonable amount of fuel. 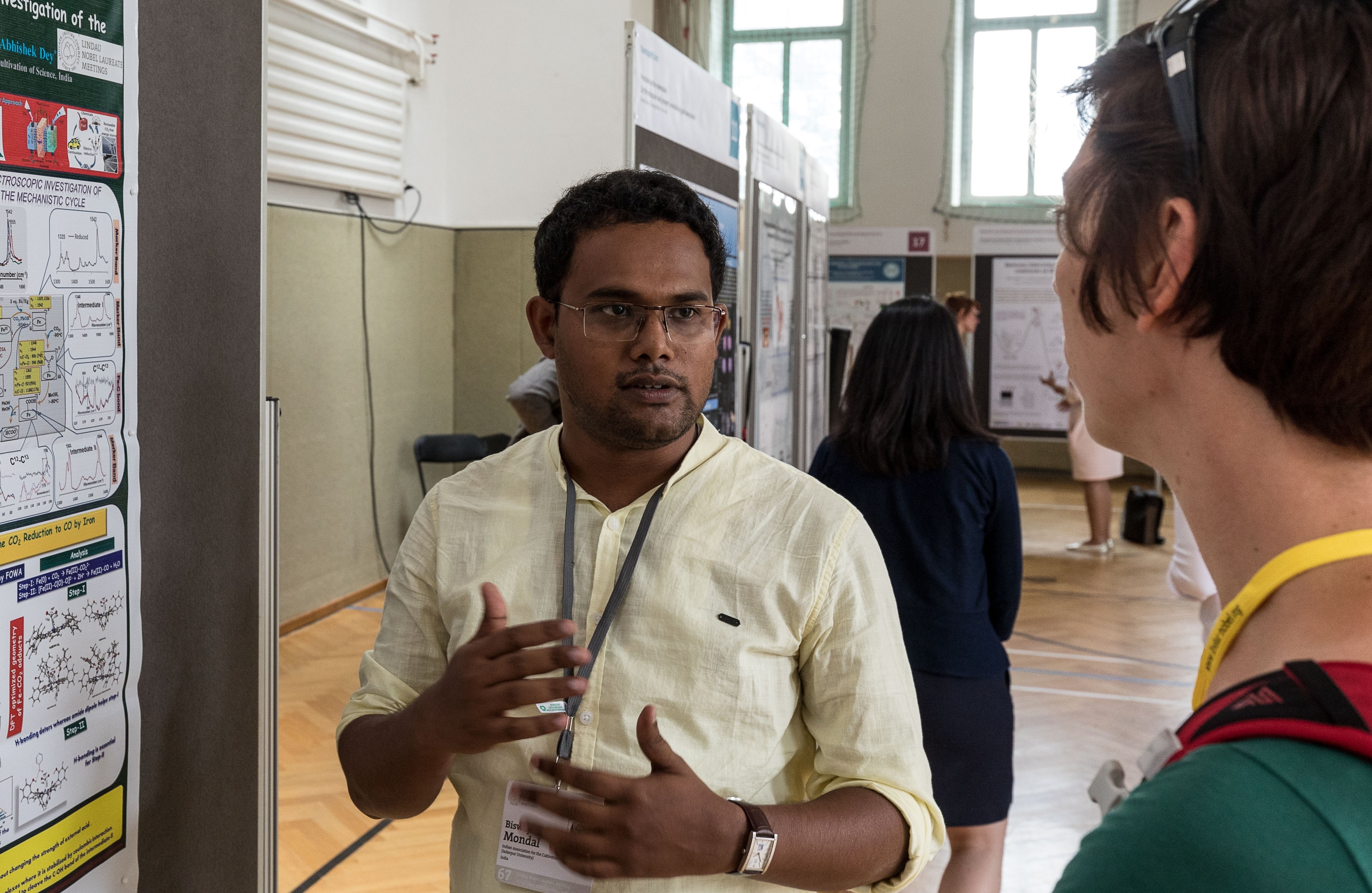 Since then, researchers around the world have developed various electrochemical and photothermal catalysts that reduce carbon dioxide into compounds such as carbon monoxide, formic acid, ethylene and methane. Several young scienists attending the meeting are studying these catalysts, and two presented their work during the poster session.

Biswajit Mondal, at the Indian Association for the Cultivation of Science, studies the mechanism of iron-porphyrin electrocatalysts for carbon dioxide reduction. With an understanding of the precise molecular changes during every step of the reduction reaction, researchers can then tailor the catalyst structure to enhance the reaction efficiency.

Dayne F. Swearer, at Rice University, combines two reactive functions in one aluminum nanoparticle to unlock new catalytic mechanisms for known reactions. In his nanoparticles, the aluminium core absorbs light and generates an energy carrier called a plasmon, which can alter and enhance the activity of a metal catalyst on the outside of the nanoparticle. For example, a particle with a shell of copper oxide its aluminium core reduces carbon dioxide to carbon monoxide faster and more efficiently than particles made of either material alone.

Back at the science breakfast, Feringa encouraged young scientists to investigate photoredox catalysts that reduce carbon dioxide using absorbed light energy. These catalysts can create a variety of reactive intermediates, including radical anions and cations, which could be used to add carbon dioxide to hydrocarbons. Such reactions provide renewable ways to make building blocks for plastics and other common polymers. 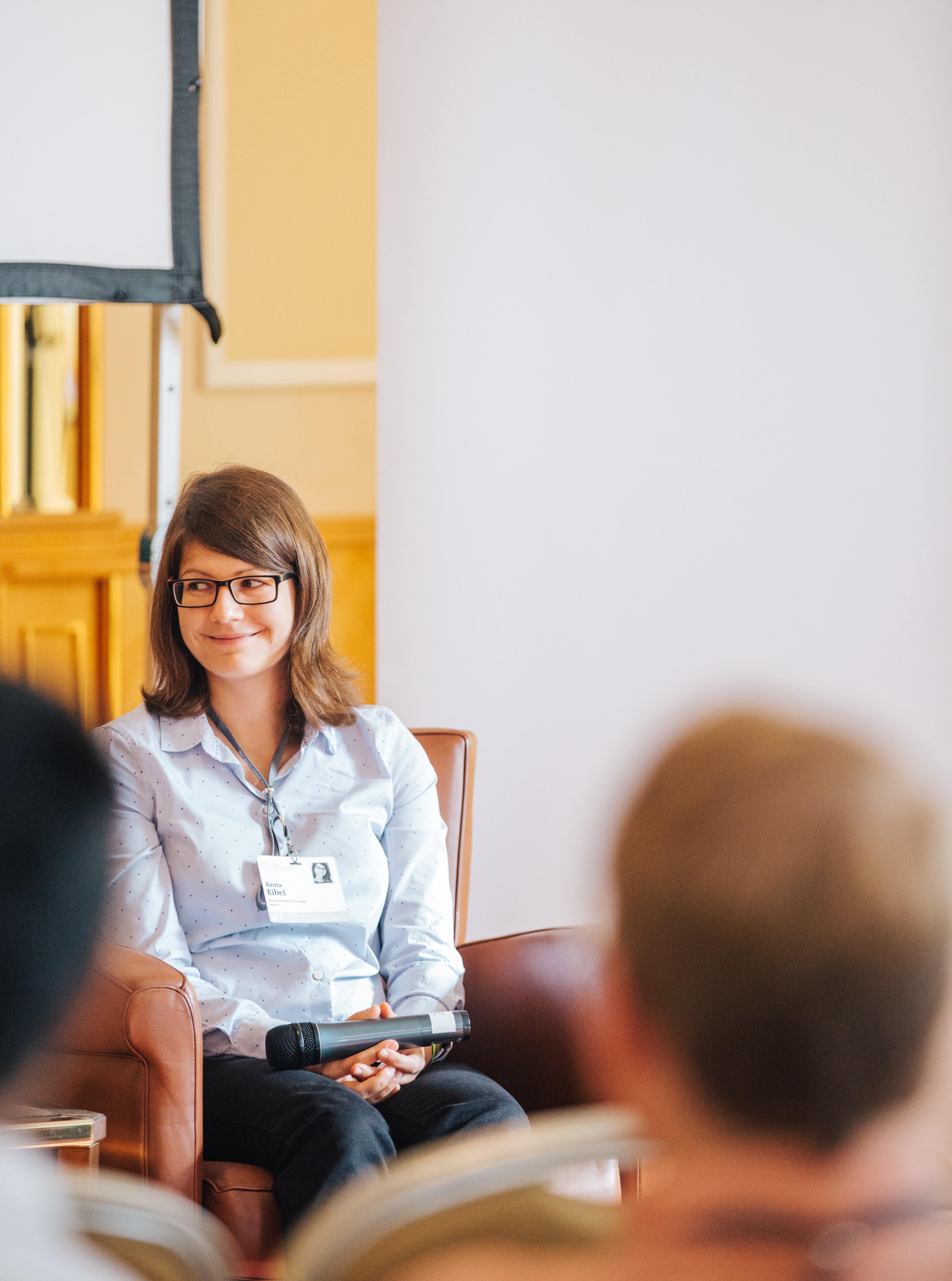 Renewable routes to acrylic acid, the building block of acrylate polymers common in dental work, are interesting to Anna Eibel, a young scientist at the Graz University of Technology in Austria and a speaker at the science breakfast. She develops new molecules to induce acrylate polymerisation with light at longer wavelengths than the ultraviolet used now.

To really address carbon dioxide emissions, however, renewable routes to synthetic fuels such as methane and methanol are needed. In 1998, George Olah, the 1994 Nobel Laureate in Chemistry, talked about synthetic methanol production from carbon dioxide at the 48th Lindau Meeting, and the topic reappeared at the science breakfast this year.

Chemists are in a unique position to advance renewable fuels and chemicals, Feringa said. The main research questions in this area involve problems of catalysis, electrochemistry, photochemistry, material synthesis and chemical conversions. Feringa encouraged the young scientists to take opportunities to tackle these questions. “Of course you may contribute only a small step, but of course we have to do it. It is our duty to society […] to open opportunities for the future.”