Women in Research: Alice Fletcher-Etherington...
Back

Alice is a PhD Student at the University of Cambridge, UK.

She is interested in how viruses interact with host cell intrinsic immune responses. For her PhD, she has been studying how a virus called human cytomegalovirus evades cell death, keeping the cell alive long enough to allow the virus to replicate. More recently she has been applying the mass spectrometry techniques she uses in her PhD to study COVID-19 pathogenesis.

Enjoy the interview with Alice and get inspired:

I have always been inspired by science itself, particularly its ability to improve lives on a global scale. The first two years of my undergraduate degree coincided with the 2014-2016 Ebola Outbreak in West Africa. Observing the devastation caused by the virus led me to realise that a career in virology research would not only be interesting, but could also protect lives and have a positive social impact.

I look up to all women scientists. Inequity in opportunity, pay and ease of career progression continue to form major barriers for women in science (you can read more about this in ‘Invisible Women’ by Caroline Criado-Perez). I am inspired by all women who have broken through these barriers during their careers. Some great women who inspire me include Professor Ashley Moffett, a pioneer of the reproductive immunology field, Dr Rosena Allin-Khan, a British Labour MP and A&E doctor and Devi Sridhar, Professor of Global Public Health (I would recommend following Prof. Sridhar on Twitter). I have also always felt a particular affinity to Rosalind Franklin, who studied at Newnham College in Cambridge and worked on viruses, like myself.

I am originally from Oxfordshire in the UK. I was never very scientific or mathematically-minded as a child, often struggling with arithmetic and scientific concepts. It seemed to ‘click’ while I was studying for upper school exams, when I discovered an absolute passion for learning about ‘how things work’. Coming from a comprehensive school, I found that I had to develop a certain ability to self-teach and learn independently and this really allowed me to develop my passion for science. I was apprehensive about applying to study at the University of Cambridge as very few people from my school had previously been accepted, and I had never viewed myself as ‘naturally intelligent’. At Cambridge I studied Natural Sciences, a multi-disciplinary course which I chose because I felt that studying Biology, Chemistry and Mathematics would be useful for a career in research. My time at Cambridge for my undergraduate degree was in equal parts challenging and incredibly rewarding – I sometimes struggled with the pressure of being at one of the best universities in the world, but will always be hugely grateful for the outstanding teaching and mentorship I received.
During my undergraduate degree I developed a fascination for virology – I am intrigued by how a non-living entity of as little as a single gene can cause severe disease and global disruption in the form of pandemics. This led me to apply for a PhD in Virology straight out of my Bachelors in the lab of Dr Michael Weekes at the Cambridge Institute for Medical Research. I consider Mike a very important mentor in my career so far. He has been highly supportive of both my research and my desire to develop other skills through courses and extra-curricular activities, has allowed me to develop my project in the direction I wished to take it and has given me many opportunities to develop my writing and presentation skills. 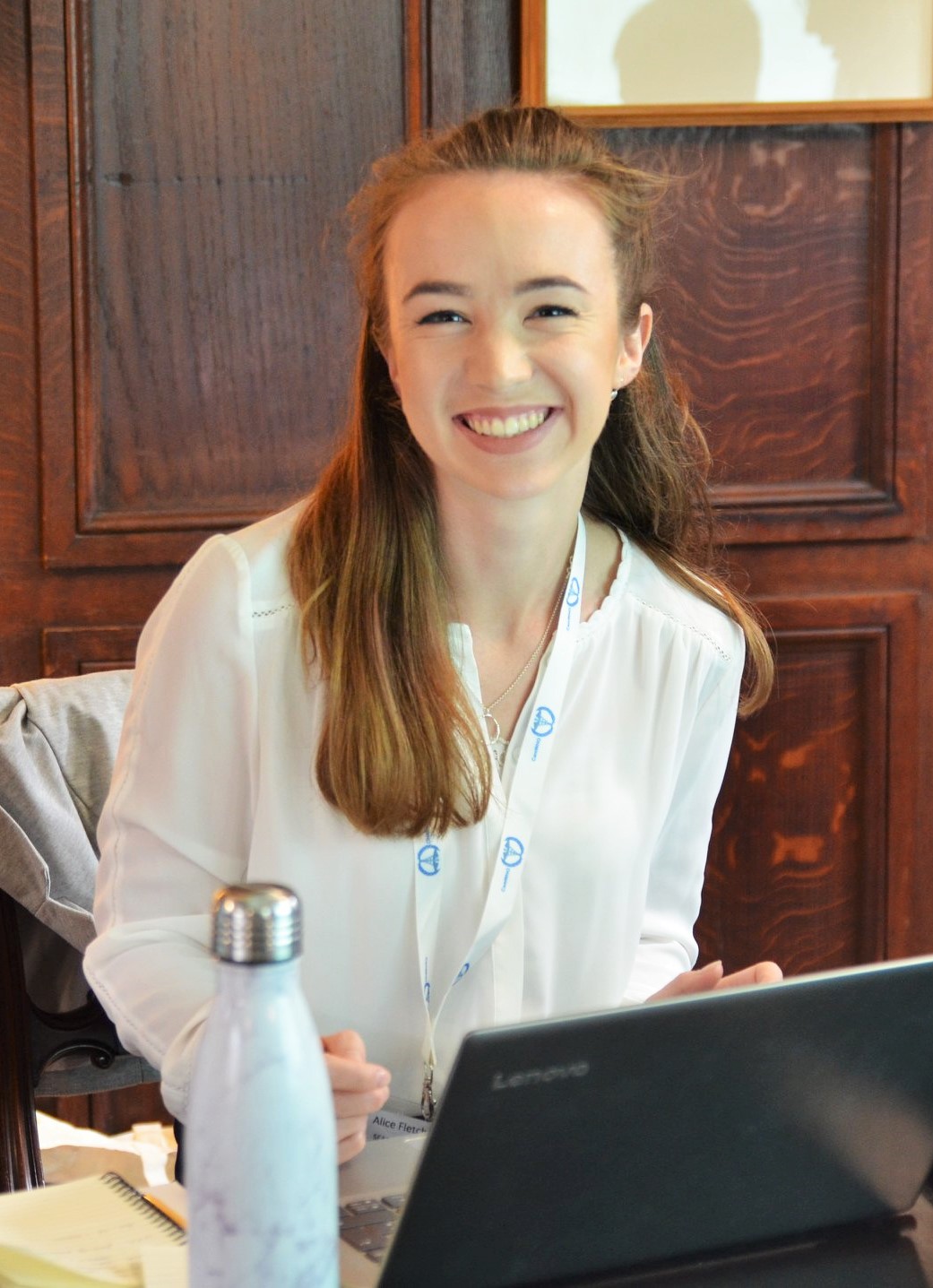 Alice wants to work at the intersection of research and health policy. Photo/Credit: Alice Fletcher-Etherington

Over the last few years my enthusiasm for virology has taken me down a different path; from molecular virology I became interested in epidemiology and pandemic preparedness, which then sparked a wider interest in international development and global health. I have explored these interests through reading, attending seminars and conferences and joining societies and I now hope to merge these interests by moving into a career that works at the intersection of research and health policy.

I think my PhD project is pretty cool! During the second year of my PhD I have been working on HCMV protein pUL36, which we learnt about in undergraduate studies as the ‘prototype viral inhibitor of cell death’. pUL36 has always been known to inhibit a cell death pathway called apoptosis, which allows the virus to keep the cell alive long enough for it to replicate. However, cells can also die by another pathway known as necroptosis, and hitherto it had been a mystery as to how HCMV evades necroptosis. I discovered that pUL36 is actually a multifunctional inhibitor of cell death, inhibiting both apoptotic and necroptotic cell death pathways. I find the complex ways in which viruses have co-evolved with their hosts to develop counter-defence mechanisms fascinating. I think the protein I work on, pUL36, is a great example of that.

In Summer 2019 I presented my PhD work at the International Herpesvirus Workshop, Knoxville, USA. I was very nervous, not only because I am not the most confident public speaker, but also because I was presenting results that directly contradicted previously published work by prominent scientists in the field who were at the conference. After my presentation I was approached by a number of group leaders who praised my talk and with whom I had some very fruitful conversations. It was the first time that I felt like a contemporary, rather than ‘just a student’, and the first time that I felt confident in what I had achieved in my PhD.

I was also proud to have been selected as the University of Cambridge nominee for the Lindau Meetings. For the past six years of living and studying in Cambridge I feel like I have been on a constant mission to prove to people (and myself) that I deserve to be here – being selected for the meetings has given me confidence that I am good at what I do!

What is a “day in the life” of Alice like?

A normal day (pre-COVID!) would involve working in the lab from 9 – 5.30. I am most productive when I keep my days relatively short. I am currently the President of my Institute’s Student Committee, so I will often spend some time organising seminars and welfare events. Evenings are reserved for exercise, socialising or extra-curricular work.

As well as research, I am passionate about social justice and equality, particularly in health. My aim is to work in a career where I can use the skills I have learnt as a researcher to influence public policies that have an impact on the social determinants of health inequity. I am still figuring out how I can do this!

During my undergraduate course I studied really hard and didn’t have much time to make the most of the opportunities available in Cambridge. During my PhD, I wanted to focus more on my personal, rather than academic, development, despite this often being frowned upon in the world of postgraduate study. Over the past three years I have been lucky to be involved in some great events and organisations:

I co-chaired the organising committee of the Building Bridges in Medical Sciences Conference, was Co-President of the Cambridge branch of Students for Global Health (part of the International Federation of Medical Students’ Associations), was a researcher for Polygeia (a global health think-tank), have performed research for Cambridge local government and have been involved in multiple science outreach activities. To relax I enjoy cooking, going to the gym and exploring my beautiful city! 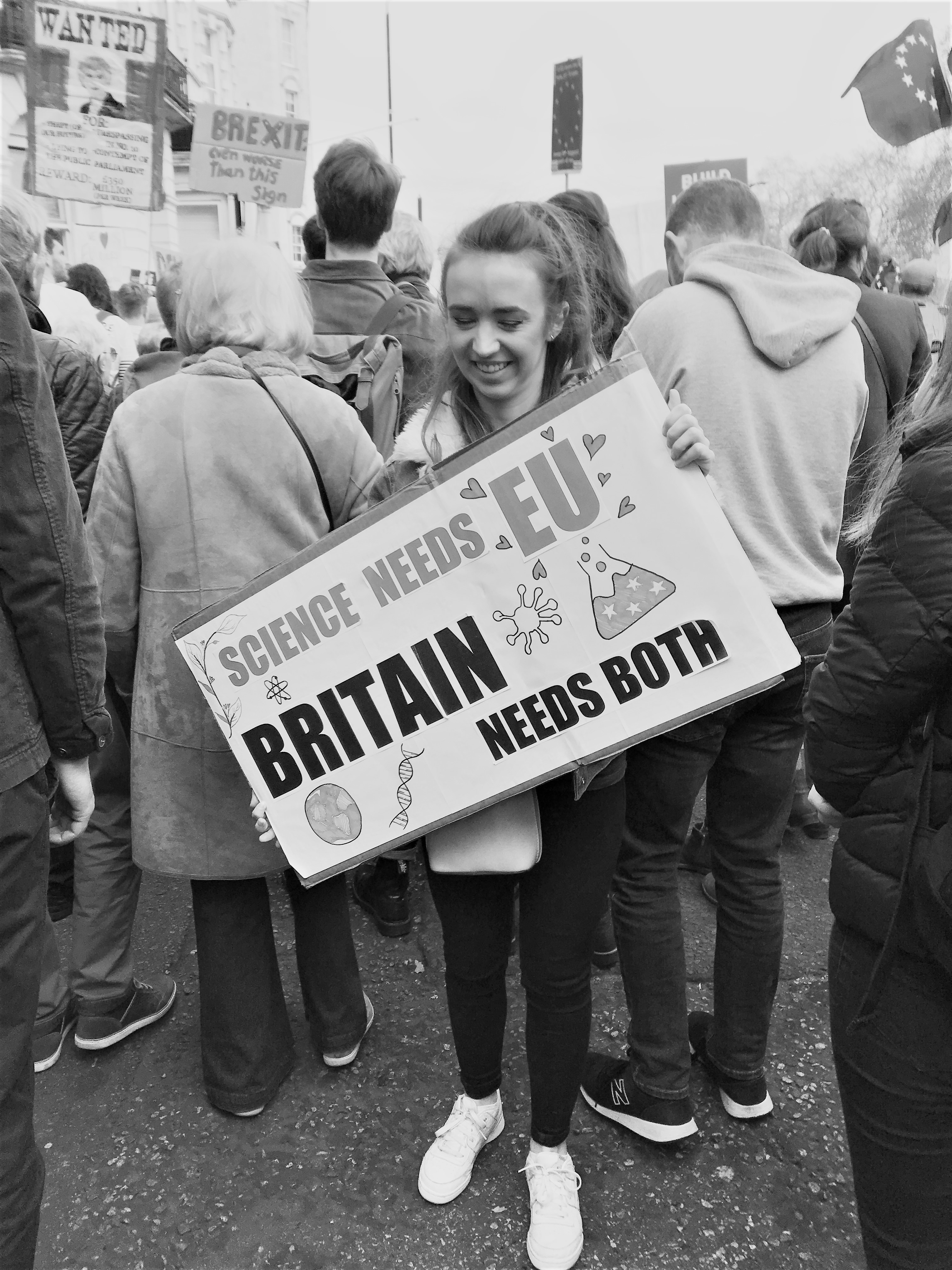 Educate yourself about the challenges faced by women in science, particularly those who might have fewer privileges than yourself. This will enable you to ensure that the decisions you make during your career are not to the disadvantage of other women working in science. For example, you’re planning a talk – is it at a feasible time for women with caring responsibilities? Speak out about inequities and imbalances – let’s work together, lift each other up and make science a feasible career choice for ALL women.

In virology, I hope that we will soon see a universal flu vaccine, a vaccine for HIV and the eradication of polio and measles. With increases in public vaccine hesitancy, misinformation and distrust in scientific knowledge (all of which could be amplified by failings in the COVID-19 response), I worry if we will ever reach these goals. More generally, I think an important breakthrough in the scientific field would be a systematic change in the way that scientists, the public, and policy makers interact.

There is a need for widespread change in academic culture to ensure that women are not penalised for having children or for the fact that they are likely to have a larger unpaid care and domestic work load. This means introducing policies that allow women to alleviate their domestic load (e.g. subsidised child care, child-friendly conferences) and limit the effect of career breaks (e.g. part-time tenure track positions/fellowships that accommodate time taken off). There is still a widespread ignorance of the problem of gender inequality in science and so there needs to be greater education and dialogue about bias in scientific research.

Alice discussed Corona: The Role of Science in Times of Crisis during the Online Science Days 2020.