Africa’s Next Generation – How...
Back

Several Lindau Alumni as well as partners of the Lindau Meetings were asked about their thoughts on the current status of scientific excellence in Africa, what progress has been made and what still needs to change. The full article was published in our Annual Report 2018 and was part of the Nature Outlook edition ‘Science Without Borders’, focussing on science in emerging economies. This year, South Africa will be hosting the ‘International Day’ at #LINO19 – a highlight of Africa’s presence at the Lindau Nobel Laureate Meetings.

While the situation greatly varies among African countries, the last decade has seen a considerable growth of scientific agencies, programmes, networks and conferences, and certainly an improvement of the situation.

To no one’s surprise, South Africa is spearheading this development with its National Research Foundation, established almost 20 years ago. Current programmes such as the South African Research Chairs Initiative and the Centres of Excellence funding scheme contribute to keeping excellent scientists in Africa, says Roseanne Diab, Executive Officer of the Academy of Science of South Africa (ASSAf). But she also highlights various cross country-initiatives: “The African Institute for Mathematical Sciences (AIMS) is a pan-African network of centres of excellence for postgraduate education, research, and outreach in mathematical sciences established in 2003. This was followed more recently by the AIMS Next Einstein Initiative, the goal of which is to build fifteen centres of excellence across Africa by 2023.”

Most progress has been made in the area of health; all the more important as a bad public health situation has countless negative effects on people, economies and countries – and on science. […]

Yet, only 1% of global investment in R&D is spent in Africa, and the continent holds a tiny 0.1% share of the world’s patents, as ASSAf’s liaison officer Edith Shikumo points out. But money doesn’t seem to make up the top priority on younger scientists’ list of concerns. “I don’t want to mention the usual obstacles like lack of proper infrastructure and expensive equipment; I would rather focus on the lack of tolerance for new and innovative ideas, the fear associated to out-of-the-box thinking and the tendency to avoid risk accompanying entrepreneurship are the main obstacles for a thriving science and research culture,” says Ghada Bassioni, guest professor at the Technical University of Munich and coordinator of Egypt-Germany collaboration, with the Science and Technology Development Fund of the Ministry of Higher Education and Scientific Research, Egypt – and Lindau Alumna. 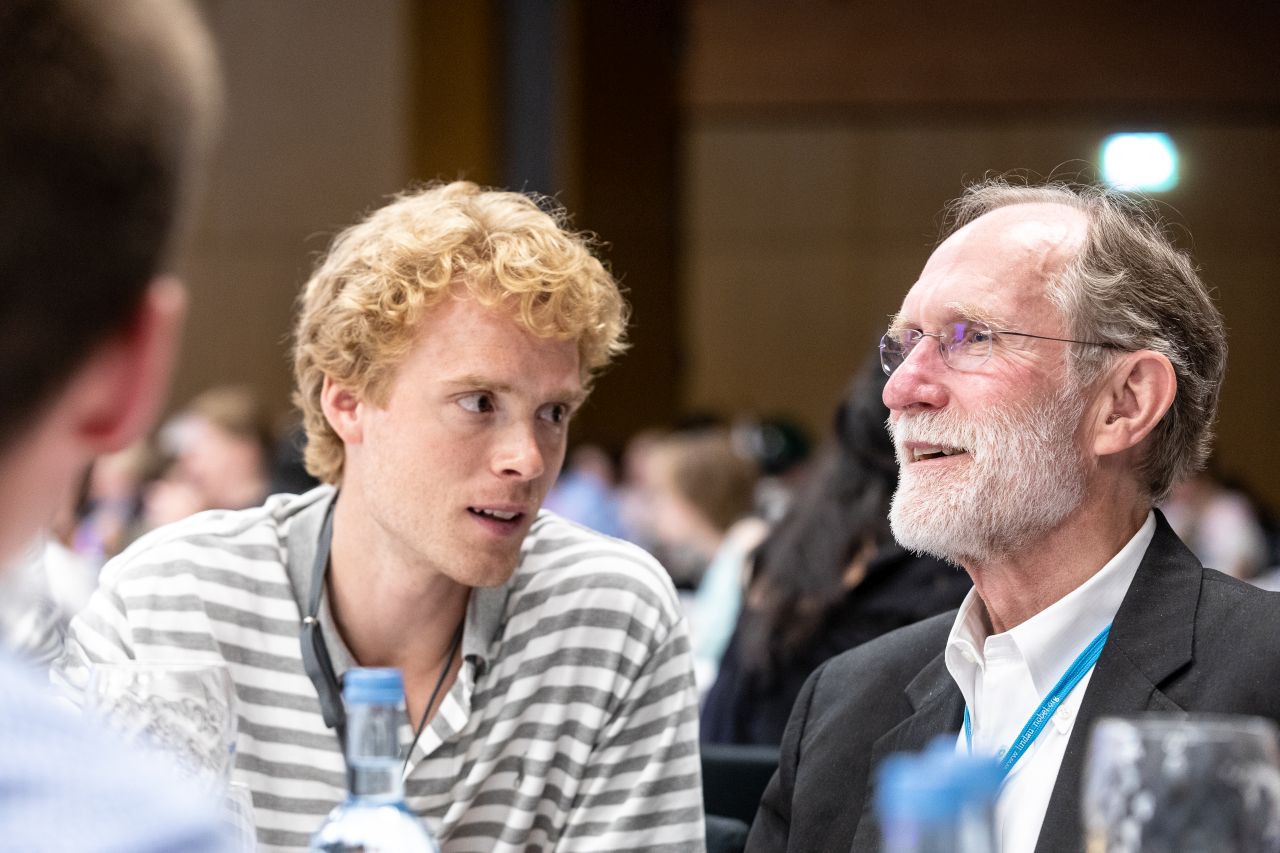 Mark Williams-Wynn, who attended the Lindau Meetings in 2016 and is currently a post-doctoral fellow at the University of KwaZulu-Natal, adds: “One of the biggest obstacles that I have noticed is the tendency to avoid questioning the status quo. There is an attitude which exists not only among academic institutions, but throughout society: ‘if it isn’t broken, why fix it’. This applies not only to innovation, but also to how people go about their work.” […]

When asked about the availability of suitable, reliable career paths, everyone agrees that this is one of the major problems that limits progress and success of African research: Excellent young African PhD students are lured away by better conditions, more exciting science and more money, and due to the research structure situation, they may not be coming back. Of those who return, a large number chooses South Africa, where conditions are still the best. Plus, many are absorbed by industry, where they are lost from research fields, as Williams-Wynn observes.

But there is hope, says Berhanu Abegaz, former executive director of the African Academy of Sciences: “There are many networks and organisations that are now available to help young people and to get them focused on African issues and also get them to stay in Africa.” These include the African Academy’s Affiliates programme, the Next Einstein Forum, the AIMS, the Africa-Oxford Initiative, the Organisation for Women in Science for the Developing World, the African Women in Agricultural Research and Development, leadership academies, young academies, and others. Yet only a few African countries invest enough money in such structures and programmes. […]

Some of the programmes mentioned have been initiated and funded by Northern countries, mainly Europe and the United States. However, Europe’s history in the colonisation of Africa and the resulting sentiment that supporting Africa means paying an outstanding debt doesn’t fit to a modern approach. Abegaz clarifies that “engagements will be beneficial to all parties if the driving philosophy is equitable partnerships. This would have to begin in the agenda setting stage and defining the basis of the partnerships. Some European partners like the Wellcome Trust accept, at least in principle, this approach.” […] 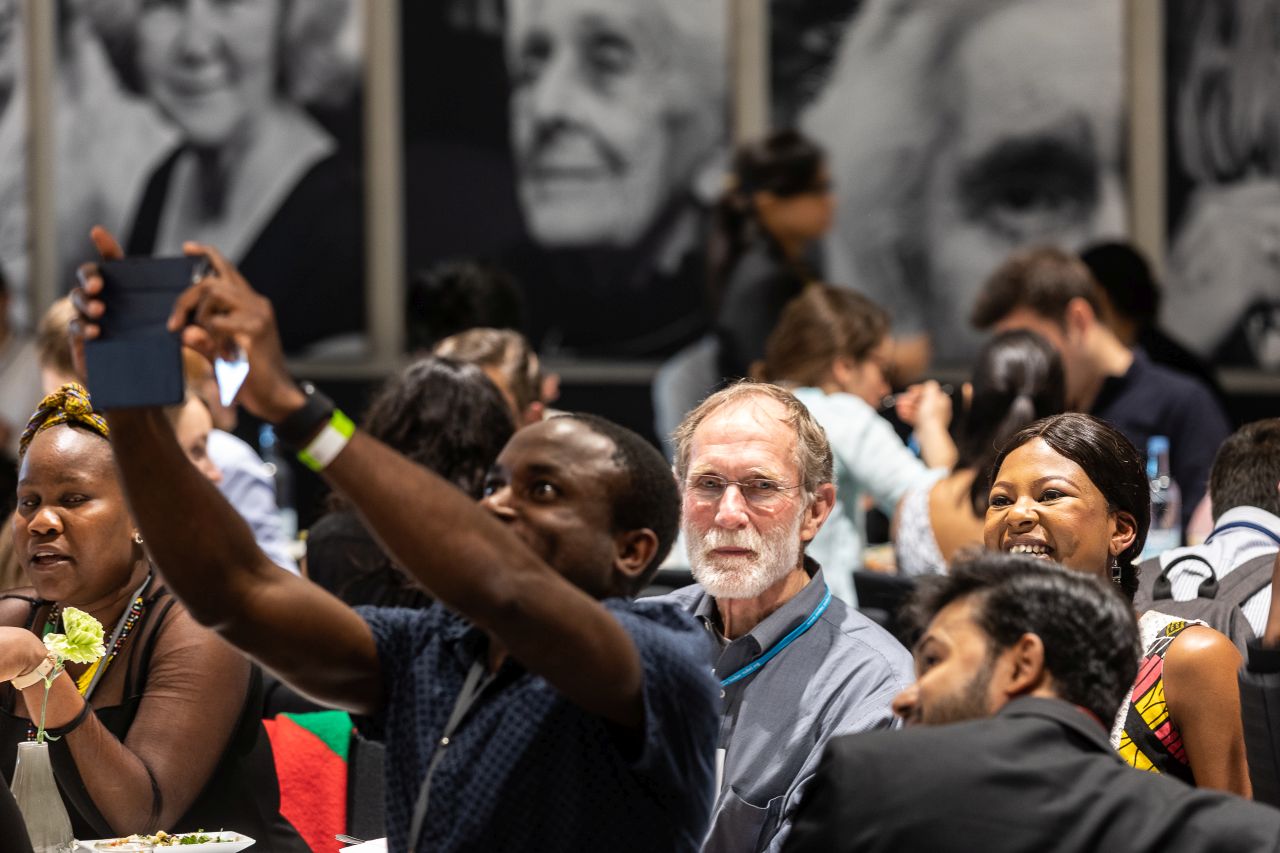 In a shift of perspective and wording, it is no longer help that African countries are requesting, but partnership, explains Rhyman as she adds: “We African scientists cannot consider ourselves to be always in a position of requesting help from others, it is high time for us to wake up and work. For how long the support will continue? Why do they need to support us? When will we stand on our feet?”

The full article was written by Wolfgang Huang and Stefan Kaufmann. 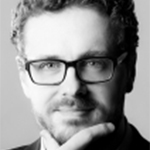