Among the approximately 600 young scientists from 84 countries, Sofie Valk, postdoc at the Institute for Medicine and Neurosciences of the Forschungszentrum Jülich, and Arnim Gaebler, assistant physician at the Department of Psychiatry, Psychotherapy and Psychosomatics of the University Hospital, RWTH Aachen University, participated in the 68th Lindau Nobel Laureate Meeting 2018. In two interviews, the Lindau Alumni talk about their experiences during the meeting – in particular about their inspiring encounters with the Nobel Laureates.

You participated in the Lindau Nobel Laureate Meeting at Lake Constance. What was your first impression?

Sofie Valk: “When I arrived in Lindau by train, I was struck by how beautiful the town and Lake Constance are. More importantly, the unusual nature of this conference became clear on the first evening. Unlike most conferences, both doctoral students and postdocs from a wide range of medical fields were present along with the Nobel Laureates themselves. This represented a broad spectrum of interests, resulting in a lively exchange of ideas. Overall, the conference was very well organised. For example, it was extremely interactive: Nobel Laureates and young scientists alike were able to help shape key aspects of the programme through discussions, lectures and a Poster Session.” 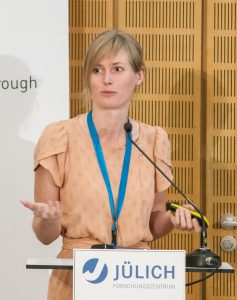 Sofie Valk during a presentation at the Forschungszentrum Jülich, © Sofie Valk

Did any of the Nobel Laureates’ lectures particularly impress you?

Sofie Valk: “Many of the speakers endeavoured to give us advice. For example, at the Laureate Lunch biologist Ada Yonath talked about perseverance. She herself conducted research into ribosomes for twenty years. Ribosomes are macromolecular complexes in cells where proteins are produced. Yonath’s aim was to elucidate the crystal structure of ribosomes by means of X-ray bombardment. This was long considered impossible, and initially people called her mad. On one occasion when she presented her findings, she was even accused of lying. But she refused give up and was eventually honoured with the 2009 Nobel Prize in Chemistry.”

Generally speaking, one topic of conversation at these conferences concerns shaping one’s own academic career. Did you receive any good tips in this respect?

Sofie Valk: “Yes, one Nobel Laureate, for example, gave advice on how we should proceed as postdocs when applying for positions. The most important thing is to follow your own ideas and not to be afraid of notions that might be perceived as stupid. It is essential that you don’t get bogged down in minor problems and to keep your eye on the big picture at all times. That’s the only way you can recognise opportunities that arise. The Life Lecture by Torsten Wiesel, who is 94 years old, was also inspiring. Together with his colleague David Hubel, Wiesel spent forty years researching the structure of the visual cortex and how it processes information. They shared the Nobel Prize in Physiology or Medicine in 1981. Wiesel gave up his career as a medical doctor to pursue research, because he wanted to get to the bottom of the origin of the phenomena. He phrased it a bit more poetically: “When you see a beautiful flower, behold it. Don’t pick it to say ‘Look what I’ve found’.”

That, by the way, is exactly what was so interesting about the Lindau Meeting: learning the stories behind the Nobel Prizes. Before the conference I had formed a certain picture of the laureates, who seemed to me more like heroes than normal people. But then they related details about their lives, and I realised that they were different and also more multifaceted than I had thought. Everyone was so enthusiastic and gratified by their work. At the same time they had thought a great deal about the future of science – which was very nice to discover.”

Which lectures at the Lindau Nobel Laureate Meeting especially stick in your mind?

Arnim Gaebler: “I was especially intrigued by Robert Lefkowitz, for example, who received the Nobel Prize in Chemistry in 2012. His field of research is G-protein-coupled receptors. In his lecture, he presented interesting approaches to the development of new drugs that target only one of several possible signal transduction pathways at receptors (functional selectivity) or act at another binding site (allosteric modulators). In a personal conversation, he gave me the names of two researchers who are working in the US on the development of such drugs for psychiatric disorders.” 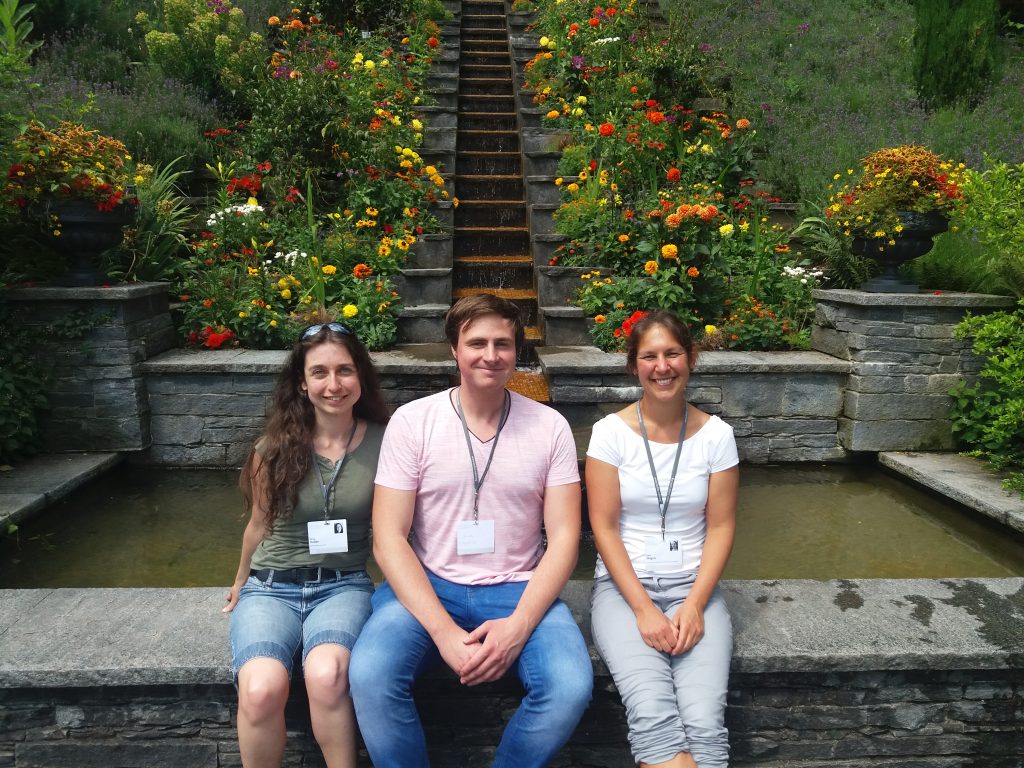 Besides the scientific lectures, there were also discussion panels about the work situation of researchers in general. What did they talk about?

Arnim Gaebler: “One topic was the publication process. For example, the importance of scientific journals as an impact factor for evaluating researchers was examined. In addition, some participants called for research findings to be made available to the general public free of charge along the lines of open access publications. The use of preprint publications was also advocated – formats in which researchers can make their findings available in advance during the often lengthy review process of the journals, the aim being to draw attention to their research more quickly or to disseminate knowledge. Another tip was to be sure to include a paragraph summarising all your research results in your CV. According to the experts, this is more meaningful than merely providing a publication list, which typically focuses on the names of the journals and their impact factor. I think that’s a good idea and one that I will take to heart.“

How would you sum up your participation in the Lindau Meeting?

Arnim Gaebler: “It was the best conference I’ve ever attended. The atmosphere was very relaxed, and everyone was highly motivated – young scientists, organisers and Nobel Laureates. The setting was also wonderful: Lindau is a pretty little town, and scientists could be seen discussing research on every street corner. It was a truly unique event.”

Learn more about the 68th Lindau Nobel Laureate Meeting in our mediatheque, including additional videos and informations.