A Long Road to Becoming...
Back

The path to my professional career as a chemist was not easy but constructive and challenging in some ways. I grew up in a small, quiet and traditional town in the state of Mexico Texcoco. Both of my parents had to overcome severe economic difficulties to pursue their own career in biology. Thankfully, I was blessed with their pledge to provide me a good education.

I attended a private school to learn English and because the academic programme was more challenging. During my basic education, I participated in several science and academic contests and I enjoyed the school profoundly. My generation was the first that stayed at home, there were not more chances to play in the streets or the neighbourhood, because of the numerous cars in the streets and the worsening of security. Then, in the middle school, I attended a math workshop where I learned tricks to do arithmetic operations in a flash and to solve math puzzles. With that training, I was selected to participate in Math Counts and the Pierre Fermat contest. Later, I enrolled in the EPT-UAEM public high school and was benefitted with a scholarship. During my last year there, I was invited to train for the regional Chemistry Olympiads. I was selected to continue to the state and furthermore the national contest.  That stage was meaningful for my further decision to study chemistry since I was selected to attend Mexico’s National Olympiad of Chemistry. This privilege implied a strong commitment by means of travelling two hours to the school of Chemistry of UAEM-Mexico to be trained for the competition, and then two hours more for the way back. I travelled with my mother after the school in an old van provided by the principal two or three days a week during some months. We arrived at home almost at midnight, exhausted but enthusiastic about my training and the hopeful support within my family. I valued that experience greatly because other peers and I received fascinating lessons with devoted teachers and scientists. 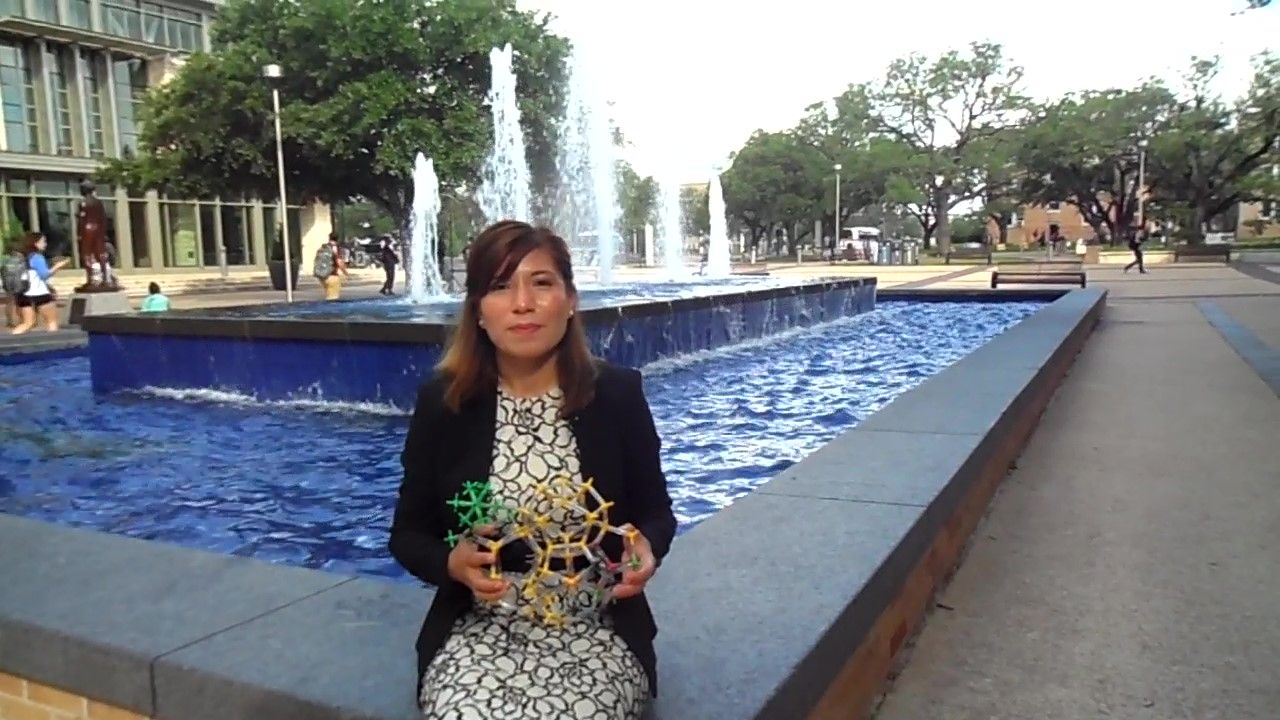 Ana Torres in front of the Rudder Fountain on the Texas A&M University campus, Photo: Courtesy of Ana Torres

After the enriching experience of attending the national contest and motivated by my teachers I decided to study chemistry in the School of Chemistry of the National Autonomous University of Mexico. So therefore, I spent four hours on a round-trip each day to Mexico City to pursue my bachelor degree. Sometimes I travelled by car with my father before dawn, but other days I had tiring trips in the overcrowded subway and the bus, which arrived in the middle of nowhere, where my parents picked me up. Fortunately, quantum chemistry captivated me and I joined a theoretical research workgroup after I had my first course in that subject area.

One year later, I got my bachelor degree with honours and continued my postgraduate studies in chemistry supported by a grant of the National Council of Science and Technology. Usually, there are very few students willing to pursue a career in Theoretical Chemistry in my program. It is worth mentioning that while I studied, my advisor and other theorists designed the Quantum and Computational Chemistry post-graduate courses – indeed some of the lectures were given for the very first time. Furthermore, at that time I started my own family and I had to organise my time efficiently to get a functional balance between motherhood, research and teaching. Therefore, through family shared efforts, hard-work and passion for science I graduated with honours, gaining the M.Sc. and Ph.D. degrees in chemistry, whereas my son developed a love for math. 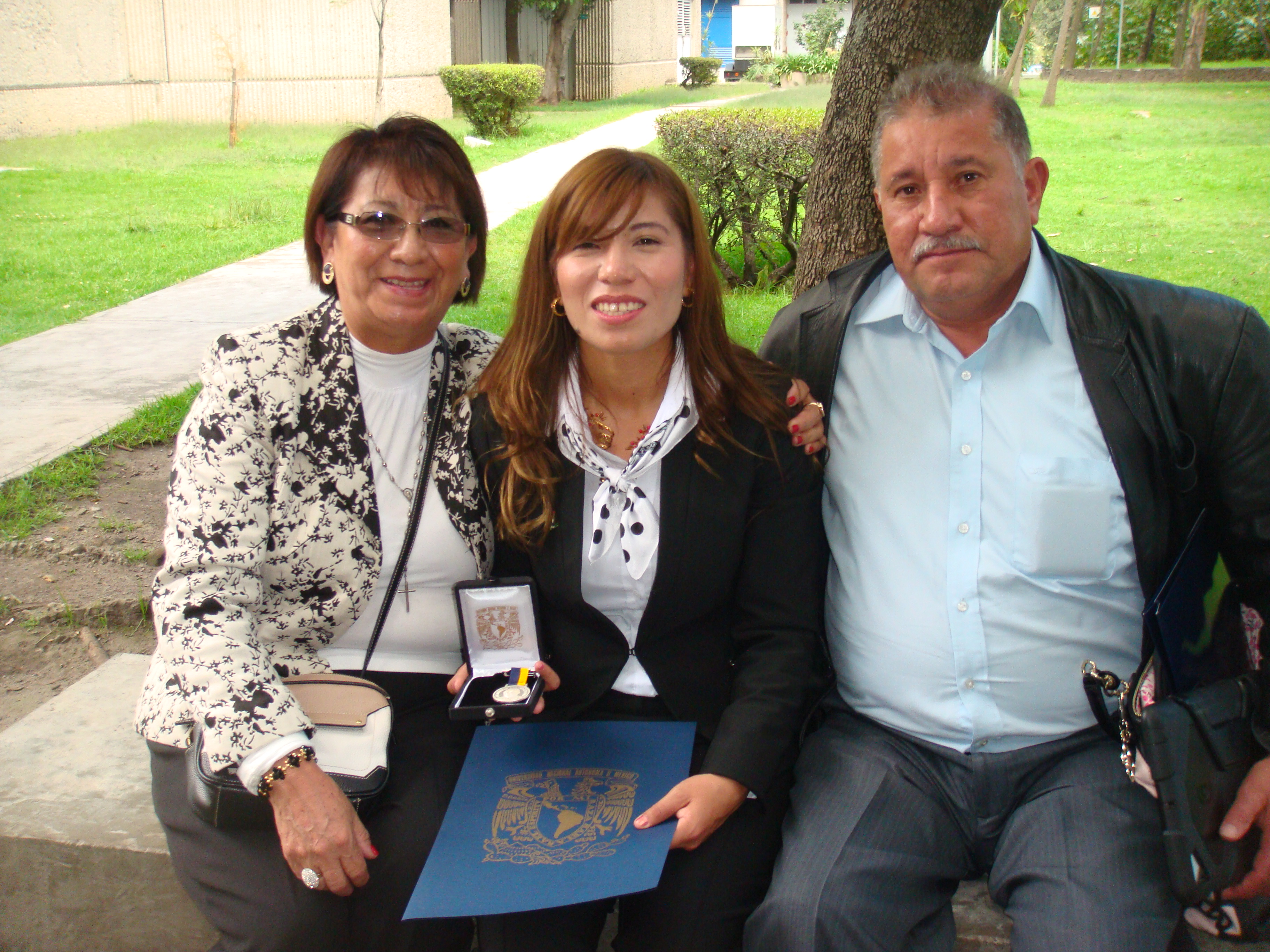 Ana Torres with her parents, Socorro Hernandez and Pablo Torres, at the National Autonomus Unviersity of Mexico, Photo: Courtesy of Ana Torres

I became a teacher and mentor for undergraduate students just after I got my Master’s degree. Then, for the Ph.D., I moved to the Materials Research Institute where Prof. Serguei Fomine became my advisor. From him I learned a strong discipline of work and a structured way to analyse the chemical problems. This contributed positively since I graduated in less time than my postgraduate program demarked. After I graduated, I was accepted for a postdoctoral position within the group of Prof. Perla Balbuena in Texas A&M University. Thus, I dealt with almost six months of paperwork to get a scholarship and arrange the immigration documentation for my son, my husband and for me. I arrived in the US one month later than the start date of the programme given the migratory issues. At present, I am grateful for the support and academic guidance of Prof. Balbuena and committed to work hard on my research project. My family and I are partaking this opportunity to grow in academic and personal areas and I shall respond to their great effort. Science has opened me the doors to travel to countries abroad and to build collaborations and friendships. Currently, I am member of the Graduate Women in Science organisation, the Toastmasters club as well as the group of Bible studies for women and I enjoy sharing Spanish classes. 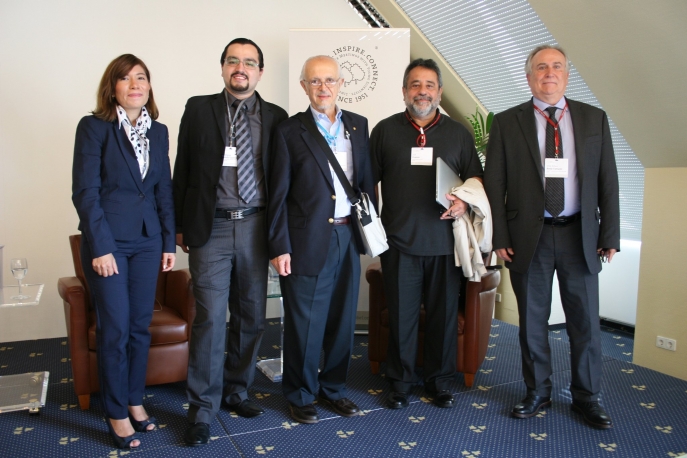 The main goal of my current research project is to perform a theoretical study of the interfacial phenomena relevant for the development of new generation rechargeable batteries. Likewise, I will address the confinement effect exerted by molecular sieves, solvents, nano-structured materials or an inert gas matrix over the chemical reactions, which are important for chemical catalysis. It is expected that the outcome of this project would support experimental research that has been developed for both the description and design of battery materials and catalytic systems. Nowadays, it is important to assist the novel frontier materials design (with enhanced features) using theoretical methods and computational calculations before being synthetised in the laboratory. This could be very helpful to optimise resources and facilitate the materials implementation for the manufacturing process of technological devices. 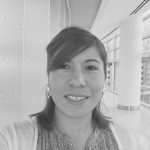 Ana Torres, Lindau Alumna 2017, graduated with honours in Chemistry from the National Autonomus University of Mexico (UNAM) in 2008. She obtained her M.Sc. degree with honours from the School of Chemistry – UNAM. Ana received his Ph.D. in Chemistry with honours from the Materials Research Institute-UNAM in 2016. She was a part-time university teacher in the School of Chemistry UNAM and academic mentor of undergraduate students. At present, she is a postdoctoral researcher in the Department of Chemical Engineering in Texas A&M University within the group of Prof. Perla Balbuena. Ana is a proud mother and wife committed to motivate young girls to pursue a career in science. She was highly honoured to share a panel discussion with Nobel Laureate Mario Molina.