Between Stiglitz and Selfies
Back
#LindauEcon14 participant Muslimin Anwar shares a conversation with Joe Stiglitz and a host of spectacular Lindau selfies. It’s been four weeks since the closing of the 5th Lindau Meeting on Economic Sciences, but the great memory of it is still playing around in my head. For about a week, from 19 to 23 August 2014, I have been provided with an open exchange of economic expertise and inspired cross-cultural and inter-generational encounters among 17 Nobel Laurates and 450 young economists from 80 countries. I really enjoyed the program and had plenty of opportunity for an intensive exchange of ideas with prominent Laureates in economics as well as with my fellow central bankers from all over the world. It was really exciting to learn the broad range of views which ranged from the standpoint that the scientist’s domain is in science only, to the demand for scientists to get involved in public policy making. 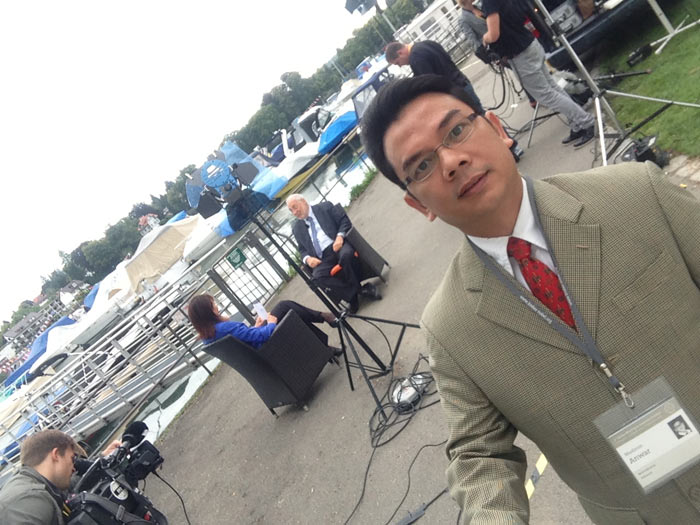 Muslimin Anwar, the man with the monopod, taking a selfie with Joseph Stiglitz being interviewed in the background.

One among a plethora of unforgettable moments in Lindau was the moment when I talked to a prominent Nobel Laurate, Professor Joseph Eugene Stiglitz, a recipient of the Nobel Prize in Economic Sciences (2001) and the John Bates Clark Medal (1979). During our conversation, he warned that emerging economies, including my country Indonesia, must be ready to face possible global economic crisis in the future. Emerging countries like Indonesia will likely suffer bad impacts from the US Federal Reserve’s monetary policy, if the Fed fund rate is increased in the future. However, Stiglitz said it was likely that the Fed would not increase its fund rate in the near future. Many experts have predicted that the Fed will increase its benchmark interest rate in the second or third quarter of 2015. Nevertheless, Stiglitz said that although the Fed may increase the fund rate in the future but he was sure it would be maintained in a low rate. Another lesson I take from Stiglitz, a man who is known for his critical view of the management of globalization and free-market economists, is when he said that developed countries should not only consider their domestic economic interests in deciding their economic policies, as it had been proven during the last decade that the policies of advanced economies had brought negative impacts to the world economy. Included among the impacts, as we may all have noticed, was the sub-prime mortgage case in the US in 2008 and financial and fiscal crisis in Europe that had occurred since 2010 and caused imbalances in the world’s economy. 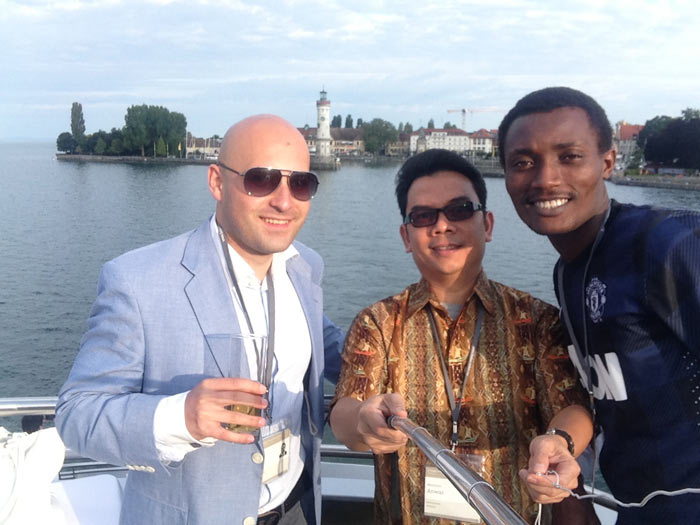 The former senior vice president and chief economist of the World Bank went on to say that emerging economies with huge foreign exchange reserves and well-managed capital accounts would be in a beneficial position when facing various global economic pressures, such as an increased Fed fund rate and even global economic crisis. I agreed with Stiglitz in that Indonesia should work on various domestic tasks, especially on structural reform, by increasing export competitiveness and economic sovereignty to bring the country’s current account deficit back into a healthy direction and increase its foreign exchange reserves. Indonesia’s official reserve asset position as of end-August 2014 reached U.S.$111.2 billion, up from the end of July 2014 level amounted to U.S.$110.5 billion. The amount of these official reserve assets can adequately cover 6.5 months of imports or 6.3 months of imports and servicing of government external debt repayment, well above the international standards of reserves adequacy at 3 months of imports. The Bank of Indonesia considers the burgeoning position of official reserve assets have positive impact on efforts to strengthen the resilience of the external sector and maintain the sustainability of Indonesian economic growth. Besides talking to Joseph Stiglitz Muslimin Anwar made a Name for himself as the #LindauEcon14 selfie king. Want proof? Just click through his photo slideshow:

Muslimin Anwar, Lindau Alumnus 2014, participated in #LindauEcon14 as a young economist. He conducts research in Inflation and economic structural reforms and works for the Bank of Indonesia. During the meeting he made a Name for himself as 'the Selfie King'.