Day four of #LINO22: We started with a Science Breakfast on “Scientific Collaboration in Challenging Times”. Afterwards, young scientists once again had the opportunity to present their research in our Next Gen Science session. The Nobel Laureates continued with their Agora Talks and then headed off to the Laureate Lunches with the young scientists. Another highlight was the Panel Discussion on “Catalysis & Green Chemistry”, followed by Open Exchange sessions. In the evening, the Heidelberg Lecture by Fields medalist Efim I. Zelmanov concluded the scientific programme. Last but not least, young scientists can finish off their day with a joint dinner while enjoying the Lindau sunset.

“In difficult situations, such as the current one, personal relationships between scientists are essential to maintain scientific research and advance.”

Nobel Laureate Donna Strickland together with young scientists during their Laureate Lunch, having a good time.

Several attending Laureates of this year’s meeting received the Nobel Prize for their research on proteins. Our blog post summarises the talks of Venki Ramakrishnan and Kurt Wüthrich in Lindau about their road to discovery. 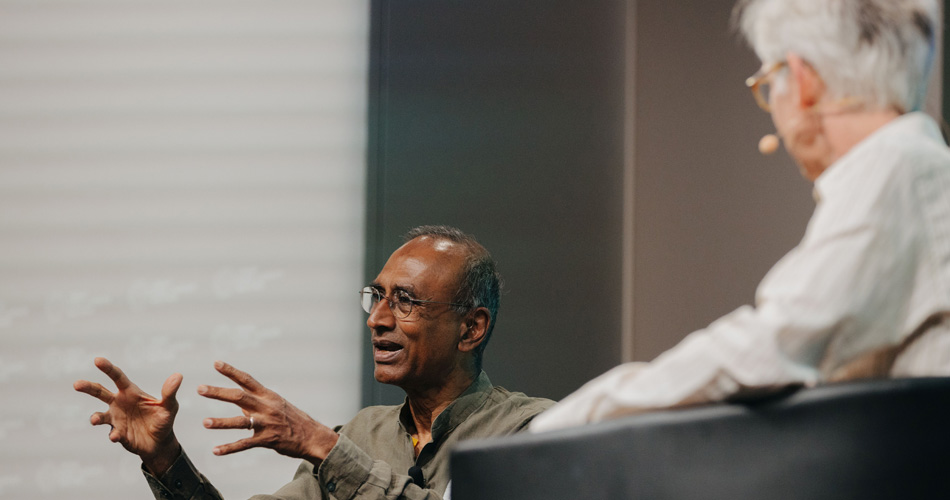 In our Next Gen Science sessions, 14 young scientists had the opportunity to present their research, on the same stage as some of the Nobel Laureates a few hours earlier.

Thank you ⁦@lindaunobel⁩ for giving me the opportunity to present my research at the Lindau Nobel laureate meeting! #LINO22 pic.twitter.com/auJJbBz2GU

We had such a great night. See if you can name the laurates in the picture 🙂 @lindaunobel #LINO22 https://t.co/FWMqX4Jqs0

A pleasure to have Donna Strickland join the #LindauAussies last night at the @lindaunobel #LINO22 Grill & Chill pic.twitter.com/3TJyXyPFkK

This week, Pamela Mars connected with Mars Young Fellow Scientists about opportunities and challenges in nutrition research, spotlighting the multidisciplinary collaboration needed to elevate the field. Read more about what we're up to at @lindaunobel at https://t.co/XrbAsnRE3f. pic.twitter.com/4cLy8EQcvv

“(Young Scientists) need to be collaborative to stick together to implement cultural change,” @MartinVetterli

The importance of collaboration discussed this morning at #LINO22 with Randy Schekman, Martin Vetterli and Adam Smith.

Day4: Dedicated to Interactions and Exchange! Ofcourse, why to forget pictures with new friends! India-Pak🇵🇰🇮🇳💖❤️ #LINO22 @lindaunobel @GermanyinIndia #INDIA #Academia Thanks to Claudia and Rojna for having wonderful interaction. (Had first two interviews of life) 😇 pic.twitter.com/gbVAaddBrv

Last year’s Nobel Prize was awarded for the development of organocatalysis to Benjamin List and Sir David W.C. MacMillan. This was also the topic of today’s Panel Discussion on “Catalysis & Green Chemistry”.

Over the course of the next days, we will keep you updated on the 71st Lindau Nobel Laureate Meeting with our daily recaps. The idea behind it is to bring to you the day’s highlights in a blink of an eye. The daily recaps will feature blog posts, photos and videos from the mediatheque.