Chemistry, and science as a whole, can be described as a neverending quest to expose the truths of nature. But, at the same time – by its very iterative consensus-led disposition – science rarely provides instant certainty to the public, and almost never binary answers. You ask a straight ‘yes/no’ question to a scientist and they will give you a probability with caveats. What’s worse, you may ask the same question a year later and get a completely different answer.

For example, at the beginning of the COVID-19 pandemic, emphasis was placed on handwashing to halt the SARS-CoV-2 virus’ spread via transmission from surfaces. This advice was based on foundational chemistry knowledge around the interaction of soaps and disinfectants with the virus. But surface transmission later proved to be less important than first thought. Public doubt crept in and trust was shaken, even though the chemistry remained sound.

How can the public trust in an enterprise that’s built on what appears to be such shifting sands? This was the question posed on the first day of the 71st Lindau Nobel Laureate Meeting during the Panel Discussion ‘Trust in Chemistry, Trust in Science’.

The Pandemic’s Impact on Trust

Diving straight into the effect of the pandemic on public trust in science was 2009 Nobel Prize in Chemistry recipient Venki Ramakrishnan: “In science, truth is always provisional,” he said. “When [politicians] say they’re following the science, there’s often no ‘the science’ because scientists would often disagree on different aspects of the pandemic.”

Ramkrishnan argued that this uncertainty, which scientists live with all the time at the frontiers of knowledge, has been hard for the public to stomach. “I think… we have to convey to the public that just because things are uncertain, doesn’t mean we shouldn’t act,” he said. “What scientists can really do is point out what the basis is for their conclusions or advice in a language that everyone can understand, and where the evidence is there for everyone to look at.”

This emphasis on clarity and transparency was echoed and expanded upon by other panel members. “The pandemic response… was about sharing knowledge really fast, when knowledge was absent because we didn’t understand the virus at first,” said Antje Boetius, a polar and deep-sea researcher, and director of the Alfred Wegener Institute at the Helmholtz Centre for Polar and Marine Research.

Boetius felt that the scientific community’s success in rapidly responding to the virus ­– where, for example, virologists were conducting experiments in the lab and immediately posting their data on Twitter – means there is a debate to be had about increasing public trust in science more generally by swiftly getting results out into the world without peer review, though she recognised this poses unique dangers, not least the rapid dissemination of misinformation. 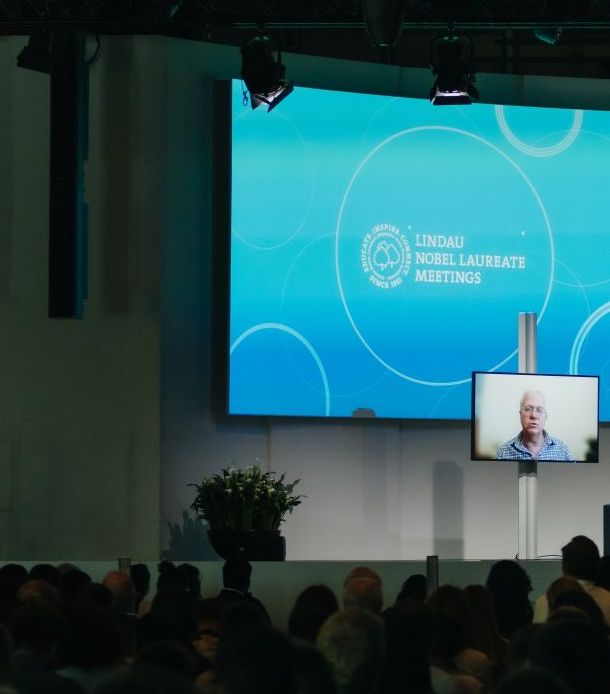 Brian Schmidt, 2011 Nobel Prize in Physics recipient who was involved in a similar debate at last year’s Meeting, agreed: “I think at the heart we need much more transparency than we have,” he argued. “I am left wishing we had sort of a scientific Twitter, a place where you have to be registered and you have to agree to a certain code of conduct, so that we can more rapidly share information.”

Beyond transparency, all panellists agreed that two further fundamental problems exist relating to the public’s trust in science, both of which were heightened during the pandemic: a lack of understating of the scientific process and a lack of diversity in science itself.

Asked how the public can better appreciate that the scientific method does not bring absolute truths, Lindau young scientist María Clara Miserendino from the Universidad Nacional de Córdoba, Argentina, emphasised the importance of citizen science projects: “I think that it would be very cool to have more citizen science projects in which we can engage with society in research, so that they can maybe better understand what science is, how it works, and how we deal with uncertainty.”

Meanwhile, fellow young scientist Sophie Marie Gutenthaler from the Ludwig Maximilian University of Munich, Germany, emphasised education. “I would say the key is education so that you start at school to educate people how the scientific process works,” she argued. “Obviously, someday people leave school, [and for this] it is important to have meet-points where the general public can meet actual scientists… and see they are real people and can make mistakes.”

A question from the floor prompted a discussion on how the inclusion of diverse voices in the scientific process can help in building trust in science. Ramakrishnan pointed to an infamous example of how a lack of diversity, combined with scientific wrongdoing, can and has eroded trust in a particular community. In the Tuskegee Experiment, between 1932 and 1972, 400 African-American men with syphilis were promised free medical care but were left untreated without their knowledge for the purpose of observing the effects of the disease. “So now when coronavirus hits, and there’s reluctance in the black community to take up these vaccines, you can understand why,” he said. “The solution is to involve people from the black community, to engage with them.”

Schmidt summed up the importance of diversity and inclusivity in building trust in science with a recent example from Australia. “We have been doing quite a big project to sequence the DNA of First Nations people,” he revealed. “What has been really important for us is to bring in First Nations scientists, as it’s almost impossible to be trustworthy if you don’t reflect the people that you’re working with.”