Dark Matter and Extreme Light:...
Back

Thabiso Goba, a 4th year journalism student at the Durban University of Technology is attending the 69th Lindau Nobel Laureate Meeting as part of the South African Agency For Science and Technology. He usually writes science-related stories in indigenous languages as part of SAASTA’s initiative to promote science literacy in the country. Thabiso is here along with 20 young scientists from SA. Here are two of his newest articles about the Lindau Meeting 2018:

About 5% of the Universe is made up of known atoms like protons, neutrons, and electrons and the rest of it is an unknown, invisible gas substances that is dark matter and a powerful force that repels gravity, referred to as ‘dark energy.’ This means that much of the Universe has not yet been discovered because the technology to detect dark energy does not exist. 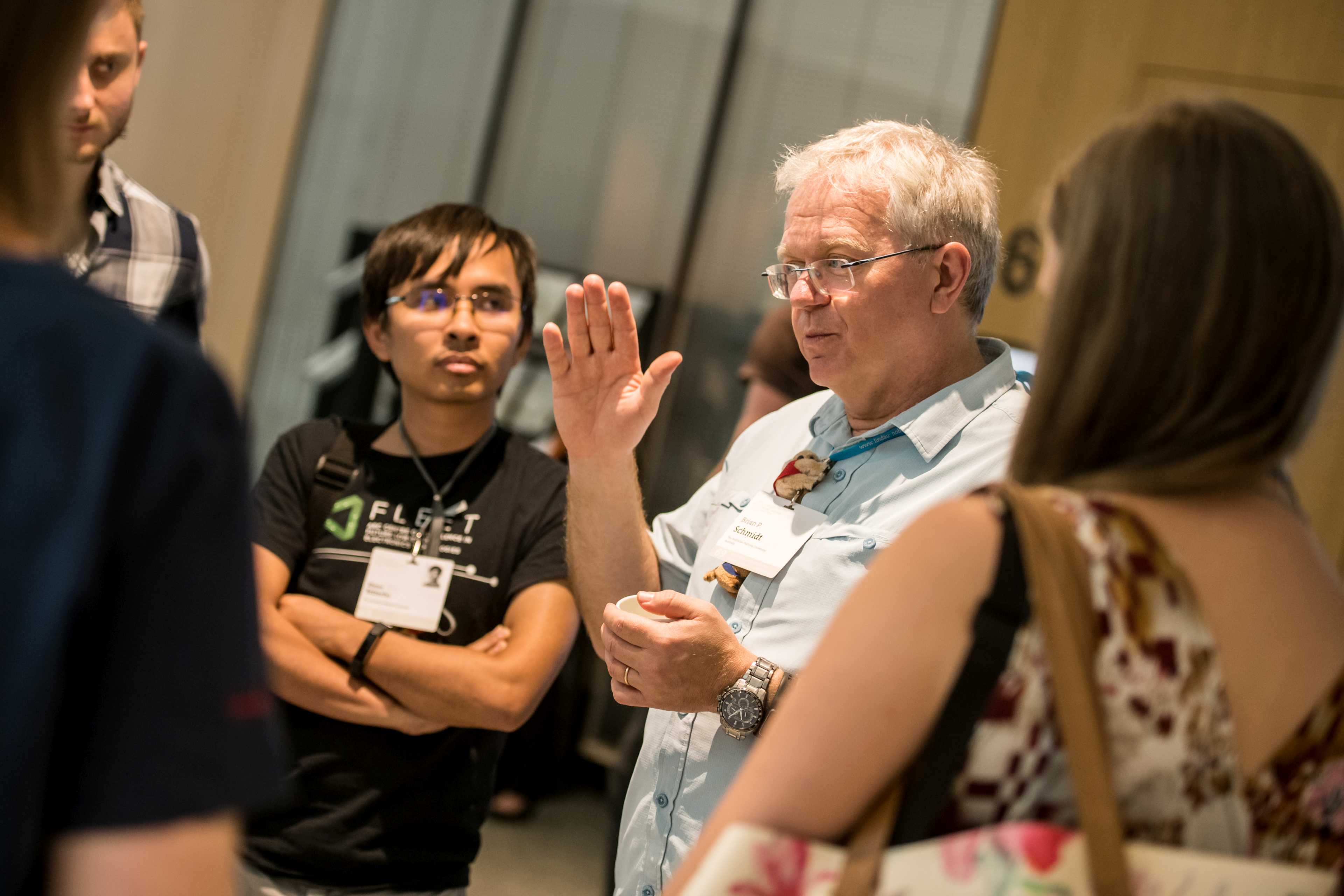 Professor Brian Schmidt is a Nobel Laureate in Physics who was awarded for his work in determining the implications of dark energy. “In 1998 myself and two teams went and we measured that the Universe is getting bigger and bigger, faster and faster over time. Now we’ve known for the last 100 years that the Universe is expanding but our discovery says something is pushing the universe apart and we think that something is gravity,” he said. “But gravity is working in reverse and it’s working in reverse because everywhere in the universe there is stuff that we call dark energy. And dark energy, it turns out, through Einstein’s theory of relativity – the way we understand gravity – tells us that the universe has energy everywhere and that energy will push the Universe apart rather than pull it together,” he said.

In his Sketch of Science, a project German photographer Volker Steger, Schmidt drew a stairway like sketch, that is narrow at the top and spreads out wider and wider as it reaches the bottom. The illustration demonstrates that the galaxies in the earth are moving further apart at an accelerated, not constant, pace.

What are the implication of stars, classes of planets and galaxies moving further away from each other?

#LINO19 young scientist Kimeel Sooknunan, who recently completed his masters at the University of Cape Town and will be pursuing his PhD in astrophysics at the Imperial College London, said the implications of the universe accelerating will be felt in the long term. “We are not sure if the expansion is time dependant, maybe it will slow down in the end but let’s say it doesn’t. This would mean there would come a time when all galaxies are alone,” he said. “So there would come a time when as a scientist you would look up in the sky and you would see only your galaxy.” As an astrophysicist in the making, Sooknunan said it would be much harder to research physics in space and make new observations if the galaxies keep drifting away from each other. Which is why understanding dark energy is probably the next frontier for this generation of astrophysicists.

Winning a Nobel Prize in Physics Is No Easy Feat, to Do It with Your First Paper Is Something Else

Nobel Laureate Donna Strickland, along with her supervisor and laureate Gérard Mourou, published the paper Compression of amplified chirped optical pulses in 1985 back when she was still a doctoral student. After 30 years, with her work standing the test of time, the Nobel committee decided to award her the 2018 Nobel Prize for Physics, which catapulted Strickland into international stardom. Coming into this year’s Lindau Meeting, Strickland was arguably the most sought after laureate, with her talk and open exchanges being at full capacity. 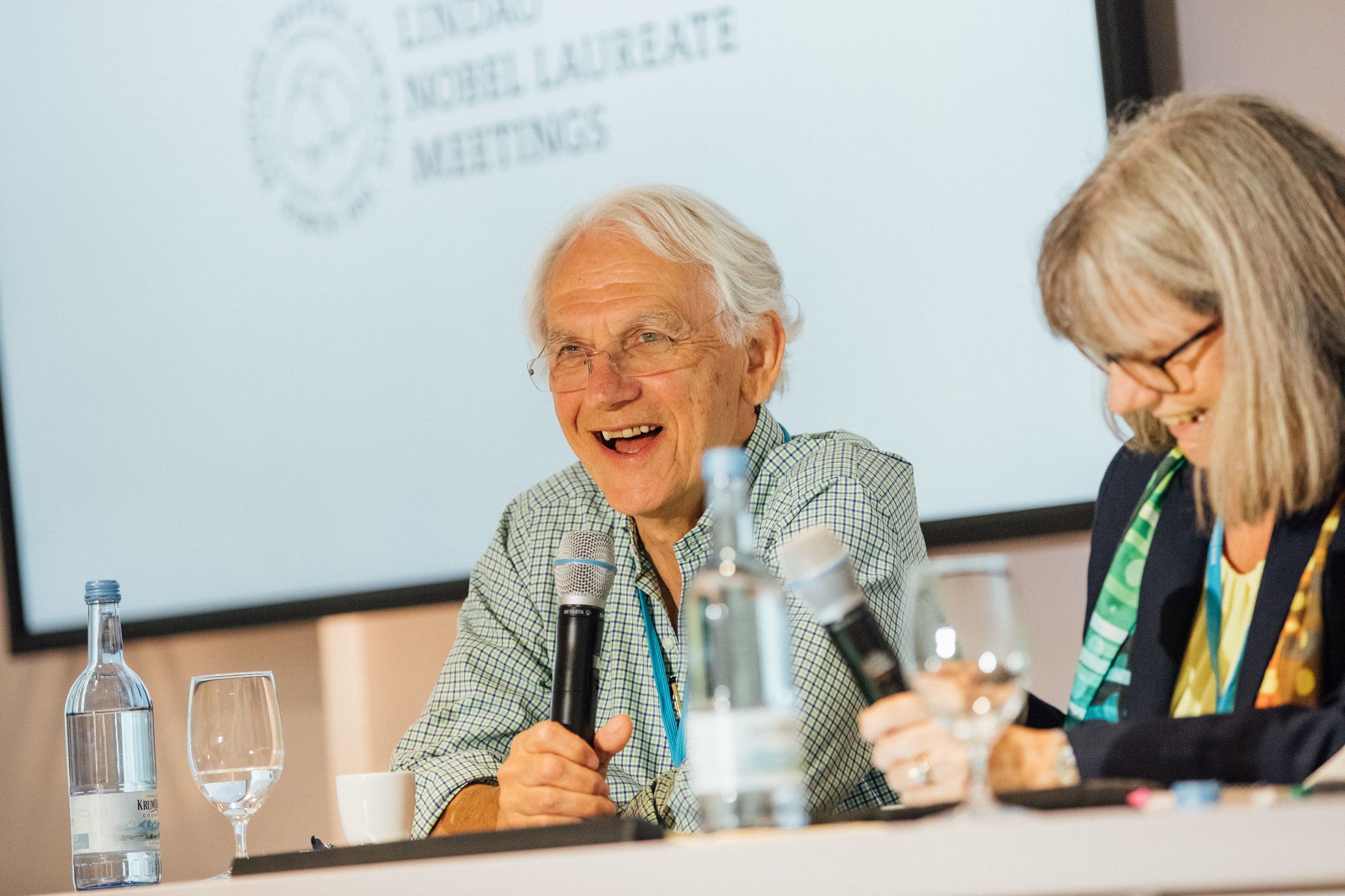 On day two of the meeting, Strickland hosted an open exchange with young scientists and while it was initially earmarked to be an hour and a half, it stretched on to two hours, with all the audience, both sitting and standing captivated by her charisma, quick wit and self-deprecating humour. The exchange started off on an academic note, with Strickland having to explain her methods of how she managed to generate ultra-high intensity lasers without destroying the amplifications that support it. “I (always) say I built a laser hammer,” she explained. “it’s the same as trying to push a nail into a piece of wood, you push with all your might. It doesn’t go in but you take a hammer and it does.”

“A one-second laser pulse is 300.000 kilometres long, if you take all that energy and squeeze it to less than a 3rd of a millimetre, that photon density is the same thing as a laser hammer,” said Strickland. Her work changed how light interacted with matter by removing electrons straight from atoms instead of heating it with a laser. As only the third ever women Nobel Laureate in Physics, it was inevitable that the questions would turn to her gender something that Strickland has tried to move away from.

In a number of published interviews, Strickland always says she sees herself as a scientist rather than a women in science. So when a young female scientist asked Strickland how it feels to be a women laureate, she threw her head back, let out a heavy sigh before engaging sincerely with the question saying the topic of her gender has overshadowed the Nobel Prize to a certain extent. “My walk through life is not like any other women’s walk through life, so I have a little bit of trouble being this role model because I have not been plagued by situations I have heard of,” she said. “I just have not had these problems walking through life that I know other women have. I get that things have to change, so I am just waiting for the next women to win it.”

Strickland and her husband, Douglas Dykaar, also a physicist, joined the South African delegation on Tuesday for dinner. The 20 young scientists from South Africa, each all had a turn to pick her brains on a number of issues from laser physics, student life and other personal stuff. At the end of the dinner, Strickland got up, made a short speech of gratitude to her hosts before personally shaking and hugging everyone who had made the dinner. As usual, she graciously posed for pictures and disappeared into the night where she will have to do it all over again the next day. 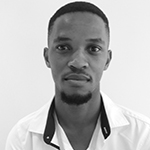 Thabiso Goba is 4th year Journalism Student at the Durban University of Technology. He is ucrrently enrolled with the South African Agency for Science and Technology as an intern journalist, writing science articles in indegenous languages. His previous work has appeared in Daily Meverick, Daily News and GroundUp. Follow him on twitter @Thabisotbee