Winners and Losers From a...
Back

The rise of China has been one of the most important events to hit the world economy in recent decades. Rapid economic growth has had enormous implications within China, lifting millions of Chinese citizens out of poverty. But China’s rise has also deeply affected the economies of other countries in ways that we are only beginning to understand.

One fact that economists have learned from studying China’s impact on other countries is that competition from the booming Chinese manufacturing sector has had a big effect on manufacturing workers elsewhere. According to research by David Autor, David Dorn and Gordon Hanson, manufacturing employment has declined much more quickly in parts of the United States that produce goods imported from China.

These findings of negative impacts of Chinese competition for manufacturing workers have been corroborated by studies of European countries. For example, research by João Paulo Pessoa finds that UK workers initially employed in industries competing with Chinese products earned less and spent more time out of employment in the early 2000s.

But China is not only a competitor for other countries’ industries; it has also become an increasingly important consumer of goods produced elsewhere. In particular, China’s rapidly growing economy fuelled a worldwide commodity boom in the early 2000s.

This had an especially big impact on developing countries, whose swiftly rising exports to China became dominated by raw materials such as crops, ores and oil. Exports from low- and middle-income countries to China grew twelvefold from 1995 to 2010, compared with a twofold rise in their exports to everywhere else, so that China became an increasingly important trade partner for the developing world. 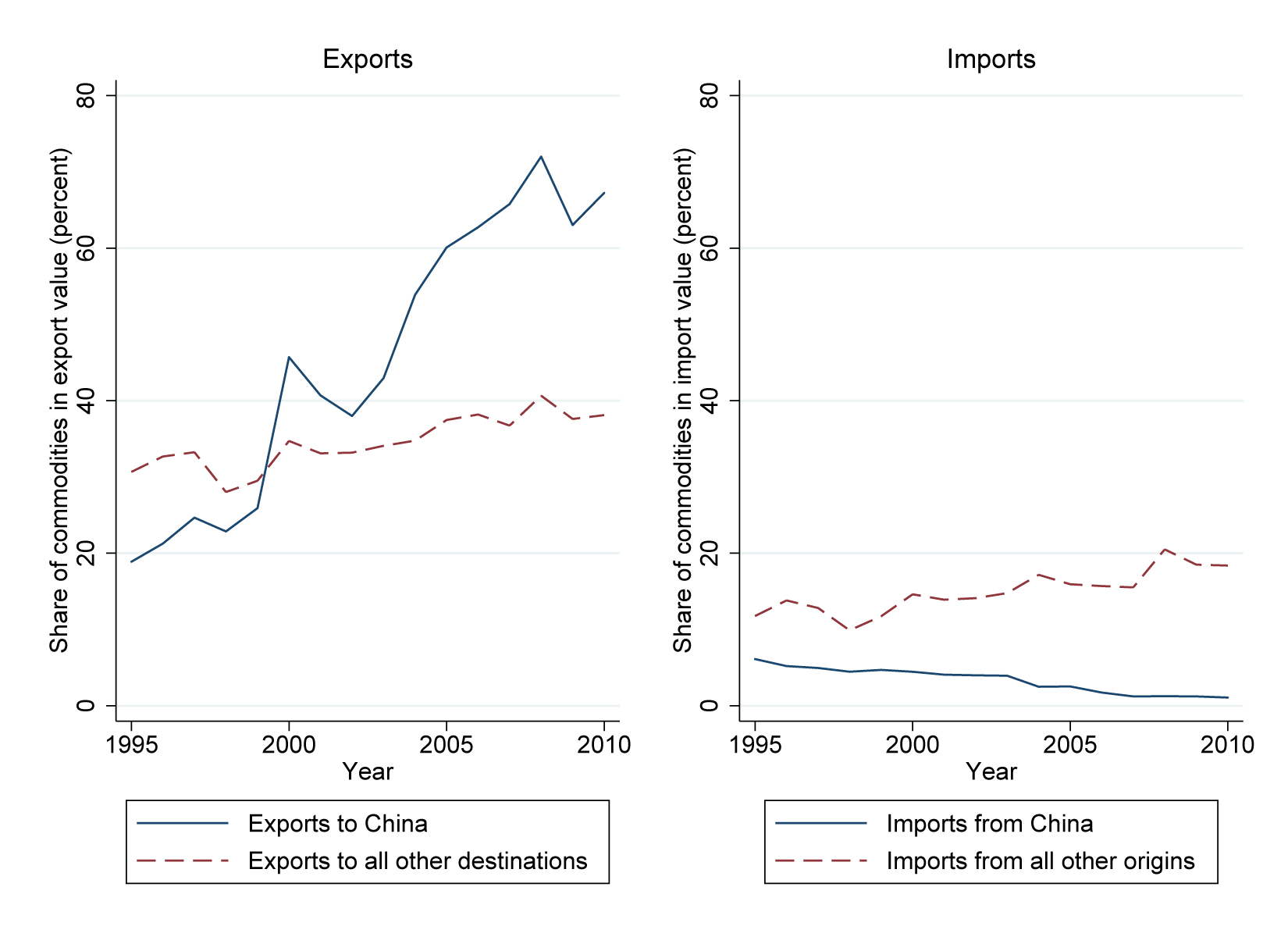 Figure 1: Share of commodities in trade of developing countries. ‘Commodities’ include products of the agricultural, forestry, fisheries/aquaculture and mining sectors. ‘Developing countries’ include non-high-income countries as defined by the World Bank, excluding countries in East and Southeast Asia, which tend to participate in regional manufacturing supply chains. Trade data is from CEPII BACI. Credit: Francisco Costa

This swift transition to a new kind of trade relationship has sometimes been unpopular with China’s trade partners. For example, before a visit to China in 2011, Brazil’s former president Dilma Rousseff promised that she would be “working to promote Brazilian products other than basic commodities,” amid worries about “overreliance on exports of basic items such as iron ore and soy” (Los Angeles Times).

So for countries like Brazil, how did the benefits from the China-driven commodity boom compare to the costs of rising competition from Chinese manufactures?

In my research with Jason Garred and João Paulo Pessoa, published recently in the Journal of International Economics, we look at how the steep rise in ‘commodities-for-manufactures’ trade with China affected workers in Brazil. It turns out that Brazil’s evolving trade relationship with China in the early 2000s echoed that of the rest of the developing world:

Our study analyses the 2000 and 2010 Brazilian censuses to check how the fortunes of workers across different regions and industries evolved during the boom in trade with China. 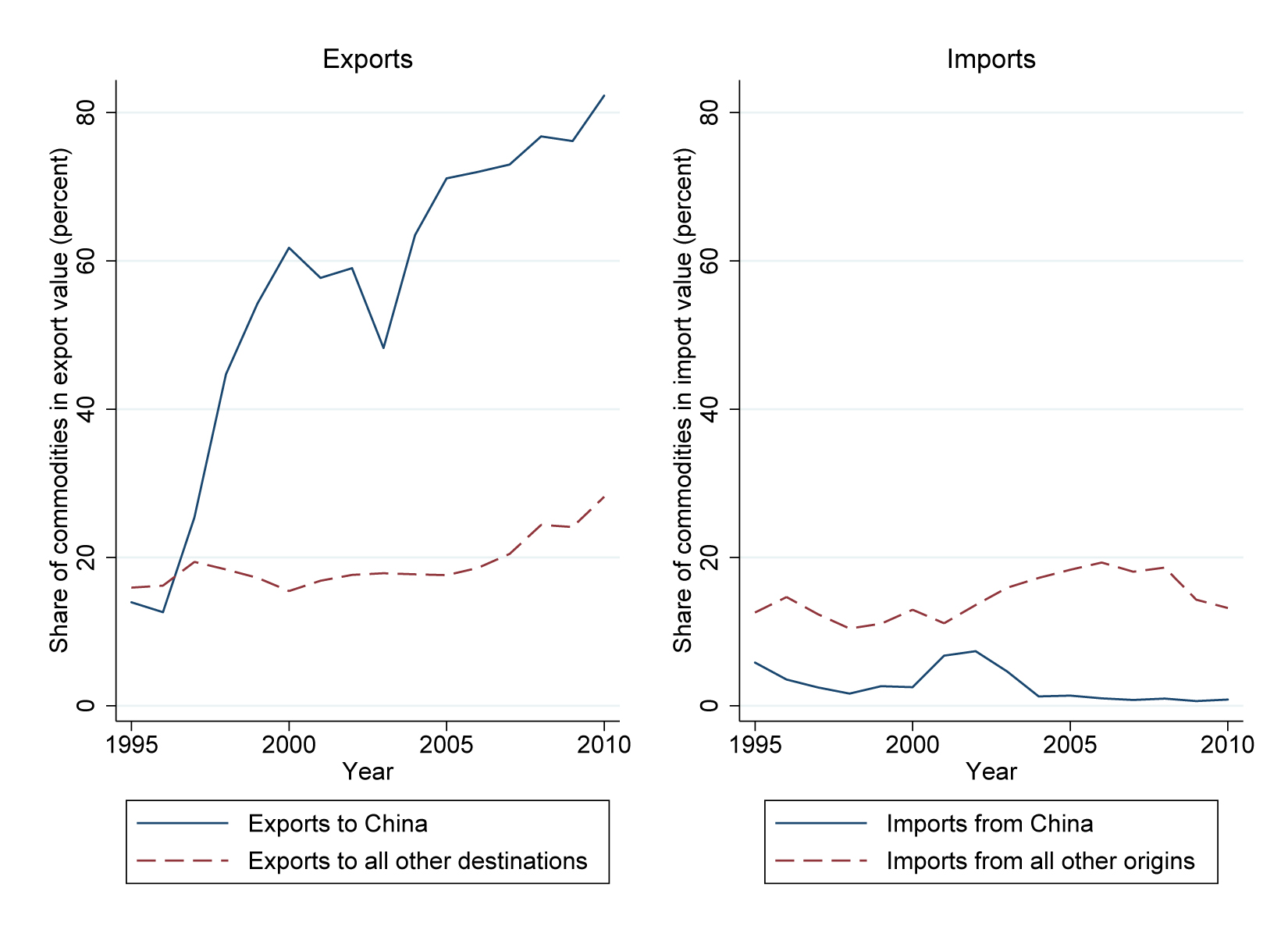 Figure 2: Share of commodities in trade of Brazil. ‘Commodities’ include products of the agricultural, forestry, fisheries/aquaculture and mining sectors. Trade data is from CEPII BACI. Credit: Francisco Costa

We first confirm that during this time, there was a negative effect of Chinese import competition on employees of manufacturing firms. Specifically, in parts of Brazil producing manufactured goods imported from China (such as electronics), growth in manufacturing workers’ wages between 2000 and 2010 was systematically slower.

But our findings also suggest that growth in trade with China created winners as well as losers within Brazil. Wages rose more quickly in parts of the country benefiting more from increasing Chinese demand, which were mainly regions producing soy or iron ore.

We also find that these regions saw a rise in the share of employed workers in formal jobs. Unlike jobs in the informal economy, jobs in the formal sector come with unemployment insurance, paid medical leave and other benefits, and so this increase in formality can be seen as a rise in non-wage compensation.

So while Brazil’s manufacturing workers seem to have lost out from Chinese import competition, rising exports to China appear to have benefited a different subset of Brazilian workers.

Our study concentrates on the short-run effects of trade with China on Brazilian workers. This means that our results don’t provide a full account of the trade-offs between the twin booms in commodity exports and manufacturing imports. For example, we don’t know what happened to the winners from the commodity boom once Chinese demand slowed in the mid-2010s.

We also do not consider the benefits to Brazilian consumers from access to cheaper imported goods from China. But what we do find suggests that trading raw materials for manufactures with China may not have been a raw deal for developing countries like Brazil after all. 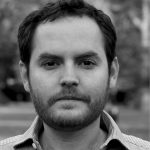 Francisco Costa is an Assistant Professor of Economics at FGV/EPGE in Brazil. Prior to joining the department, he received his PhD degree in Economics from the London School of Economics. His primary research interests are Environmental/Energy Economics, Development Economics, and Applied Microeconomics.