Gabriela Barreto Lemos is from Belo Horizonte, capital of the Brazilian state of Minas Gerais. When she came to Lindau, she was working at the Institute for Quantum Optics and Quantum Information in Vienna. We caught up with Gabriela in the final months of her postdoc fellowship in Natal in the north east of her home country.

Two months after the Lindau meeting, I moved to the USA and worked as Scientist in Residence at the School of the Art Institute of Chicago (SAIC). That was an amazing experience, which changed my life profoundly. Since then I have been working on various art-science collaborations and also working a lot on outreach activities designed to engage the general public in physics. For example, myself and artist/designer Kayla Lewis, who I met at the SAIC, were selected for a Guerilla Science residency financed by the National Science Foundation (USA), and we presented our collaboration The Fabric of Space-Time.

I currently work at the International Institute of Physics in Natal, Brazil, doing research on causality and quantum information. One of our publications last year on Wheeler’s delayed choice experiment received great media coverage. I also continue doing exciting research with Professor Zeilinger’s group at the Institute for Quantum Optics and Quantum Information in Vienna.

I’ve also been quite active in the Women in Science movement. For example, the project “Little Seeds of Science”, realised together with Professor Laura Corredor-Bohórquez, seeks to introduce science to 6-8 year-old girls in very low-income communities in Brazil, and at the same time teaches the boys to listen and learn from the girls.

In what is a real career highlight for me, I just received a Mietta Santiago Medal from the Brazilian National Congress (Brazil’s federal parliament) for my physics research. In 1928, Mietta Santiago was the first woman in Brazil to fight for ─ and achieve ─ the right to vote and run for a position in parliament.

In the near future, I will be moving to Boston for at least two years, where I will continue doing physics research, but also mentor students and develop and teach physics and mathematics courses at the University of Massachusetts Boston as an adjunct professor. It marks the beginning of a new stage in my career. I’m excited about the opportunity to work there and I’m certain it will be an enriching experience.

Tell us about your current work. What do you enjoy most about it?

Working at the International Institute of Physics has been an immense pleasure. It is a place where one can do fascinating physics research in collaboration with brilliant people in a relaxed environment. In addition, working with Professor Laura Corredor-Bohórquez and our brilliant team of students and teachers in the project “Little Seeds of Science” has taught me so much and has given me strength to fight for inclusion and social justice.

Your experience as a scientist in residence at the School of the Art Institute of Chicago sounds fascinating. Tell us more! How did you find collaborating with the artists?

I taught quantum physics to art students and I collaborated with artists. I love it so much, I can’t stop! I have learned to see physics in a completely new light, which has brought back the excitement of when I first started studying physics as an undergrad. To combine art and science has been my dream since I was a teenager, and I’m grateful for all the amazing artists I’ve met and am having the opportunity to collaborate with.

Imposter syndrome is definitely my greatest gremlin. I have training both in theory and in experiments, so if the equipment in my lab breaks or I have no funding to buy equipment, I can do theoretical physics research and be just as happy. The problem is that the aggressive competition in academia deepens isolation and isolation fuels imposter syndrome, which can be paralysing.

It is particularly strong for minorities in science ─ women, LGBTQs, blacks, indigenous, people from low-income families, etc ─ because we are, in fact, more isolated, and we hear over and over again that we don’t belong in the scientific community. I honestly think that science is losing too many talents due to promoting individualism and excessive competition instead of compassion, empathy and teamwork. We cannot have a fair representation of minorities in science unless we address this issue. 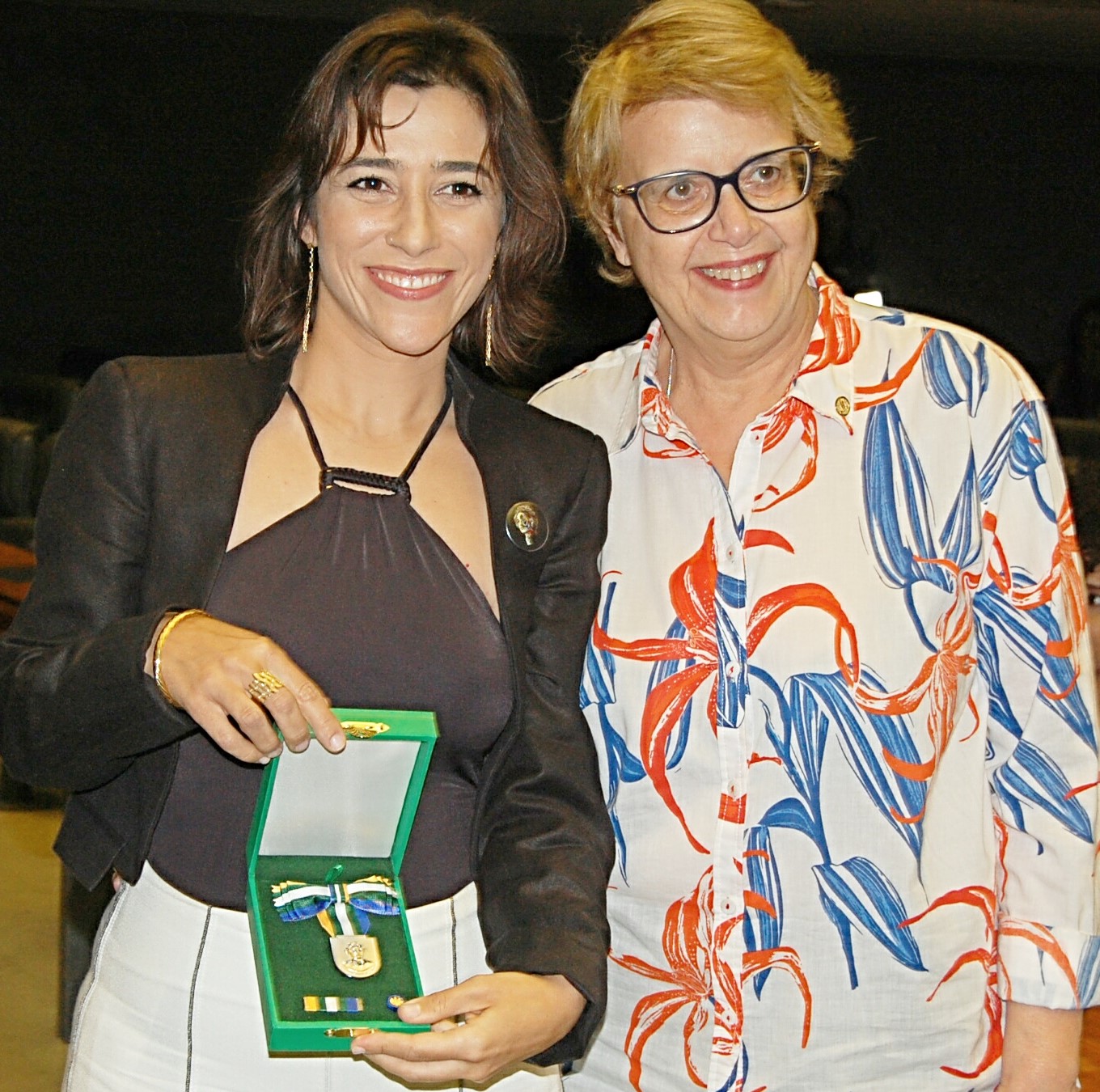 As a young female physicist have you encountered any discrimination in your career?

I think most of us have. I’ve had to deal with many things, from micro-aggressions to sexual harassment, but I know there are many women who have had to deal with much worse than I. Many male professors I know refuse to believe there is a problem within physics, saying that it is a societal problem from outside of physics that will resolve itself naturally in time. This is a fallacy that is unambiguously revealed by the fact that the number of women in physics gets lower as one ascends in the academic career path, by the fact that physics has one of the smallest female representations amongst all sciences, and by the numerous stories we tell of the discrimination we face.

I believe women in physics should dialogue more with women in other sciences, especially the humanities, and integrate the battle with broader feminist movements, aiming for deep structural change in academia and science that addresses the root causes of all under-representation – not just that of women – in science. Two such organizations that are doing this well are the Association for Women in Science (AWIS) and 500 Women Scientists, both of which I am a part.

Do you have any advice for other young physicists based on your experiences?

Don’t isolate yourself. Often, we think we are alone in the wild, but we are not. Reach out to colleagues and be part of local and global organizations, such as the ones listed above. They will give you strength and give you a better perspective on the situation as a whole.

Being part of a panel on quantum technologies alongside some of my idols was an amazing experience. I thank Professor Anton Zeilinger who moderated the discussion for inviting me and giving me the opportunity to close the panel with a reflection on the fact that I was the only female scientist and the only Latin American scientist on stage.

Another highlight for me was meeting and interacting with young scientists from all over the world, whereas in most conferences I typically only encounter scientists from the Americas and Europe. I also thank Nobel Laureate Jeffrey Wineland for giving me the opportunity to present my work at his workshop. 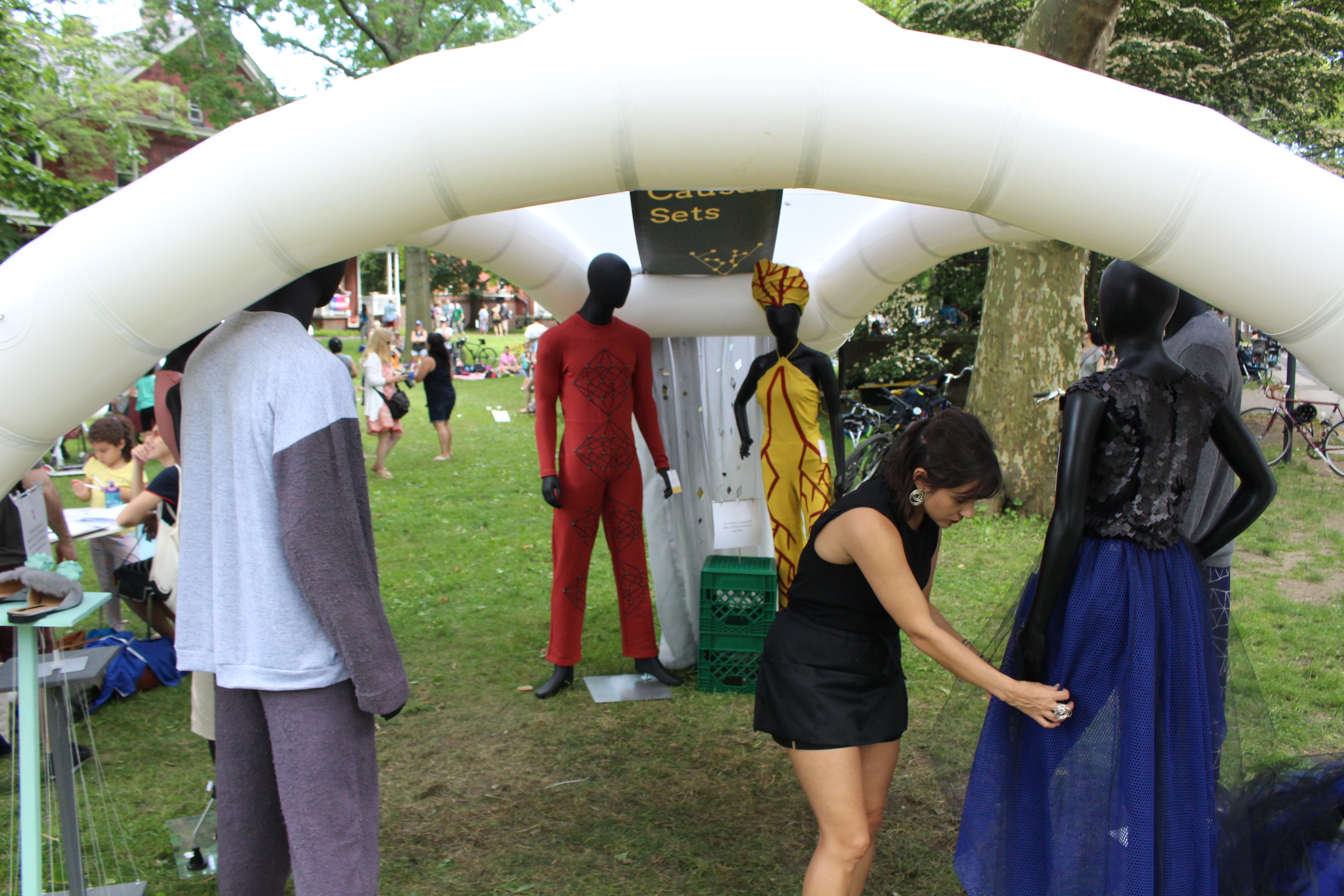 More confidence and enthusiasm in my career, certainly! And new friends too! I had conversations there which I will never forget. I still have contact with quite a few people and I’m part of the Lindau Alumni Network.

To me, the most fantastic thing about the Lindau Meeting is that it gives young scientists from all over world the opportunity to meet each other, form support networks, and to meet distinguished scientists who can open doors for them.

Don’t be shy! Talk to everyone you wish to talk to and ask questions, even if they seem silly. You will find out that your questions are the questions of many other people too. Make connections with young scientists and Nobel Laureates, and make an effort not to lose contact afterwards.