When at the beginning of the COVID-19 pandemic many labs had to pause, Alfonso Pérez-Escudero (APE), who is studying the behavior and decision-making across systems and scales in Toulouse, launched the project Crowdfight. Together with a small team he realised the vision to spin a network of scientist who help each other with their specific knowledge to support research about SARS-CoV-2. Today a community of about 45,000 researchers is connected via Crowdfight to support each other. Sandrine Coquille (SC) is one of the team members. She is focusing on structural biology at the University of Bayreuth.

Alfonso, when did you get the idea to invent a network of researchers like Crowdfight and how could you realise your plan?

APE: The idea emerged in a conversation with the other two co-founders of Crowdfight, Sara Arganda Carreras and Daniel Calovi. I think it was born from two ingredients: Our frustration at not being able to contribute, and our research on collective behavior. Well-organized animal (and human) societies are all about division of labor, so the key question for us was how to divide the work so that as many scientists as possible could contribute to fight the pandemic. We came up with this idea of having scientists with valuable skills but who were not already working on coronavirus, acting as high-quality assistants for other scientists who were best prepared to design useful research projects against the pandemic. Honestly, we didn’t think it was going to work. We thought it was a crazy idea, but that it was worth a shot.

Sandrine, how did you get in contact with the project and what are your tasks today?

SC: While searching for information about SARS-CoV-2 at the beginning of the pandemic I found the webpage of Crowdfight. I had no access to my lab because of the pandemic. So this idea rose my attention as I wanted to stay connected with science despite Corona. I started to contribute as a volunteer. Now I am part of the team as a scientific adviser. My responsibility is to connect the requester and the researchers whose profiles fit best to the referring task. I am really happy to be part of this team and about contributing to improve the way we are doing science.

Which step was most difficult to establish the project?

SC: To gain visibility by researchers was the most important hurdle in the beginning, I think. Researchers had to trust the process of Crowdfight and that was not easy to proof without any reference projects. Now that we have finished some of the scientific tasks successfully it has become easier to convince people of that idea. Some papers have been published that were supported by Crowdfight. Normally scientists are used to be in competition to each other, so the idea to support research from other labs and institutions first had to be accepted.

Could you describe the typical process of a task that is requested to your team?

SC: Researchers send us their request via our website. The request is reviewed by a coordinator and after approval it is distributed to all volunteers of our community. Those who would like to contribute send us information about their knowledge and their field of research. We get about 20 – 30 replies per request. The scientific adviser choses the main person and some scientists who might help. It is important to know that not PhDs or PIs (Principal Investigator) are automatically the best choice for every task. Researchers in each stage of career can contribute. For some tasks technicians who are working “in the field” are much faster in helping to solve the problem as they know all the tricks. The requests are very diverse, for example protocols, tips for methods, a particular bacterial strain for protein expression etc. After connecting the requester and the helping researcher we continue to follow the project.

Do you remember the most difficult request that was sent do you?

APE: Oddly, the requests that seemed harder turned out to be the easiest to solve, because thanks to the tens of thousands of volunteers we could find experts for very-very specific tasks. So when someone asked for help with something with many unintelligible acronyms, we knew we could probably find someone who would understand them would be able to help. The hardest cases were those that were vague or not very specific. And in general, the hardest part for us was organizing the platform itself. We were all scientists, and had no experience running an organization that looked more like a tech startup than like a lab. So we made many mistakes (and we’re surely still making them), but it’s also been an extremely interesting experience.

What are the plans for the future of Crowdfight?

SC: The number of volunteers is still growing, of course we are happy about this development. Crowdfight started with a focus on SARS-CoV-2, so the most researchers are from the field of Medicine and Biology; or from computer sciences. But we are now open for all topics and disciplines of natural science – and looking forward to many interdisciplinary and collaborative projects. A funding or fellowship would be a great help of course, to make it easier for all the volunteers who are spending their free time for this idea, for example by hiring staff to have a professional core team. 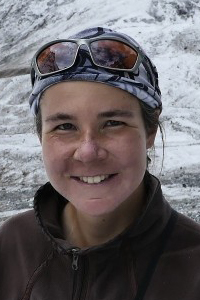 At the age of eight Sandrine decided to become a scientist. Biology always was her favourite discipline in school. So she studied Biology at the University of Geneva where she finished her PhD in 2016 with focus on protein crystallography. After a position as Postdoctoral Researcher Assistant in Marseille the Swiss scientist is now working in the field of structural biology at the University of Bayreuth. She loves the idea of collaboration among scientists instead of competition behind Crowdfight. Sandrine attended the 60th Lindau Nobel Laureate Meeting in 2010 and is still in contact with some of the scientists she met there. 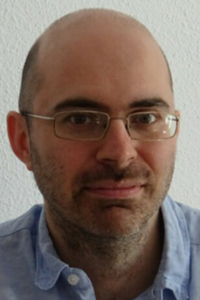 Alfonso is a co-founder of Crowdfight. He launched this project to focus scientific resources against the new coronavirus in spring 2020 and to support science digitally. He studied Physics in the University of Valladolid (Spain), did a PhD in Biophysics at the Cajal Institute (CSIC) and Autonomous University of Madrid (Spain), and a postdoc at the Massachusetts Institute of Technology in the USA. Currently, in his lab at the CNRS and Université Paul Sabatier in Toulouse he is studying how animals make decisions and move to execute them.