What Distinguishes Online From Real...
Back

The use of tools for online meetings has multiplied enormously in recent months. Photo/Credit: metamorworks/iStock

From 28 June – 1 July the Lindau Online Science Days 2020 took place. Despite the corona pandemic, even this year the Lindau Nobel Laureate Meetings could invite to an ‘exchange’ between generations, cultures and research disciplines. After the postponement of the 70th Lindau Nobel Laureate Meeting and the 7th Lindau Meeting on Economic Sciences in 2021, this year’s online format offered an alternative for discussions, debates and lectures on an internet platform.

Young scientists from the natural science disciplines and economics came together virtually with Nobel Laureates and Lindau Alumni on a digital hub. And while this time no one had to take a long journey and struggle with a jet lag, the very different time zones of the global field of participants also caused special challenges for the organisers and some of the discussants.

For this reason, as well as for technical safety concerning bandwidth problems, various program sessions were recorded in advance and the participants met live after the respective broadcast. The debate continued among the participants and questions from further participants were answered, who were often also able to join the discussion via video on the event platform – external interested parties were also able to watch the programme via livestream. The panels included Nobel Laureates and selected young scientists, and this time also a large number of Lindau Alumni. And as with individual formats of classical Lindau conferences in the Inselhalle, numerous moderators took on the task of involving all participants in the discussion and structuring the course of the debate.

Overall, the concept of the Lindau Online Science Days 2020 worked: This is justified by the number of virtual participants that was larger than at past Nobel Laureate Meeting in Lindau, current and exciting discussions, as well as the exchange in discussion formats, in smaller online forums, in chatrooms and on social media. And yet: Organisers and participants alike – especially those who had already been to Lindau, for example Nobel Laureates and Lindau Alumni, but also journalists – are largely in agreement: The exchange at an online event cannot keep up with the personal encounter at a classic Meeting in Lindau. And as much as the participants were impressed by the technical possibilities, they yearn for experiencing an unrestricted face-to-face exchange again as soon as possible – in a professional as well as in a private context.

Despite Emojis: No Virtual Emotions

A closer look at how such an online format works reveals that this desire to return to the familiar format is not a romantic feeling but can be justified in a very concrete way. Discussions in particular thrive on contradiction and the exchange of arguments. Particularly when opposing opinions clash, this not only creates tension in the audience, but also leads to a gain in knowledge: Positions are questioned, perspectives changed, a question simply illuminated from different angles – an indispensable step for science and research to gain new insights. So far, so good, one would think, even with an online format.

But in fact – and this was missing at the Lindau Online Science Days as well as at numerous Zoom-meetings or meetings via other comparable tools – human emotions play a very important role in personally conducted debates, even subconsciously. Not only facts and figures dominate the discussion, but also non-verbal feedback on speeches. In formats with several online participants, on the other hand, spoken contributions must be agreed upon or registered with the moderator; spontaneous heckling is hardly possible.

In addition, the director’s approach for a lively presentation does not constantly show all panellists, so reactions for the other participants are unintentionally lost for this alone. And a “thumbs up” via emoji requires a consciously initiated action – ‘shall I?’ –, while intuitive expressions of feelings can hardly be expressed via screen. In many digital conferencing applications, you also see yourself on the screen: In the end, this is probably more of a reason to keep a poker face rather than unconsciously show your own facial expressions.

While in a discussion at the Lindau Meetings’ venue reactions from the audience such as a murmur, spontaneous applause or heckling can certainly change the course of the debate, these reactions are absent in an online discussion – in comparison, feedback via the event chat is much more indirect and per se time-delayed, provided that the discussants are aware of it at all (in this respect, the recordings mentioned appear asynchronous anyway and make feedback with the audience impossible).

As a result, a strong opinion leader who takes over the conversation can sometimes be harder to stop, partly because the other participants in the discussion are unable to agree on a mutual viewpoint or – if they try to get involved – unintentionally cut each other off.

Benefits of a Virtual Coffee Break and its Deficiencies

These few examples alone illustrate the fundamental difference between an online event and the meetings that have been taking place in Lindau for the last 69 years, not to mention all the informal exchanges during coffee breaks and the events of the supporting programme designated as ‘social events’. Within the restrictions of what is possible online, the organisers nevertheless pursued the goal of initiating and facilitating scientific exchange within their community, especially in the current situation. The contact among each other therefore had a special meaning this year as well, although a different quality. A total of more than 1,500 messages in the event chat on the main stage and in the conversations in smaller digital rooms testify to a large active participation on the platform during the Lindau Online Science Days.

According to a survey conducted after the event, four out of five participants of the Online Science Days 2020 stated that the online format had promoted the dialogue, especially between Nobel Laureates, Lindau Alumni and young scientists for the Meetings of Natural Sciences and Economics in 2021 even before their personal encounter in Lindau. The proportion of respondents who used the event chat was just as high, one in two had sent direct personal messages and numerous contact details were exchanged after two randomly selected participants had previously talked for two minutes via a networking function in a kind of speed dating.

Raising Awareness of the Limits of Digital Encounters

In terms of quantity, these details are quite appealing; the quality will be judged by the participants for themselves. Given the Corona pandemic an online event is clearly better than the ‘zero alternative’, which – previously unthinkable in many respects – has unfortunately often become reality in recent months. On the other hand – and many have probably experienced this during team meetings in the past few weeks: The reaction at an online meeting even to really remarkable contributions or news is very restrained to virtually non-existent compared to the experience in the meeting room – obviously, an essential part of a comprehensive and therefore good communication is missing, which should not be a one-way street.

Observers of the online event, for example journalists, report that it is much easier for them to filter out if a message on the podium contains real news by observing the reactions of the participants or simply by asking the people sitting next to them what they thought of the arguments on the podium. Online, everything discussed feels much more indirect and therefore equally relevant, according to the descriptions of media representatives who have followed both formats, Lindau on site and the Lindau Online Science Days.

What remains in terms of experience when looking back on the Lindau online activities this year? One conclusion of the Council and Foundation of the Lindau Nobel Laureate Meetings is that we can use virtual spaces in many contexts for communication, including scientific exchange – if we are aware of the limits of this digital encounter. At present, we are all in a learning process in this respect as well, which makes it clear to us that personal encounters cannot be recreated online, digitally or virtually, with all their facets. They are literally unique in the true sense of the word – and that is how it should stay. But if circumstances such as long distances, personal restrictions or even a pandemic require, we can fall back on the possibilities of online-based communication. We have to strive to master this type of exchange ever better in the future. 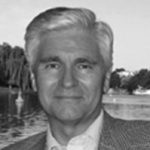 Wolfgang Lubitz is member of the Council for the Lindau Nobel Laureate Meetings since 2004 and was scientific chairperson of the Online Science Days 2020. In 2015 he took over the position of Vice-President. He studied Chemistry and Physics at the Freie Universität (FU) Berlin where he also received his doctoral degree. After a postdoctoral stay in USA and professorships at Stuttgart and Berlin (TU), he was elected in 2000 as member of the Max Planck Society and director at the Max Planck Institute in Mülheim/Ruhr. Since 2017 he is director emeritus of the MPI for Chemical Energy Conversion. Professor Lubitz is also honorary professor at the Heinrich Heine Universität Düsseldorf.