Timeless in Lindau
Back

Joachim Frank, Nobel Laureate in Chemistry 2017, found the 68th Lindau Nobel Laureate Meeting to prompt reflections on his youth and his place in the grand scheme of things. Here, he shares his personal impressions.

Born in Germany, a visit back to my home country is always pregnant with memories and associations. My wife Carol was with me in Lindau, and I let her see the town with its medieval roots through my slightly nostalgic eyes.

As a student, I looked up at Nobel Laureates as though they had descended from Olympus. I still remember my first face-to-face encounter with a laureate in Munich. I was part of a small circle of people, all supported by the Studienstiftung des Deutschen Volkes (German Academic Scholarship Foundation), who met to discuss interdisciplinary subjects like cybernetics, symmetry, and the meaning of time. As a group we approached Konrad Lorenz asking him for some of his precious time to meet with us. Awe-struck, we sat in his office in Seewiesen and listened to him talk about the behaviour of grey geese and humans. The memory of this encounter gives me a perspective when I’m surrounded by students now asking for clues on how to find a direction in their careers. Every question came with the expectation that I can draw answers from an infinite supply of wisdom. Yet in truth, part of me still feels just like I felt as a student, worried about getting things right – or wrong in some embarrassing way.

In my invited plenum speech I chose to retrace the history of my work, decades ago, which was in part a history of happenstance and unintended consequences. I started out as a physicist, worked my way into biology, and was awarded the Nobel Prize in Chemistry. Go figure! With this experience, the advice I gave to students was this: keep your eyes wide open, and keep looking for the unexpected in your peripheral vision.

Here is an instance of my peripheral vision in Lindau. It was curious for me to find this sign, ZEITLOS, or timeless, displayed above a second-hand shop in one of the town’s small streets – Felsgässele. What a coincidence: “timeless” happens to be the name of one of the genes implicated in the regulation of the circadian rhythm, for which Michael Young from Rockefeller along with two others was awarded the 2017 Nobel Prize in Physiology or Medicine. (Michael and his wife Laura, good friends of ours now, were in Lindau as well, and later, when I sent him the picture, he had a good e-mail laugh). As a moniker of the boutique, the sign is supposed to denote the lasting value of items for sale, immune to the changing fashions. But to me in my new-found acclaim, the word gave me a jolt: it sounded like a description of the new state of being I experience now, a step closer toward immortality if you will – if not in the flesh, then in the memory of generations. 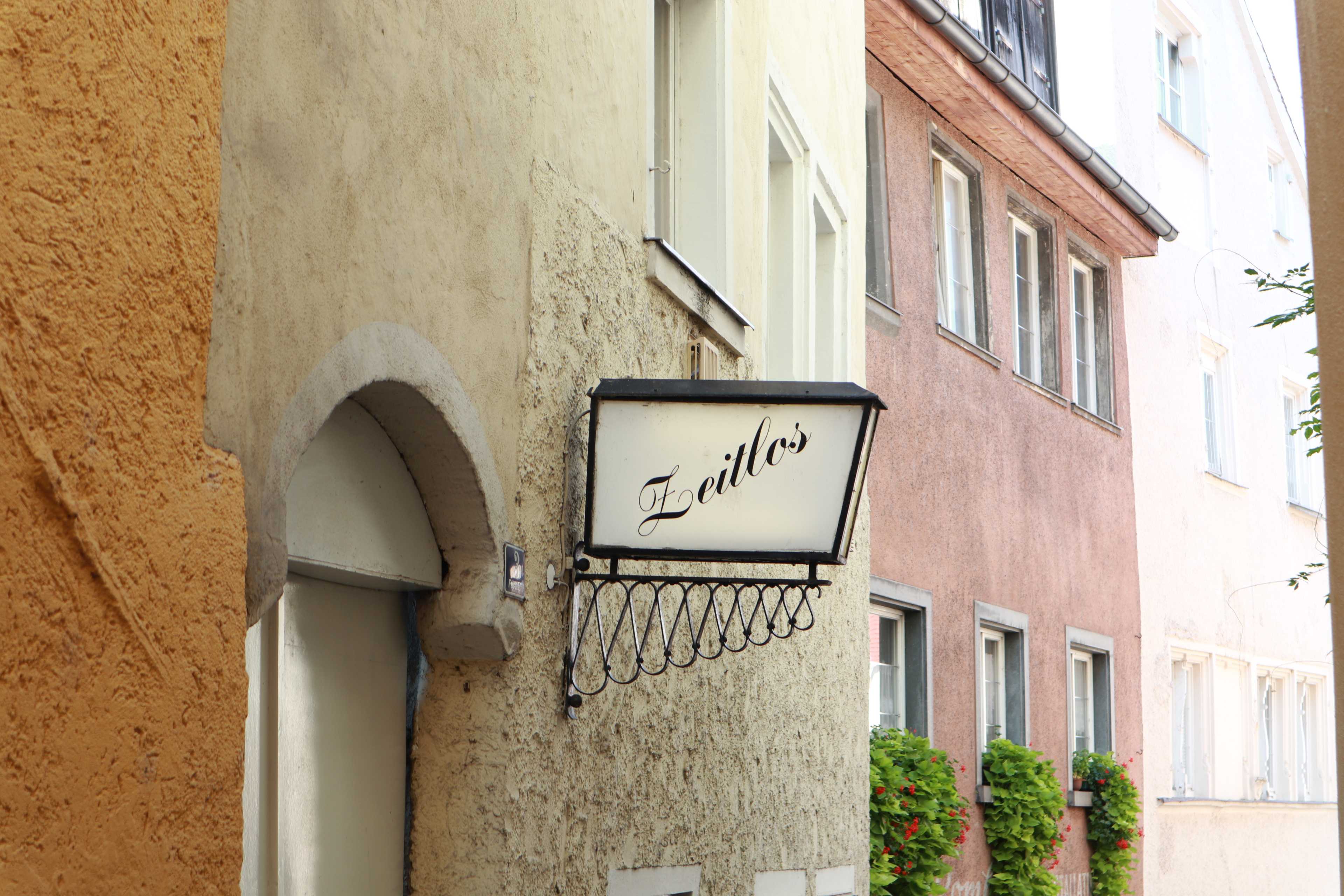 “It was curious for me to find this sign, ZEITLOS, or timeless, displayed above a second-hand shop in one of the town’s small streets – Felsgässele.” © Christoph Schumacher/Lindau Nobel Laureate Meetings

The word also spoke to me about the depth of perspective on my own life that the Nobel Prize had added overnight. Suddenly, I had opportunities to meet classmates from high school and college-mates, to marvel about the way their lives had turned, and to relive my own life through their stories. Finally, it reminded me eerily of the hand-less clock in Ingmar Bergman’s film ‘Wild Strawberries’, which by its design negated the very concept of time. I remember it well since I was in high school and took a girl on a date, and we argued about the meaning and value of the film way into the night.

I had the most enjoyable time in Lindau spending it with students in an informal way. A group of students signed up for a leisurely circular walk with me around an enclosure of the big lake, bordered by flower gardens and a park. And a special honour: Countess Bernadotte decided to join us. Kaffee und Kuchen were served at some place along the way, and I had the chance to talk to everyone about the station in life they were at. 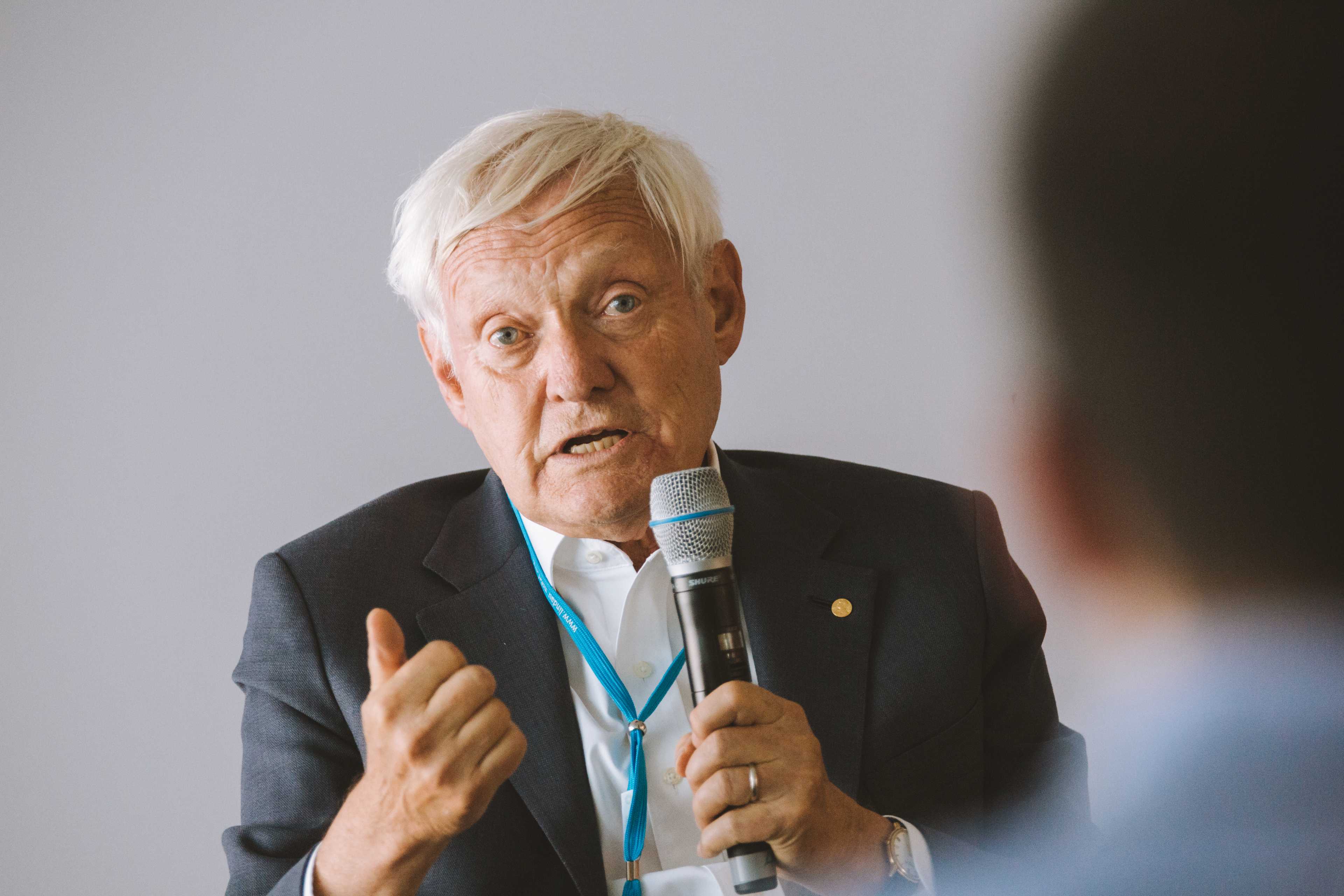 But, being still the student inside while being the septuagenarian on the outside, I couldn’t help listening and arguing with myself.

This article was first published in our Annual Report 2018. Joachim Frank’s lecture on ‘Cryo-Electro Microscopy of Biological Molecules’ that he held during the 68th Lindau Nobel Laureate Meeting can be watched in our Mediatheque. 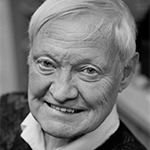 Joachim Frank was awarded the 2017 Nobel Prize in Chemistry for his contribution to the advancement of electron microscopy. The biochemist from Columbia University also made significant contributions to representation and function of ribosomes. Away from his scientific work, Frank writes poetry, fiction and is a photographer.