The Wow Moment: Intersection of...
Back

South Africa hosted the International Day at the 69th Lindau Nobel Laureate Meeting. Himla Soodyall, Executive Officer of the Academy of Science of South Africa, gives a personal account of her week in Lindau and explains why it meant a ‘Wow!’ moment in her life. 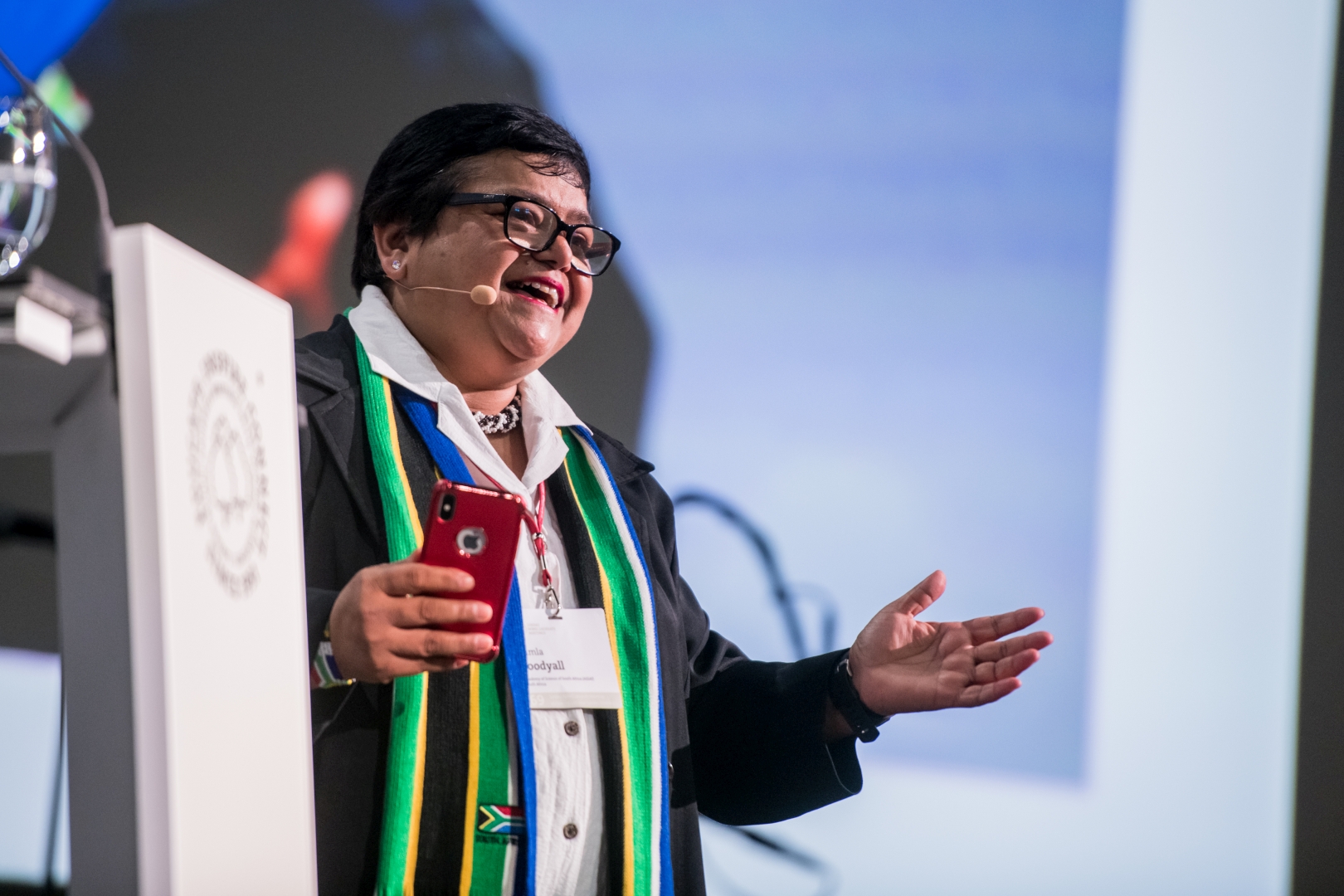 After months of preparations, the time had come for South Africa to host the International Get-Together on 1 July 2019. Soon after my arrival at the Inselhalle in Lindau, I was hooked up to a microphone and headgear and guided through the process for transition between the line-up of events for the evening. A room which had previously served as an auditorium for the lectures by Nobel Laureates was now transformed with the bright colours of the South Africa table settings and decorations, affirming the richness of South Africa’s cultural heritage.

Promptly at 19.00 hrs the vibrant sounds of the marimba drums, singing, and clapping filled the entrance hall. The Marimboz band and Xhosa dancers performed energetically and drew the attention of the spectators, including me, to the dance floor. I have a love for marimba-style music and allowed myself to be drawn into the spirit of celebration. After all, we had a lot to celebrate. It was our moment to bring South African hospitality to the world-stage – and where better to do this, than in Lindau, among Nobel Laureates, the world’s most accomplished academic achievers, and to have an opportunity to showpiece South African science.

After welcoming all the guests to the evening, I shared with the audience that “exactly four years ago today, the Academy of Science of South Africa (ASSAf), signed a MoU to be part of the Lindau Meetings family. Hosting the International Get-Together was a momentous occasion for South Africa. The house was entertained by Nomfusi – a young female artist who brought the sounds of South Africa to the stage and it was difficult to get people off the dance floor to follow the programme. For the first time in the history of the Lindau Meetings, dancing preceded the dinner. 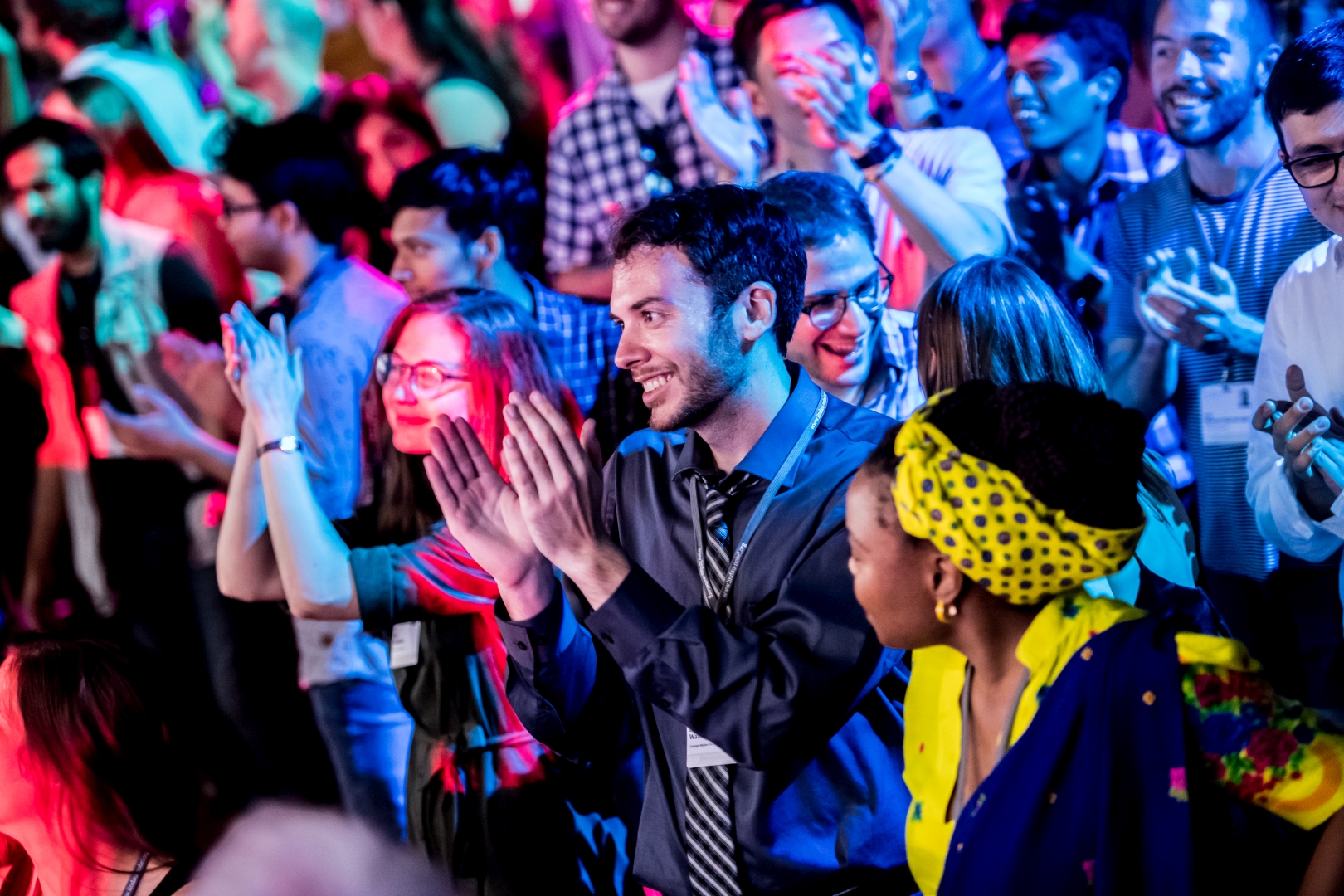 Bheki Hadebe, who represented the Department of Science and Innovation (DSI) at the meeting, reminded us in his address at the dinner that “physics research in South Africa dates back to the astronomical observations of Sir John Herschel at the Royal Observatory in Cape Town in the 1830s. On the international scene, South Africa became a founding member of the International Union of Pure and Applied Physics (IUPAP) in 1923. The South African Institute of Physics (SAIP) was established in 1955. Even during the apartheid era, SAIP membership was open to all races and gender and its constitution never differentiated on these attributes.”

Between 2012 and 2018, 50 young South African scholars had participated in the Lindau Meetings. I had the privilege of meeting some of the Lindau Alumni, together with the 20 young scientists who we selected to attend #LINO19. From the alumni I heard stories of how the Lindau experience had empowered them to advance their own careers. ASSAf, in partnership with the DSI, is going to produce a publication capturing these stories in the next year. 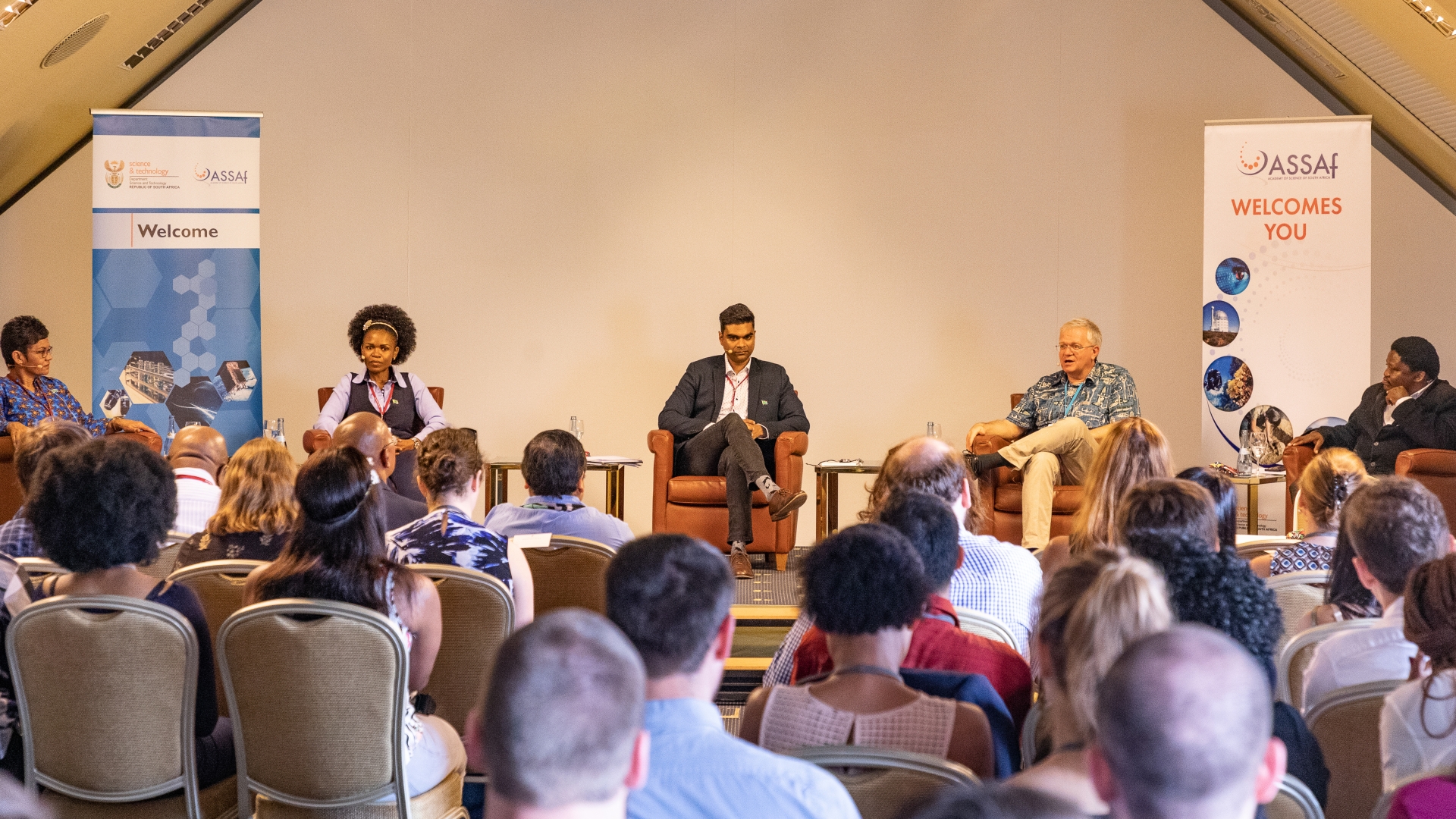 The panelists during the Breakfast hosted by South Africa on the International Day. Photo/Credit: Christian Flemming/Lindau Nobel Laureate Meeting

Damonse captured the essence of what the International Day meant to South Africa, commenting that hosting “was a really important opportunity for us to show the global community how seriously we take science, technology, and innovation. We need to continue to make our voice heard in these global conversations.” Furthermore, she added that the global connections and the networking around that but also the skills needed for the next generation of scientists.

Over the rest of the week, the South African delegation was treated to all that the meeting could offer – excellent presentations, engagement with Nobel Laureates, discussing their research and interests with fellow young scientists from all over the world, networking. We had an opportunity to dine with Nobel Laureate Donna Strickland one evening and participated at the various events with the best of the best with mutual respect.

„To be in a room with Nobel Laureates and other scientists from the same discipline really is what I call that ‘Wow!’ moment.”

Personally, the Lindau experience was a ‘W.O.W.’ moment in my own journey:

‘W’: wonderful showcase for science and the way science is integrated into our daily lives without us truly appreciating the work that goes on behind the scenes.

‘O’: opportunity – to meet ordinary people who have made extraordinary contributions to science in the world of physics, chemistry and biology and who unstintingly avail themselves in helping change the future of generations to come. More importantly – the opportunity to be the first country from Africa to host such an occasion.

‘W’: willingness to share experiences, tell stories and to inspire.

A quote from the late former President Nelson Mandela aptly summaries what the Lindau Nobel Laureate Meetings epitomise: “Young people must take it upon themselves to ensure that they receive the highest education possible so that they can represent us well in the future as future leaders.”

This article was first published as part of the 2019 Annual Report of the Lindau Nobel Laureate Meetings. Find the full Annual Report in our mediatheque.

Prof Himla Soodyall is the Executive Officer of the Academy of Science of South Africa (ASSAf). An ASSAf Member since 2003, she was elected to the ASSAf Council in 2011, and appointed General Secretary in 2014 in which position she has been active in young scientists’ activities and in the drafting of several strategies. She was Principal Medical Scientist at the National Health Laboratory Service (NHLS) and is Research Professor in Human Genetics at the University of the Witwatersrand (Wits).