“The Quality of Students Has...
Back

Ralph Burmester: What did you expect when you first came to Lindau in 1993?

Edmond Fischer: I remember well the first time I ever heard of Lindau. It must have been forty-fifty years ago; I was flying to Europe on TWA and, seated behind me, was George Wald. While we were chatting together, he told me he was going to a place called Lindau, on Lake Constance, where Nobel Laureates would be giving lectures to many students. And I thought: what an incredible experience it must be for young researchers to hear some of the foremost scientists discussing their work in such an informal setting. What a rewarding experience it must be for the laureates to have this opportunity to communicate with very bright students from all over the world. So, it’s no wonder that, when I was in Stockholm in 1992 for the Nobel Award Ceremony and I was invited by Count Lennart and Countess Sonja to attend the Lindau Meeting, I accepted with enthusiasm.

How did you perceive the Nobel Laureate Meetings personally?

I went to Lindau for the first time with my wife Bev in 1993, and the meeting was all that we had expected, and more. We were overwhelmed by the gracious and friendly way we were received. We were all lodged at the stylish and charming old Bad Schachen Hotel with its lovely lakeside garden, and we often walked together along the lake to the Inselhalle were the meetings were held. There were several friends of us and we met many other laureates whom we knew only by name. The opening ceremony was both solemn and whimsical, with the display of extravagant hats by Countess Sonja, and the talks and other events including the Friday trip to Mainau were outstanding.

The meetings have been planned for them, for the students, not for the laureates.

Which elements of these meetings do you hold so dear that they make you return every once in a while?

Meeting many friends, both from Lindau and fellow laureates. Having an opportunity of encountering recent laureates whom I didn’t know and listening to their superb presentations. And, of course, the prospect of meeting and speaking with students from all over the world. The meetings have been planned for them, for the students, not for the laureates.

In your opinion, which dimension of these meetings is more beneficial, the scientific or the social one?

Undoubtedly, their scientific contribution. Social occasions are obviously very pleasant, because they allow one to interact with people and provide some needed relaxation amid very intense activities, but they are secondary to the mission of the Lindau Meetings which is to inspire, motivate and connect. 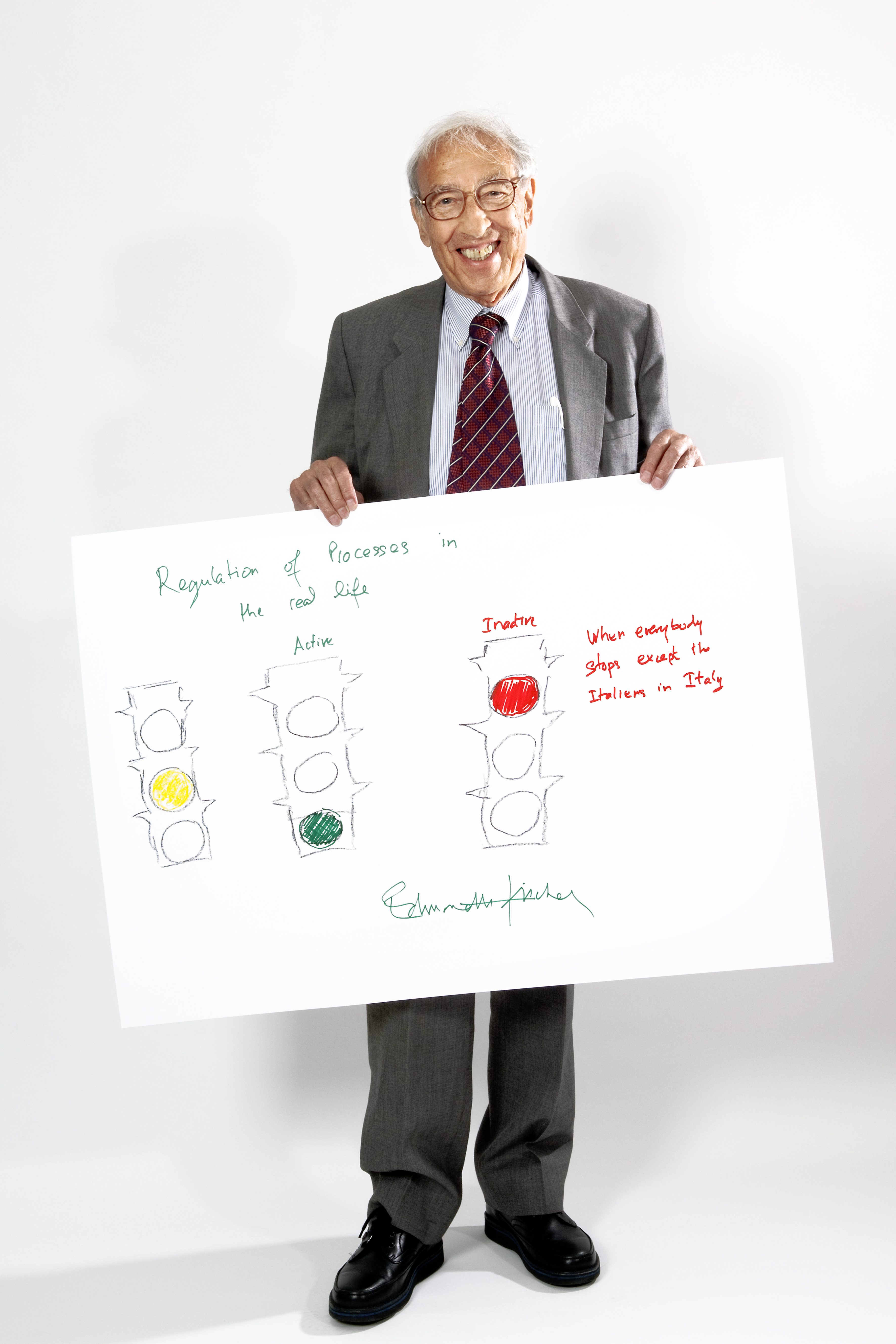 What kind of topics are you discussing with young researchers?

Obviously, topics related to one’s field of expertise. The students come to you after having heard your talk and realise that some of the material you covered is relevant to their own research project. And those already involved in scientific research are eager to tell you what they are doing.

Since the interdisciplinary Jubilee Meeting the scientific standard is reported to have much improved – thanks to the committee of organisers here. It has also become much more international. I wonder how you perceived this development – was it much to your convenience?

Yes, indeed. The quality of students has improved enormously. I remember well, 20 years ago, meeting a bunch of students who were not even in science. They came to Lindau to have fun, to camp with friends. Some didn’t attend any lectures or group discussions. Lindau was barely known at that time. Universities and most of their faculty had never heard of it and there was no incentive for them to suggest students or write letters of recommendation on their behalf. Today, in contrast, the Lindau Meetings are known throughout the world and there is almost a competition among institutions to have their students admitted, and they feel highly honoured when this occurs. 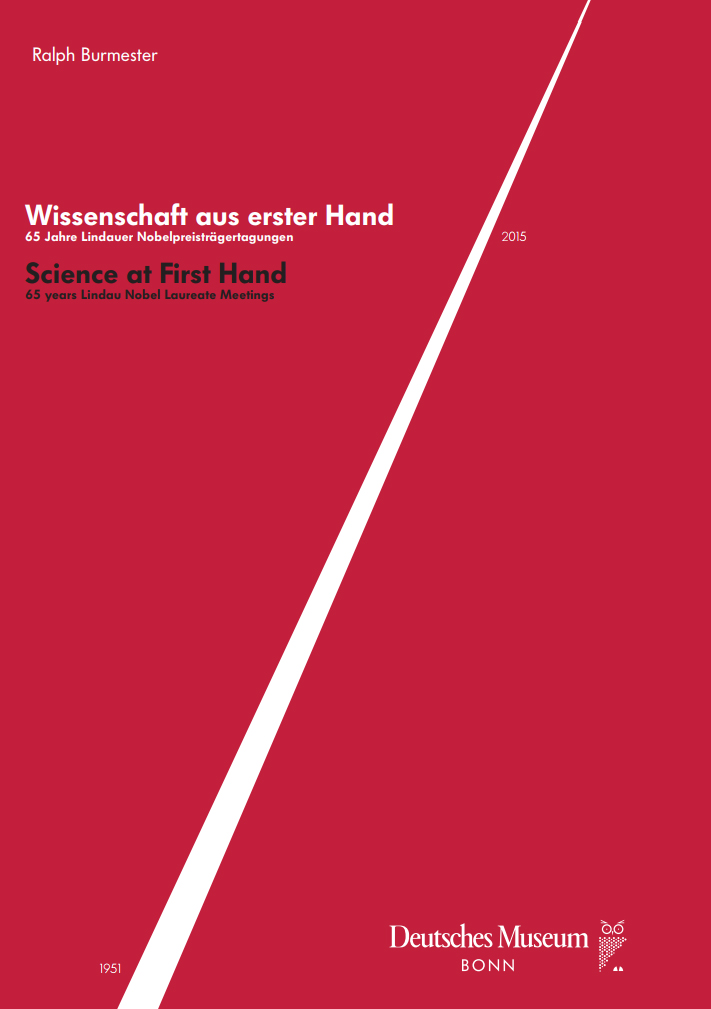 How do you like the interdisciplinary meetings which have been set up every five years from then on?

Very much. It is an occasion to learn what is going on and what is new in different fields of science, and to meet the friends we have in those other disciplines. In fact, those are my preferred meetings.

What – in your eyes – are the factors that contribute to making the Lindau Nobel Laureate Meetings a true success?

Superb lectures, the beauty of Lindau and Bad Schachen, and Mainau, and the warmth, kindness and friendliness with which we are received.

What is the ‘Spirit of Lindau’ to you?

I now feel as if I were part of the Lindau family.

What are your hopes and expectations for the future of the Lindau Nobel Laureate Meetings?

They can only increase. It’s like an opera: it takes years before everything runs to perfection. In my opinion, under the guidance of Sonja and Bettina, the meetings are now running flawlessly and with enormous efficiency. They run like a very well-oiled machine.

Furthermore, the quality and dedication of the students is unprecedented. 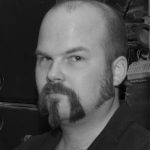