The world could hear the birds and boats from Lindau harbor during the opening of the Online Science Days 2020. Photo/Credit: Christian Flemming/Lindau Nobel Laureate Meetings

“You can only participate once in a lifetime – unless you are (or become) a Nobel Laureate!” This saying describes the strict rules for the participation in the Lindau Nobel Laureate Meetings. In 2014, I had my once in a lifetime opportunity and happily wrote about the inspirational exchange at #LindauEcon14. I still vividly remember how tremendously sad I felt that I will most likely not return, and I confidently assume that this feeling is shared by every alumna and alumnus. The Lindau Nobel Laureate Meetings offer so many new ideas, stimulating discussions, and energetic impulses that probably all selected young scientists leave with a tremendous excitement for the world of science.

Six years later, I am still working in science, and still have not lost any of the excitement about the often tedious path to new discoveries. This year, the COVID-19 pandemic has changed the daily routine of my work, as it has probably done for most people around the world. During one of these endless days with online video conferences, an email popped up in my inbox saying:  “We’d like to cordially invite you to participate in the Online Science Days 2020. 40 Nobel Laureates will exchange their thoughts, perspectives and questions with Lindau Alumni as well as young scientists and young economists invited to next year’s Lindau Meetings.” I felt an immediate burst of energy – my once in a life time opportunity had just in that moment doubled into a twice in a lifetime opportunity!

Birds and Boats at Lindau Harbor Spread Around the Globe

I immediately signed up. And waited. Waited until it became Sunday, 28 June 2020, 16.00 hrs. CEST and Countess Bettina Bernadotte officially opened #LINOSD, standing live at the Harbor of Lindau. While she was talking, birds were singing, and boats were passing by – this was a much more natural experience than I was expecting! In fact, the whole platform through which the meeting is organized deserves a big applause. The organizers tried to get as close as possible to a “real” conference feeling. For example, participants can switch online between a reception area, the stage, sessions (in which for example the Q&A takes place), a networking area, and a virtual exhibition.

After the opening words, a panel on better international scientific cooperation in turbulent times kicked off the scientific programme. All sessions start with a pre-recorded conversation with the panelists, and then give room to the online participants to join in live and ask their questions, either via the chat function or by taking part in the discussion via video. The latter is obviously not possible for everyone as we are too many participants, but – as you will read later again – it is absolutely fantastic to be in such a direction conversation with the Nobel Laureates!

The panelists of the discussion on international scientific cooperation shared their concern about the imposition of barriers by governments as a major threat for science. You can find a great summary of the major discussion points here; I would like to focus my writing on the aspects that struck me the most from a subjective perspective. First, I found it refreshing that the panelists openly discussed issues that still hinder the international community from being truly inclusive, such as gender and racial biases. In fact, it is astonishing how intense these discussions evolved in the online setting: The topic touched the heart of many participants and a vivid parallel debate emerged in the chat and on Twitter where participants sharing their agreement with the panelists. Second, I agree that we cannot emphasize enough that we need the movement of people to transmit and improve ideas – thanks Venki Ramakrishnan for being clear on this. Lastly, my favorite inspirational quote in this session stems from David J. Gross : “If you become a scientist, you become part of an international community that speaks the same language of science; your first identity becomes that of a scientist and then gender, nationality etc. follow.” This quote reflects why I enjoy it so much to travel the world as a scientist! 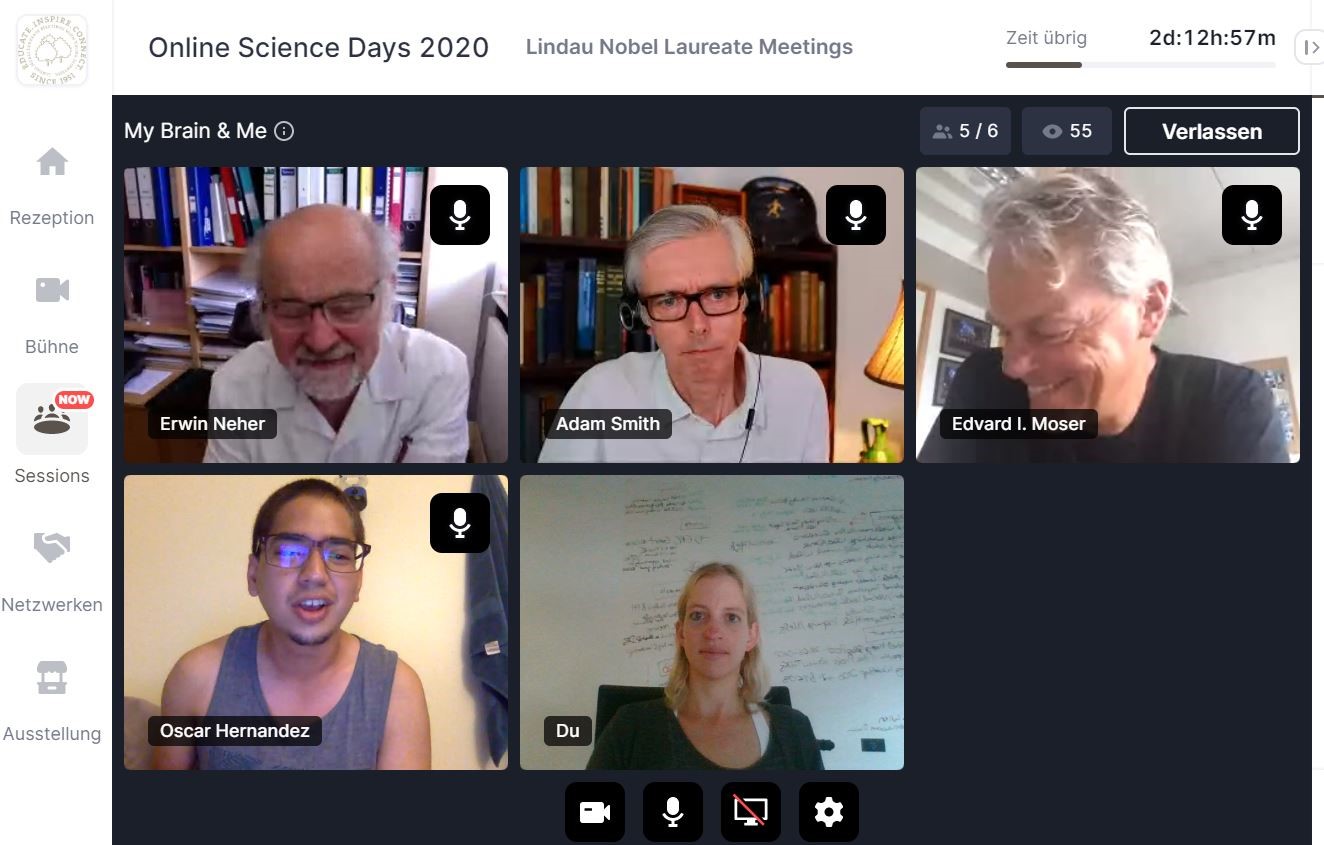 After the panel discussion, the participants could enjoy some impressions from Lindau, this year delivered via a video. I go to bed inspired and am positively surprised how well the online format works and is received by the participants.

The next morning comes with an early start: Monday, 6.00 hrs. CEST, the first panel discussion on “Corona – The role of Science in Times of Crisis”! Adam Smith does a great job moderating the discussion and participants in the chat and Q&A are again deeply engaged in trying to find solutions with the panelists on how we as scientists can improve our communication to the broader public. Interestingly, a side discussion emerges on the challenges of young scientists who strive for an academic career but must deal with many uncertainties, which among others of course reduces the time they have to translate their scientific insights into practical recommendations. After the open discussion yesterday, I am again deeply fascinated about the honest debates we see this year. This is what the community needs!

My highlight then follows at 8.30 am, a session on “My Brain & Me” with Erwin Neher (who represents the bottom-up perspective on the brain) and Edward I. Moser (who stands for the top-down perspective). Despite their different perspectives, the two agreed that it may be not the best idea to put almost all funding resources into one big idea such as the Blue-Brain-Project, but instead finance a diversity of projects that ideally also involve an interdisciplinary component. Here it was: As a psychologist by training with an interdisciplinary orientation, this was my opportunity to jump into the discussion. I clicked onto “join with audio and video” and expected to wait in a long cue to hopefully at one time be allowed to enter the Q&A session. To my surprise, this was not the case – I was immediately “on stage”. And then I experienced again what is so fascinating about the Lindau Meeting: It is possible to engage in a direct conversation with well-known colleagues to find new ways of dealing with common challenges, which in my case concerned ways forward to make the most out of interdisciplinary collaborations.

The day went on with opportunities to network online and presentations of the next generation scientists. The panel discussions on Monday largely focus on solving the Corona-related challenges, and I am just about to join the next one when looking at my watch and realizing that the first 24 hours of the Online Science Days 2020 are already over. What an exciting meeting, and what exciting times to live in – let us hope science continues to contribute to making the best out of it! 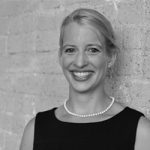 Fabiola H. Gerpott, Lindau Alumna 2014, was a participant at the 5th Lindau Meeting on Economic Sciences. She currently holds the Chair of Leadership at the WHU – Otto Beisheim School of Management. Her research focuses on leadership, diversity, and social interdependence in economic games and beyond. In her spare time she loves riding her racing bike.