Drought and flooding are not just dangerous, the consequences of climate change cause economic damage. Photos/Credits: ratpack223/iStock, wsfurlan/iStock.

Together with six other scientists Lindau Alumnus Frikk Nesje and young economist Martin C. Hänsel, who is invited to the upcoming Lindau Meeting on Economic Sciences in August 2021, published the paper Climate economics support for the UN climate targets in Nature Climate Change. They have updated the Dynamic Integrated Climate-Economy Model (DICE) of Nobel Laureate William Nordhaus which recommends a limit of 3.5°C for global warming in 2100 as a desirable outcome to avoid economic climate damage caused for example by extreme weather events or health risks because of rising temperatures. William Nordhaus received the Sveriges Riksbank Prize in Economic Sciences in Memory of Alfred Nobel in 2018 “for integrating climate change into long-run macroeconomic analysis”. In their paper Frikk Nesje and Martin Hänsel show that the UN climate targets to limit warming to well below 2°C may be optimal – even according to DICE.

Frikk (FN) and Martin (MH) have answered some questions concerning their recent research.

You have updated Nordhaus‘ DICE-model – what were the most important aspects that you have changed in his simulation?

In the climate module we have changed how much carbon is absorbed and how much increased concentration of greenhouse gases in the atmosphere affects temperature with the help of physicists. As an economist I focused on the economic module. The most important aspects that we changed concerning the economic module were the economic damage function which gives evidence about how an increase in temperature affects global GDP. And we have also changed the social discount rate that explains how the present generation values future welfare or economic impact of climate change.

But we have kept the structure of Nordhaus’ model and only changed the value of some parameters.

MH: In addition to the aspects mentioned by Frikk, I would like to emphasize that by updating the assumptions behind the social discount rate based on an expert survey, we engage with a broad range of views on intergenerational fairness. I think that this is a clear plus as opposed to earlier studies that were oftentimes framed in terms of the old Nordhaus-Stern debate on social discounting.

Were you surprised by some of the results?

FN: The DICE model has provided methodological foundations for climate-economy modeling, but I have not been fully convinced by policy lessons drawn from this model. Our results when updating the DICE model based on recent scientific results are in line with the UN climate targets: to aim for a temperature-limit well below 2°C instead of 3.5-4°C that the model of Nordhaus suggests.

I did not expect that the model would be so sensitive to our changes. The difference of approximately 2°C surprised me.

MH: Given current research in climate and economic sciences it was clear to me that key parameters in DICE would need to be updated. It was not clear at all, however, what would be the implication for the temperature limit by the end of the century when all these updates are considered jointly. For the 2°C target we find broad support by around three quarters of experts’ views on intergenerational welfare and even the 1.5°C target is supported by around a third of all expert views.

How has the basic idea for this paper developed?

FN: In October 2018 William Nordhaus was presented as Nobel Laureate in Economic Sciences for his DICE model. In the same week the Intergovernmental Panel on Climate Change came out with a report on 1.5°C warming. The economic optimum in the DICE model is 3.5°C by 2100. This discrepancy was the starting point for our paper. I and some of the others who published the paper in the end wished to bring DICE closer to the recent scientific results concerning the economic module and started working on the project. Then we were invited to a workshop by Thomas Sterner in Gothenburg where we presented our ideas for the economic module. There we met Christian Azar and Daniel J.A. Johansson who were working on the climate module, and decided to bring these two projects together.

MH: I remember that Moritz Drupp, one of our co-authors, called me shortly after the The Sveriges Riksbank Prize in Economic Sciences in Memory of Alfred Nobel was awarded to William Nordhaus. During that time I was on vacation on a campground in Bavaria and after we discussed the implications of the Nobel Prize-winning DICE model, I immediately started with the first calculations with my computer on the campground. The rest of the story is very well described by Frikk.

Which reactions have you got so far?

FN: We have received a lot of positive feedback, and also a lot of questions. I have answered many general questions from people who are interested in our research and some detailed questions from economists and experts from social sciences. So the paper has received attention which led to engaging discussions and it has gotten some media attention – especially in Germany.

MH: The feedback was mostly very positive. In particular the social science updates concerning the climate damage function and the social discount rate have stimulated a lot of interesting debates after I presented the paper.

How did you decide to become a scientist and how did you find your research topic?

FN: I actually realised that I wanted to work as a scientist when working on my master thesis. Then I saw that economics provided a framework to creatively investigate scientific issues. Even as an undergraduate student I was very interested in climate change and I was an observer to the United Nations climate negotiations already as a first-year student.

It´s a privilege to work on things I find interesting and to contribute to important questions for society.

MH: During my master studies in economics I got interested in environmental and resource economics. I was fascinated by the idea of using economic theory to show that it pays off to consider the values and services provided by our natural environment. Already my Master thesis was based on Nordhaus’ DICE model and I continued working with this modelling framework during my PhD. Since then the economics of climate change is at the core of my research agenda and I am motivated to contribute to one of the major challenges of our time.

What do you expect from the Meeting in Lindau next year, Martin?

MH: I think the Lindau meeting provides an excellent opportunity to meet and exchange with motivated young and senior scientists from different cultures. I am looking forward to many interesting discussions and to meeting people who can inspire my future work as a scientist.

What is the most remarkable memory from Lindau, Frikk?

FN: I will never forget a very long discussion with Finn E. Kydland and Edvard C. Prescott about my research. I presented a paper that was in a very early stage. They gave me a lot of relevant feedback and were open to listen to my ideas. In this setting a lot of other students and professors joined our discussion so this was a very engaging talk. And it was helpful to speak with other PhD-students as we were all in the same situation. I met some people in Lindau I am still in touch with. 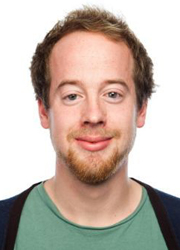 Frikk Nesje works as an assistant professor at the University of Copenhagen.

He holds a PhD in economics from the University of Oslo and was previously a research fellow at Heidelberg University.

His research and teaching interests are primarily within resource and environmental economics as well as welfare economics and game theory.

He participated in the 6th Lindau Meeting on Economic Sciences in 2017. 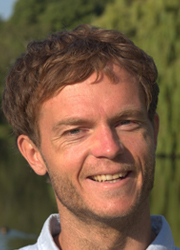 Martin Hänsel is a post-doctoral researcher in the FutureLab Public Economics and Climate Finance at the Potsdam Institute for Climate Impact Research (PIK).

He holds a PhD in Quantitative Economics.

His main research interests are environmental and natural resource economics as well as public economics.

He is invited to the 7th Lindau Meeting on Economic Sciences.