Science Should Prepare for a...
Back

Science can no longer be complacent about its role in society. Global inequality and dissatisfaction with the global financial system that is perceived to perpetuate this inequality has led many into the arms of populists. In a highly polarised environment, it is not only political and financial mechanisms that are being called into question, but also scientific facts. A ‘post-truth era’ has arrived in which scientific evidence is no longer necessarily perceived as the gold standard. Last year, it wasn’t only the scientific enterprise in general that was beleaguered: the institutions of science and learning and scientists themselves also came under attack in numerous places around the globe, from Hungary to Turkey.

These tempests have acted as a jolt that has awakened the scientific community and supporters of science into action. Many scientists now acknowledge that they must invest more time and effort in communicating not only scientific results but also the nature of scientific investigation to the public. Huge numbers, provoked in particular by the politics of US president Donald Trump, also felt moved to take a visible stance in support of science. A worldwide March for Science took place on 22 April 2017, in which people from more than 600 cities around the world took to the streets. This year, supporters all over the world will march again – on 14 April 2018. A prominent supporter of this initiative is Helga Nowotny, Vice-President of the Council for the Lindau Nobel Laureate Meetings and former President of the European Research Council. Nowotny was the first signatory of the Vienna March for Science, and gave the closing speech at the event in 2017. 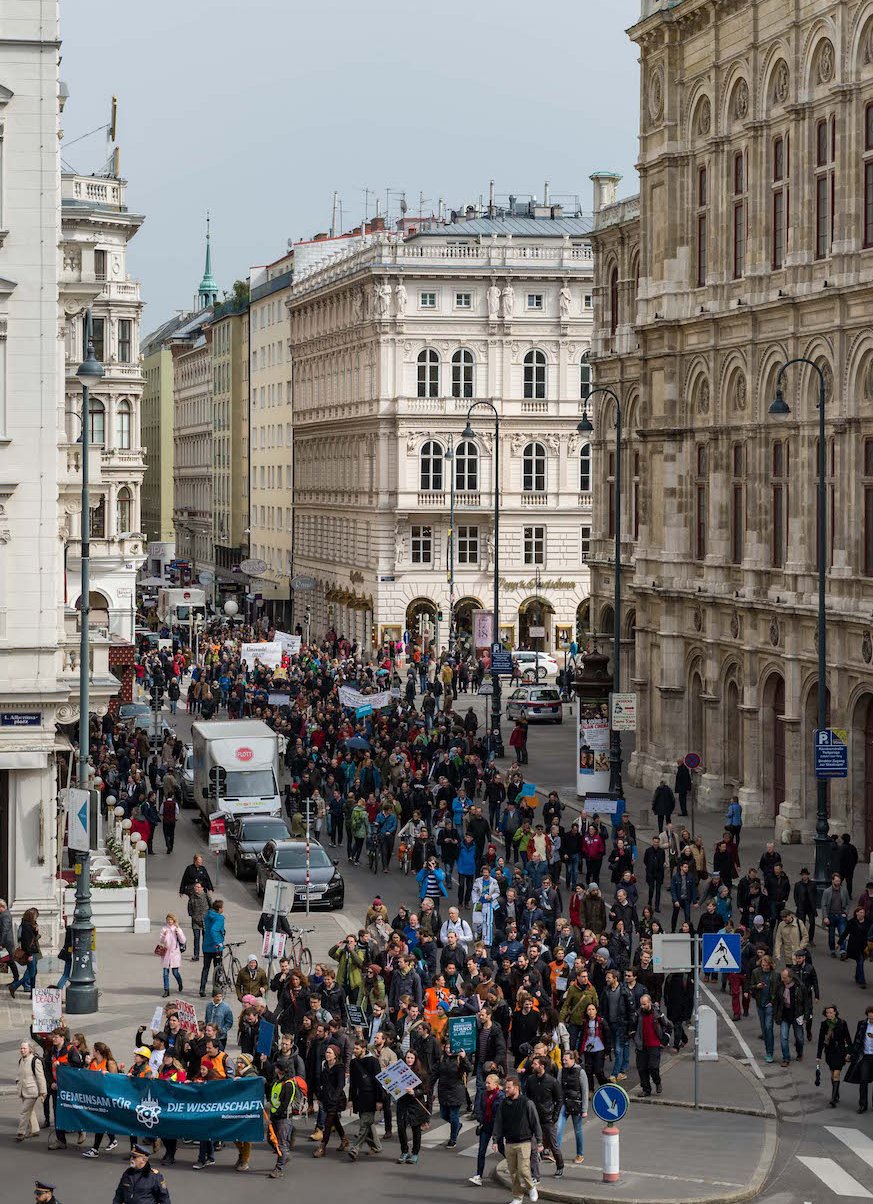 Why have you given your support to the March for Science?

Helga Nowotny: For a long time, it has been said that science has facts and society deals with values. It is finally time to abolish this separation – it no longer applies! Because science is also based on values. One of these values is the freedom to ask questions and to step into the unknown. At the same time, facts don’t fall from the sky, but are the result of a long process of scientific investigation. As scientists, we need to better convey how we arrive at facts. We should have more confidence in people’s power of judgement, whilst also helping them to acquire this power. This is necessary if we want to transform information into knowledge.

Do scientists then need to communicate more? Has their reticence contributed to the current situation?

HN: Of course, one can always communicate more. However, I would like to stress that science cannot be isolated from what is happening in society, and when politicians push science to the side or try to instrumentalise it, then this creates space for populists of all kinds. The scientific community needs to understand that it cannot fully insulate itself from political events, because it is part of society. It is important to realise that science is not the primary target of ‘alternative facts’. However, it is confronted with considerable collateral damage. Around 2,000 people participated in the Vienna March for Science. In total, an estimated 1.1 million people worldwide took to the streets in support of science on 22 April 2017.

The initiative for a March for Science came about as a direct reaction to the politics of US President Trump. Why have people now in parallel also taken to the streets in Vienna or Munich?

HN: It is important to stress that this was a march FOR science and was not a march against something. Of course, the current political situation in the USA played a subliminal role, but the march cannot be reduced to an anti-Trump demonstration. Rather, the intention was to raise the profile of science. A post-truth mentality appears to be characteristic of these troubled times. 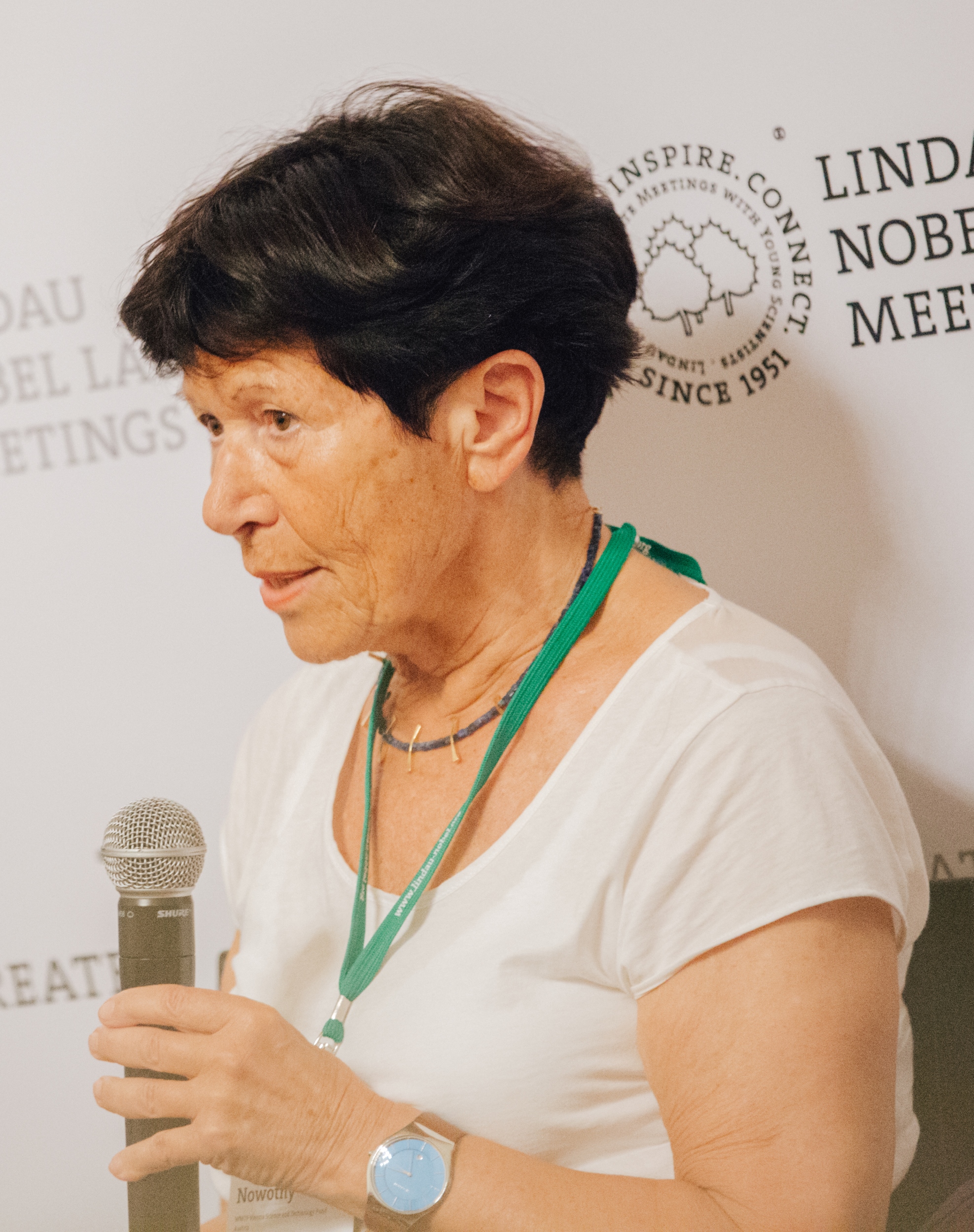 Helga Nowotny during a press talk on ‘Science in a Post-Truth Era’ at the 67th Lindau Meeting. Credit: Julia Nimke/Lindau Nobel Laureate Meetings

What dangers does it pose?

HN: Above all, through the constantly changing positions of US president Trump, we can see how unstable and volatile the geopolitical situation has become. This has effects worldwide. One element of the post-truth mentality is the irresponsible handling of solid findings. Such an attitude is particularly dangerous at present due to the enormous problems that we face, not least climate change.

Is the current situation unique in history?

HN: What is unique is the strong entanglement with economic processes. The pursuit of economic growth is, as before, a driving force in society, and from the point of view of politicians, science and technology are the engines of this growth. The great progress that has been made, for example, in smart technologies, is quite remarkable, but we need to address the problem of the jobs that are being lost in this way.

Where do things go from here after the March for Science? Are you optimistic this current movement will change anything?

HN: This is the beginning of a process. I think all who took part in the March for Science agreed on that point. As the Vienna City Marathon took place the day after the march, I would like to use it as a metaphor. One march won’t do it: Science should prepare for a marathon!

When Science Is Under Attack…