How to forget about author positions and better acknowledge contributions

The true winners of current scientific publishing practices are those in the key author positions. Illustration/Credit: Sci-Illustrate.com

Being a scientist is more than the pipet in your hand or the script on your computer. As an early career scientist, I want to share my opinion on a central policy in our community, which I think needs major revision. I will start with an overheard conversation (names changed) at a high-profile conference:

“If Alice [the PI] gets the last authorship on the current story we should at least get shared-last for the other one. For her it doesn’t matter anyway, and we did most of the supervision. It is more important for us. Bob [the PhD student] will then easily get his two first authorships and for Dave [a postdoc], well there is always room in the middle…”

Authorships and positions are important for scientists, since they serve as the key currency in an academic career, yet something is odd with this type of bargaining in an academic environment. The convention in biology is to annotate the importance of individual contributions in the list of authors. Typically, the first author is responsible for most of the experiments. The senior/last authors are usually supposed to supervise and coordinate the project and ensure the quality of the work reported. They therefore have an overarching responsibility for scientific accuracy, the validity of the methods, analysis and conclusions. Corresponding authors, who are typically at the last or first positions of an author list, are responsible for the communication between editors, authors and readers. Contributing authors in the “middle” of the manuscript are supposed to be ordered according to their relative contributions. However, if one talks to peer scientists it seems that the authorship policy very much depends on the lab culture and does not follow strict criteria. You may hear about labs where early postdocs can receive last and corresponding authorships, labs where even senior postdocs never will get this prominent position, groups in which people that “need to get a paper” are granted positions (guest authorships), or in which contributions – for instance those that are farther in the past – are neglected (ghost authorships).

In 2011, 89% of all publications indexed in Web of Science had more than one author. In fact, ambitious long-term projects that tackle complex scientific questions may rely on dozens or hundreds of scientists investing years of research. Impressive examples of highly collaborative long-term projects are the detection of gravitational waves, as well as the Higgs boson with decades of research and over 1,000 and 2,500 authors, respectively. These papers provide an alphabetical author list. In biology, alphabetical author lists were also used, at least partially (supplemental author list), in huge collaborations such as the human genome project. However, in biology this is the exception and more commonly the convention is to annotate the importance of individual contributions in the list of authors with the last and first positions indicating the main contributors. Thus, only a few researchers receive the important authorships at key positions. Alternatively, a ‘big story’ may be broken down into smaller pieces just for the sake of inflating the key positions instead of serving scientific progress and dissemination.

An important question is how robust, reliable, and fair our authorship policy is when it comes to acknowledging the input to complex, projects that are often the work of multiple contributors. Previous studies have assessed that aspect in detail, but despite major criticism, not much has changed in publication practices in biology. In a recent article, Munafò and Smith discussed how triangulation, which is three entirely independent experimental validations, should become good scientific practice to increase accuracy of published data and validity of claimed conclusions. The authors concluded that adding more validations will require to rethink how contributions are assigned and suggested that in contrast to the common linear ranking a “contributorship” should be the core of evaluation.

My suggestion is to consider ordering authors alphabetically or to remove author names completely from the header of the paper. Instead, author contributions should be described in detail in the contribution section. The aim is to shift the focus from “What is your position on the paper?” or “How many first/last authorships do you have?” to the question “What have you done?”.

Numerous publications have shown that a simple quantitative metric, such as linear contribution ranking, is open to exploitation and corruption. Over time, such metric ceases to be a good measure. The introduction of detailed contribution sections in publications was a first step towards improving transparency in scientific publications. This section should be the core of any paper and, in assigning individual contributions, it ought to provide a detailed link between the presented data and ideas and the authors. Removing the authorship order as an ‘easy’ proxy for contribution will shift the focus entirely to the contribution section making evaluation more transparent.

The issue of unethical practices in authorship assignments have been recognised, analysed and critically debated for decades. Emphasising the contribution section may help to prevent scientific misconduct such as honour-, ghost- or guest-authorships.
If everyone had to take detailed responsibility for a specific aspect of the paper and this section was the cornerstone of the evaluation, vague contributions would be more obvious and of less value, and questionable acknowledgements such as the
“curious case of Dr. Schatten” may be prevented.

The bargaining for contributions. Credit: The Upturned Microscope by Nik Papageorgiou

A detailed contribution section referencing the data presented in the manuscript could lead to the exclusion of scientists that provided negative results. Because science is per definition progressing into the realm of uncertain outcomes, positive results are an incomplete measure of performance and negative results are very important contributions. Adding a mandatory section that mentions the researchers that performed all inconclusive experiments may prevent others from wasting resources stumbling over the same pitfalls.

The strong dependency of individual scientific careers on first and last authorships currently leads to situations in which scientific progress is not the main concern of scientists. Researchers may save their ‘own’ ideas for their ‘first-author project’. If only the contribution counts, that will provide a strong incentive to contribute as soon and for as long as it benefits the research, promoting both scientific collaboration and progress.

It is certainly not possible to implement a perfect system, but it should always be our aim to improve on critical policies in the scientific community and to re-evaluate concepts and strategies in the light of the changing scientific zeitgeist and new evidence. It would be interesting to perform an empirical analysis of the positive and negative long- and short-term effects comparing journals and disciplines that handle authorships differently. What is the perception of the community? Has it affected the frequency of scientific misconduct? Does it lead to a more objective evaluation of individual scientists? Does it promote collaborative efforts and how does it affect the motivation of young scientists to stay in academia?

Rethinking how to assign authorships, we must be aware of biases and caveats that may accompany new policies. For instance, the bias of self-reported contributions. A study published in CMAJ concluded a strong discrepancy between the reported contributions evaluated by the co-authors compared to the corresponding authors. Strikingly, self-assessment of authors even differed when evaluated twice. In fact, the design of the contribution disclosure section may affect the bias and needs careful consideration. Another aspect is that currently dedicated first and last authorships outline scientists as significant contributors independent of their previous work. Removing obvious author positioning may bias credits to already well-known scientists on a paper, a principle known as the “Matthew effect”.

Let us, in the true scientific spirit, be guided by an open discussion and thorough evaluation. If changes such as stopping the race for the two important positions on a paper result in a net improvement, we, as scientists, should break with the conventions. Removing the authorship order and promoting a detailed contribution section as the only metric to evaluate contributions may be one step in the right direction. In my view, if no one can simply rely on an author position anymore this only puts people with questionable contributions at a disadvantage. If evidence suggests a better strategy, for the scientific community, change is an imperative.

McKneally, M. Put my name on that paper: reflections on the ethics of authorship. The Journal of thoracic and cardiovascular surgery 131, 517–519 (2006).

Waltman, L. An empirical analysis of the use of alphabetical authorship in scientific publishing. Journal of Informetrics 6, 700–711 (2012).

Marusić, A., Bates, T., Anić, A. & Marusić, M. How the structure of contribution disclosure statements affects validity of authorship: a randomized study in a general medical journal. Current medical research and opinion 22, 1035–1044 (2006).

Faster Progress for Everyone 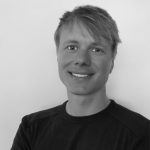 Dr. Daniel Hornburg is a postdoctoral fellow at Stanford University. He completed his PhD at the Max Planck Institute of Biochemistry in neuroproteomics and computational biology and is now working on multi-omics precision medicine. As an early career scientist, Daniel has been actively engaged in public outreach and discussing scientific policies.