Nobel Prize in Chemistry: The...
Back

It came as no surprise: Less than ten years after the establishment of the revolutionary CRISPR/Cas gene editing tool, two of its key developers, Jennifer A. Doudna and Emmanuelle Charpentier, have been awarded the 2020 Nobel Prize in Chemistry. 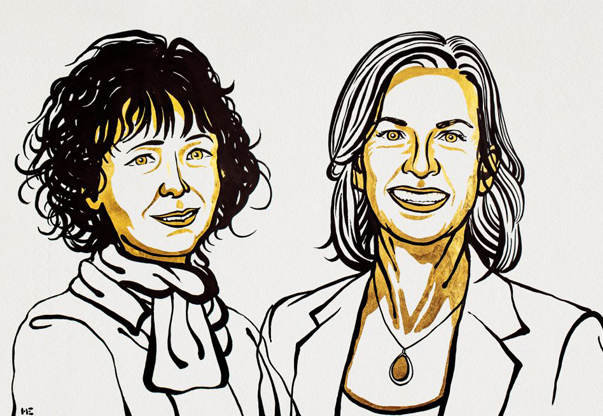 One way of measuring the impact of a technological or methodological advance is to look at the before and the after. The polymerase chain reaction invented by Kary Mullis or cryo-electron microscopy, which was developed by Jacques Dubochet, Joachim Frank and Richard Henderson, are just two examples of Nobel Prize-winning inventions that revolutionised how scientists do science and have led to applications that were probably not even conceived of by their inventors. The CRISPR/Cas gene editing tool may be the most revolutionary of the lot: although it was discovered less than a decade ago it is probably no exaggeration to say that more or less every molecular biology lab around the world is now using it: a quick search of the popular pubmed database for scientific publications retrieves more than 20,000 publications.

How to modify DNA

To understand why the CRISPR system for gene editing is so revolutionary it is probably worth considering how difficult it has been to modify DNA in a targeted and specific way. The elucidation of the double helix by Crick and Watson, the discovery that DNA is made of genes that encode proteins, and that mistakes in the genetic code lead to faulty proteins and disease (see here for a review of these breakthroughs), all created an impetus for efforts to try and modify or correct mistakes in the genetic material. Restriction enzymes, zinc finger nucleases and TALENs have been used by scientists to modify genetic material; however, issues around specificity and technical challenges with production of zinc finger nucleases, in particular, mean that it has been challenging to use these enzymes for the routine modulation of genetic material. So, what is the CRISPR/Cas system and what are its advantages over other methods for gene editing? 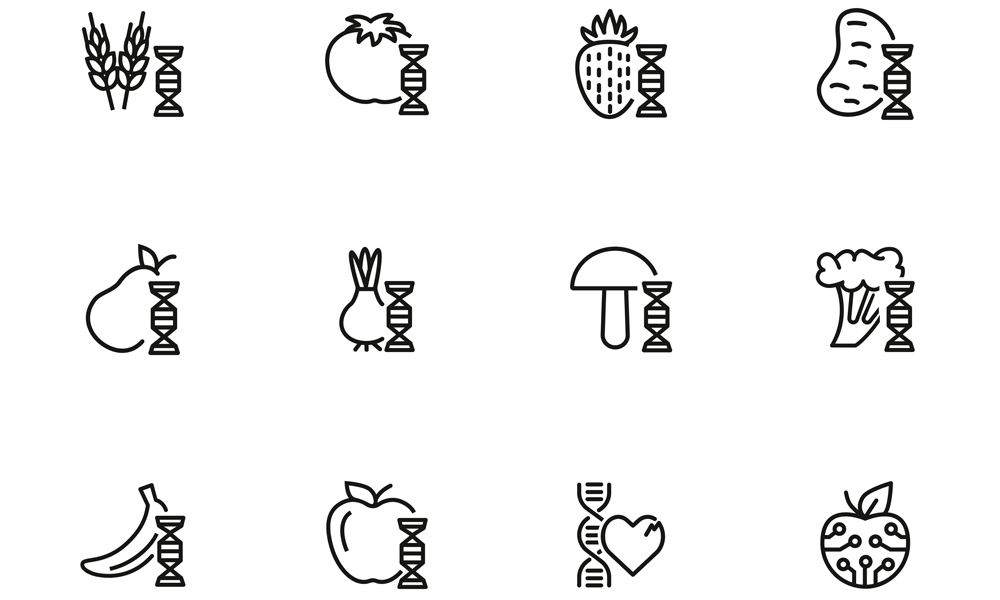 Genetically modifying common food crops to increase yield and hardiness could go a long way to addressing food security, but safety concerns mean that plants edited in this way are subject to strict regulations in the EU. Photo/Credit: SurfUpVector/iStock

The story of CRISPR started back in 1993 in Spain with microbiologist Francisco Mojica. During his PhD studies at the University of Alicante, Mojica found a very unusual repeat DNA structure in the genome of the microbe Haloferax mediterranea. While it did not resemble any previously described DNA sequence known in microbes, Mojica could show that such structures were broadly shared by many microbes. The key question of course was what they were doing. Painstaking sequence comparison led Mojica to hypothesise that these repeats – which he termed CRISPR for Clustered Regularly Interspaced Short Palindromic Repeats – were performing an important immune function. Indeed, it is now known that microbes use the CRISPR system to precisely detect genetic sequences coming from invading microorganisms and, with the help of specialised enzymes, target these foreign sequences for degradation. The great breakthrough of Charpentier and Doudna was to show how the CRISPR system with these specialised auxiliary proteins (or Cas for CRISPR associated proteins) could be programmed to cut specific sites in DNA, a study on which they collaborated, and which was published in the journal Science in 2012. Building on the principles established by Charpentier and Doudna and their colleagues, other researchers, most notably US-based scientists Feng Zhang and George Church then very quickly adapted CRISPR/Cas to successfully cut and edit the DNA of human and mouse cells. The technology has also since been adapted to generate genome-edited crops.

The ease with which CRISPR/Cas can be designed and deployed has led to the hope that the end to many common and devastating illnesses may be within our grasp. Many clinical trials using CRISPR/Cas technology are currently ongoing and initial data suggest that CRISPR-edited cells are well tolerated and safe for the treatment of human diseases. However, with great power comes great responsibility and, as anticipated by the two Nobel Laureates, controversy remains about the use of CRISPR/Cas to make permanent changes to the human germline. In an already infamous case, in November 2018, Chinese scientist He Jiankui reported the birth of twin girls born from embryos that he and his colleagues had edited using CRISPR/Cas. He’s announcement quickly attracted criticism from many corners, while the scientist himself countered that if he hadn’t have done it then somebody else surely would have.

As well as human disease, one area where CRISPR editing holds great promise is that of genetically modifying crops to make them more productive, hardy and resistant to pests. However, a 2018 ruling from the Court of Justice of the European Union (ECJ) stipulates that all plants edited in this way are subject to tough laws that makes it very difficult to market them as food.

The discovery and exploitation of the CRISPR gene editing tool has opened a whole new vista of possibilities to tackle huge problems related to human health and wellbeing. It also seems clear that questions of ethics and safety will not simply go away, and future applications of this powerful tool will require rigorous testing and genuine attempts to educate society about the risks – both real and imagined.