International conferences like the Lindau Meetings with hundreds of participants flying in from all over the world leave a large carbon footprint. To compensate for the environmental impact of #LINO19, we are supporting a local marshland restoration project in the Degermoos area.

Excess Carbon Dioxide in the Atmosphere Heats up the Climate

The combustion of fossil fuels to power our industries, heat our homes and drive our cars, vessels and planes has released vast amounts of carbon dioxide (CO2). In the atmosphere, CO2 acts as a greenhouse gas, meaning it traps heat radiation just like the windowpanes trap heat in a gardener’s greenhouse. Consequently, more CO2 in the atmosphere results in a warmer climate. Besides CO2, water vapour and clouds are also very important, and there are other greenhouse gasses, for instance methane (CH4) and nitrous oxide (N2O) that are both much more potent in trapping heat radiation than CO2. However, due to their low abundance they are currently of minor relevance in climate warming.

The Earth’s atmosphere saw CO2 in variable concentrations long before the dawn of mankind. These prehistoric CO2 changes usually took place over millions of years. In contrast, since the industrial revolution the burning of crude oil, coal and natural gas has reallocated significant amounts of carbon from its below ground storages into the atmosphere. Moreover, cement production and land-use changes, e.g., the expansion of farmlands, cities and roads, mainly replacing forests and marshlands, are additional major sources of excess CO2. Thus, the problem is not that there is CO2 in the atmosphere, which is indeed very important for our climate. The problem is that there is too much CO2 that has arrived in a very short time and results in rapid additional warming of the planet.

It is difficult to foresee the consequences of global warming in all its dimensions, but experts from all kinds of disciplines have gathered alarming data that this anthropogenic climate change will most likely have severe ecological and socio-economic consequences. For more information on this topic please have a look at the latest assessment report from the Intergovernmental Panel on Climate Change.

What Can We Do Against Excess CO2 in the Atmosphere and to Mitigate Climate Change?

Since we are aware of all these fascinating processes and have a great amount of papers, magazines, and books full of alarming facts about the potential risks and consequences of climate change, the question is obvious – how can we fix this problem? The most evident action is to reduce CO2 emissions as much as possible. However, that is not always easy to achieve in a world where substantial amounts of the energy and transportation needs are still powered by fossil fuels.

Therefore, while working towards more environmental friendly technologies, we can also start tackling the problem with CO2 compensation measures. There are many interesting approaches that have been shown to efficiently save significant amounts of CO2. To better understand the science behind these approaches, we will take a closer look at the Earth’s carbon budget, starting from CO2 in the atmosphere, to organic carbon in the tissues of plants and animals, to dead biomass and to fossil fuels, which eventually return to CO2 in the atmosphere.

Green plants and algae take up atmospheric CO2, bind it into organic carbon and use it to build biomass, such as leaves, branches, trunks and roots. In annual plants, the carbon taken up in summer is mostly released back into the atmosphere in autumn when the plants die and are decomposed by microorganisms. In contrast, the organic carbon of bushes and trees stored in their trunks, branches and roots can be bound for decades or even centuries. Therefore, planting trees is one potential strategy to compensate for CO2 that was produced by burning fossil fuels.

When trees die, microorganisms even degrade their wood and the organic carbon is released as CO2 back into the atmosphere. In a forest, where dead trees are continuously replaced by their progeny, a certain amount of organic carbon can be stored for centuries or as long as the forest exists. Much larger amounts of organic carbon can be stored for thousands or even millions of years when biomass is buried in oxygen deficient environments where it cannot be degraded by microorganisms. That is what happened to prehistoric plants that formed the coal we are mining today and to prehistoric algae that turned into the oil we are drilling for.

Fossil fuels originate mainly from prehistoric plants and algae that have been deposited and preserved in the ground for millions of years. For example, most of the crude oil that we use today to fuel our cars, vessels and planes comes from tiny planktonic algae that once thrived in warm and shallow seas, where they eventually died and sunk to the seafloor. Throughout millions of years, this process of sinking and depositing created thick layers of mud from dead biomass.

Limited gas exchange between these muddy subsea sediments and the seawater above resulted in conditions where oxygen was absent. In consequence, the dead biomass was not decomposed by microorganisms but instead, the organic carbon was preserved in the muddy sediments. Over millions of years it got buried deeper and deeper under the seafloor where high temperature and pressure built up and transformed the dead biomass into crude oil.

Unfortunately, storing away substantial amounts of organic carbon by coal or oil formation takes much too long to help us mitigate today’s climate change. A more feasible strategy to reduce atmospheric CO2 that works in a similar fashion but on a much shorter time scale is the restauration and preservation of marshlands.

Marshlands Can Help Us to Mitigate Climate Change

Marshlands are unique ecosystems that are rich in biodiversity and home to many plant and animal species that have adapted to this extreme environment. Unimpaired marshlands take up CO2 from the atmosphere; however, from a greenhouse gas perspective they are essentially climate neutral. The reason for this is that in addition to CO2 uptake by mosses and other wetland plants, small amounts of the potent greenhouse gas methane are released into the atmosphere and compensate the positive climate effect of CO2 uptake. Nevertheless, on the long run marshlands can accumulate substantial amounts of organic carbon and store it in their wet anoxic soils.

Contemporary marshlands store about 700 tons of organic carbon per hectare; a comparably large amount that took about 12,000 years in the making. It was after the last ice age, when extensive meltwater lakes created shallow deposition zones where dead plant biomass accumulated. Low oxygen conditions prevented degradation by microorganisms, and in consequence peat was formed. Over thousands of years thick peat layers arose, turning the shallow lakes into marshlands.

In Germany, nearly all of the original 1.5 million hectares of marshland (4.2% of the total area of Germany) were drained between the 18th and 20th century. Most of these areas were turned into farmlands or used for harvesting peat. Drained marshlands release large amounts of CO2 into the atmosphere. This is because the organic carbon that has accumulated over thousands of years becomes accessible to degradation by microorganisms as soon as drainage removes the wet anoxic environment.

Drained marshlands where peat degradation is not completed can be restored by well managed rewetting measures. When drained marshlands are properly rewetted, they return to an essentially climate neutral state where CO2 emissions from peat degradation cease. Each hectare of restored marshland can save up to 30 tons of CO2 per year when compared with the drained state in farmland use. Thus, the restoration of former marshlands can be an immediate and efficient measure to mitigate climate change. In addition, it has the positive side effect that valuable ecosystems are restored, fostering biodiversity and the return of rare wetland species. 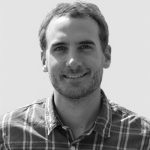 Kai Lohbeck is a biologist studying how planktonic algae can adapt to climate change. He has a PhD in evolutionary biology and worked in several interdisciplinary research projects in Germany, Norway, Sweden, the Arctic, and Antarctica. Kai enjoys teaching and communicating science as much as doing research. Besides his passion for algae, he is interested in sustainability and human impact on the environment. In 2018, Kai supported the Young Scientist Support and Academic Partner Relations team during the Lindau Meeting.