Women in Research: Eleni Karatza...
Back

Eleni from Greece is a PhD student at National and Kapodistrian University of Athens, Greece.

Enjoy the interview with Eleni and get inspired:

Frankly, I do not know what exactly inspired me. In my mind there was never any other option, it was normal and logical that I had to follow this path and make the choices that I did. I like to listen to what the data have to say. Every time that I come across a dataset or a project, I am curious to see where it might take me and what it is hiding. Through mathematical modeling it is possible to transform the data into knowledge, into mathematical expressions that can also lead to predictions. Thus, probably my curiosity and will to unveil a mystery inspired me to pursue science and my discipline.

It may sound commonplace but .. definitely Marie Skłodowska Curie. When I think about her, it gives me strength. I believe that if a middle-class woman made it to work in science in the 19th century, then with passion, hard work, will and talent each one of us can. 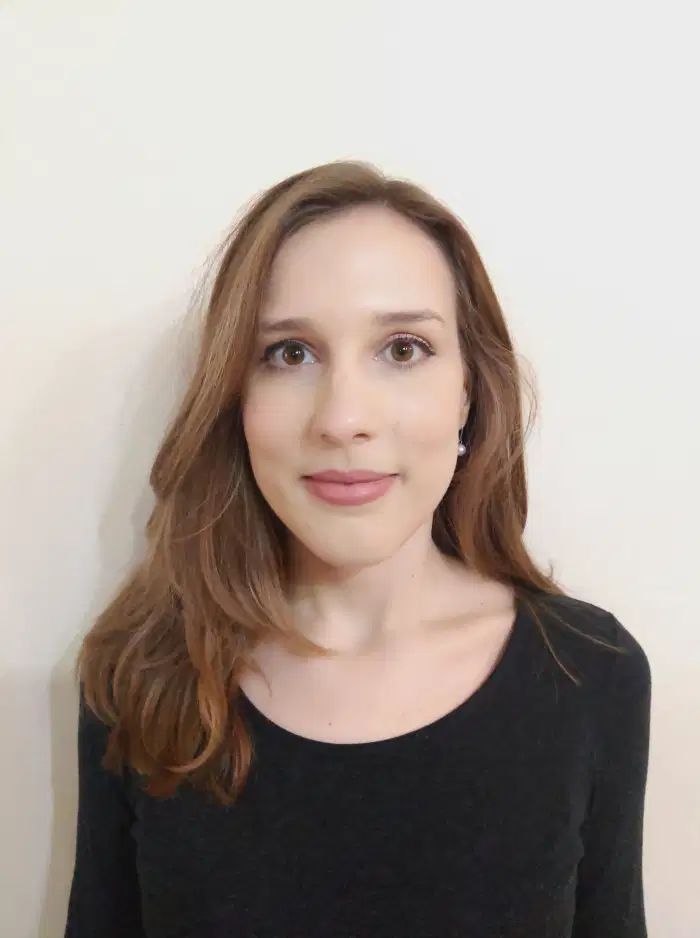 Well…It has been quite an adventure, but I will try to point out only the milestones.

After completing my Pharmacy Diploma and MSc. studies on 2014, it was clear to me that studying and doing research was something that I wanted to continue. Thus, by then, I had started a PhD on biopharmaceutics, however, on 2015, the research grant that was funding the project expired and I had to work for a living.

Even though it seemed like a drawback, this situation gave me the opportunity to learn many things through my work in a small pharmaceutical consulting company where I was exposed to significant aspects of medicinal product development and authorization within the EU.

During this period, I was initiated into modeling techniques and biostatistics and my interest on the pharmacometrics field pushed me to seek for a relevant PhD.

Then, I was lucky enough to come across my mentor who is my current supervisor, Prof. Vangelis Karalis, who believed in me and gave me the opportunity to start research again and this time on a field that suited me better.

I will always be deeply grateful to him.

I think it was a project where I applied machine learning in order to identify factors that may significantly impact the overall survival of cancer patients. I enjoyed both the research work as well as the purpose.

I felt pride of myself, when my supervising professor agreed to take me as a PhD student and then I felt pride in my work, when it was selected for oral presentation in a particularly prestigious annual international conference of my field (pharmacometrics).

What is a “day in the life” of Eleni like?

My work is entirely computational, thus a usual day in my life would involve a cup of coffee and spending the whole time on a screen, analyzing data, developing and validating models and preparing presentations, reports and papers.

I don’t really know what I am seeking to accomplish in terms of career, however, from a scientific point of view my dream would be to reach a general truth, something applicable to all fields that would help to gain a deeper understanding of our world, in other words uncover a universal pattern that can be modeled enabling predictions.

I like to paint, exercise and spent time with my friends and family. 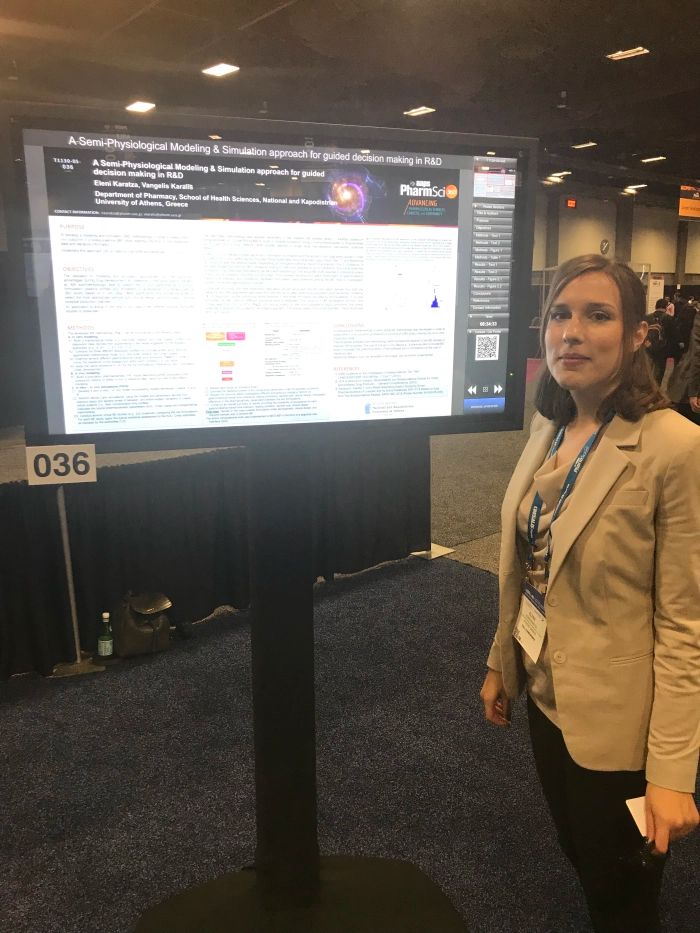 It is a tough world, especially for women, as except for the typical difficulties of a work environment, they will also have to deal with the well-established model of nuclear family where the woman

is primarily responsible for raising children and doing housework. This model significantly affects both a woman’s career as well as the attitude of society in front of a woman who chooses a career in science.

My advice to other woman, but also to any person that has to face any sort of discrimination and criticism while following the career of his dreams would be:
Be strong!
Believe in yourself!
Ignore the obstacles!
Focus on your happiness!
Defend your choices!

In my discipline, pharmacometrics, I think that the next breakthrough will actually be its accessibility to a larger audience. Personally, I truly wish for the integration of modeling and simulation in every day clinical practice as it may offer significant advantages in maximizing the efficacy and safety of any therapeutic agent.

Until now, pharmacometrics, i.e the application of mathematical modeling in pharmaceutical development and therapeutics, is a rather emerging field. However, it is developing very fast, while more and more scientists work on these methods.

Regarding women especially, I think that generally some strong initiatives should be taken to engage more females in science. I believe that young females should be motivated to pursue science starting from their adolescence and that help to women with newborn children should be guaranteed. The notion that for a woman, career and family are two opposite words should be debunked.