Graphene for Breakfast: How Tasty...
Back

“We’re developing materials in ways that Mother Nature never imagined it to be,” said Nobel Laureate Konstantin Novoselov at his lecture on Monday at #LINO19. Two days later, at a Science Breakfast, the laureate returned to go into more detail about what graphene (and other 2D materials) can really do for the world.

Few things can convince young scientists to attend a 7.00 hrs event, but a breakfast with Novoselov is definitely one of them. Novoselov, who was awarded the Nobel Prize in 2010 alongside Andre Geim, was joined by Jari Kinaret, Director of the Graphene Flagship, and Nobel Laureate Klaus von Klitzing for an early discussion where they debated how the graphene initiative is doing so far, what the challenges are, and what we can expect from the material in the future.

As some of the participants were still sipping their coffee, the talk commenced:

“We are about halfway through the flagship, and those five years were really remarkable,” Novoselov said. “We moved much beyond where we were in 2011. Still, this project is about the translation of research into industry.”

Graphene, a 2D material consisting of carbon atoms, took the world by storm, boasting a series of amazing properties which make it perfectly suited for a number of applications ranging from batteries and flexible electronics to biosensors and water purification. The interest in producing and using graphene is so large that the European Union has launched its biggest research project yet: the Graphene Flagship, a mammoth €1 billion initiative tasked with taking graphene from the labs out into the real world. It’s safe to say that most young scientists knew about this initiative, but the mention of a ‘billion’ produces a murmur among participants. 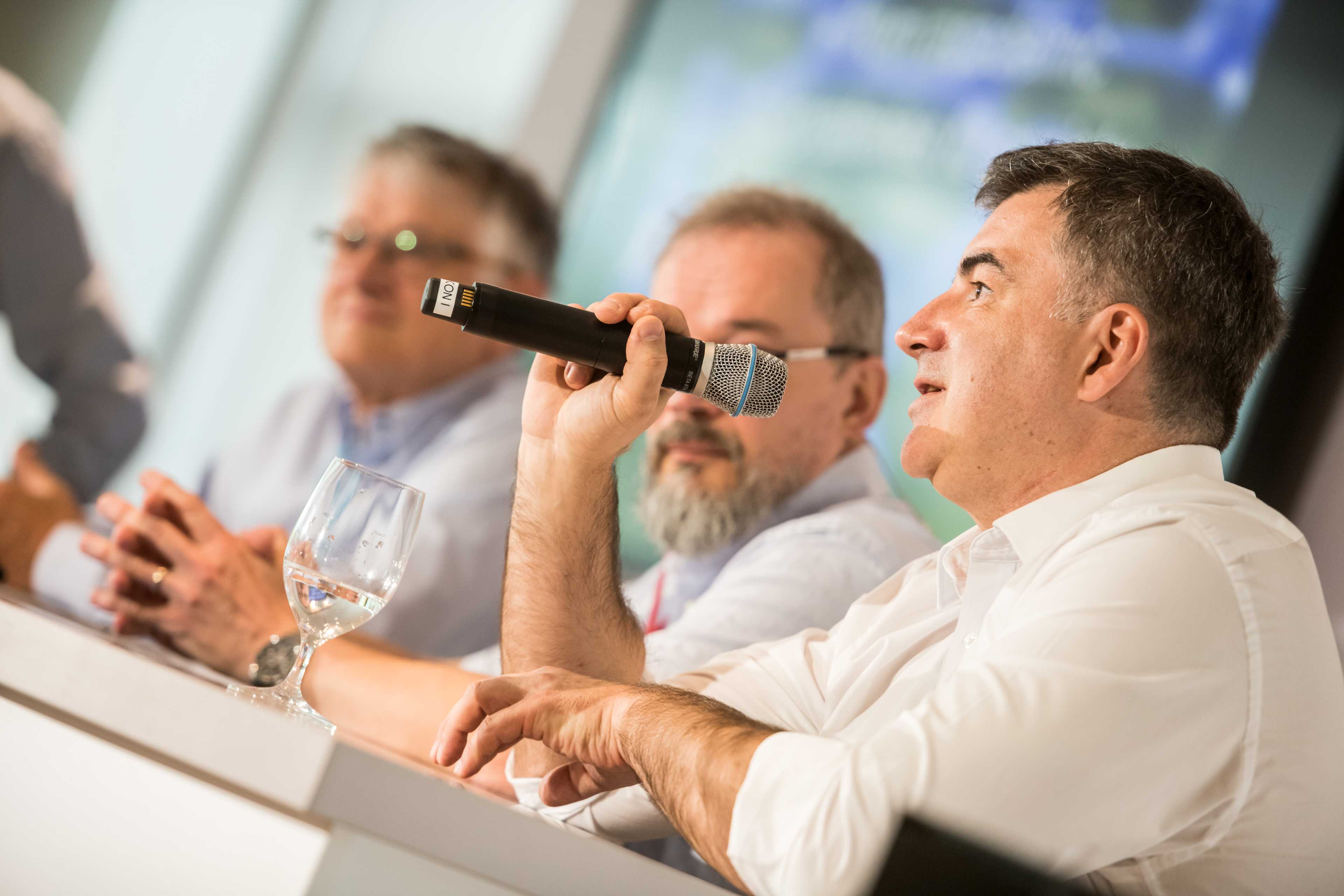 The first method through which graphene was produced was incredibly simple. The so-called ‘scotch tape method’ involves placing from graphite tips in regular pencils on regular sticky tape and then folding and peeling the tape several times, creating thinner and thinner layers until a single layer of carbon remains.

In order to satisfy industrial applications, it needs to be produced at an industrial scale – which has turned out to be quite the challenge, said Jari Kinaret.

There are two main methods to produce graphene at an industrial scale, he explained: chemical vapour deposition produces high-quality graphene perfectly suited for electronics and optoelectronics. Meanwhile, in liquid phase exfoliation, you start up with a piece of graphite and separate it into graphene flakes, which is much cheaper. But graphene was just the ice-breaker, Kinaret continued.

There are around a thousand 2D materials in the world, and that’s just the start of it. You can combine and ‘sandwich’ these materials in countless combinations, taking advantage of their individual properties. As for the applications currently being research, a single page is not enough to list them all.

Despite all this impressive development, not all is ideal in the 2D world. In a way, graphene has been a victim of its own success, getting people overly excited about it and producing unrealistic expectations.

“It’s not that we take something that’s being built today, we take material X and we replace it with graphene – that’s not how it works,” pointed Kinaret out, who is opposed to using phrases such as ‘wonder material’ and advises journalists to stay away from this type of phrasing.

As it’s so often the case, it’s hard to foresee where the ultimate applications will be. Quite possibly, the technology in which graphene will be used doesn’t even exist yet – just like how the inventors of laser couldn’t have anticipated that their work will ultimately replace the needle in the gramophone. “This is why we have to talk about also creating new scientific knowledge,” added laureate Klaus von Klitzing. 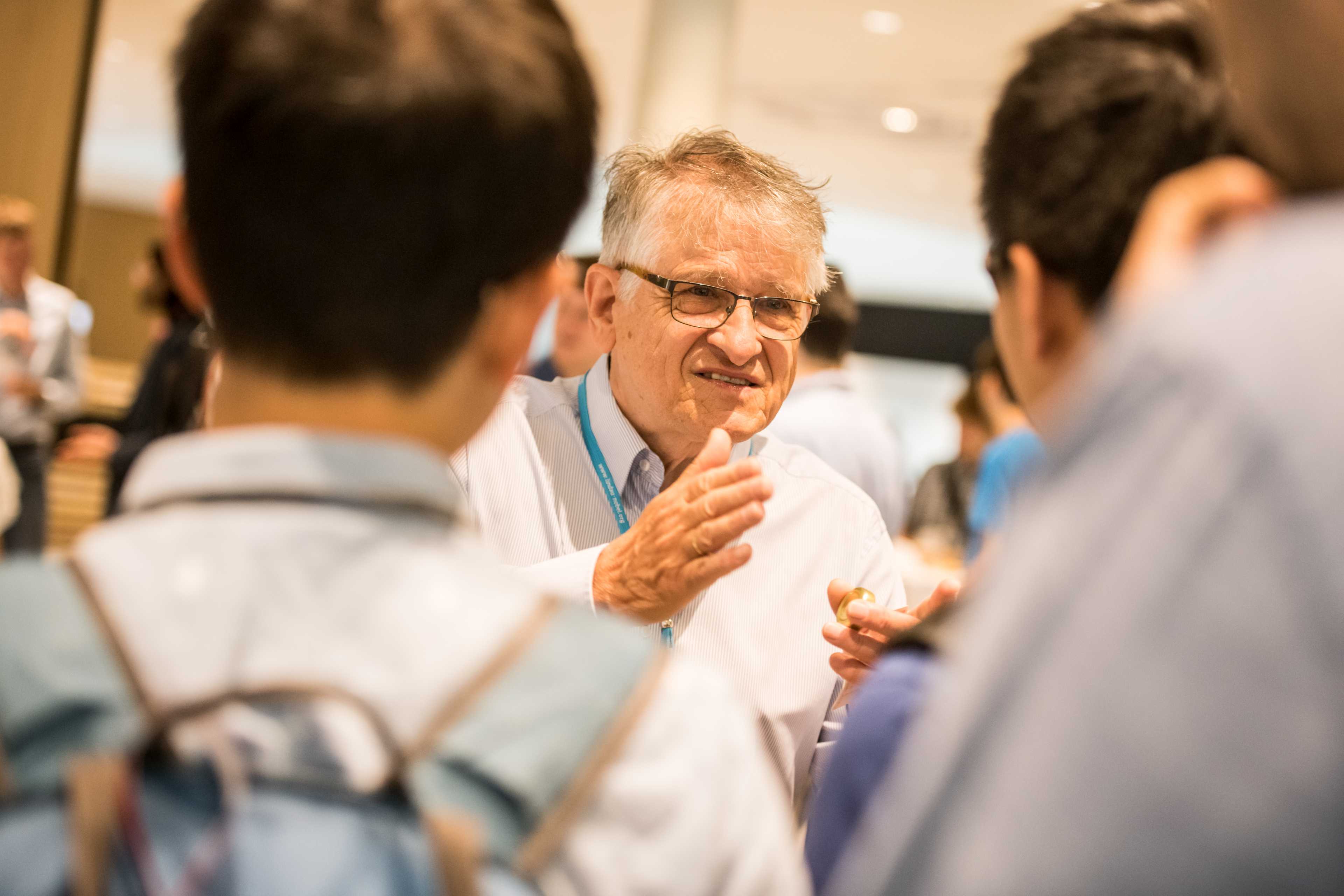 However, like any disruptive technology, graphene must overcome not only scientific and technological challenges, but also economic ones, said Novoselov, and for that, we need venture capitalism to get on board. Science can’t be responsible for industrialisation. Sure, €1 billion is huge for a research project, but in the tech world, that’s just peanuts.”I was shocked to hear comments from entrepreneurs: ‘one billion? that’s nothing.’ In the grand scheme of things, we need much more,” he adds.

As for the hype, Novoselov said it’s a good thing, as long as scientists (and journalists) maintain their integrity. More hype means more support and that’s exactly what modern science needs. But there’s something else that science needs: brilliant, up-and-coming minds. So Novoselov promised a (metaphoric) sack of money to young scientists which can come up with ideas that can be turned into start-ups. “That’s my pitch for today: we need you to actively participate in this programme and come with the ideas and then it’s a job for Jari to find you money – and try to be crazy with your ideas because it’s those crazy ideas that will get you somewhere big.”

Novoselov himself is no stranger to personal involvement. In one experiment, he put his own blood at work – literally. In this experiment, the goal was to create a graphene sheet sporting iron oxides, and what better source for this than a small droplet of human blood? The results were not clear enough to be published says Novoselov, but the message got through: scientists are willing to go the extra mile to produce the next generation of materials.