Flashes of Brilliance: The Posters...
Back

The aspiration of the Lindau Nobel Laureate Meeting is supporting and inspiring young scientists, and the Poster Sessions during the meeting are an excellent opportunity to showcase their latest work. After a culture-rich Bavarian Evening on Thursday, #LINO19 participants gathered on the traditional Baden-Württemberg Boat Trip to Mainau Island on Friday morning. Surrounded by the lovely Lake Constance scenery, a brief on-board ceremony announced the prizes for the best poster presentations.

The competition was tough. As in every year, some of the world’s brightest young minds gathered in Lindau. The posters of thirty of them were selected to be presented during the meeting week. They pitched their research in two-minute Poster Flashes on Monday, trying to attract as many people as possible to discuss their work in even more depth at the Poster Sessions.

During the presentation days, the crowd gathered into a seemingly-Brownian motion around the posters, but the closer you got, the more you understood that the movement was far from chaotic. Small groups started heated discussions about what was studied and prospects for the future. Participants were moving from poster to poster, trying to absorb as much information as possible, while still finding time to go into detail.

Fellow young scientists as well as Nobel Laureates could then vote for their favourite posters. The voting was so close that five posters were selected for the top 3 awards.

Aboard the boat ‘Sonnenkönigin’, the results of the competition were announced. Two excellent posters shared the third prize. Fabian Mooshammer, from the University of Regensburg, presented his work on quantum materials on the femtosecond and nanomaterial scale. He was joined by Gavin Macauley from the University of Glasgow, who works on ice-rule manifold phase transitions and topological defects in 2D artificial spin systems. 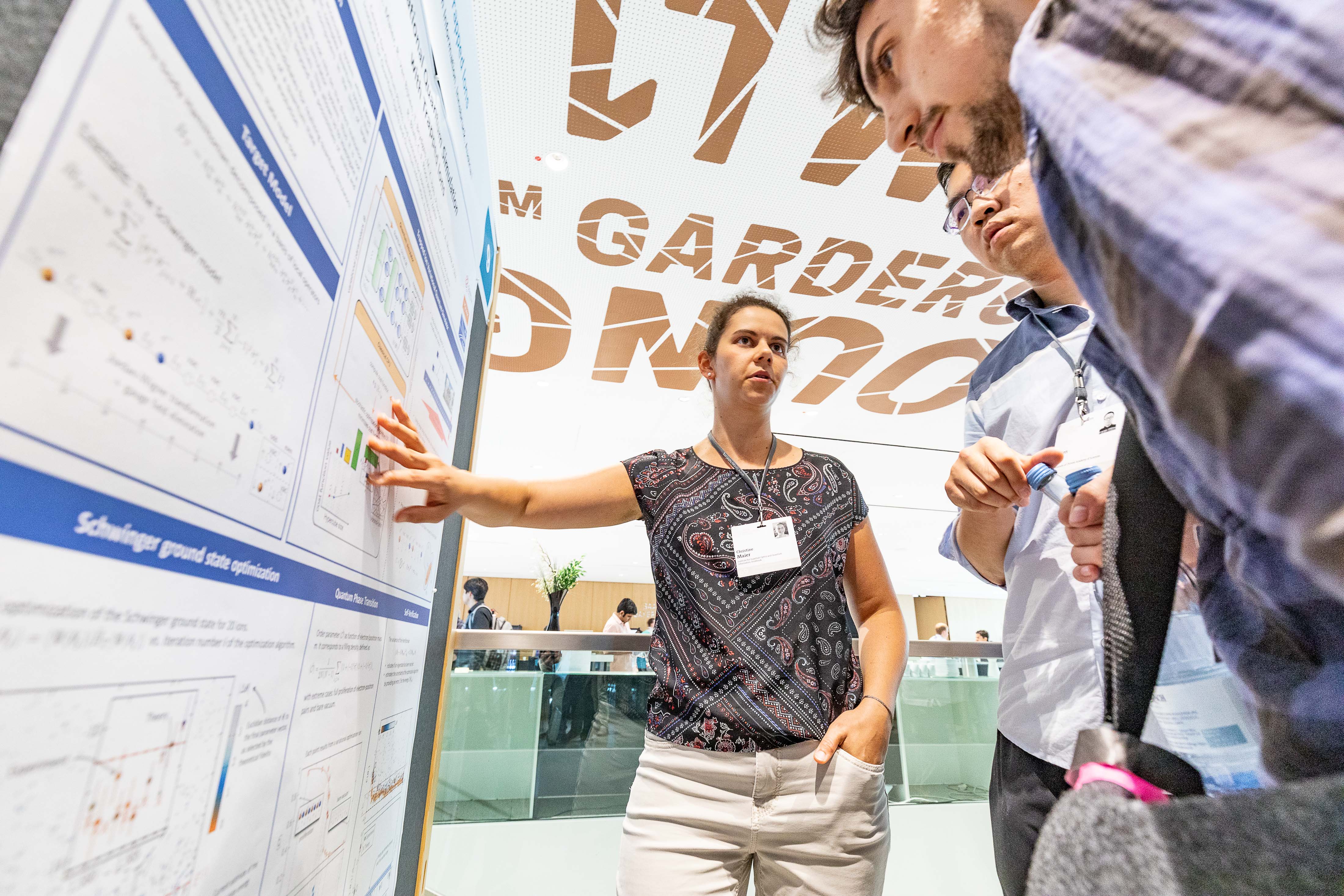 First place *drum roll* was also shared by two young scientists. An Pan, from the State Key Laboratory of Transient Optics and Photonics and the University of Chinese Academy of Sciences, won the first prize for his research in the field of Fourier ptychographic microscopy, a recently proposed imaging technique with high resolution and wide field-of-view. But he wasn’t the only one to get the top prize.

Vanessa Graber studies neutron stars – small celestial bodies composing predominantly of closely packed neutrons. These stellar remnants exhibit extreme conditions that cannot be recreated on Earth which makes them excellent cosmic laboratories for the analysis of ultra-dense matter. Vanessa works at the interface between astrophysics and condensed matter physics. She chose a different poster style than most other participants and it paid off.

“I wanted to create a poster that people wanted to ask questions about,” she says. Cramming as much information as possible on the poster is not always the way to go – there’s an important lesson to be learned there.

All the awards came with a certificate and no doubt, an important plus on the CV. 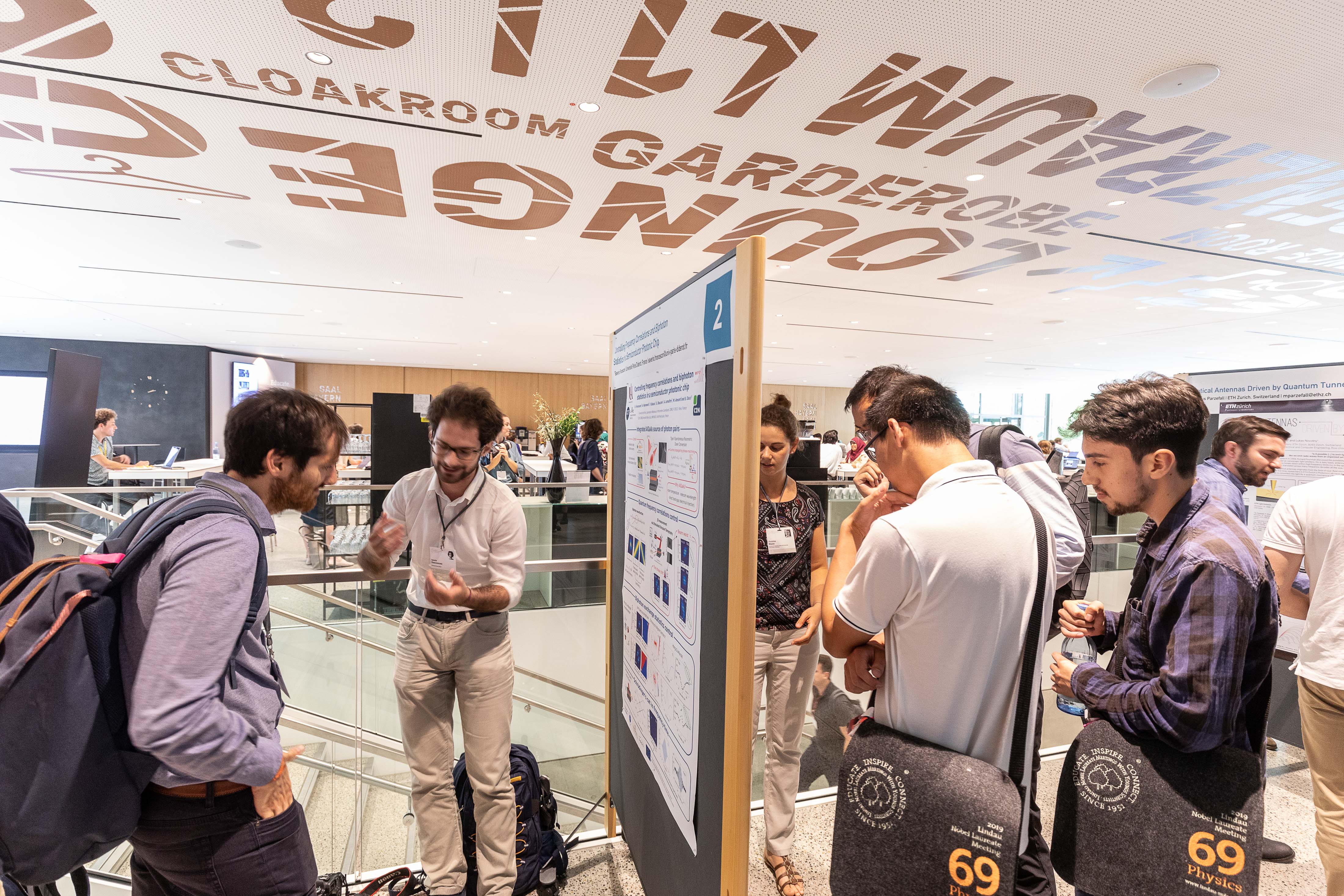 Of course, these weren’t the only remarkable posters at #LINO19. Every poster stood out in its own way, which is why it was so difficult to vote on them. For instance, Wee-Jun Ong from Xiamen University Malaysia wants to build the next generation of materials for solar panels. His work addresses a crucial aspect of society: renewable energy. Working with metal-free 2D materials, he and his lab are working to create and improve an ‘artificial leaf’ – a semiconductor catalyst that drives the chemical reactions similar to the biological world.

“I am convinced that in future the sun will be able to power the world’s energy requirements to reduce the over-dependence on fossil fuels,” he says.

Jana Lasser looks elsewhere: at salt deserts. She found that the patterns visible by the surface of salt deserts are caused by dynamical processes that occur underground and are fueled by convection. She modeled this system, performing numerical experiments and venturing on field campaigns.

Overall, it was a fantastic display of groundbreaking and varied work. From lasers to neutron stars and from quantum mechanics to geophysics, young scientists covered an impressive array of fields, no doubt paving the road for new and exciting discoveries – and who knows, perhaps even a Nobel Prize or two.