ESOF: Perfect Forum for Open...
Back

The EuroScience Open Forum (ESOF) is the largest pan-European, multidisciplinary conference held on the continent. Convened every two years in a different European city, it was only recently established; the first ESOF took place in 2004 in Stockholm. ESOF is a global affair with over 4000 delegates from many nations attending, and there is especially strong representation from throughout Europe, Africa and Asia. It has previously been held in such science-dominate cities as Torino, Manchester and Copenhagen, where the regions relish in the opportunity to welcome international nerds and nerd-supporters with science festivals and fun science-themed events carefully orchestrated throughout the cities.

This week, I had the occasion to attend ESOF 2018 held in the fabulous, pink city of Toulouse. While I have attended two other ESOFs, this was my first where I was a contributor. I was honoured to appear on a panel on science communication organised and hosted by the Lindau Nobel Laureate Meetings. The panel, held on 10 July 2018, was entitled ‘Bridging the Gap Between Experts and the People: Rethinking Science Communication’ and put together by Gero von der Stein, Head of Communications of the Lindau Nobel Laureate Meetings (LINO), with whom I have had the pleasure of collaborating on three LINOs. The discussion featured an impressive all-star cast, including:

and was chaired by Tobias Maier, Scientific Head of the National Institute for Science Communication (NaWik) in Karlsruhe, Germany and a freelance speaker and trainer. 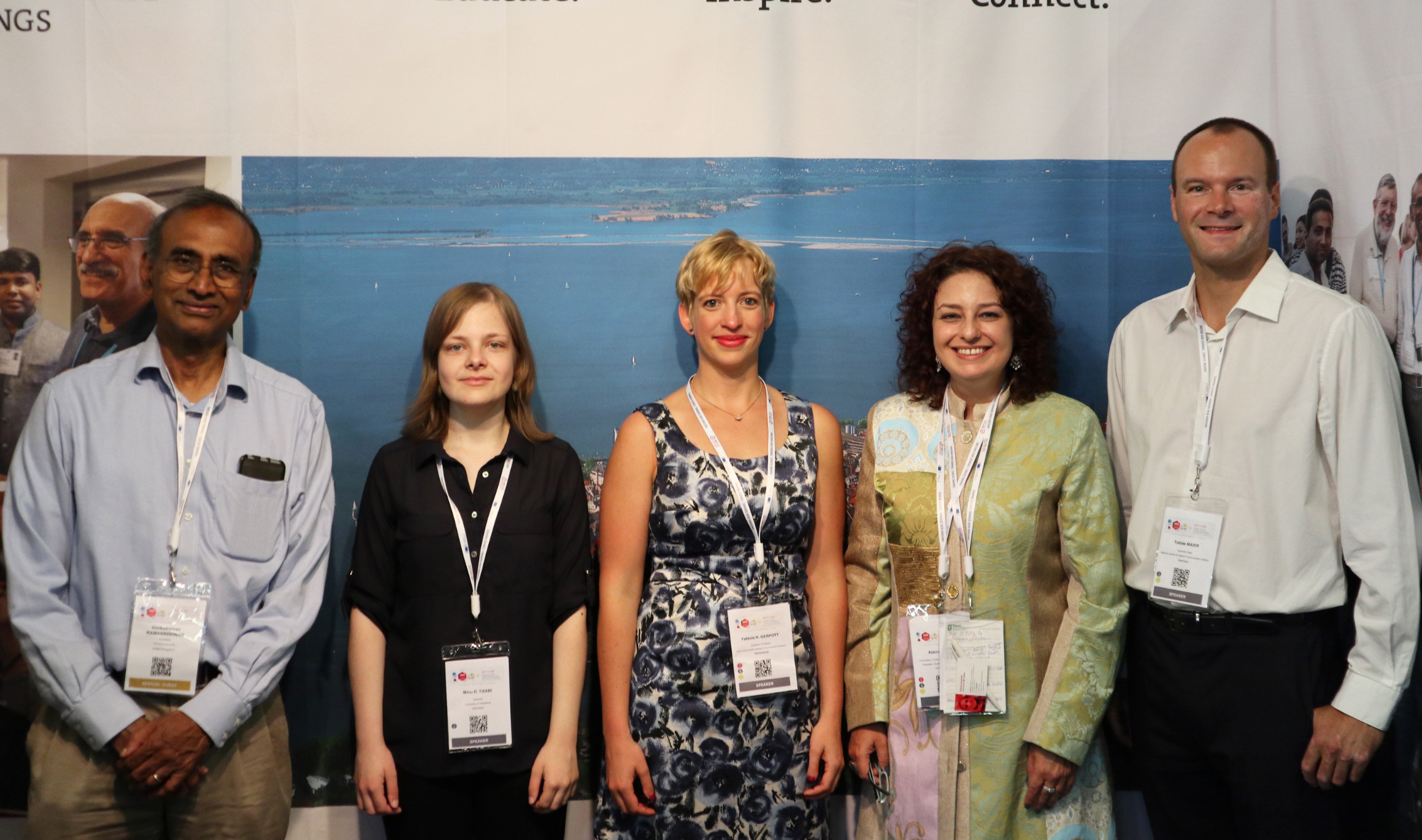 Everyone on our panel has a connection to Lindau – both Maier and I have attended several times and this year hosted Agora Talks with Nobel Laureates; Ramakrishnan has participated in a Lindau Meeting as a laureate; and Tizabi and Gerpott have contributed to previous Lindau Nobel Laureate Meetings as young scientists.

Given that our panel was part of a parallel programme of seven (!!) simultaneous sessions and in a location outside of the main congress centre, we were especially delighted by the size and energy of the audience. We had a full house and standing-room only! And because the panel was designed as a “fishbowl” format, the chairs were essentially set up in a circle and the panel members sat in the middle.

One element of the panel that I thought was especially creative was the placement of an empty chair on the stage. Meant to be an invitation to the members of the audience, the chair literally and metaphorically symbolised an open opportunity for contributions and ideas from ESOF attendees. As the panel commenced, Maier informed the audience of this special opportunity and asked if anyone was a science journalist who would like to join us on stage. Brooke Borel, a freelance science journalist, who has written for Popular Science and Undark among other publications, has two books to her name and teaches science writing to science graduate students and medical students at New York University, was quick to accept the invitation and joined us in the fishbowl. I have never appeared on a panel where this opportunity was presented, and I found it refreshing that we not only spoke to and with the audience but we also gave the audience a platform to speak to us and each other. I can envision that this audience engagement innovation can and should be incorporated into other conferences in which I will participate in the future.

So how did the panel go? In a word: phenomenally.

We advertised the panel as such:

With more opportunities and channels for communication, scientists are in closer contact with the public than at any other period. Almost every scientific institution has an educational outreach programme, complete online courses are available for free, and open data and open publishing trends gain momentum. At the same time, the distrust in science has reached a peak point and there is a substantial and growing amount of public disagreement about basic scientific facts, expressed both in democratic voting results but also in governmental policy. Has science communication failed completely? How does science communication need to respond to a changing environment of distrust in facts and the scientific method? Does every scientist also need to be a science communicator? Does communication need to be an obligatory part of university curricula? Are Twitter, YouTube and similar social media services really a way to bridge the gap or just self-promotion tools within the filter bubble? Do we actually reach new audiences? 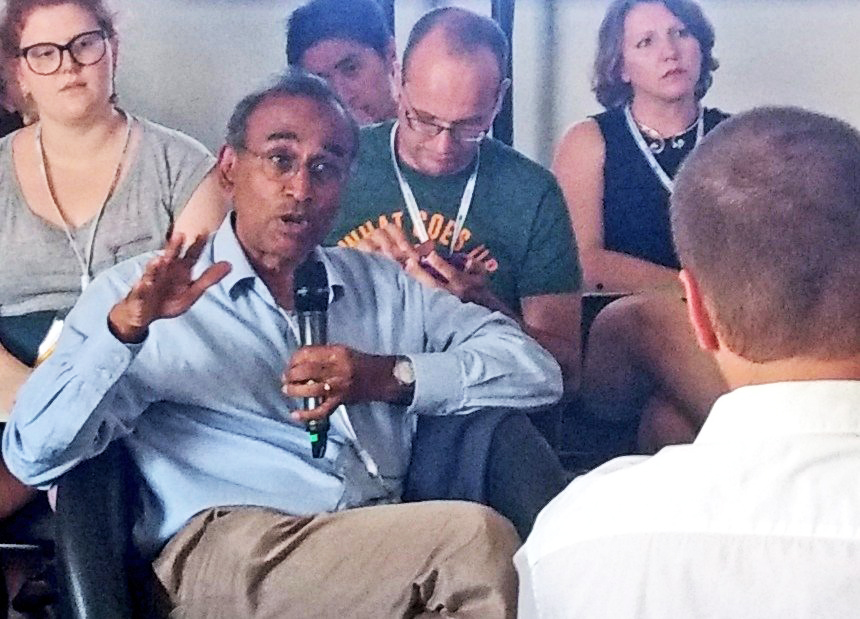 As moderator and chair, my esteemed colleague Maier kicked off the session with an overview of the highlights of our concerns and introductions of those on the panel. He brought up very interesting ideas and astutely gave each panellist and the audience a chance to chime in on these important topics. We discussed different ways of communicating to the public, including Twitter, outreach and journalism. It was also brought up whether all scientists should be engaged in extensive and active science communication to all publics. The panel agreed (and the audience seemed to concur as well) that scientists can and should communicate better with the public, and as Ramakrishnan noted, they should be open to doing so. But it would not be possible for scientists to be completely engaged on all social media channels, and in public outreach and in writing blogs and op-eds and still maintain the excellence required of their field. After all, without the foundation of quality scientific outputs, any and all communications goals, however ambitious, will not be achieved. But this is where professional science communicators play a vital role. We can serve as the middle person between the scientists and the public and design solutions that advance the mission of helping the public understand how and why science impacts them every day in every possible way.

Several audience members brought up the role of visual communications in the communications spectrum, and two scientific illustrators identified themselves. I was so glad they brought up the idea of how the type of media, whether it is written, video, photos or illustrations, can tell different stories. I recalled how visuals have been indispensable to me in learning and remaining excited about particle physics, in fact, it was through cute and funny drawn images that I still remember the six original types of quarks that constitute the Standard Model of Physics. 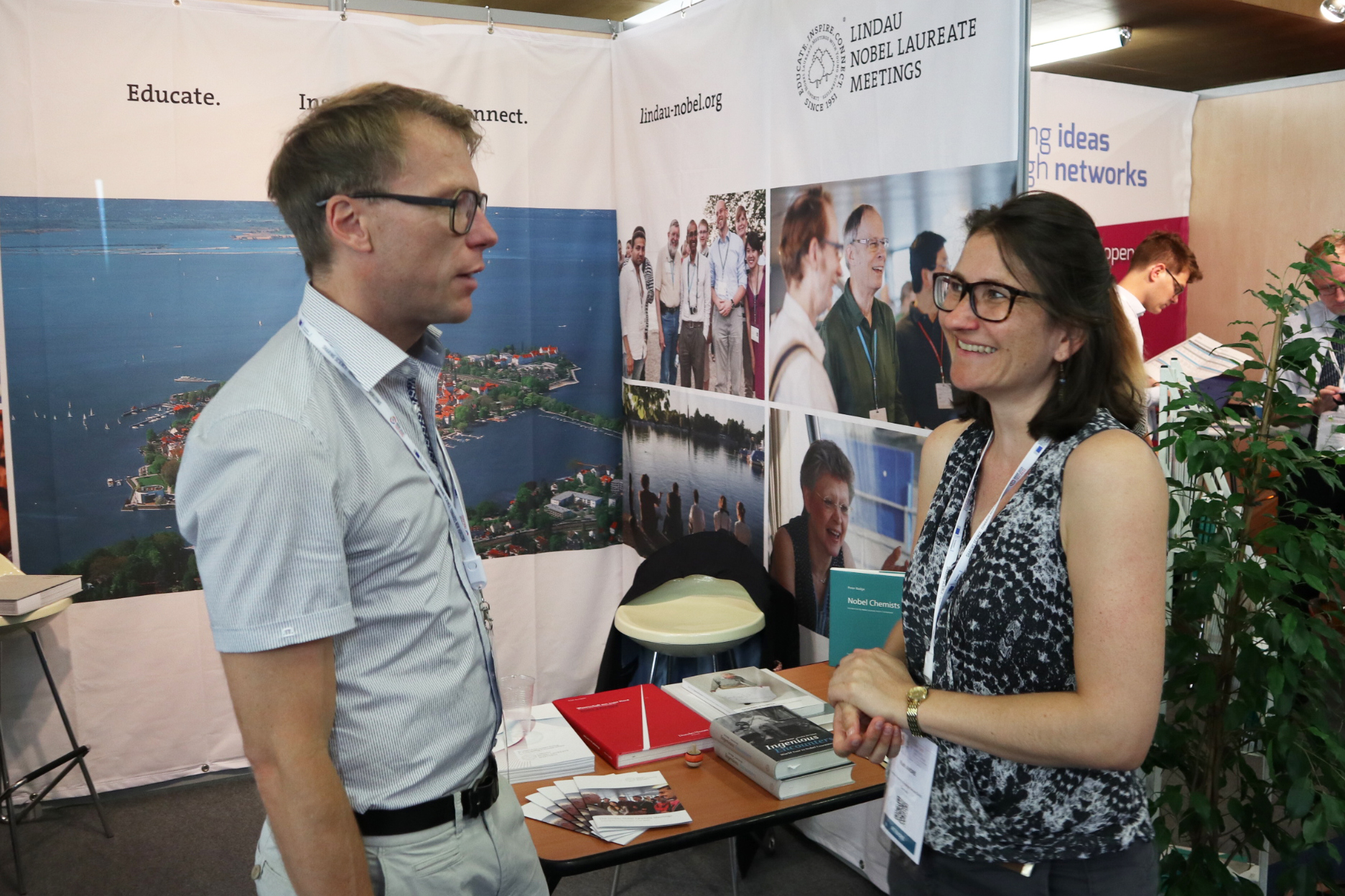 We really appreciated the audience’s participation and questions. Clearly, the attendees were engaged, as demonstrated by their level of enthusiasm and enjoyment as they interacted with the panel. We actually had so many questions we weren’t able to answer them all!

All and all, I think the panel was a great success. The panellists all presented excellent and valuable insights, given that we are in different stages of our careers and present a diversity of experiences. It is useful to engage in these types of experiences to highlight trends, questions and concerns, and it is important to identify these challenges and seek solutions in an open forum, and indeed, ESOF provided this advantageous opportunity. I look forward to further conversations both with my colleagues and new friends as well as with the greater scientific workforce. We simply can’t afford to not keep the conversation going.

A special thank you to the Lindau Nobel Laureate Meetings team for their gracious hosting and fantastic promotional and organisational contributions, to the panellists for their terrific insights and chair Tobias Maier for his excellent and professional moderation.