Europe is growing old. We tend to regard Japan’s old age dependency problem as exceptional: but populations are also ageing rapidly across the whole of Europe. Persistently low birth rates in many countries, coupled with rising longevity due to improvements in healthcare and nutrition, is increasing the proportion of elderly to working-age people. In some countries, this is exacerbated by emigration of the young.

Germany’s population is already the second oldest in the OECD. In 2015, there were about 35 people aged 65 and older for every 100 working-age adults: the OECD predicts that by 2060, this proportion will have doubled. Portugal’s population is ageing even faster: the ratio of over-65s to working-age adults is projected to rise from about 32% at present to over 75% by 2075.

Nor is population ageing limited to Eurozone countries. Poland, currently a comparatively young country, is ageing faster than Germany or Portugal: the OECD forecasts that its old age dependency ratio will hit 57% by 2075. 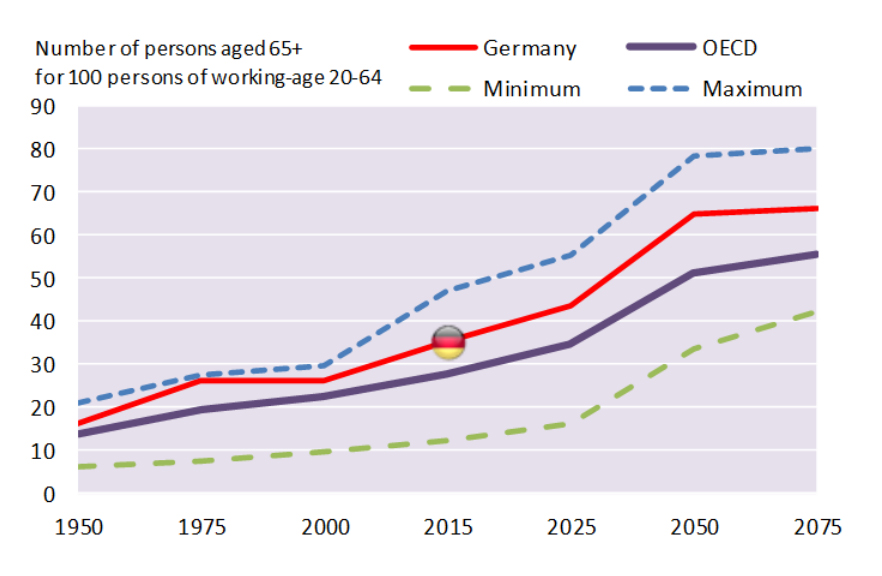 Population ageing is slowest in Scandinavian countries and France, where birth rates are higher than in Germany. But even in these countries, the birth rate is below the OECD replacement rate of 2.1 children per woman and the old age dependency ratio will reach nearly 50% by 2075.

Europe is slowly recovering from the crises of recent years. GDP growth is resuming, though at a glacial pace, and unemployment is gradually falling. But the rapid demographic shift raises serious questions about future prosperity. State pension ages are rising across Europe, to 67 and beyond, and many people are choosing to work on beyond their state pension age. The OECD’s definition of ‘old age’, which presumes complete withdrawal from the workforce at 65, may already be out of date.

The dependency of those who are not working on those who are is not widely understood, and governments have made little attempt to explain it. The likelihood is, therefore, that pension ages will not rise as much as increases in longevity suggest that they should.

Poland has even reduced its state pension age recently and reintroduced an early pension for women, for which it may face a legal challenge by the EU. Whether these changes are affordable does not concern those who expect to receive their pensions at the age ‘promised’ when they started work half a century ago.

It is already clear, however, that affordability will be a problem. Germany, for example, is projected to spend 12.5% of GDP on pensions by 2050. Elderly people also make high demands on health and social care services: as the proportion of elderly in the population grows, the cost of these services for working-age adults will inevitably rise. The picture is one of a growing tax burden on a shrinking workforce.

Even if people accept the need to work for much longer, there will be structural changes to the economy from the demographic shift. Older people tend not to be as productive as younger: to some extent, this is offset by greater knowledge and experience, but as cognitive faculties start to decline, this effect diminishes.

Older people are also more likely to work part-time, to eschew work that takes them away from home, and to have health problems or caring responsibilities that restrict the types of work they can undertake. As the proportion of older people in the economy grows, therefore, we might expect poorer productivity, which if not addressed would result in persistently lower GDP growth. Countries need to invest in technology that raises productivity, particularly among those who have physical and mental limitations.

But from the point of view of Germany’s ageing population, ensuring their futures should be the top priority of their government, even if it means pursuing policies that, by stealing demand from other countries, make it more difficult for them to provide for their own people. This is understandable, but it is not sustainable. For it is not just Europe that is ageing: it is three quarters of the world.

If only a few countries were experiencing rapid population ageing, and the rest had young and growing populations, then for those countries to pursue policies aimed at maintaining a high saving ratio and a large current account surplus would make sense.

After all, young and growing populations tend to have excess demand, so an ageing population can siphon off some of it with impunity – indeed, this might help younger countries to control inflation. But when most of the countries in the world are ageing rapidly, policies that rely on demand from other countries are beggar-my-neighbour policies.

The IMF recently expressed concern that the US, and to a lesser extent the UK, are acting as ‘consumers of last resort’, running large current account deficits to mop up their excess savings. ‘While the rotation of excess imbalances toward advanced economies – with deficits increasingly concentrated in the United States and United Kingdom – likely entails lower deficit-financing risks in the near term,’ the IMF said, ‘the increased concentration of deficits in a few economies carries greater risks of disruptive trade policy actions.’ It called on countries with ‘fiscal space’ to rely less on monetary stimulus and to spend more.

Understanding and planning for the challenges of an ageing population requires international cooperation, not competition. We need to have an adult conversation about how the needs of the old can be made affordable for the children and the unborn who have no voice in this debate but will bear the consequences of our decisions in years to come. 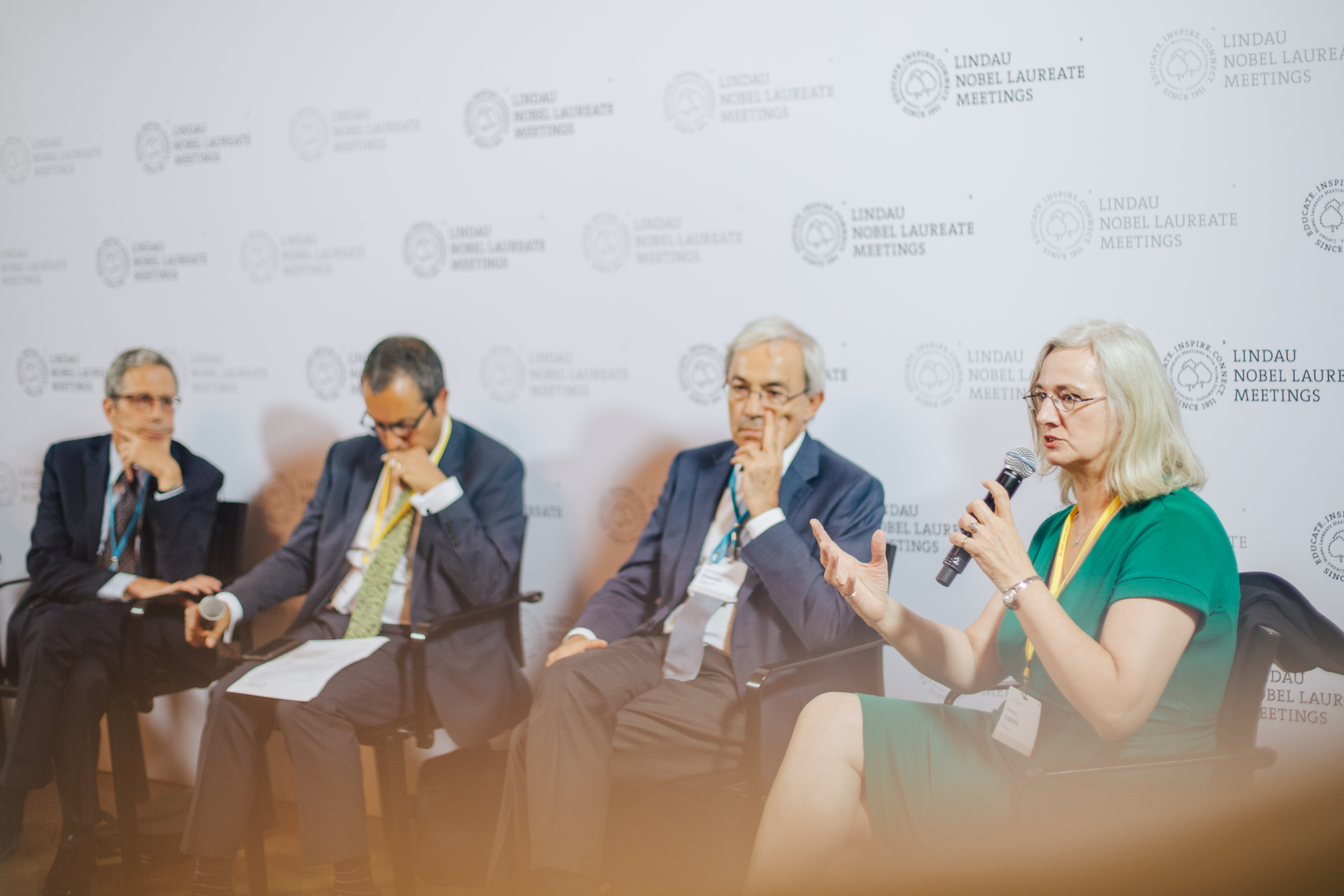 Frances Coppola was speaking on a panel on the future of the European economy with Nobel Laureates and young economists during a press talk at the 6th Lindau Meeting on Economic Sciences. Picture/Credit: Julia Nimke/Lindau Nobel Laureate Meetings 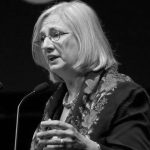