Does the Rise of Nationalism...
Back

It carried Donald Trump to victory in the US presidential election, and drove over half the UK population to vote ‘leave’ and end a 46-year close relationship with the European Union. The surge in nationalist sentiment has already had a huge and lasting impact on politics, and it continues to gain footholds across Europe and the world.

By its nature, nationalism closes a country off from open collaboration, which is why many are concerned about the future of the scientific society. How can large multinational projects such as CERN, IceCube, ITER, ESO and SKA function when the conversation is becoming increasingly nationalistic, and what does this mean for researcher mobility and building a successful scientific career on international collaboration? These and many other pressing questions concerning how nationalism threatens an open scientific world were addressed during the Press Talk ‘The End of International Collaborations in Science? How Nationalism Threatens an Open Scientific World’ at the 69th Lindau Nobel Laureate Meeting on Monday 1 July.

Moderator and Deutsche Welle journalist Lea Albrecht kicked things off with a quote attributed to Albert Einstein: “Nationalism is an infantile disease. It is the measles of mankind.” She asked how much this applies to the world scientists find themselves in today. Young scientist Henry Enninfull’s response was clear: nationalism has swept across the world, from Europe to Australia, and it could heavily affect scientists, and in some cases already is.

He highlighted Hungary as an example: “The Government is trying to strip the Hungarian Academy of Sciences of all it research institutions and form a new government body led by a 50% government-appointed board,” he said, in reference to an impending vote in the Hungarian parliament which, if approved, will place the Academy under stronger state control. “This really strips the scientists of their autonomy – how are they going to produce research that really solves problems?” 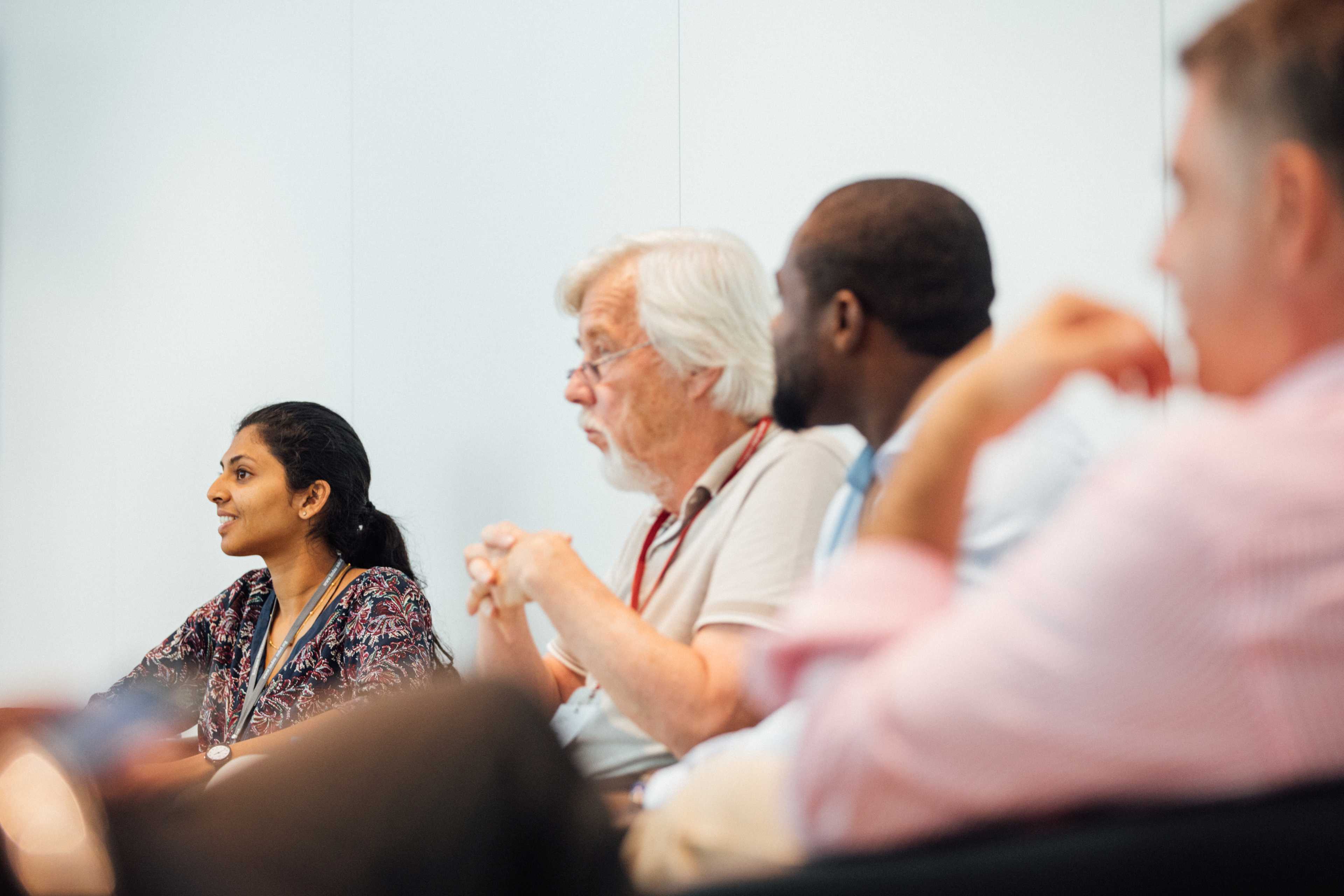 Rolf-Dieter Heuer, President of the SESAME Council and former Director-General of CERN and President of DPG agreed that nationalism is affecting scientists already, making the point that scientists require freedom to think to come up with ideas and that – just like the laws of nature – this freedom must have no boundaries.

Young scientist Lakshmi Balasubramaniam went into further detail on why freedom is necessary, explaining some of the challenges she and her peers are currently experiencing: “For instance, it makes it harder as an international student to get a visa to stay in Europe,” she said. “You’re in a very unstable situation where you don’t know if you should be thinking about your research or visa situation – and in turn that affects the quality of research that you produce.”

When the spotlight turned to Nobel Laureate Sir Konstantin Novoselov, he was keen to stress the negative affects of nationalism on talent attraction and retention. Though he confessed in his Nobel autobiography that he ‘decided to stay as far away as possible from any politics’ long ago, it is no surprise he used the current Brexit political situation in the UK as his example, given his dual Russian-British citizenship. “Brexit is a disaster for science in the UK,” he said. “The talent from the UK will become cheap – if you’re thinking about creating a research institute, now is the right time because there will be cheap, cheap talent coming out [of the UK].”

The conversation then moved on to potential solutions and the power of science to instigate change. When Balasubramaniam expressed frustration at how some developed nations are blocking access to scientists from developing nations who have the knowledge and talent, but not necessarily the resources or infrastructure to retain them, Heuer suggested it is the responsibility of the developed world to bring scientific opportunities and research centres into these countries. He cited Jordan-based SESAME – the only synchrotron radiation facility in the Middle East – as an example, which for the past two years has served to bring the region back into the scientific community, while also promoting peace and fostering international collaboration.

Outside of such efforts to ensure equitable science across the world in the face of growing nationalism and shrinking opportunities for scientist mobility, the whole panel was agreed that science and scientists play a key role in instigating change. Scientists must be vocal in response to the rise of fake news and alternative facts, while governments need to stand firm on their principles of freedom. 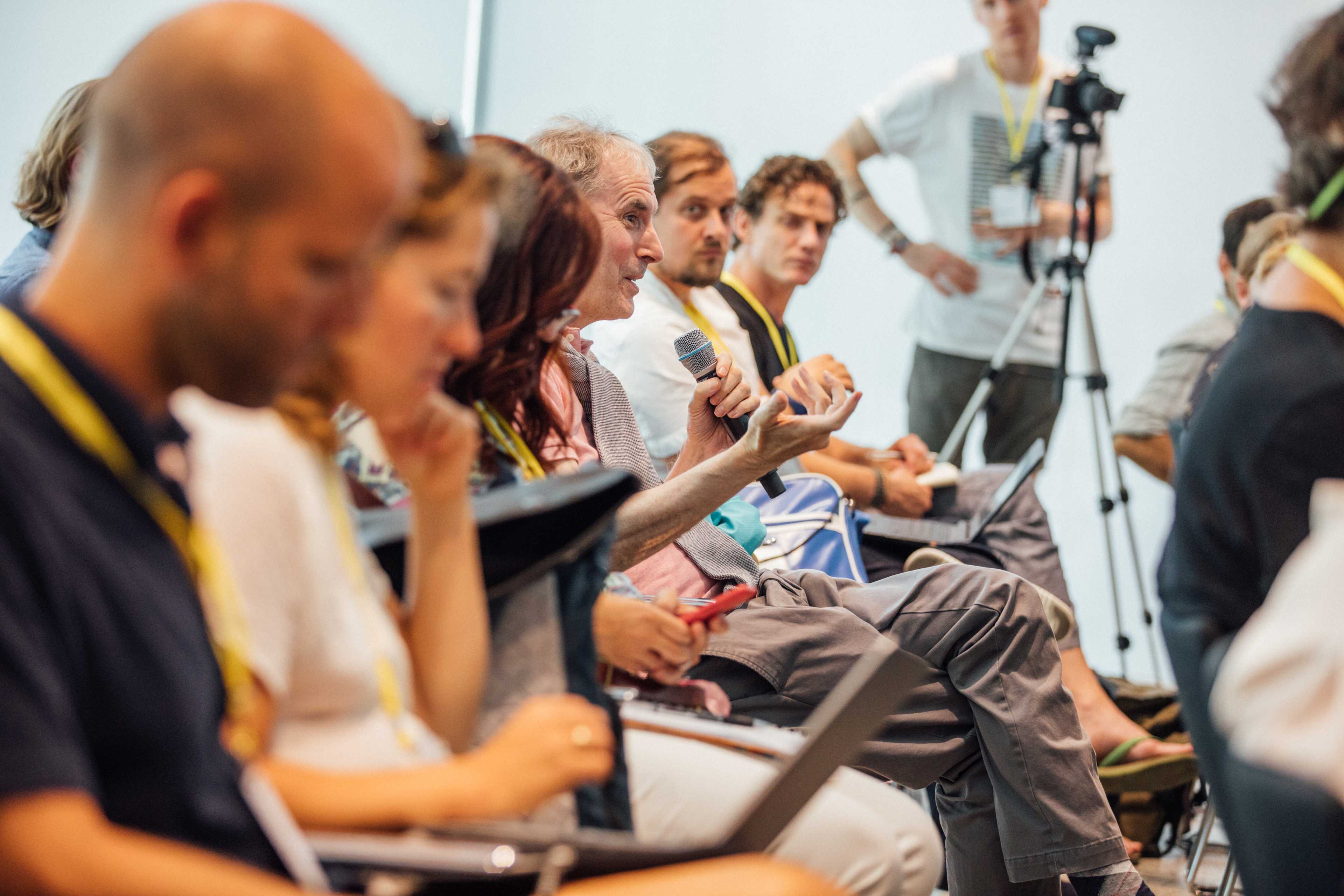 On the latter point, Novoselov mentioned Switzerland. In February 2014, a national referendum result forced the Swiss government to not sign an EU free-movement agreement. In response, the EU cut off full Swiss membership to its Horizon 2020 R&D programme. Realising the financial and scientific loss to the country, in 2016 most of the conditions of free movement had been restored.

Near the end of the debate, thoughts turned to the past. The panellists pointed out that nationalism and conflict have been both the background and driver for some of the greatest scientific collaborations of our time.

The seeds that would grow into CERN were sown in 1949 against the grim backdrop of the devastation of the Second World War. And ISS, initially devised to assert the technological dominance of the ‘free world’, became a beacon of cooperation when the Cold War ended.

It is also worth noting that nationalism was a key driver in the formation of the Nobel Prize. Alfred Nobel bequeathed his fortune to distributing annual prizes to the minds who “have conferred the greatest benefit to humankind”, regardless of nationality. From the opinions expressed by the panellists, we need to learn from the past and take similarly bold actions to ensure healthy global scientific collaboration continues to propel humanity forward.