Building New Forms of Matter...
Back

“I loved to play with LEGO,” recalled Nobel Laureate Wolfgang Ketterle during his lecture on the fifth day of the 69th Lindau Nobel Laureate Meeting. “In my days, LEGO was just a box of bricks and you had to use your imagination to build very very complicated things out of very few building blocks – and this is what we do in my research.”

Today, his LEGO bricks are ultracold atoms (and molecules) and his playmat consists of tabletop covered with extremely complicated equipment. But his playful spirit remains. He applies it to finding new forms of matter near absolute zero temperature.

To build new matter, Ketterle says that the key is not just extremely low temperature but also the need for each atom, like an individual LEGO brick, to be isolated. “A lot of people think the field of ultracold atoms is characterised by ultra-cold temperature, nano-kelvin temperature. “This is correct,” he said. “However… what is much more important is that the materials we create from ultracold atoms are extremely dilute – the density is a billion times lower than ordinary matter. If we put these materials together, we can then focus on the special phenomena of these materials and not their complicated interactions.” 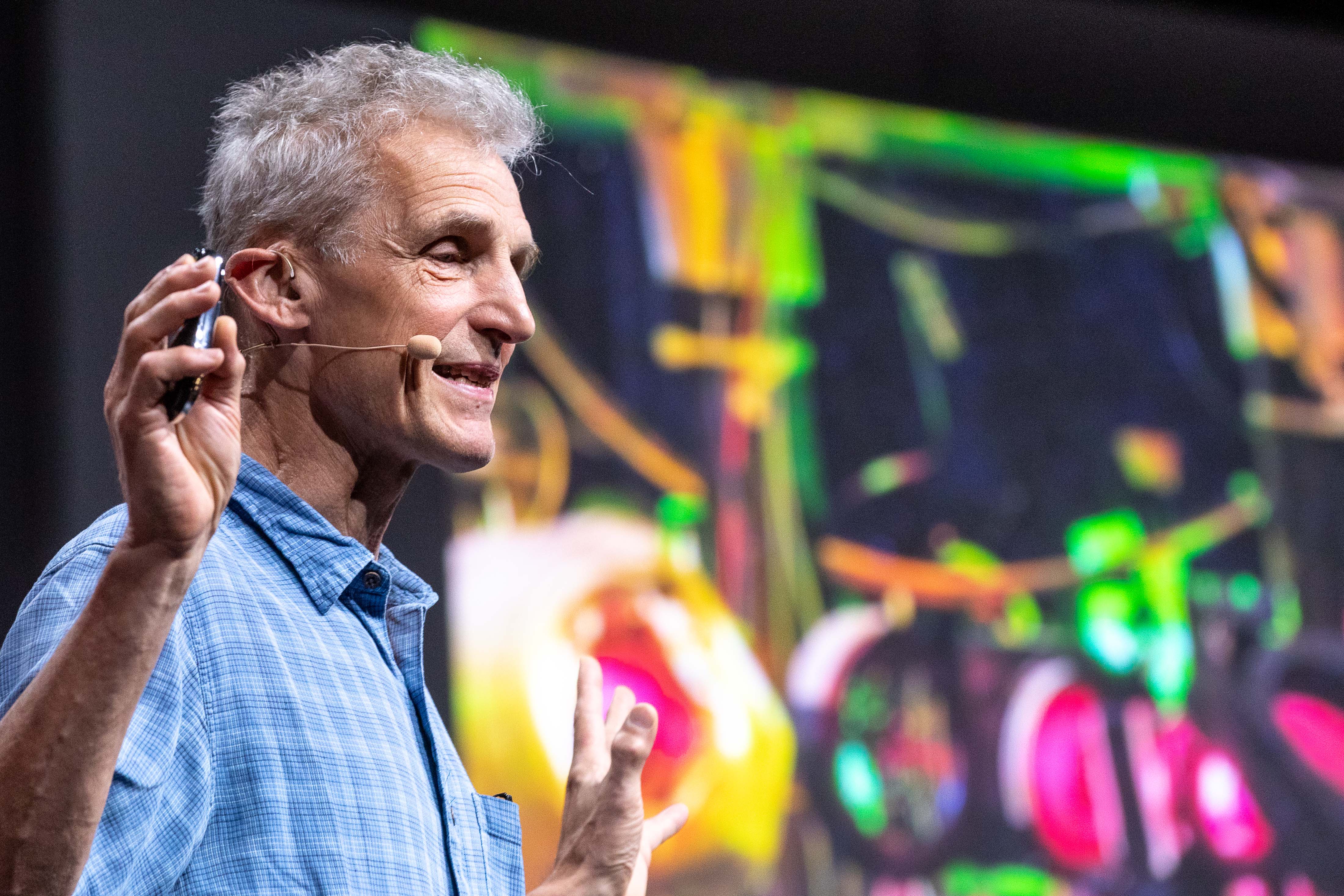 Ketterle applied this understanding in 1995, when he together with Nobel Laureates Eric Cornell and Carl Wieman discovered Bose-Einstein condensates (BECs)— a new state of matter observed at ultracold temperatures. At less than a millionth of a degree above absolute zero, Ketterle and his fellow laureates demonstrated that distinct atoms meld into a single quantum state to form a quantum gas. Individual particles can no longer be distinguished because they have formed a single macroscopic matter wave.

Not one to rest on his laurels, Ketterle has continued his pursuit of new forms of matter. He does so by shining between five and ten laser beams on ultracold atoms and then gradually making the system more complex. “You start with a simple system which you can immediately understand just as a stepping stone, but eventually you want to add more complexity and create a situation where even the best supercomputers cannot solve the Hamiltonian,” he revealed. “You want to build the complexity step-by-step and hopefully be able to test every single step… like a computer code.”

Recently, this technique bore fruit, when Ketterle and his team observed a supersolid. Supersolids are a bizarre form of matter combing properties of a solid and a superfluid at the same time. In a solid, every atom is localised and therefore you can distinguish them by location, whereas in a BEC or a superfluid all the atoms have to be delocalised, by definition, and form one single matter wave.

The two should therefore be mutually exclusive. Ketterle found a way to bring the two together: “What we were able to create was a shape, in this case a density modulation with a striped phase, [in a BEC] but those stripes were not imprinted with laser beams,” he explained. “And this contained continuous symmetry-breaking properties which is the defining feature of a solid.”

“What we created was a supersolid that I could explain to you in one slide,” he said. But this is exactly what he wanted to achieve. “When people would later say ‘This is trivial’, I would say, ‘Thank you, this is actually a compliment’…  we want to show the simplest possible way to realise a phenomenon.”

Even more recently – in fact, just a few weeks ago in unpublished work – Ketterle made another key breakthrough in ultracold physics. His team discovered a method to ultracool molecules. Ultracold molecules would provide fundamental new insights into molecular interactions in the quantum regime.

However, for over a decade, physicists have struggled to cool an ensemble close to absolute zero, a major source of frustration for Ketterle: “In my research I really want more LEGO pieces”.

Though numerous techniques have been applied, all have so far failed. The most promising of these options is collisional cooling. Yet all previous attempts at collision-cooling ended with unstable molecules that didn’t survive collisions.

To surmount this impasse, Ketterle’s team played with a system nobody expected would allow collisional cooling: sodium-lithium molecules. “People told us this would not work, but I told my group we just have to try it,” he recalled. Sodium-lithium molecules are normally reactive, but by aligning all the spins in the system, they became non-reactive. Doing so allowed the team to reduce the temperature by more than an order of magnitude.

Ketterle said that the breakthrough means that for the first time, there is a system of molecules that can be collision-cooled, bringing ultracold molecules a huge step closer to reality. Most importantly, it means Ketterle may soon have a completely new playground in which to probe fundamental physics and even perhaps find more new forms of matter.