I must admit to being incredibly intimidated about attending the 6th Lindau Meeting on Economic Sciences. About twenty of history’s greatest minds coupled with hundreds of the world’s most talented young scholars on one island – I felt like a stowaway on a celebrity cruise, and I wondered how on earth I’d participate in their conversations without being discovered for the imposter I was. 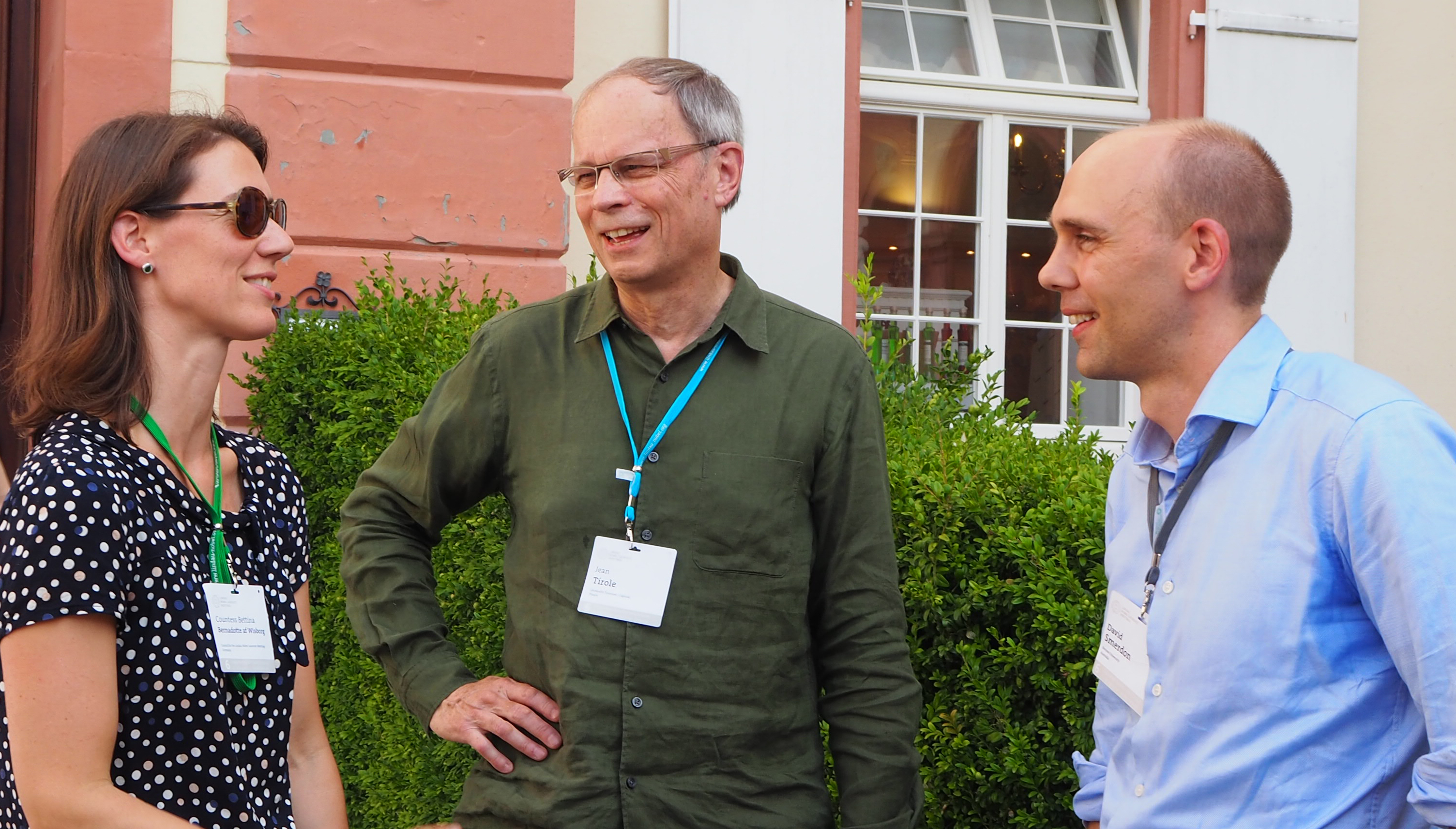 But in hindsight, my fears were ill-founded. From the very first interaction at the airport arrivals, everyone I met was enthusiastic, approachable and, above all, friendly. I discussed how to best measure teacher quality and swapped job-market war stories with Chicago-based Nathan in the taxi ride from the airport and was amazed by the developments in climate finance after meeting Veronika, a Russian physicist, in the hotel lobby. Rushing off to dinner, I sat opposite Banji, who educated me about the consequences of Nigeria’s trade policy on its energy markets, and Eleni, who detailed the early results of a cash transfer pilot study in Ethiopia. On the bus, Roxana from Romania taught me a form of econometrics I didn’t even know existed. By the time I fell asleep that night, my notebook already had pages full of scribbles about the people I’d met and the conversations I’d had – and the official programme hadn’t even begun.

But it was the interactions with the laureates themselves that really surprised me. I had expected these esteemed statesmen to be cordial and pleasant – which they were – but I had not expected them to go so far beyond their official obligations (for lack of a better word). The laureates were not only tirelessly willing to acquiesce to our floundering flattery and sycophantic selfies, but were eager to interact with us on an intellectual level, engaging in stimulating conversation with different groups of scholars at every possible break in the programme. They actively encouraged us to ask the big questions, whether it was about their work, our own careers or the state of the science itself. They listened to our views, not dismissively or with well-crafted rebuttals but with real consideration. And while it was hard to ignore their obvious intellectual aura, on several occasions the laureates showed us their human sides and let their hair down (who knew they could dance like that?). One common thread of advice I picked up from the laureates was their earnest desire that young economists take up relevant, welfare-improving research topics, rather than just playing the classic publishing game. Coming from a policy background and thus a ‘late-starter’ to the world of academia, I very much appreciated hearing this admonishment – though one could imagine it is easier to dish out, let alone follow, with a Nobel Prize hanging in one’s office… Having said that, I found that this idealism was echoed by my fellow scholars, and it was a delight to listen to their presentations and the laureates’ comments in the parallel sessions – not to mention the many animated conversations we had over dinners, coffees and even swims in the lake. Judging by these short snapshots of research, it was even possible to imagine a few of them standing in front of the Swedish monarch at some point in the future.

I didn’t anticipate such positivism in a room full of economists, but on reflection I guess that’s what the Lindau Meetings are all about.

I particularly enjoyed chatting with people from vastly different streams of research to mine – including, mind you, other attendees such as the laureates’ and scholars’ partners, members of the Lindau Council and its executive secretariat and industry partners. In the cut-throat world of academia, it’s so easy to lose one’s self in the narrow silos into which we now specialise, so it was an unexpected pleasure to have such stimulating debates that combined all branches of economics and policy, joined by a common focus on real-world issues (I’d forgotten that macroeconomics can actually be fun). More importantly, there appeared to exist a collective motivation among the scholars that our careers should matter in some tangible way to the ‘outside world’ and that the investment made by ourselves and others in our education deserved to be returned with real contributions to improving welfare. To be honest, I didn’t anticipate such positivism in a room full of economists, but on reflection I guess that’s what the Lindau Meetings are all about.

It was surprisingly sad to leave Lindau after such a brief but hectic event. Sure, I’d been running on caffeine and naps for a week, visited the first-aid tent twice and had run out of clean socks, but attending the Lindau Meeting was, pardon the cliché, an unforgettable experience. I landed home with a folder overflowing with lecture notes, research ideas scribbled on napkins and crumpled business cards of the scholars and other attendees, all thanks to the wonderful opportunity that the Foundation and the Council for the Lindau Nobel Laureate Meetings provided. It’s an opportunity I’m not going to waste.

More reviews and highlights of the 6th Lindau Meeting on Economic Sciences can be found in the Annual Report 2017.