“An Attitude-Changing Experience”: Reflections on...
Back

Lindau Alumni Katekani Shingange and Francis Otieno were among the 20 young scientists from South Africa who attended the 69th Lindau Nobel Laureate Meeting this year. In an interview for the science magazine Quest they talked about their #LINO19 experiences. Enjoy the interview and get inspired:

What were your feelings before the meeting?

Katekani Shingange: Leaving South Africa for the meeting, I had my expectations, and they were all met and even exceeded! I experienced an overwhelming excitement. The Lindau Meeting was filled with positive vibes, smiley faces and very motivated people – and all of this was pretty contagious!

Francis Otieno: The trip preparations were full of optimism but also nervousness, since I truly didn’t see myself with Nobel Laureates in physics, let alone discussing my research eff orts. Although the Academy of Science of South Africa (ASSAf) made me feel relaxed by organising a pre-Lindau meeting, where all nominated individuals were briefed of the expectations, I still felt uneasy. But we arrived as a team and I was taken in by my host, Petra Wissmann, an incredible lady with a golden heart quite rare to find. We had the best time, full of wide-ranging discussions about previous laureate meetings, the history of Lindau, giving back to the community, etc. So on the day of registration I was feeling quite at home, anticipating meeting the Nobel Laureates. 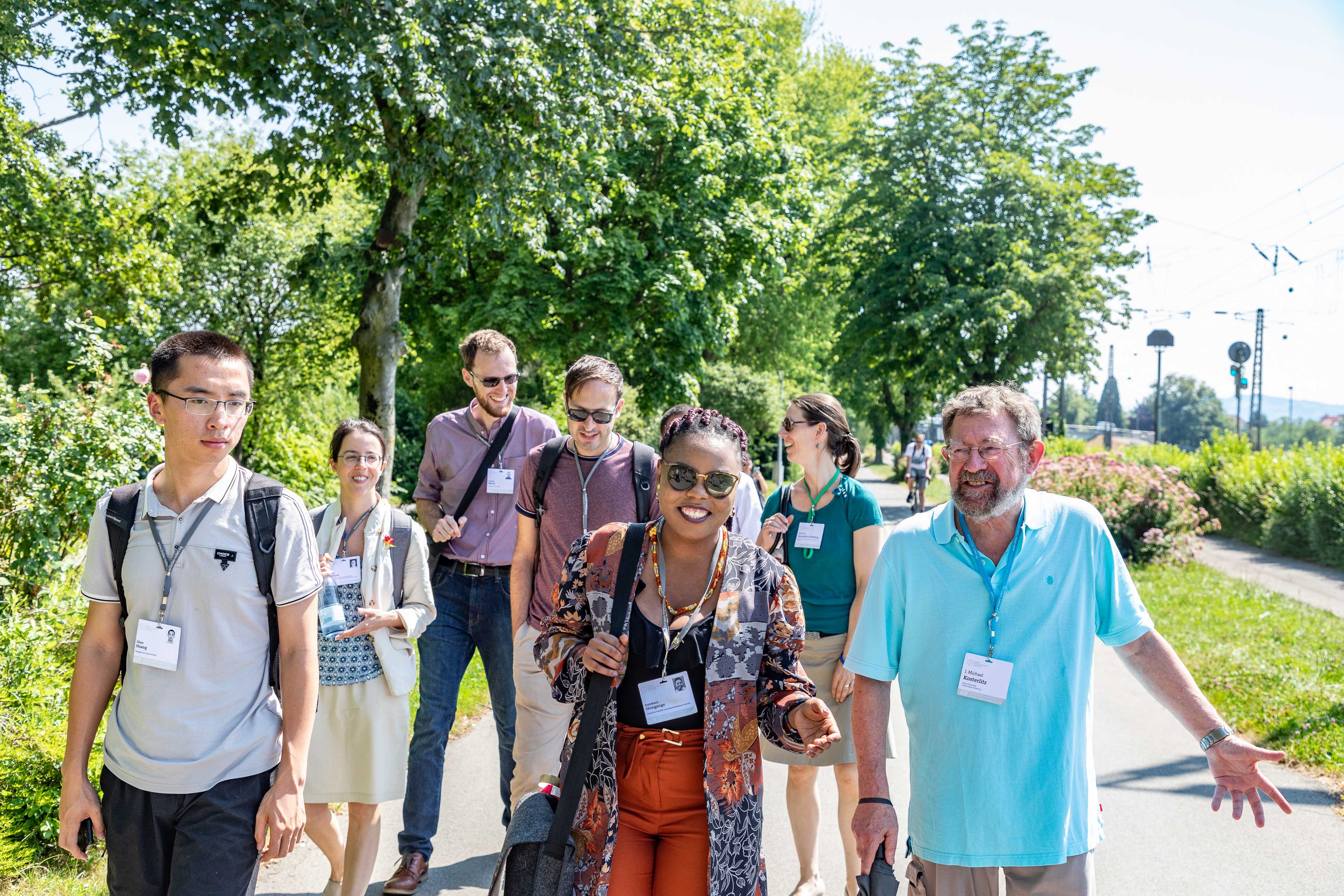 Which of the laureates’ talks made a particular impression on you?

KS: The keynote address by Brian Schmidt was a personal highlight. He said that we are completely interdependent in the work that we do, and although it is easy to feel isolated in our research, and that our little piece doesn’t matter, more often than not it does, or it will, but in ways we cannot predict in advance. And it’s not just through academic journals – it can manifest in all sorts of unexpected ways. He gave an example of our smartphones, which contain different pieces of research done by different people, and relied on a history of discoveries. He said: “It is this interconnected world where each of us does our bit that makes us powerful and strong”. From these words, I felt I was important, and it hit me that actually I was amongst the most beautiful brains in the world – it made me blush!

FO: I was fascinated by how most of the speakers had many years of investigations and only realised a breakthrough later, often at the least expected moments. They had kept working, never giving up. This was well illustrated by Joseph H. Taylor in his talk titled ‘The Long Tortuous Path to Gravitational Waves’. Although not my field of study, he compared his experience to Einstein’s conversation with the editor of his paper about whether gravitational waves exist. It was not a smooth ride but with errors, disappointments and a feeling of not being taken seriously for the much-celebrated Einstein. His disappointments mirror so well my current struggle to publish, and was a true motivation to keep going.

Apart from the talks, what were some of the other highlights?

KS: I enjoyed the student exchange sessions, as well as the Science Walk with the laureates. During these sessions, the young scientists had opportunities to ask as many questions as they wanted. The panel discussions were stimulating too, such as the one titled ‘Student, Postdoc and Then? Aiming for a Career in Science’. This discussion made me realise that I am the driver of my own career and I should take this into consideration when planning it. Other take-home points from the discussion were: it is all right to fail, the value of perseverance and knowing when to quit.

FO: I wish all conferences could be done in a similar way. The talks and discussions were quite engaging – I felt heard and to have heard a lot too. One session in particular was the Master Class I attended on teaching physics. After a short presentation, we had a wonderful engaging session of discussions, guided by one of the Nobel Laureates, and I felt quite inspired since I love teaching so much. 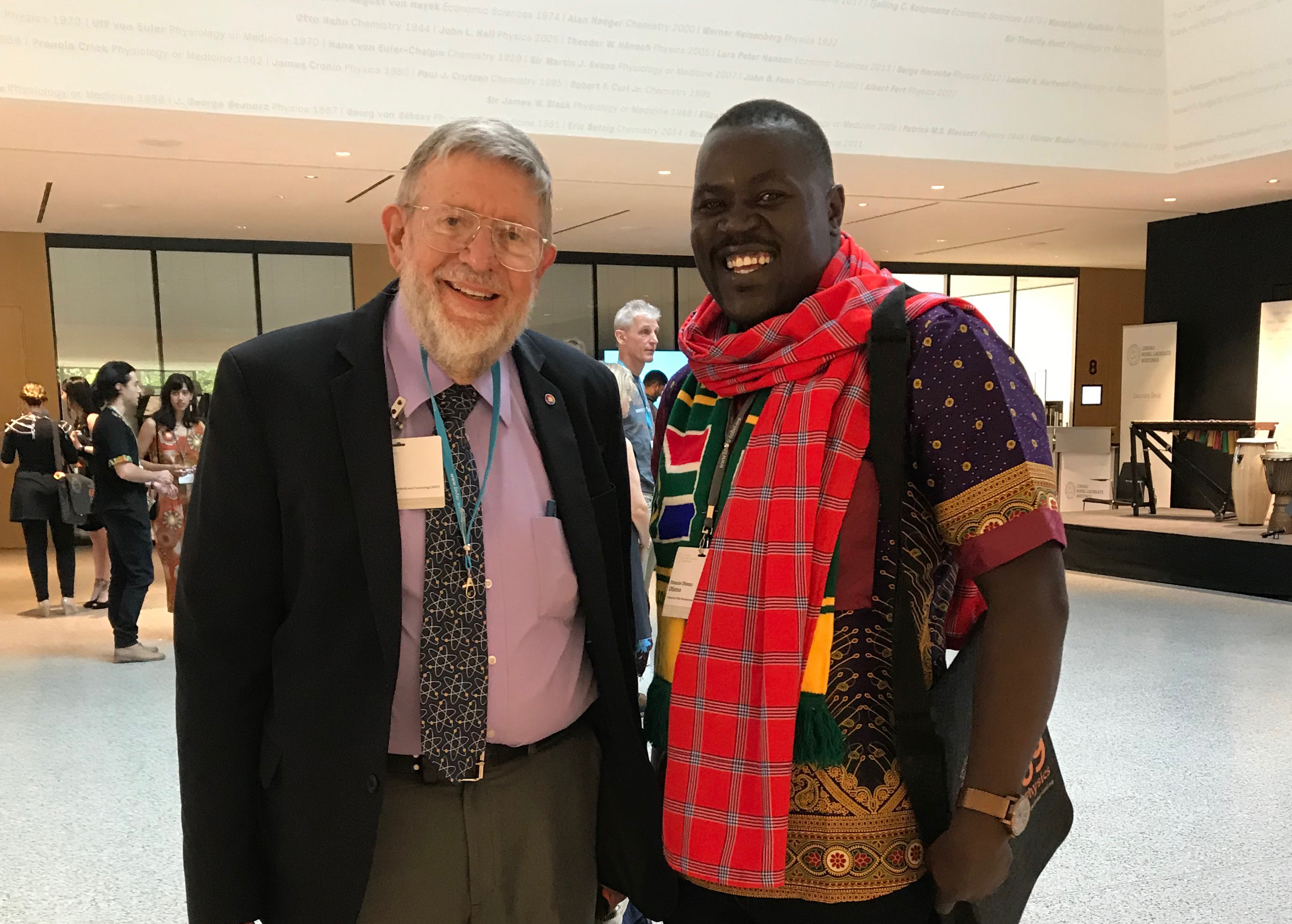 And the social highlights?

KS: For the international get-together hosted by South Africa, all the South African delegates were dressed in our diverse cultural attires – and we looked so fine! Another aspect that made the whole Lindau experience enjoyable for me was the hospitality of my wonderful hosts, Diana and Stephan Förbs. Instead of just focusing on the meeting alone, I got to learn about their culture as well.

FO: The hospitality at the meeting was amazing, culminating in a boat trip to Mainau Island – very beautiful scenery, with wonderful people.

Reflecting on your experience, what is your lasting impression?

KS: Most of the talks and activities provoked self-analysis within me to find my own ideas, thoughts and feelings about my path in science and my contribution to society. The Lindau Meeting is an attitude-changing experience, and I regard myself as very fortunate to have been given the opportunity to attend.

FO: I was struck by the simplicity and humbleness of the laureates, and my previous perception that the Nobel Prize was something unattainable was proved otherwise. We also had lots of interactions with fellow researchers, sharing our ideas, disappointments, ambitions and current conditions, as well as general talks that I found so encouraging. It was a great experience! 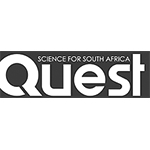 About Quest – Science for South Africa

Quest – Science for South Africa is a science magazine aimed specifically at the youth and the general public who have an interest in the sciences. It aims to present South Africa’s foremost scientific work in an accessible form and can be used to support curricula work at various levels and institutions. The magazine is managed, hosted and published as an open access (free) magazine, by the Academy of Science of South Africa (ASSAf).