A Week on Mount Olympus
Back

My week in the little town of Lindau on the shores of Lake Constance in Bavaria, Germany, was an unforgettable scientific experience. I will cherish my memories of this wonderful place and of the inspiring encounters with other laureates and young scientists.

Together with 39 Nobel Laureates, I met with 580 young scientists from around the world. All who I had the pleasure of encountering personally were passionate about knowledge and wanted to know more about the physical sciences as well as a career in academia. I felt like I had reached the Mount Olympus of science.

What an immense privilege it was to bathe in this environment, where every scientist had contributed in a major way to advancing society through seminal discoveries or inventions. What a pleasure to take part and observe the intense, fruitful interactions between the Nobel Laureates themselves and of course between the laureates and the future generation of scientists, who were eager to learn from the laureates and hear their advice.

A relaxed atmosphere was vital for encouraging effective communication between young scientists and laureates. We broke the ice with scientific round table discussions, Master Classes and even a bit of a bop on the dance floor at the International Get-Together on the evening of the second meeting day. The array of various activities ranged from formal lectures delivered by some of the attending laureates to casual lunch breaks and Science Walks with one laureate accompanied by ten young scientists through the picturesque scenery in and around Lindau. In general, there were so many possibilities for intense personal and scientific exchange. My own highlights are discussions about the creation of the Universe and of particles: this switch from the simple to the complex in an attempt to answer the big question of whether life is unique or inevitable was a definite high point of the conference. 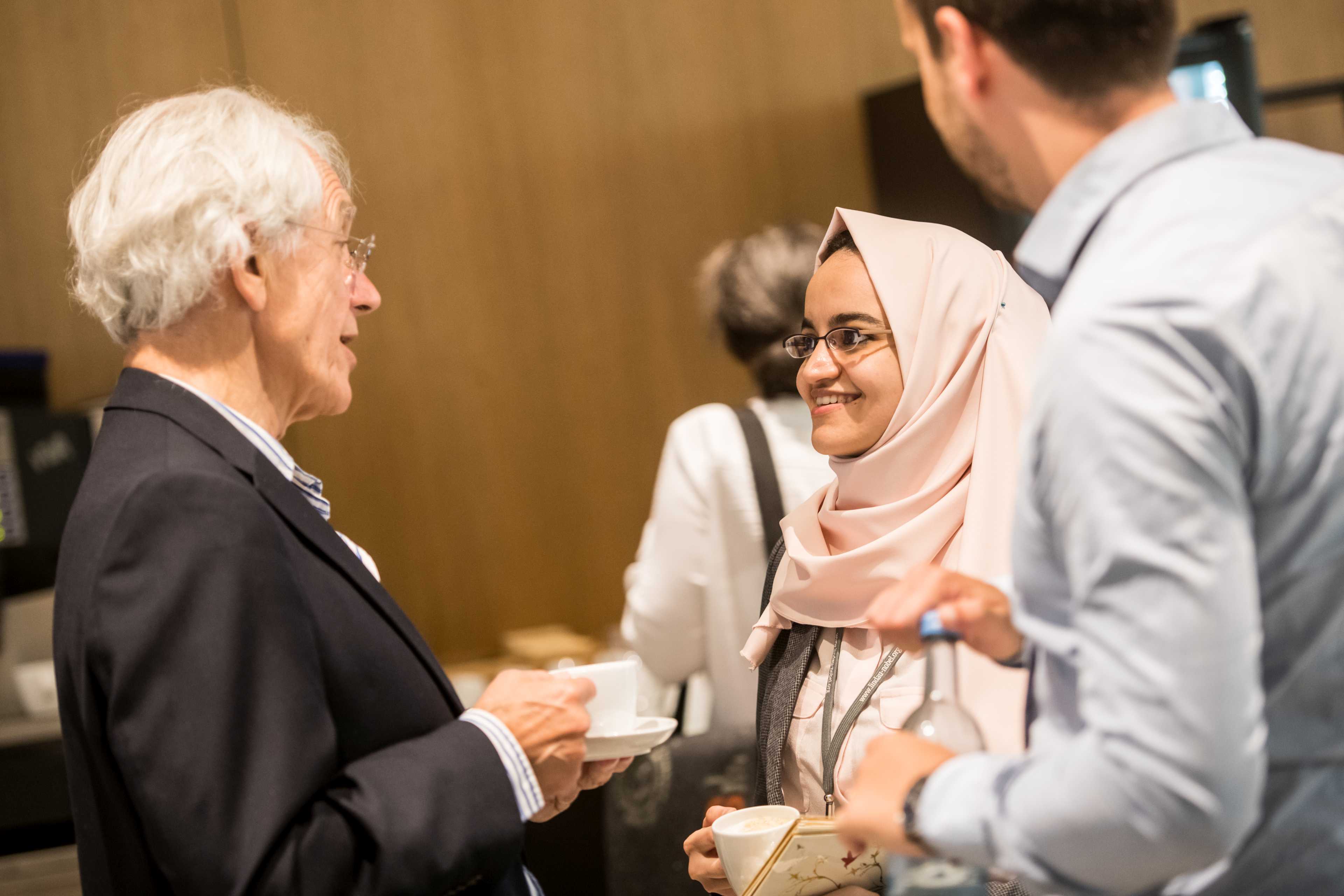 In such a relaxed atmosphere, the discussions were not unlike those you might have encountered if you happened upon Aristotle walking with his Peripatetic disciples or Goethe holding forth on nature. The high point of the week was when the conference decamped to the amazingly beautiful Mainau Island, where we heard the Yemeni Nobel Peace Laureate Tawakkol Karman speak movingly about the fight for democracy and human rights in her homeland. This was followed by a discussion entitled “How Can Science Change the World for the Better?” and a grand Science Picnic in the park of the small island – another opportunity to talk about scientific careers and research ethics with the meeting participants.

Although my Lindau experience is already now several months in the past, I have indelible memories of the week on this ‘Mount Olympus’, where every morning began with a long swim in the wonderfully calm lake before breakfast, with only the wild ducks and moorhens for company. Then came breakfast with a view over the lake, before I hurried back to join my colleagues and continue sorting out the world!

A video of Gérard Mourou’s first Lindau lecture ‘Passion for Extreme Light’ can be watched in the mediatheque.

Gérard Mourou was awarded the 2018 Nobel Prize in Physics together with Donna Strickland "for their method of generating high-intensity, ultra-short optical pulses."