A Set of Guidelines for...
Back

The Lindau Guidelines began with a seed of an idea proposed by Elizabeth Blackburn at the Lindau Nobel Laureate Meeting 2018: How can science become more global, sustainable and cooperative?

Blackburn, the recipient of the 2009 Nobel Prize in Physiology or Medicine, called upon the audience of 600 young scientists to think about a new approach that draws on the whole of humanity to share and globally support science. The concept caused quite a stir at the meeting and attendees exchanged their thoughts about what such an ambitious project would entail.

Two years later, after much effort by Blackburn and the Lindau Nobel Laureate Meetings, the first set of Lindau Guidelines has officially been released. The Lindau Guidelines 2020, first presented during the Online Science Days in June, outlines ten goals for scientific research and conduct that will support global, sustainable and cooperative open science in the long-term. They touch on important points such as global cooperation, knowledge sharing, open-access results, transparency, and communication to the public.

On Wednesday afternoon, a panel that included Blackburn, two other Nobel Laureates, and two young scientists discussed the need for the Lindau Guidelines, as well as what their implementation would entail. Later that same day, the three finalists of a 48-hour scientific competition — the Online Sciathon with one topic section on the Lindau Guidelines — presented their results live on stage. Teams of scientists from all over the world came together virtually on 19 – 21 June to work on projects that uphold the spirit of the Lindau Guidelines. Other main topics were “Capitalism after Corona” and “Communicatin Climate Change”.

When first conceptualizing what would become the Lindau Guidelines, Blackburn felt that science needed to underlie advances that would improve the well-being of our planet and its people. In order to work most efficiently, she believed in the benefits of a global scientific community that openly shared resources and data. 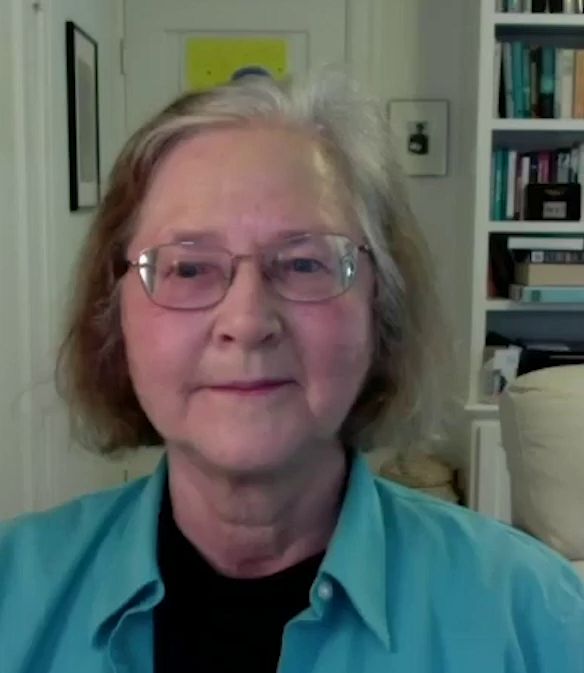 Elizabeth Blackburn on the virtual panel for “Lindau Guidelines”.

“The coronavirus pandemic has made all of this much more urgent and does provide us an opening to make forward progress on this,” said Blackburn during the panel discussion. “I was so happy that, with the work of many, this evolved into a set of guidelines now, and I’m really looking forward to seeing how the young scientists who will carry this forward will think about this.”

Two other Nobel Laureates chimed in with their thoughts on the Lindau Guidelines during the debate. Martin Chalfie, the recipient of the Nobel Prize in Chemistry 2008, emphasized how shaping of the goals must be an inclusive conversation. Instead of more established scientists laying down the law of what should happen in science, he stresses that scientists both young and old need to have a voice in what gets included.

Chalfie also mentioned how the guidelines sparked excellent conversation among his own lab: “It gave us an opportunity to talk about aspects of science that, frankly, we had never really talked about in the lab at all. And I found this to be astonishingly illuminating.“

William E. Moerner, who received the Nobel Prize in Chemistry 2014, expressed his hope that implementation of the Lindau Guidelines would help improve the public acceptance of science.

“There is a problem, perhaps especially in the United States, that we have somewhat of an anti-rational streak occurring at the present time,” he said. “This is something that is going to be destructive to the advancement of the world and solving problems worldwide if this doesn’t get addressed.”

Moerner, along with young scientist Tanmoy Laskar, also spoke about the importance of diversity and its inclusion in the guidelines. Goal 8, Support Talent Worldwide, states that research environments should “support scientific talent regardless of its background in an inclusive, diverse and non-discriminatory manner.”

“It’s important for us to ask not just how these guidelines are going to be realized, but also how we can do that in an inclusive manner. How can we support and educate young scientists who will be the future of science?” said Laskar, a postdoctoral researcher at the University of Bath. “These are turbulent times with racial ethnic biases exposed by the ongoing pandemic and I’m looking forward to discussing how we can all contribute to realizing these guidelines, building public trust and making science truly a global endeavor.”

The second young scientist, Liubov Poshyvailo, added that the guidelines would likely push her to seek out new skills. She believes that the ten goals will stimulate a more multidisciplinary form of science that will require researchers to become more well-rounded.

“Communicating science to the public is very important when you talk about some global issues, so it’s also very important to get some soft skills for scientists in order to deliver science properly to public,“ said Poshyvailo, a postdoctoral research at the Institute of Bio- and Geosciences: Agrosphere (IBG-3) at Forschungszentrum Jülich.

After much deliberation, three finalists were chosen out of 23 total Sciathon projects that focused on new views, perspectives or solutions related to the Lindau Guidelines. The remaining teams competing for the top spot included Group Clifton, Group Elmiger, and Group Mărgineanu.

We live in an age where endless amounts of information — and unfortunately, disinformation — are available at our fingertips. To help separate the wheat from the chaff, Group Clifton has developed authentiSci, a verification tool that can be accessed through a website or browser extension. It provides an easy-to-read score that summarizes a scientific consensus about the content on the page based on feedback from real scientists.

Only scientists with a valid ORCID ID are allowed to rate articles with a survey that asks questions about the article’s sources, bias and clarity. Responses from multiple scientists are then aggregated into a score. While reading a news article from the BBC, for example, you can click on the browser extension and see that it has an overall score of 76 out of 100 based on reviews from 5 scientists.

“By authenticating the identity of every reviewing scientist, you can be confident that you’re getting an opinion that you can depend on, so you can decide for yourself which sources are worth trusting,” said Stephanie Mouchbahani Constance, a PhD student and entrepreneur who is a member of Group Clifton.

One unexpected benefit of the COVID-19 pandemic has been the rise of virtual seminars and conferences, which have opened the doors for greater global participation. With such online events, scientists are no longer bound by economic or geographic restrictions.

Group Elmiger jumped on this timely opportunity to create ANANSIWebinars, a common platform that lists open webinars from around the world. Having a central hub to access will allow researchers to participate in state-of-the-art academic discussions — no matter their country of origin, budget for traveling or personal contacts. In particular, researchers based in developing countries will have a chance to exchange ideas with their peers in developed countries, fostering greater international collaboration that might not ordinarily happen.

In just about any field, finding and choosing a mentor is an invaluable part of forging one’s career path. For young scientists, potential mentors exist at every stage of schooling, from high school teachers to Ph.D. advisors. But what if you’re looking for a mentor outside of your current discipline or location? Or say you’re in an advanced stage of your career and want to give back by mentoring young people?

The Lindau Mentor Hub, a project by Group Mărgineanu, helps scientific mentors and mentees from around the world connect through its online platform. The volunteer-based website is designed for high school and university students, as well as professionals at early career stages, who wish to pursue scientific research and seek professional guidance. A mentee can create an account on the platform and search the database for available mentors using fields like location, school, research area and title.

After finding a mentor, the mentee can engage in three types of interactions: ask a quick question, schedule a call or request long-term mentoring. All interaction takes places inside the platform, where it is recorded and available for later viewing in the mentoring e-library. Importantly, the project addresses three goals of the Lindau Guidelines: support talent worldwide, communicate science to society and engage in education.

The Lindau Guidelines Sciathon results were announced on Wednesday afternoon, with Group Mărgineanu nabbing first place with the Lindau Mentor Hub. Group Clifton took second place with authentiSci, followed by Group Elmiger in third for ANANSIWebinars. Congratulations to the three finalists, and a big thank you to all the participants of the first Online Sciathon of Lindau Nobel Laureate Meetings!