Science as a Tool to...
Back

Lindau Alumnus Jaouad Abdouss from Morocco is an international researcher-student at the Budapest University of Technology and Economics. In this guest post, he gives his personal recollection on his time at the 69th Lindau Nobel Laureate Meeting.

I think every Lindau Alumni has his or her own fabulous experience with the Lindau Meeting and will keep it for the rest of their lives, but mine is quite different. The story began when I was on my way home from the university. I was waiting for the tram when I saw a guy carrying a bag with the logo of the Lindau Nobel Laureate Meeting and something else writing on the bag I could not remember what it was. At that time I did not know anything about the Lindau Meetings, I did not even know that there is a city called Lindau, I never heard before that there is such an event where Nobel Laureates meet with young scientists from across the globe in order to discuss science.

Once I arrived home I started researching the “Lindau Nobel Laureate Meeting” as I saw it on the guy’s bag in the tram station. I read approximately everything I found about it, then immediately my mind started boiling and thinking about all the possible ways to be there, especially when I read that the 2019 meeting will be dedicated to physics.

In early November, I requested the nomination from the Hungarian Academy of Sciences, and I was among five young researchers who got nominated by the academy to proceed to the next stage of the selection by the scientific review panel of the Council for the Lindau Nobel Laureate Meetings. In this phase only three young scientists from Hungary were chosen to participate and I was one of them. Of course, I was so excited and happy when I received the confirmation e-mail saying that I am officially selected to attend the 69th Lindau Meeting! I was counting the days, and prepared all the questions that I am deeply interested. I did not know some of the Nobel Laureates who will participate, so I had to read about their biographies and their scientific achievements. But others I already knew a lot about, and even I met some of them before the Meeting, including Prof. David Gross, Prof. Rainer Weiss and Prof. Gérard Mourou.

30 June 2019: That’s the day I was anxiously waiting for, the beginning of an unforgettable week for the rest of my life, the week where I am going to meet my heroes as well as ambitious young scientists who will come from different corners of the globe in order to discuss and debate one of the most updated fields of study: Physics. There were 39 Nobel Laureates participating in the Meeting (28 in physics, 9 in chemistry, 1 Physiology or Medicine Laureate and 1 Peace Laureate) I really enjoyed talking to all of them. 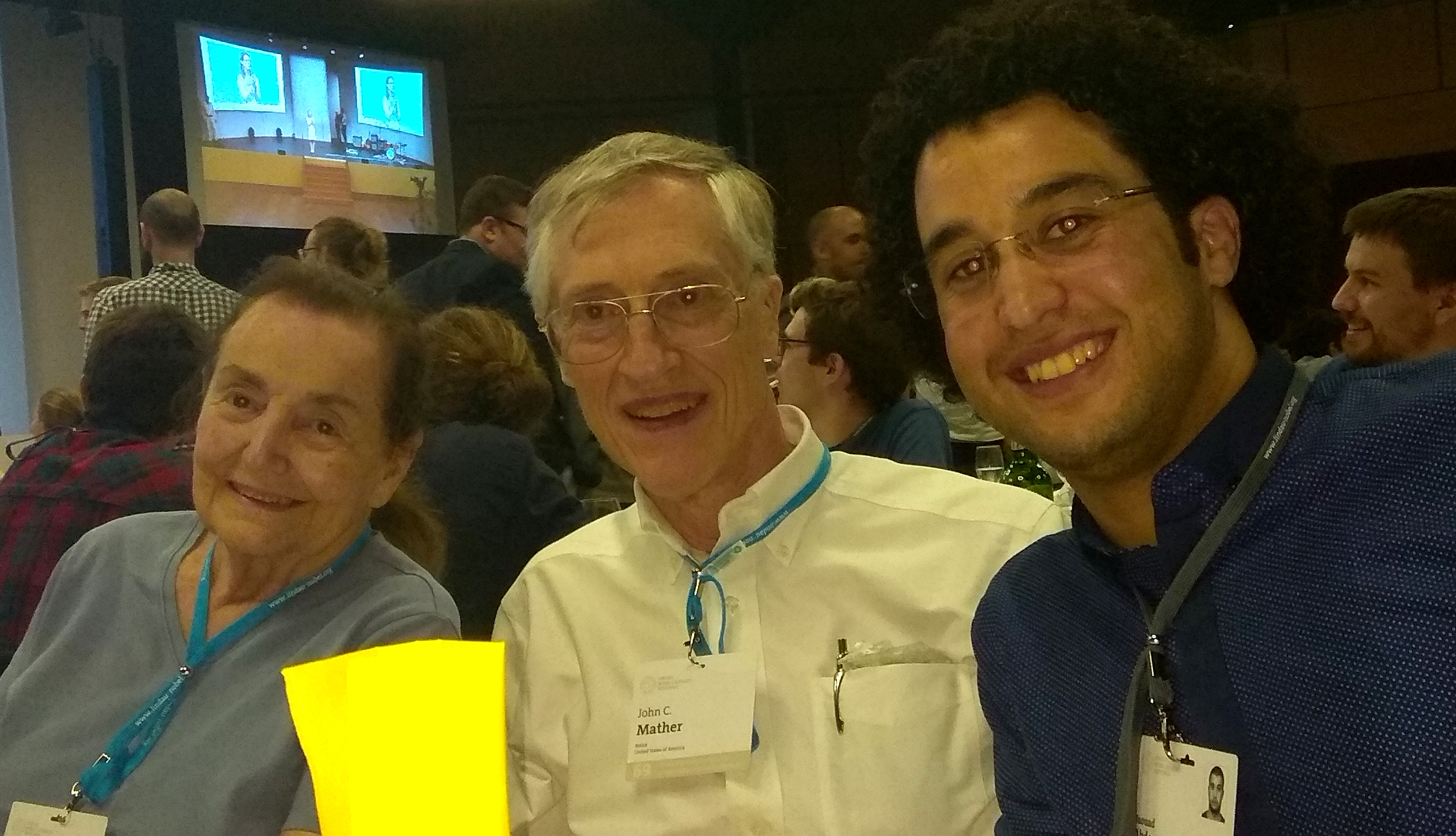 During the International Get-Together, I sat next to Professor John Mather and his wife Janet. We talked about the future of some NASA projects and his current research, he asked me about mine as well and he gave me some recommendations and advice. John is a very modest and nice person it was a pleasure to have a dinner next to him.

I also had a science walk with one of my heroes whom I really respect, Prof. Rainer Weiss. I first met him in Budapest when he was invited to the Hungarian Academy of Sciences to give a talk about the “Beginnings of Gravitational Wave Astronomy”. I learned a lot of things from him and from other young scientists during that science walk. On the third day of the meeting I had a dinner organised by the Dieter Schwarz Stiftung with Prof. Rainer Weiss, Prof. Joseph Taylor and Prof. Arthur McDonald. I sat next to Prof. Weiss and Prof. Taylor, we talked about a lot of complicated stuff in theoretical physics, like the EPR Paradox, the detection of gravitational waves, the future of gravitational wave detectors, string theory etc. It was a fabulous dinner next to these angels of science. 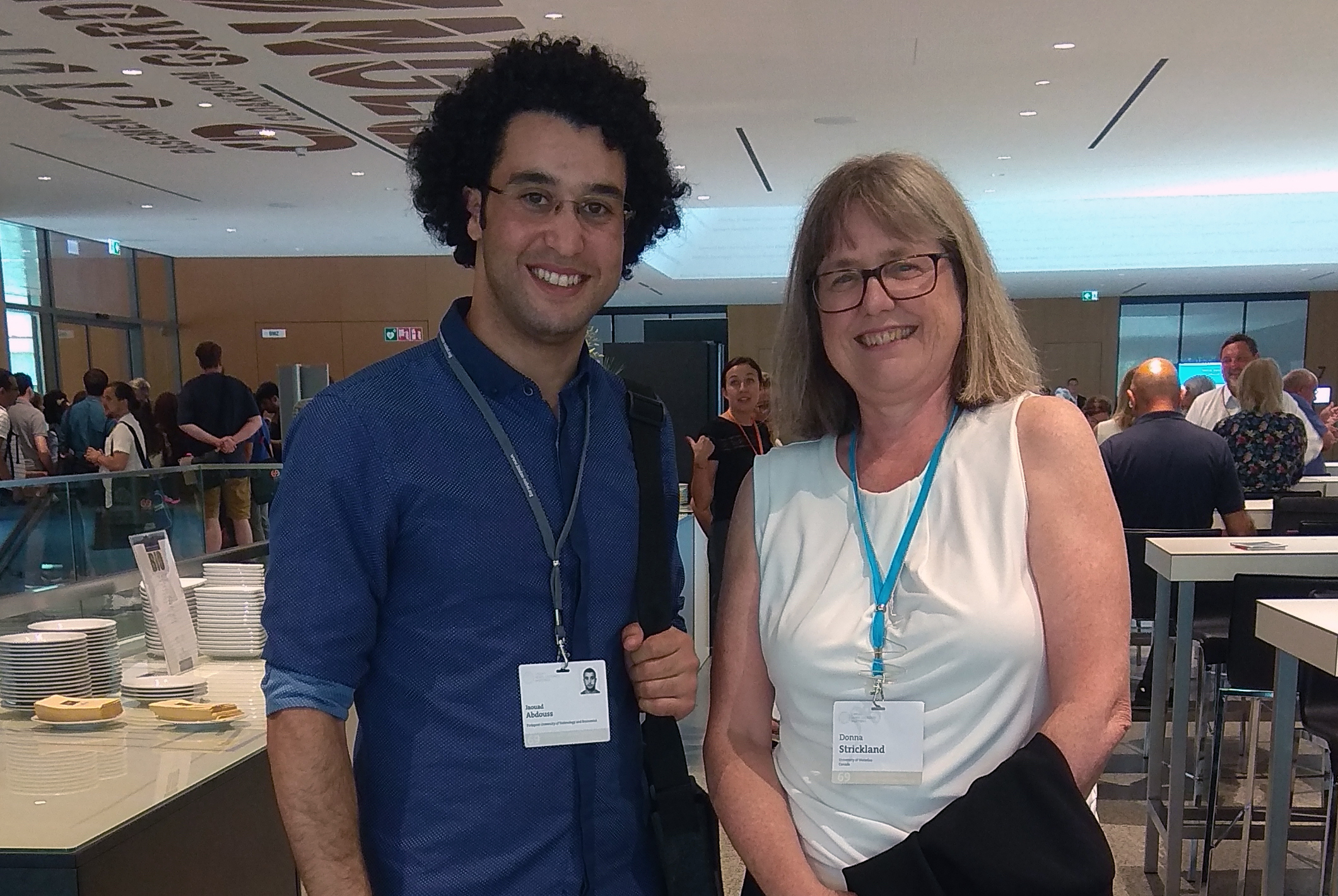 During the whole meeting I had the opportunity to talk to other Nobel Laureates as well. I was engaged with other young scientists in a conversation with Prof. David Gross about the future of particle physics and quantum gravity. I really adored that conversation, Prof. Gross could take us deeply into the fundamental particles of the universe using very elegant mathematics to explain what’s really going on. Anyone who has the chance and is interested in physics should not miss talking to the only living women laureate in Physics and only the third women in history to be awarded the Nobel Prize in Physics, Prof. Donna Strickland. It was an honour to talk to her and to listen to her talk about “From Nonlinear Optics to High-Intensity Laser Physics”.

I enjoyed all the lectures, Agora Talks, Science Walks, social events that I listened to and attended. I learned a lot of things not only from the Nobel Laureates but also from the young ambitious scientists. They were very professional, and they really know a lot about their specialisations and domains. I hoped that I could participate again and meet these outstanding people, but it’s totally understandable that other young scientists should be given the opportunity to participate as well – that’s why it is once a lifetime opportunity.
The last day of the meeting was more than fantastic, we had a boat trip to Mainau Island – or as it is locally called “Blumeninsel” (flower Island). It was gorgeous like heaven, we spent the whole day there. We had the opportunity to listen to the last lecture of the Meeting, Nobel Peace Prize Laureate Tawakkol Karman in conversation with Adam Smith. After that we all enjoyed a Science Picnic on the arboretum lawn of the island. 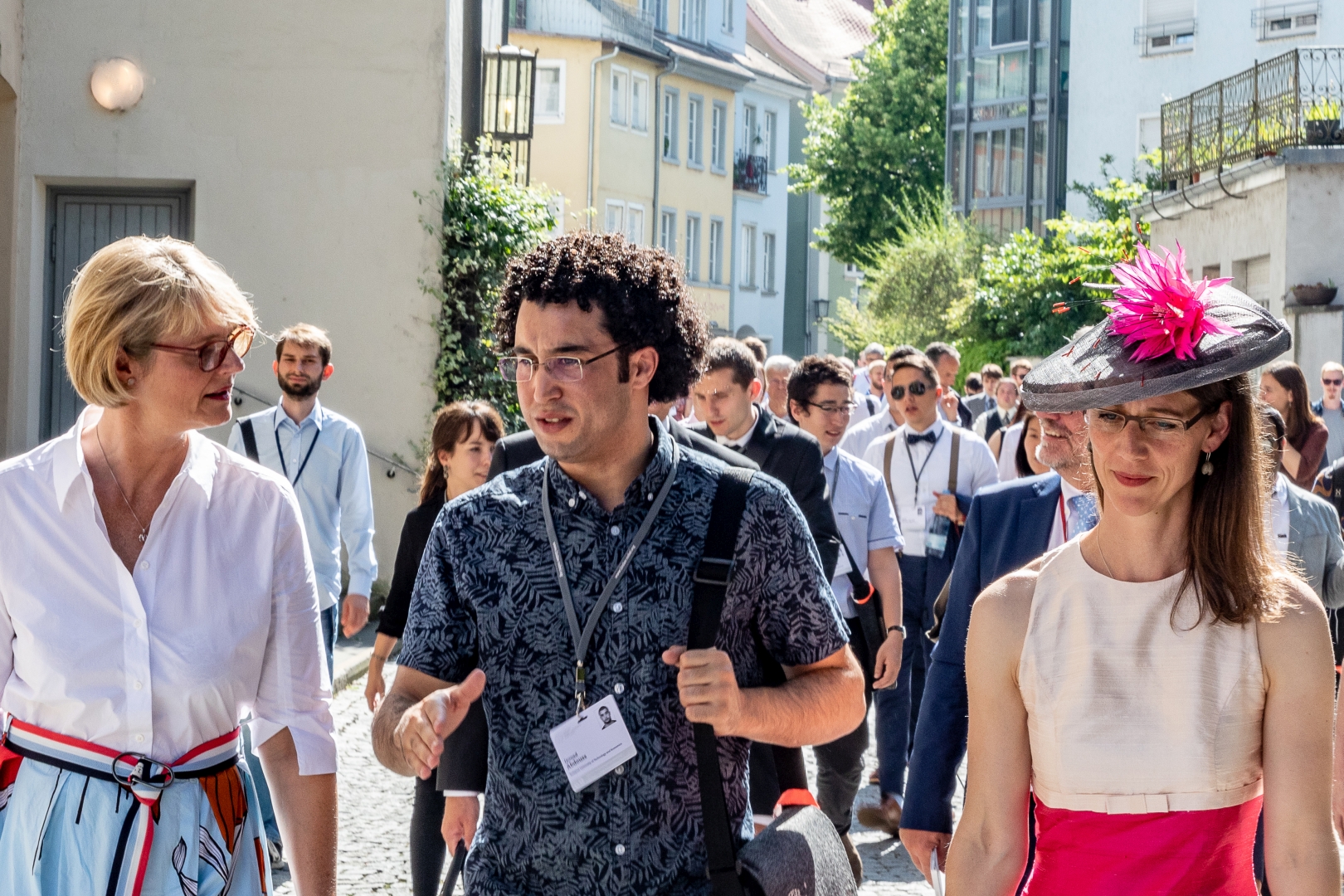 Last but not least, the Lindau Meeting was really once-a-lifetime occasion which will be engraved in my mind for the rest of my life, I learned a lot of useful things from wonderful people, I learned also that science is a tool to unify people, a weapon against ignorance and the only way to be a free person who thinks logically and rationally. It is the only rocket that can take us away from human stupidity and traditional beliefs. I always keep in mind one thing “Never stop asking questions, never stop looking for answers”. With these modest words I would very much like to thank Countess Bettina Bernadotte, all the members of the Council and the Foundation Lindau Nobel Laureate Meetings. I would like to thank all the inhabitants of the city of Lindau for their beloved welcome. 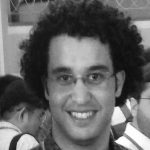 Lindau Alumnus Jaouad Abdouss from Morocco is an international researcher-student at the Budapest University of Technology and Economics. He participated in the 69th Lindau Nobel Laureate Meeting dedicated to physics in 2019.