A Happy Marriage, a Peaceful...
Back

In 1895, Alfred Nobel established the Nobel Prize in five subjects: Chemistry, Literature, Peace, Physics, and Physiology or Medicine. Over 70 years later, Sweden’s central bank added the The Sveriges Riksbank Prize in Economic Sciences in Memory of Alfred Nobel, informally known as the “Nobel Prize in Economics.” Noticeably absent from the list of awarded fields is mathematics, and although many have speculated why, Nobel himself never gave a definitive reason for this.

Every year, one of the Heidelberg Laureates gives a crossover lecture at the Lindau Nobel Laureate Meeting to help foster the connection between the two forums. On Wednesday evening of the Lindau Meeting, American cryptologist and Turing Award Laureate Martin E. Hellman spoke about the risk of nuclear weapons, what makes for a strong marriage — and how these two seemingly disparate topics are actually closely related. 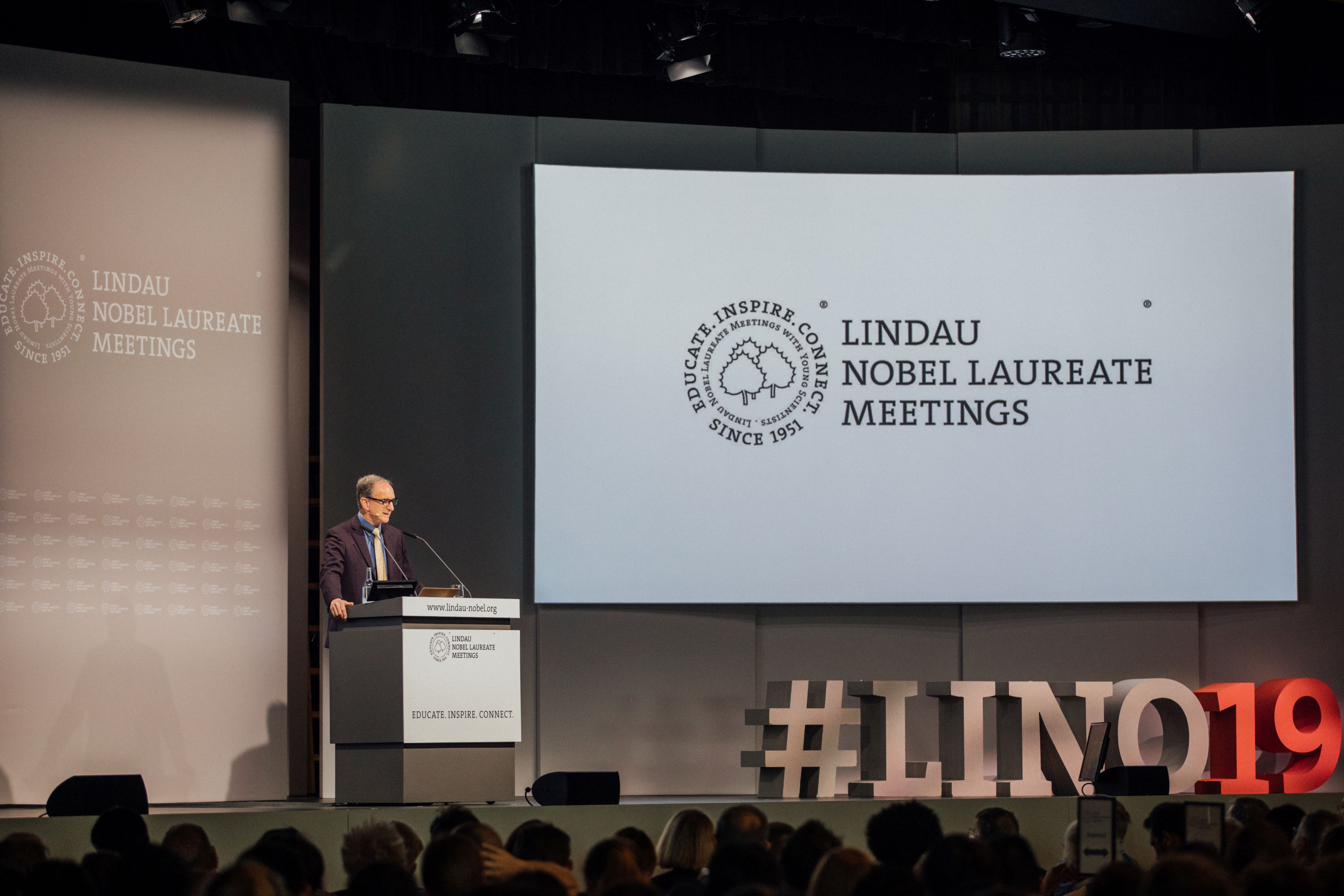 Hellman, along with Whitfield Diffie and Ralph Merkle, invented public key cryptography in 1976. The Diffie-Hellman key exchange was the first widely used method of safely developing and exchanging keys over an insecure channel. It is still frequently implemented today and laid the foundation for the encryption algorithms used to transfer trillions of dollars on a daily basis over the internet.

“The title of my talk is ‘The Technological Imperative for Ethical Evolution’, and that can sound a little bit dry,” said Hellman. “So I should tell you, I was tempted to make the subtitle, ‘How I Screwed Up, and How To Avoid It.” And that’s what you’re going to hear tonight.“

He organised his talk in the form of eight lessons that he learned the hard way — in other words, by making a mistake — and how they shaped his perspective on the world.

The first lesson involved the U.S. National Bureau of Standards, or what is known as the National Institute of Standards and Technology (NIST) today, establishing a national data encryption standard with a 64-bit key in 1975. Hellman and Diffie discovered a major flaw in the algorithm that made the system less secure and tried to alert the government. After a lack of response, they began to realise that the National Security Agency (NSA) did not want a publicly available cryptographic system that they could not break.

“So Whit and I decided to go public with this. In fact, we were given the advice that we’re not going to change it by writing letters to the government. We had to get Congress involved, we had to get the media involved,” he said. “As we’re getting ready to do this in January 1976, and I remember this meeting well, two NSA employees flew out from Maryland to California to talk to us and said, ‘If you keep talking this way, you’re really going to hurt national security.’”

Hellman had to choose between the fame and attention he would receive from exposing this security flaw, versus the preservation of national security. The lesson he learned from this incident is the ease in which he can fool himself into believing his actions were justified, when in reality, they simply weren’t very ethical.

Another lesson came out of his introspective thoughts about his marriage. After his first ethical dilemma with the National Bureau of Standards, Hellman made a point to regard even minor ethical lapses as unacceptable. For instance, he made a vow to love his wife through good times and bad, so why was he mistreating her during the bad times? 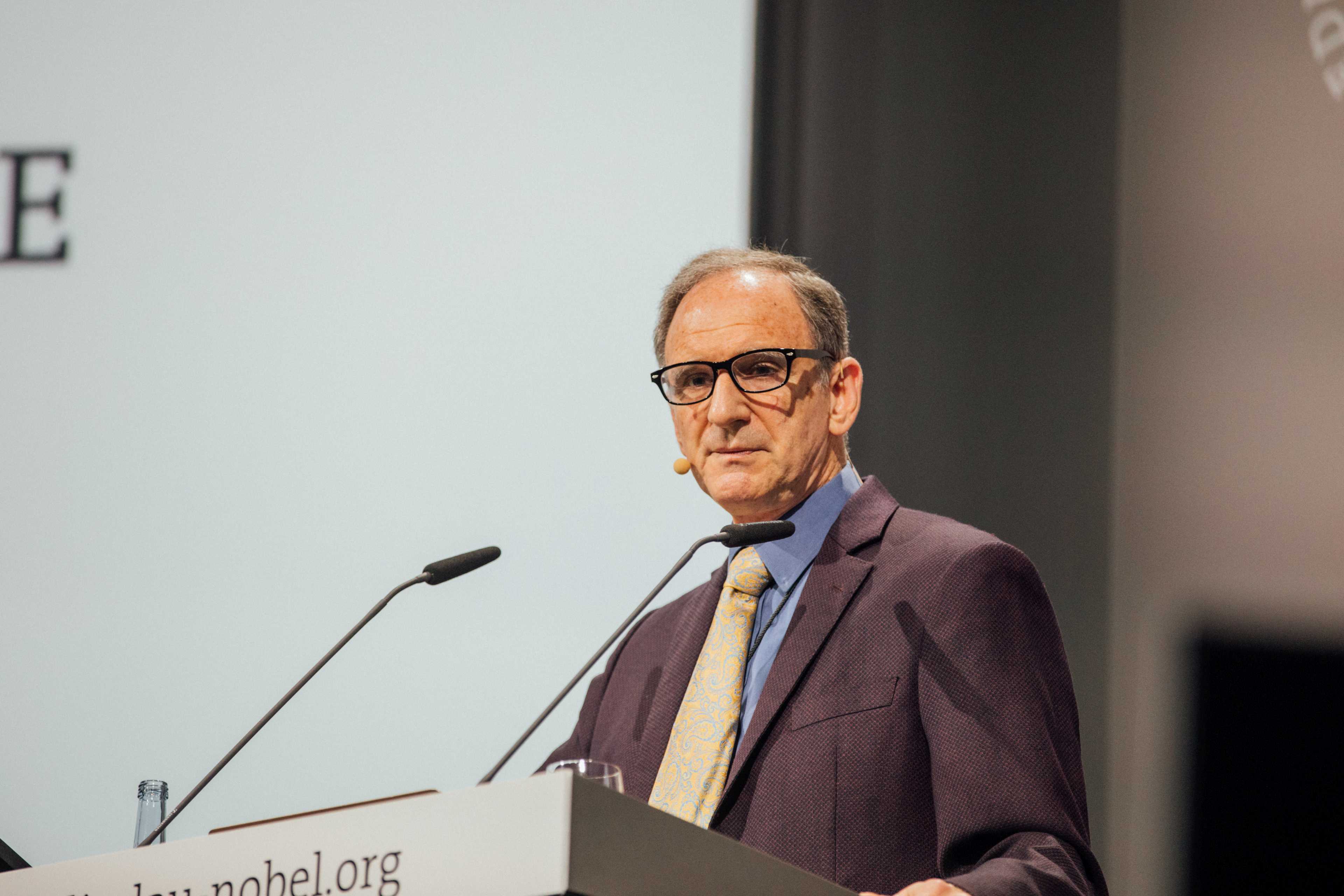 “What happened is, I started getting practice daily with opportunities to become more ethical in my personal relationship and my relationships at work,” said Hellman. “The big ethical decisions come too infrequently for us to become proficient.”

Hellman and his wife Dorothy wrote a book, titled A New Map for Relationships: Creating True Love at Home & Peace on the Planet, about how to create a loving marriage by adopting certain principles like holistic thinking and compassion. They also note that the same tools can also create peace instead of war on a global scale. They were close to divorce forty years ago and turned their relationship around by, among other things, ‘getting curious instead of furious.’

The lecture ended with a discussion about the risk of nuclear war. While society acts as if the risk is minimal, Hellman believes it could be as much as 1% per year. He asked the audience to imagine a person with a vest full of explosives sitting next to you in the auditorium, with one detonator in Washington, D.C. with President Trump and the other in Moscow with President Putin.

“Why, just because we can’t see the weapons controlled by those buttons, have we as a society sat here for 50 or 60 years complacently assuming that because the Earth’s explosive vest has not yet gone off, it never will?”, asked Hellman.

But there is a silver lining to the dark, looming cloud of nuclear risk. His final two lessons remind us that hope does exist for humanity becoming more ethical, and we can all play a role in this shift. If Hellman himself can change for the better and act more ethically, then so can other people and even whole nations. For example, although the threat of nuclear war still exists, the world’s nuclear arsenals have fallen 80 percent — from over 70,000 nuclear weapons in 1986 to only 14,000 today.

“So in conclusion, I’ve talked mostly about developing our thinking about nuclear weapons… But most of the ideas in today’s talk carry over to climate change and the other threats that we face”, he said. “All eight lessons for ethical evolution also apply to personal relationships. That’s where I got started with my wife, and that’s still where I see the most immediate benefits. I can’t tell you any nuclear weapon I got rid of, but I can tell you that I stopped fighting with my wife.”