Few things are constant in life, and food is most certainly one of them. At the 2019 Lindau Nobel Laureate Meeting citizens of Lindau and meeting participants – Nobel Laureates as well as young scientists – gathered in the lovely Toskana Park for one of the simplest pleasures of life: a barbecue.

The symbolism is remarkable. You usually have a barbecue with your friends and family – and at the Grill & Chill, the crowd felt just like one big group of friends. You could talk to anyone about anything, everything was informal, casual, and fun.

This atmosphere of internationality and tolerance is also supported by the host families programme in Lindau. For eleven years already, volunteer host families from Lindau and the surrounding areas have welcomed young scientists from all over the world. This programme allows young scientists to experience Lindau, its people, and its culture first-hand, often creating long-lasting friendships. Brigitte Trojan and Hans Schweickert, who have been hosting young scientists for eight years, say they love this opportunity. They are also happy to stay in touch with their guests after the meeting (take note, young scientists).

“You never know who you will get, it’s like a Christmas gift,” Brigitte says. “I am so happy when they write a letter to us, but I understand they are very busy doing science,” she adds in heartwarming manner.

Across the table, a couple of Afghani refugees don’t speak English, but they converse in perfect German. They’ve been in Lindau for a few years and they love it. Their three-year-old daughter speaks German as a native language. She’d rather play than eat, spreading contagious energy as she runs around. 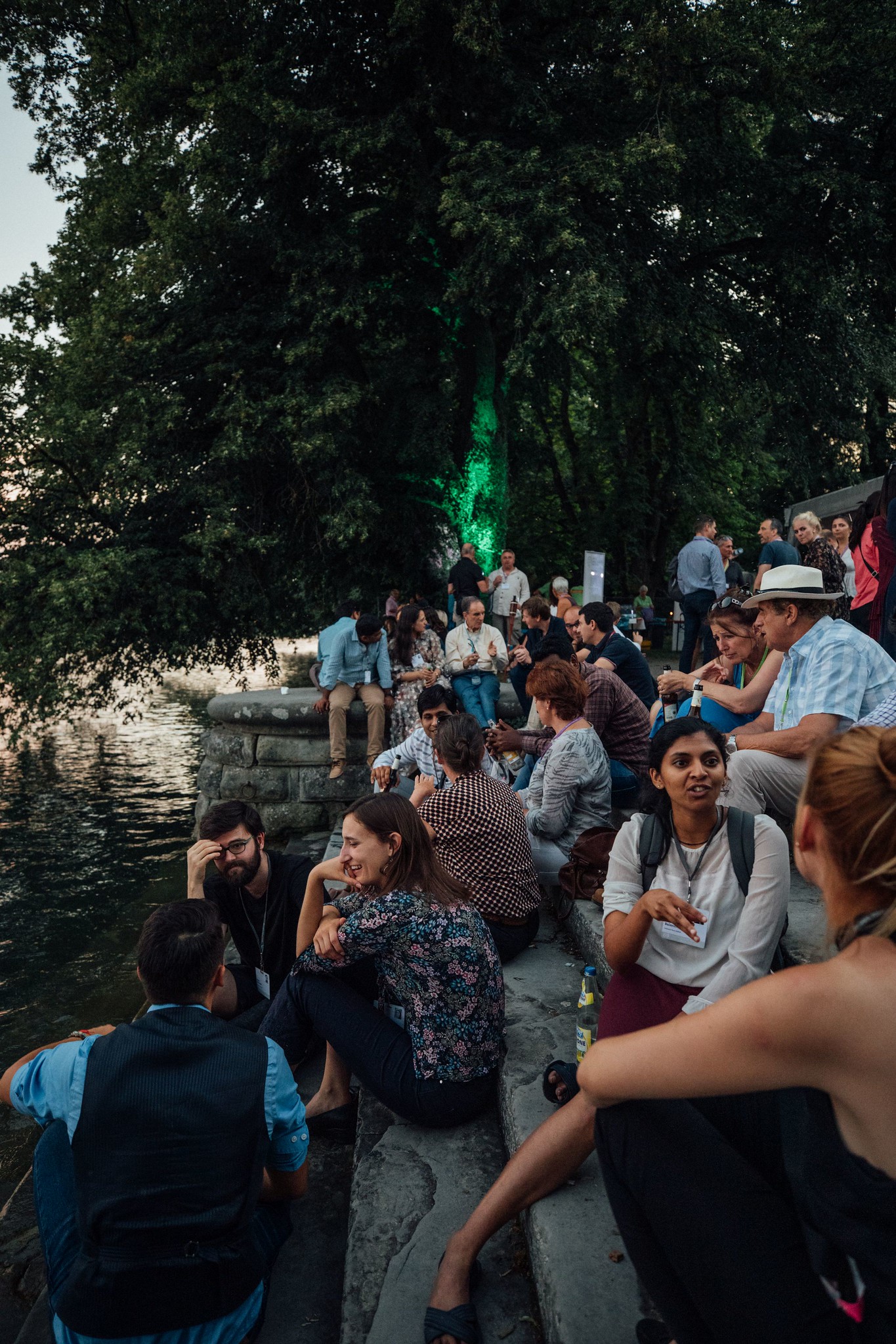 Meanwhile, other people were more interested in the food. Making fresh grill for a thousand people is no easy feat, and the queues snaked around the wooden benches. Some went straight for the Bratwurst, others preferred to have a drink and wait until the queue was smaller. Although it’s safe to say that most people in Lindau are aware of the Lindau Nobel Laureate Meetings, many guests were participating in the Grill & Chill for the first time. It was a great opportunity to spread the word about the meeting and further propagate its message. This was not without effect, and it wasn’t long before children at the event were asking questions about what it’s like to be a scientist and what they need to do in order to become one. Who knew a barbecue can be so good at getting children interested in science?

Close by, Nobel Laureates such as Duncan Haldane, Bill Phillips, Serge Haroche and their families were also enjoying the atmosphere. It’s not every day that you get to crack jokes and discuss with Nobel Laureates in an informal way, but this is exactly what makes it so special: everyone is engaging with everyone, and this is what we need more of in the world, particularly in today’s context. In the age of rising nationalism, where scientists and experts are sometimes cast aside by populists, showing the world that scientists are just as good-natured and human as everyone else is an important matter. At #LINO19, that’s exactly what’s happening: the human side of science shows up in spades, and everyone can relate to that.

All around the park, conversations flowed like water. The interesting part is that the more participants talked, the more they came back to common themes like science, culture, society as a whole – a great reminder that our similarities are much larger than our differences. People were acutely aware of rising populism and disinformation and wanted to combat these trends, something which was uplifting. Again, food was a great unifier: what better way to bring people together? 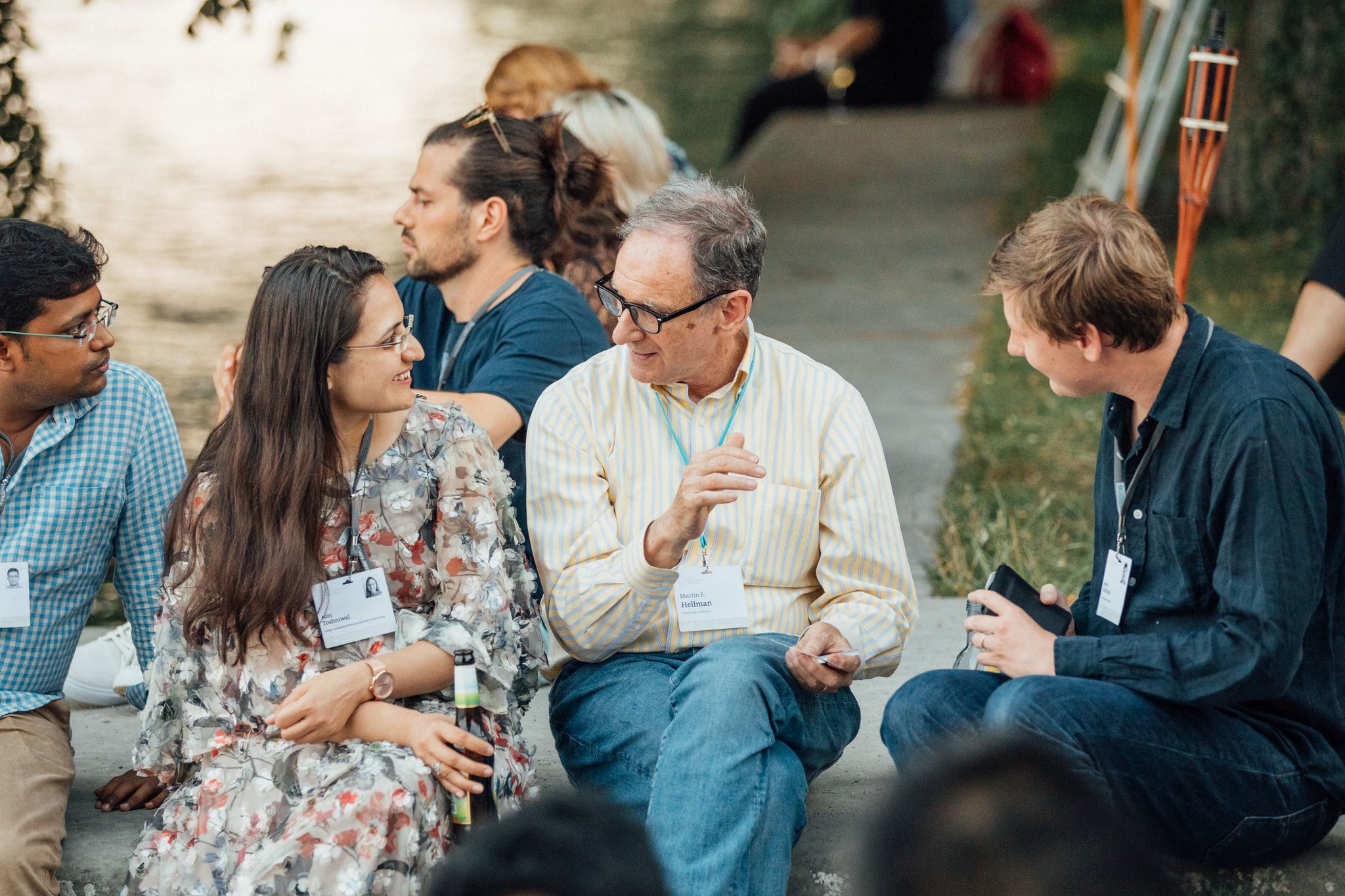 Journalists were also invited at the event. Behind the scenes, some worked hard to record and film the event, while others scrambled for a last-minute interview. Meanwhile, others just chose to absorb the air of the event, enjoying the unique setting and meaningful discussions.

In true Lindau Spirit, sustainability was an important topic, and that was clearly visible at this social event. There was no plastic in sight, and waste was kept to a minimum. The food options also reflected this: aside from the traditional Bratwurst and chicken, there were also delicious vegetarian options and salads (which should be present in every respectable barbecue). The money raised from tickets at the event was rounded up by the organisers and donated to the Mentor Foundation Germany, a youth support group, and the Degermoos marshland renaturation project – which is a great way to offset the CO2 emissions produced by traveling to the event.