Autographs vs. #NobelSelfie
Back
Meeting Participants Renata Gomes and Adam Spencer had a Nobel Laureate Fan Competition. Find out who won! For people attending a Lindau Nobel Laureate Meeting for the first time it is often a surprise how approachable and fun-loving the Laureates actually are. But once the surprise has set, the big hunt for autographs and pictures begins.   Young Scientist Renata Gomes had the idea to transform her meeting bag into a wearable autograph card and started to collect signatures from this year’s Nobel Laureates. When we heard about this we posted a photo of her and Martin Chalfie on Facebook to encourage her on the quest of collecting as many Laureate autographs as possible.   Australians are widely known for being easy going –  Sidney University’s science ambassador and self proclaimed geek Adam Spencer however felt the fire of competition inside of him when he heard about Renata’s autograph hunt. He had already started a #lnlm14 Twitter craze with a series of Selfies with Nobel Laureates and now wanted to know who the better ‘hunter’ was.   The Lindau Blog Team decided to host this fierce battle of Nobel fandom for the whole community to enjoy. So let the battle begin! 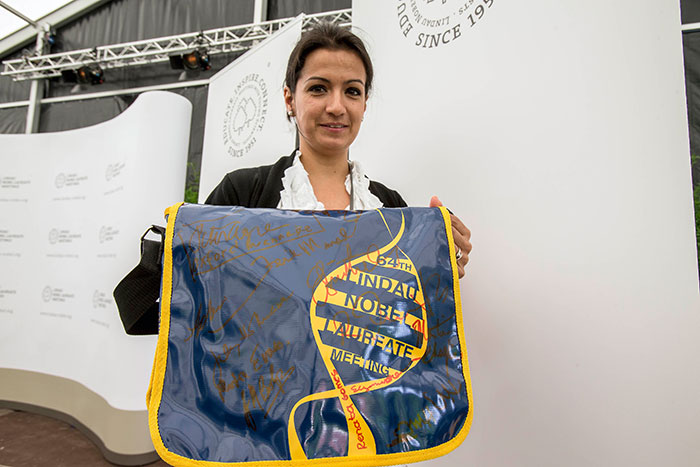 In the end Renata managed to get over 20 autographs on her bag making it the most scientific and fashionable autograph card of the year. 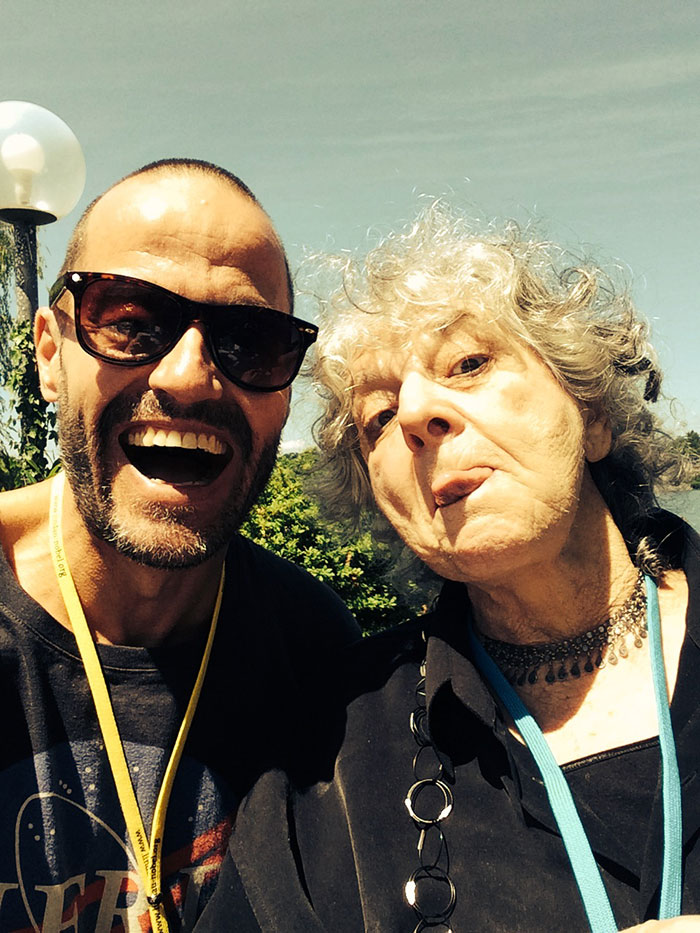 Adam Spencer on the other hand succesfully got over 30 selfies with Nobel Laureates. To see them all go to his Twitter: https://twitter.com/adambspencer.   Therefore we hereby declare Adam Spencer the winner of the competition! Congratulations, Adam! Renata fought bravely but in the end Adam showed his killer instinct and scored the victory.   The Lindau Blog Team wants to thank both competitors for letting the community join in on this entertaining battle.