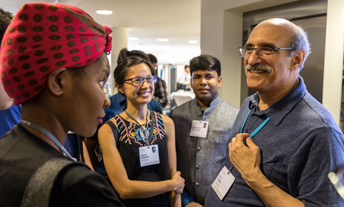 Once every year, around 30-40 Nobel Laureates convene in Lindau to meet the next generation of leading scientists: 600 undergraduates, PhD students, and post-doc researchers from all over the world. The Lindau Nobel Laureate Meetings foster the exchange among scientists of different generations, cultures, and disciplines.

The scientific programme of each Lindau Meeting is based on the principle of dialogue. The different sessions – lectures, discussions, Master Classes, and panel discussions – are designed to activate the exchange of knowledge, ideas, and experience between and among Nobel Laureates and young scientists.

The lectures held at the Lindau Meetings are not only educative, but highly inspirational, motivating, and memorable. Nobel Laureates take centre stage to address current research findings, to elaborate on their own historical achievements, or to raise awareness of fundamentally important issues.

The Agora Talks feature one or two Nobel Laureates and a moderator, discussing a topic of the laureate’s choosing. Participants are given the opportunity to ask questions in an open forum setting. This format is especially suitable for controversial and new topics.

At the Lindau Meetings, each lecturer also chairs an open exchange session — accessible exclusively to the young meeting participants. The intimacy, informality, and frankness that mould the atmosphere of these discussions allows for personal questions, controversial reflections and in-depth specialist analyses.

The Master Classes are rooted in the principles of mentoring and mutual learning. At each meeting, select participants are given the opportunity to present their current research work to a Nobel Laureate in order to receive feedback and advice. The subsequent discussions, involving the audience, are marked by a high level of professionalism and specialisation.

High-profile panel discussions embracing topical and meaningful issues are an integral component of the Lindau Meetings. With Nobel Laureates engaging actively in the debates, these panels provide the floor with a profound survey of the state of affairs in challenging fields of research.

Thirty selected young scientists are given the opportunity to present their research in front of Nobel Laureates and the other meeting participants during the Poster Session. In addition, all poster presenters give a two-minute ‘Poster Flash’, in which they explain their research in a concise way.

The Lindau Meetings offer a great variety of options for partner events, such as the Science Pitch or Partner Breakfasts. Since 2018, the Lindau Meetings host their own Science Breakfast, stimulating lively debates by all meeting participants at various breakfast tables.

During a Science Walk, Nobel Laureates spend their time exploring picturesque spots in Lindau and its surroundings together with ten young scientists. It is yet another opportunity for personal and informal discussions.

During a Laureate Lunch, a Nobel Laureate sits together with up to ten young scientists at a local restaurant in Lindau to talk informally over lunch.

The ‘Life Lecture’ intends to cover the life experiences of a Nobel Laureate rather than a scientific topic. It is designed to motivate and inspire the young audience and numbers among the emotional highlights of the Lindau Meeting’s lecture programme.

The Lindau Meetings take place in the conference venue Inselhalle that was reopened in 2018 after two years of extensive modernisation. A large event area with breakout rooms, a generous foyer as well as the modern technical equipement enables innovate programme formats – such as the Agora Talks or the Science Breakfast.


Location of the Inselhalle

Every year the Council and the Foundation publish an annual report which provides an in-depth overview of all activities.

All Annual Reports since 2005 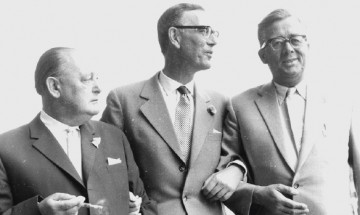 Since their beginnings in 1951, the Lindau Meetings have evolved into a unique international forum for scientific exchange. It was the two Lindau physicians Franz Karl Hein and Gustav Wilhelm Parade who approached Count Lennart Bernadotte af Wisborg of nearby Mainau Island to jointly develop and implement the idea that marked the start of a long and continuing history.

Count Bernadotte – a grandson of King Gustaf V of Sweden – had excellent connections to Stockholm. Especially due to his efforts, seven Nobel Laureates agreed to participate in the first “European Meeting of Nobel Laureates in Medicine” held at Lindau in 1951. This extraordinary meeting was conceived as a European initiative of post-war reconciliation among scientists.

The initial success led to the establishment of periodic meetings of Nobel Laureates in Lindau, dedicated alternately to the Nobel Prize disciplines physiology or medicine, physics, and chemistry. Already back in 1953, the decision was made to have undergraduates, PhD students, and post-doc researchers join the dialogue. In 2004, the first of the additional regular Lindau Meetings on Economic Sciences was held. 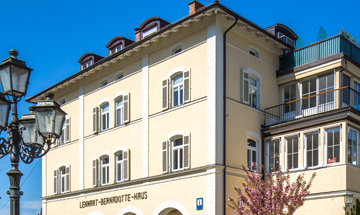 The Lindau Nobel Laureate Meetings are jointly organised by two institutions – the Council and the Foundation. They act in concert to warrant the continuity of the meetings and to advance their constant development.

Through their membership in the Founders Assembly, Nobel Laureates demonstrate their strong support of the Lindau Meetings and entrust the Foundation with the consistent further development of Lindau’s intergenerational dialogue. To date, 350 Nobel Laureates constitute the assembly.

The most prestigious committee of the Foundation Lindau Nobel Laureate Meetings is the Honorary Senate. Its members function as advisors to the board and distinguished ambassadors for the cause of the Lindau Meetings.

Martin T:son Engstroem
Founder and Managing Director of the Verbier Festival and Academy

Chairman of the Board of Rolex SA

Walter B. Kielholz
Chairman of the supervisory board and former CEO of Swiss Re

Pamela Mars
Member of the Board of Directors of Mars, Inc.

Angela Merkel
Chancellor of the Federal Republic of Germany

Ferdinand K. Piëch (†)
Former Chairman of the Supervisory Board of Volkswagen AG

Thomas Schmidheiny
Member of the Board of Directors of LafargeHolcim Ltd

Tony Tan
President of the Republic of Singapore 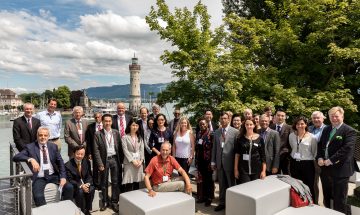 The Lindau Meetings cooperate with more than 200 of the most renowned science and research institutions worldwide to identify the most qualified participants. In the majority of cases, young scientists have to be nominated by these academic partners in order to be able to apply for participation.

The cooperation with academic partners in about 65 countries is a cornerstone of the on-going internationalisation process of the Lindau Meetings. The network is continuously expanded. By means of memoranda of understanding, both sides commit themselves to connect and promote aspiring young scientists worldwide.

Academic Partners for the 7th Lindau Meeting on Economic Sciences