7 Telescopes that make every...
Back

Telescopes have come a long way. From the first refracting telescope designed by Hans Lippershay, Sacharias Jansen and Jacob Metius of Alkmaar in 1608, which used 2 small pieces of glass to magnify objects, to Sir Isaac Newton building the first reflecting telescope, which used mirrors instead of lenses (with a lens diameter of 2 inches, or 0.05 m), in 1668, to the Leviathan of Parsonstown, which was a 72 inch telescope (1.8 m) telescope build in Ireland in 1845, telescopes have just been getting bigger and bigger. Now, we stand on the brink of another revolution in telescopes, as construction of the world’s first 30-40 meter class optical telescopes is well and truly under way. But where do we currently stand? What are the best telescopes that are still performing science in the world?

First, a note on how we build big telescopes. Typically, the smallest telescopes are 2 lenses, one in front of the other. However, if you make a lens too big, it can sag, since glass is a liquid and can deform. The largest telescope ever built, using lenses, is 40 inches, or about 1 meter. If you want bigger than this, then you use mirrors in your telescope instead. Mirror telescopes work up until 8.4 meter (see number 2 on our list). Above this size, the mirrors themselves become too heavy and begin to deform, making single mirror telescopes bigger than this impossible. So above 8.4 meters, we use segmented mirrors, where you make your mirrors in the shape of a hexagon, typically with a side length of  1 meter. You then stitch all of these mirrors together to make a telescope…well…as big as you want! So in the title of each telescope below, it states whether the telescope is a single mirror or segmented, and the approximate cost of building the telescope in 2016 dollars. 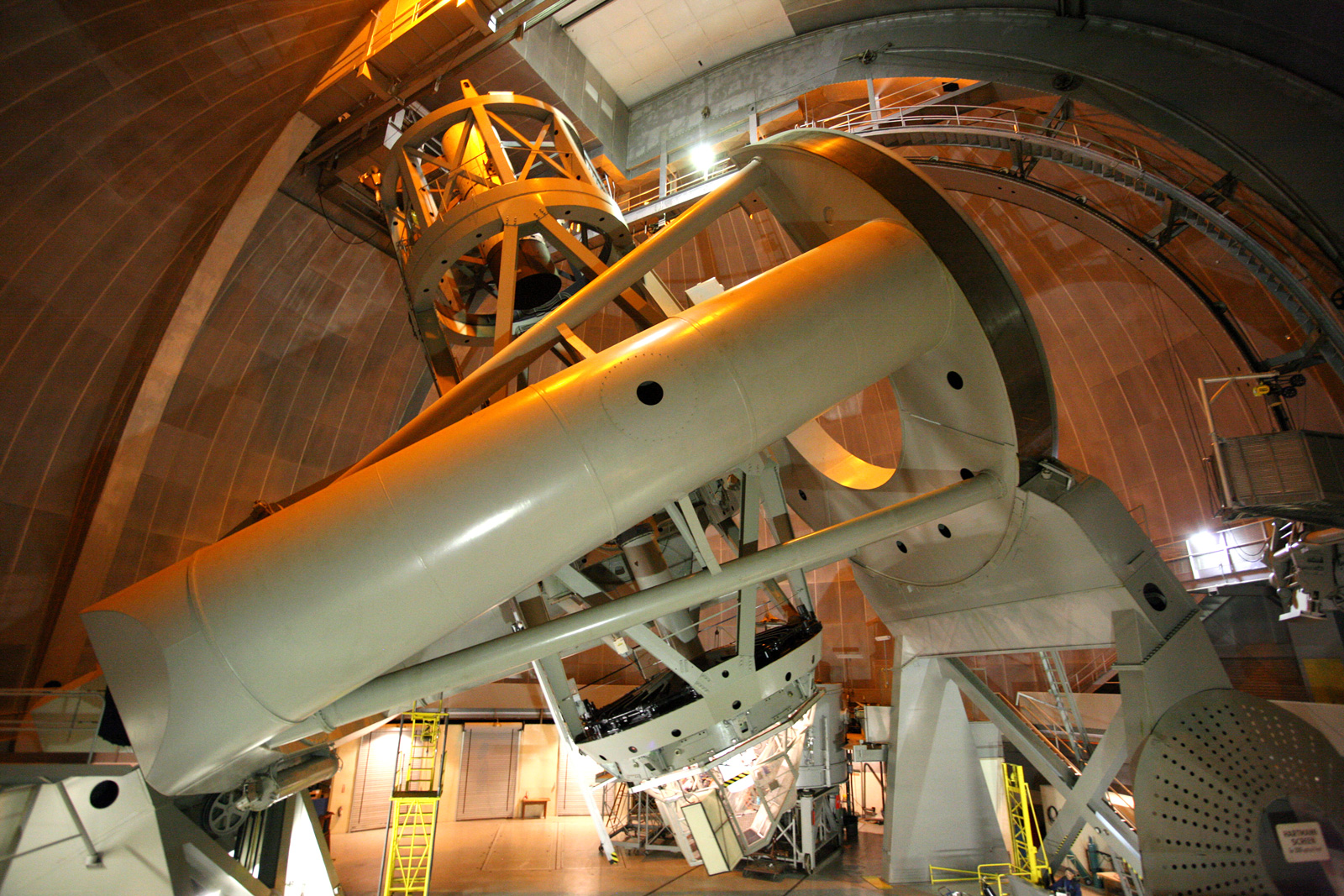 In 1947, the largest optical telescope in the world was 2.54m. In 1948, with the completion of the 200-inch Hale telescope, it was 5.08m. That size of a jump, doubling the size of the diameter of a telescope, had never happened before, and hasn’t happened since. It’s because of this that the Hale Telescope makes our list (not to mention it’s significant scientific contributions, such as refining the distance to Andromeda and accurately measuring the expansion rate of the Universe). Bonus points for its very unique design. 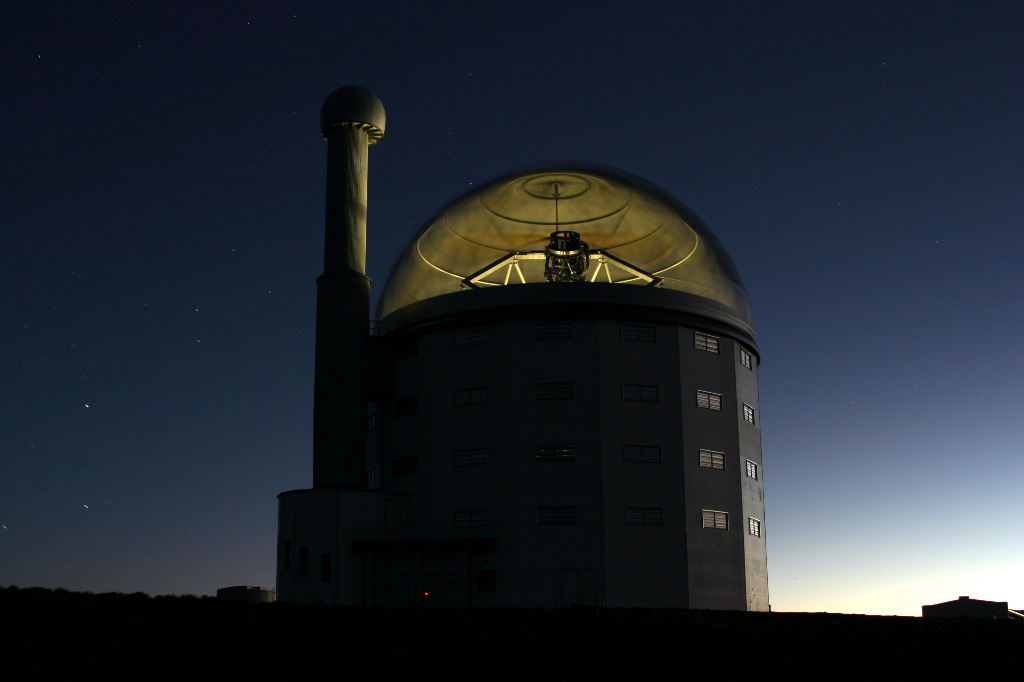 SALT is such a strange telescope, and very hard to position on this list. With a primary mirror which is 11 meter X 9.8 meter made up of 91 one meter hexagonal segments , it’s currently the 5th largest optical telescope in the world, and the largest in the Southern Hemisphere. My reason for not putting SALT higher in the list is due to its design. SALT was built following the same blueprint as the Hobby-Eberly Telescope, which means it’s primary mirror cannot adjust its azimuth. Which means SALT can only view a narrow strip of the sky. This limits the scientific contribution of SALT, but also dramatically decreased the cost of building a 10 meter class telescope (SALT cost $45.35 million for construction and the first 10 years of operation, compared to the 10.4 meter Gran Telescopio Canarias, which cost $200 million to build!). 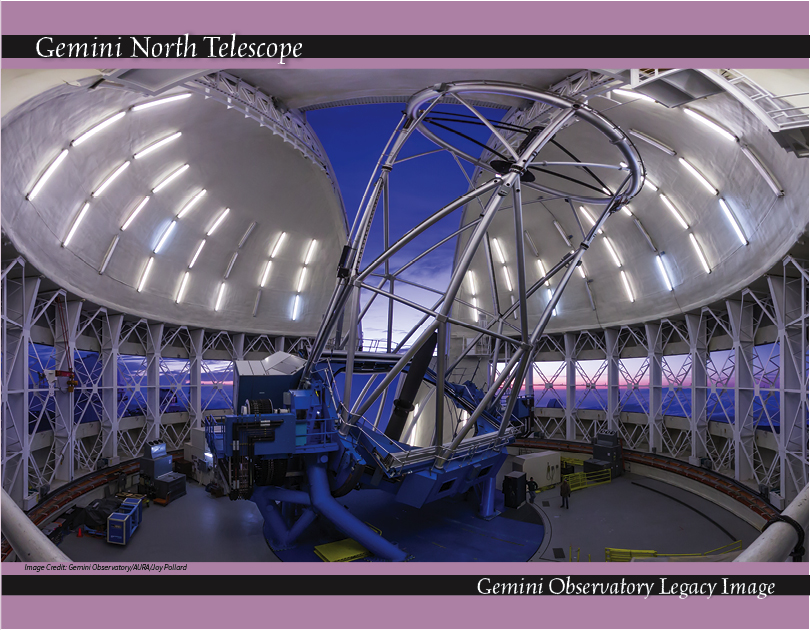 The inside of Gemini North, on Mauna Kea, Hawaii (credit: Gemini Observatory/AURA/Joy Pollard)

The Gemini telescopes are twin 8.19 meter telescopes. Gemini North is located in Hawaii, while Gemini South is located in Chile. Unlike SALT, and the other 10 meter class telescopes, the 8.19 meter mirrors in both telescopes are not segmented – that is, the mirrors are a single piece of material! This is truly exceptional, as these mirrors are pushing the limits to how big you can make a mirror before it begins to sag and tear itself apart. The mirrors are also coated in silver, instead of the more traditional aluminium. This gives Gemini a distinct advantage when observing in the mid-infrared. In operation now for 16 years, both telescopes have contributed significantly to astrophysics. 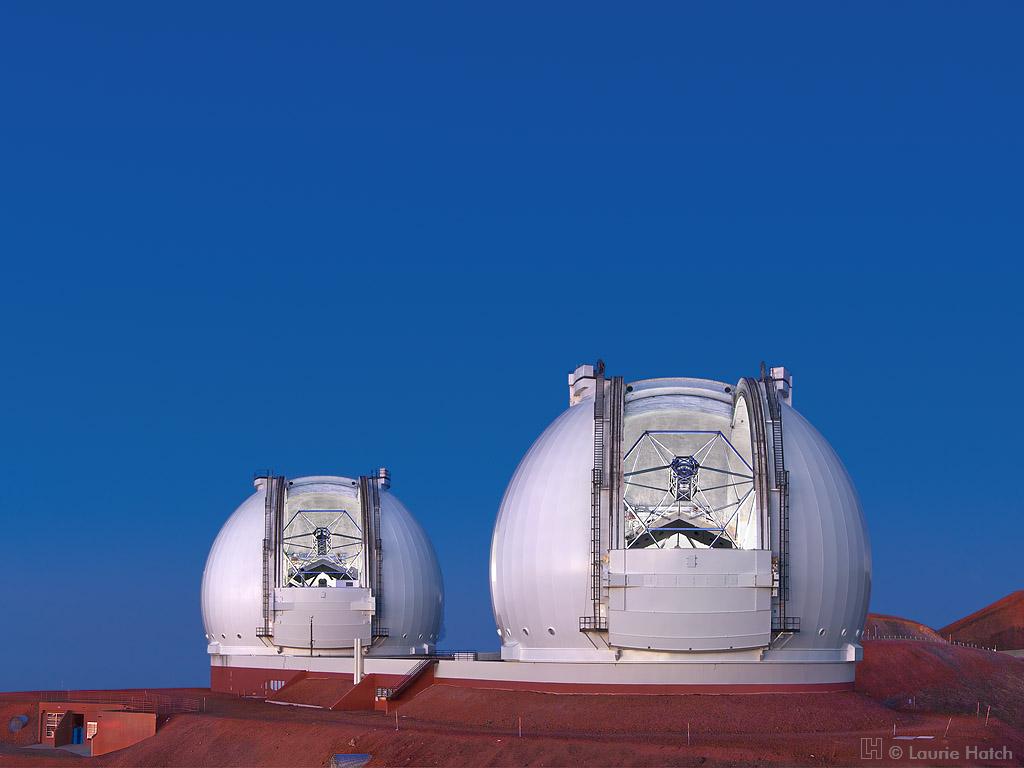 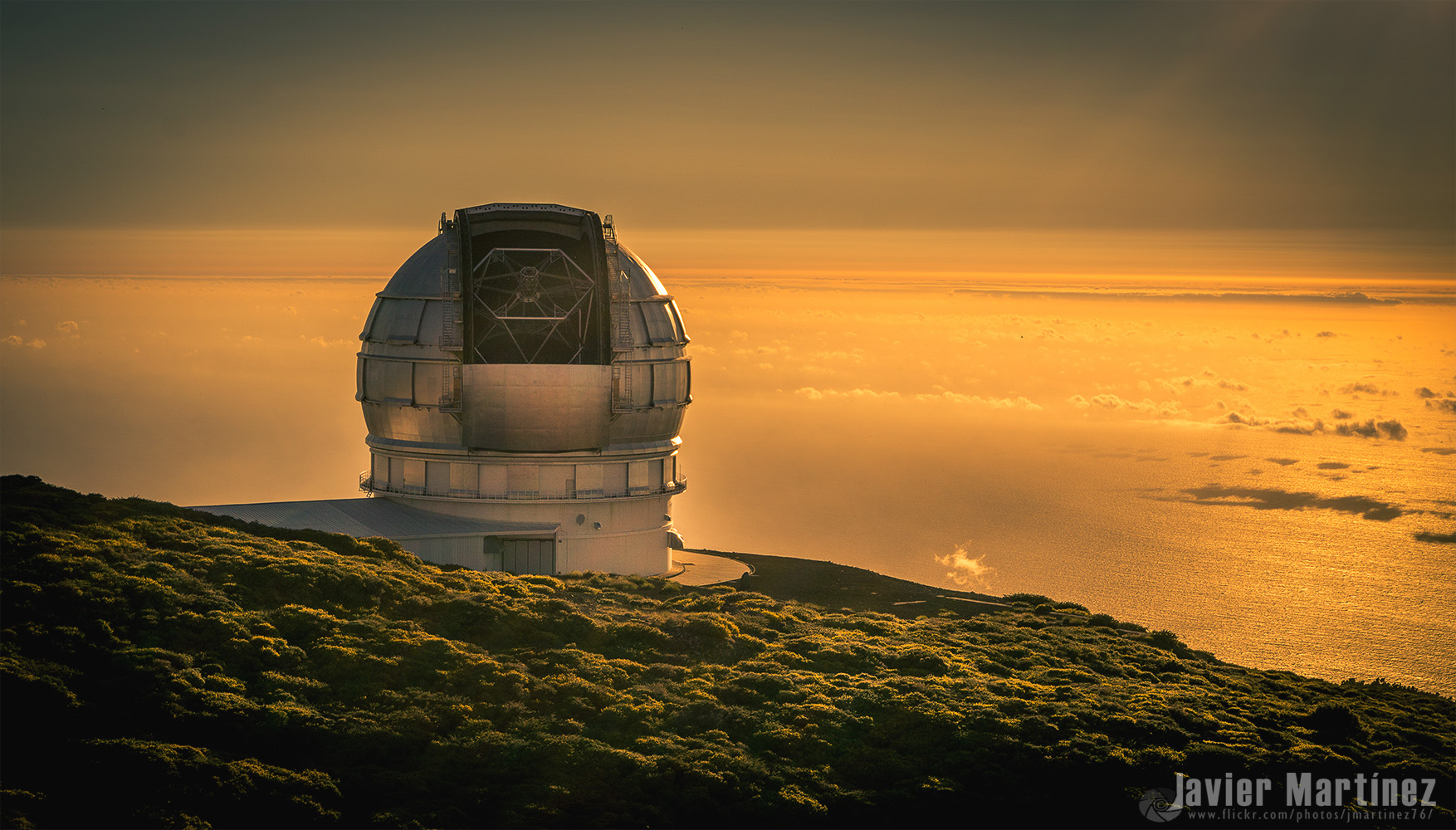 No trickery. No cheating. Just brute force. The GTC is the largest optical telescope in the world, with a whopping diameter of 10.4 meters, which is why it ranks so high in this list. Strictly speaking, this telescope is still being commissioned, as many science instruments still have to be finished and attached to the telescope. But once it’s up and running fully, it promises to shed light on many mysteries of the Universe. 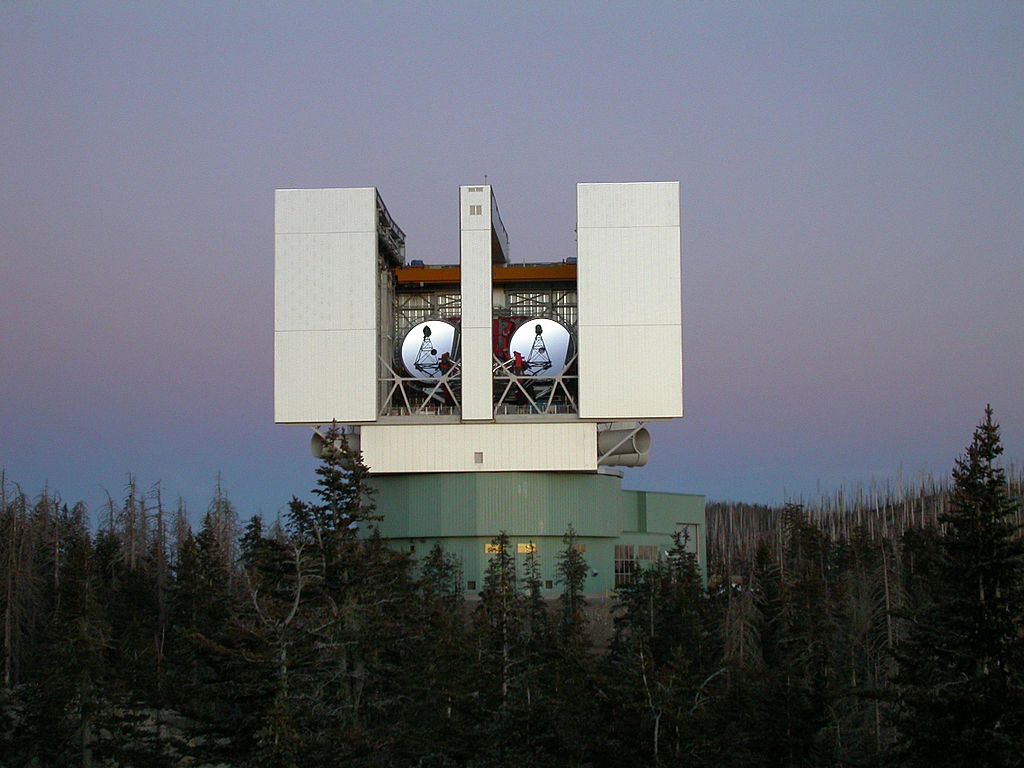 I’ll be the first to admit that I have a soft spot for the LBT, since I often use it in my own work. It’s not the biggest telescope in the world (the GTC beats it by 2 meters) and it’s not the largest twin telescope either (that goes to the Keck telescopes). But the LBT is special. It’s 8.4 meter mirrors are the largest single piece mirrors in the world (beating Gemini by 0.2 meters) and, uniquely, both mirrors are on a single mount. This makes the LBT the largest telescope on a single mount in the world. And also allows for something amazing. As often done in radio astronomy, the light from both mirrors in the LBT can be combined using the LBTI (Large Binocular Telescope Interferometer). By doing this, the LBT can act like a telescope with a diameter of 22.8 meters! That is absolutely massive, and blows the likes of Keck and the GTC out of the water, meaning the LBT punches well above its weight. But it’s still not the best in class… 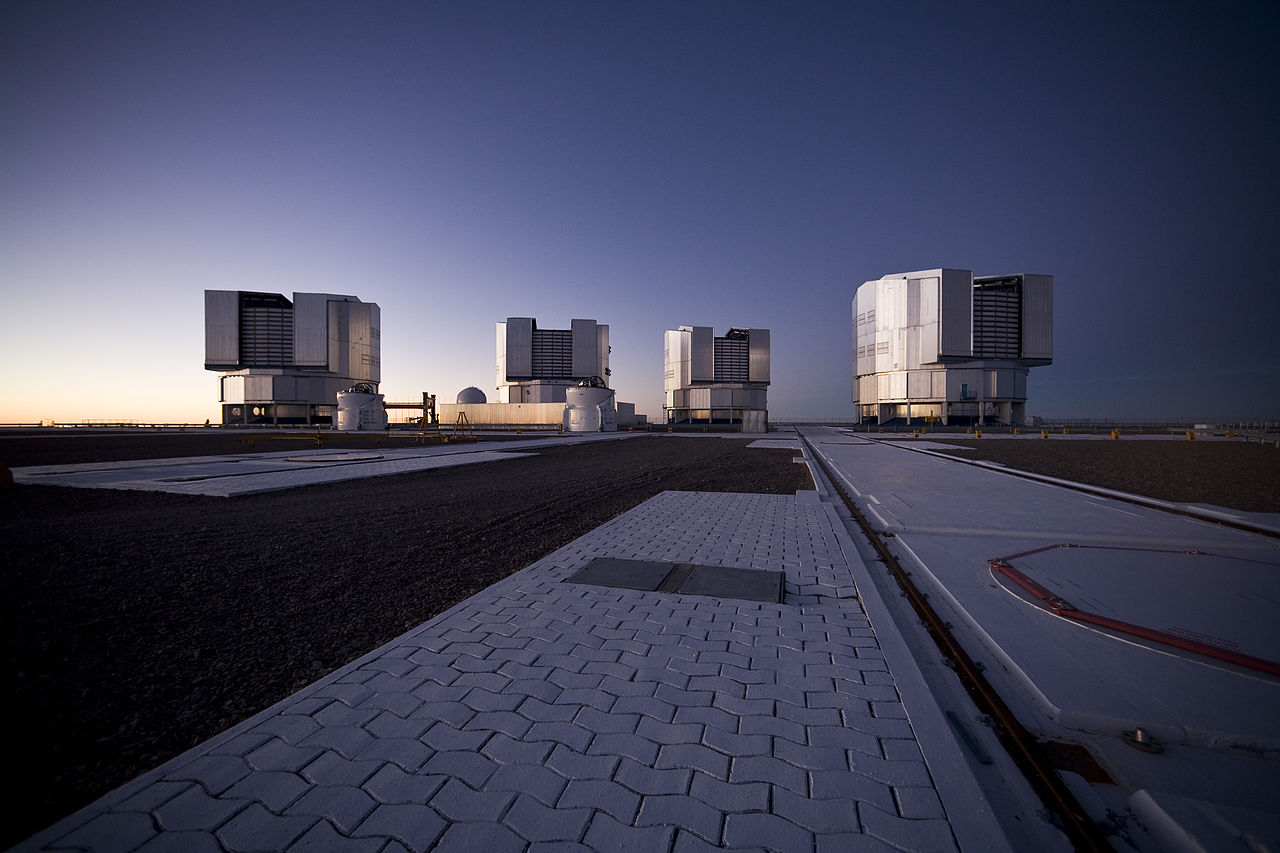 The four main units which make up the VLT, on Cerro Paranal in Chile (credit: ESO/H.H. Heyer (CC BY 4.0))

The Very Large Telescope is not the largest telescope in the world. It doesn’t have the largest single piece mirror. It’s not the largest telescope on a single mount. Even it’s name is not very inspiring or imaginative. It is, in all sense of the word, the underdog of telescopes in this day and age. Yet, the potential of this telescope rocks it to the top of this list. The VLT has fixed units housing the four 8.2 meter mirrors on Cerro Paranal in Chile. And just like with the LBT, the light of all four of these telescopes can be combined together, using the PIONIER instrument. When this is done (and it’s not done often due to how complex it is), the telescope can act like a telescope with a diameter of 130 meters. An order of magnitude bigger than the world’s largest telescope, 5 times bigger than the LBT when it’s working its magic, and still bigger than the 30-40 meter class telescopes currently being built….nothing compares to the VLT. But that won’t stop us from trying to top it in the future.

Hi, I'm Mark Kennedy, Lindau Alumnus 2016. I'm a Naughton Fellow working on my PhD in astrophysics between University College Cork in Ireland and the University of Notre Dame in the US. My research focuses on interacting binary star systems, and what happens when white dwarfs become too massive (hint: they explode). I also enjoy reading, traveling and having craic in general.